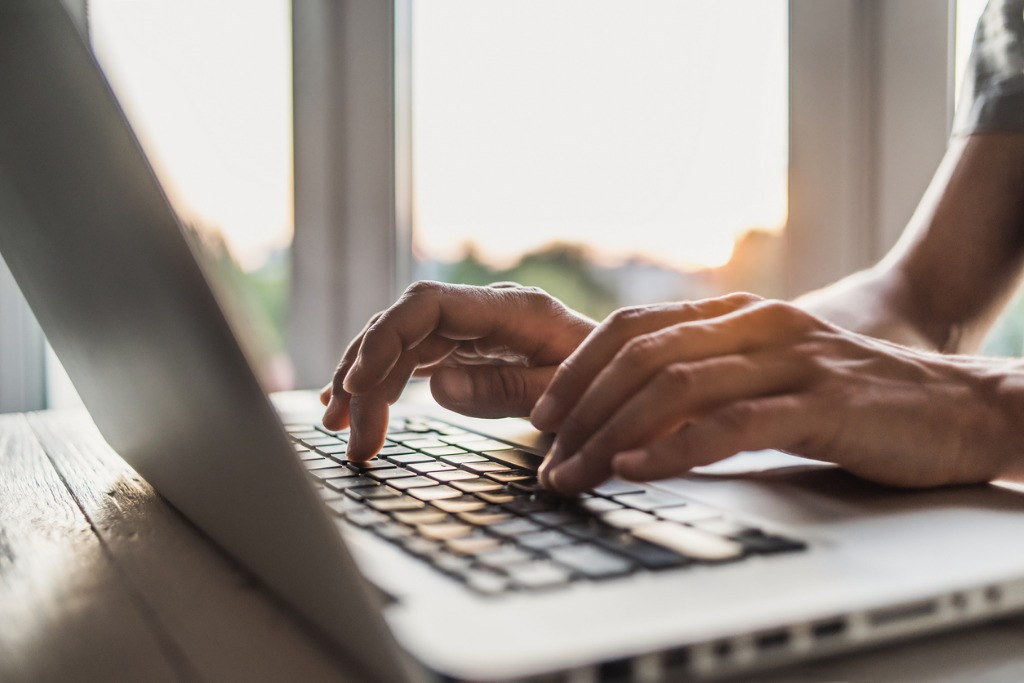 Photo by Poike via iStock

If you're a frequent reader on PhotographyTalk, you might already know that I was a hybrid PC/Mac user for years.

When it came to PCs, I could never seem to find as much success as I have on the Macbook side of things.

With that said, the world of PC laptops is much better now than it has been in the past. In fact, I now have what I consider to be one of the best laptops of any kind sitting on my desk at this moment!

But before I got my hands on my current PC laptop, I did tons of research. Let's have a look at five of the best PC laptops money can buy in 2020 based on my vetting process. 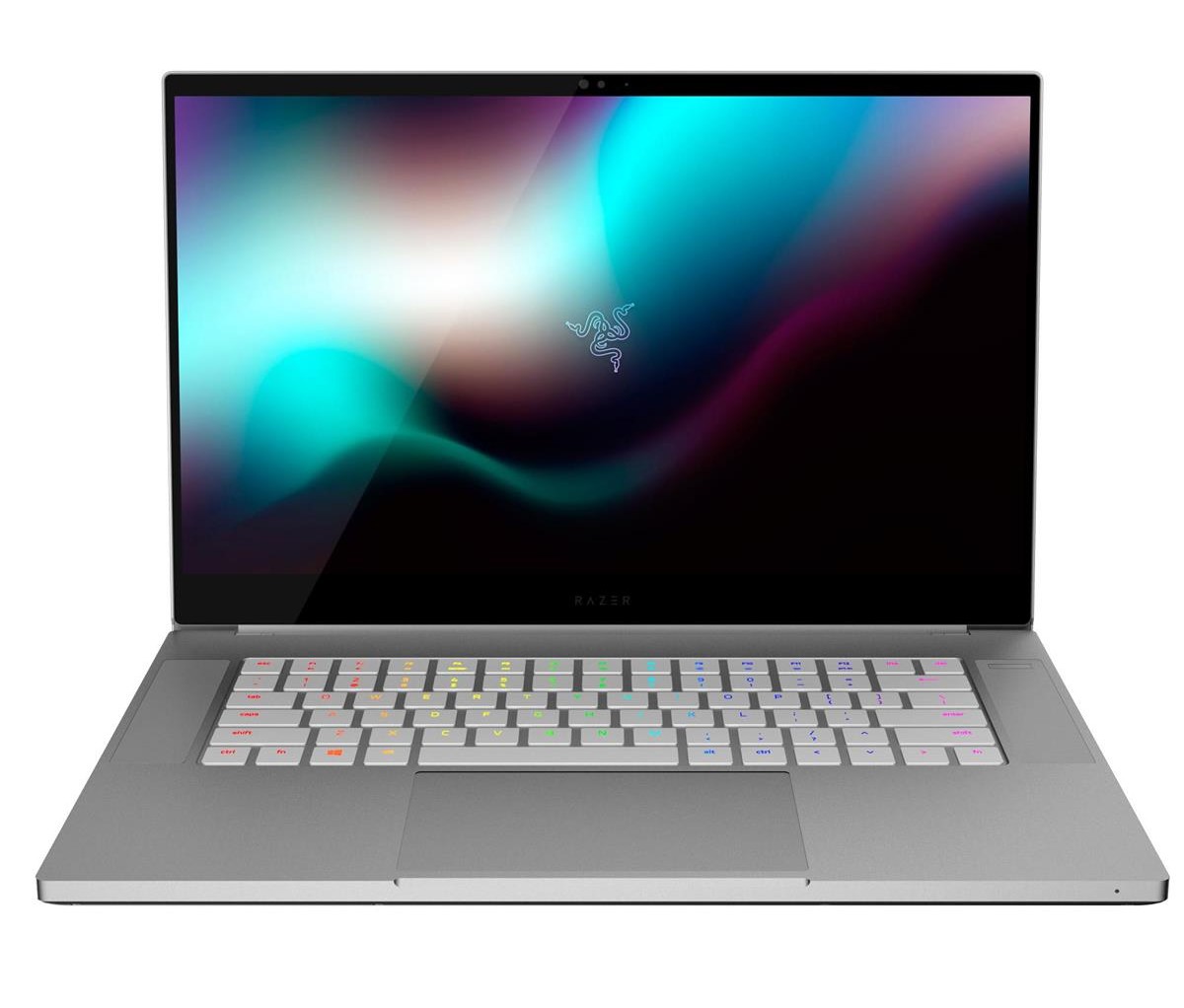 I've had this computer for about a month now, and it is an absolute beast.

There are plenty of reasons why this laptop is at the top of my list, but the biggest reason is the graphics card.

The Nvidia Quadro 5000 GPU is one of the best in the business. Seriously...this is something that Hollywood movies are made with!

This particular model has 32GB of DDR4 RAM, 1TB of lightning-fast SSD storage, and a 9th-generation Intel processor with six cores. 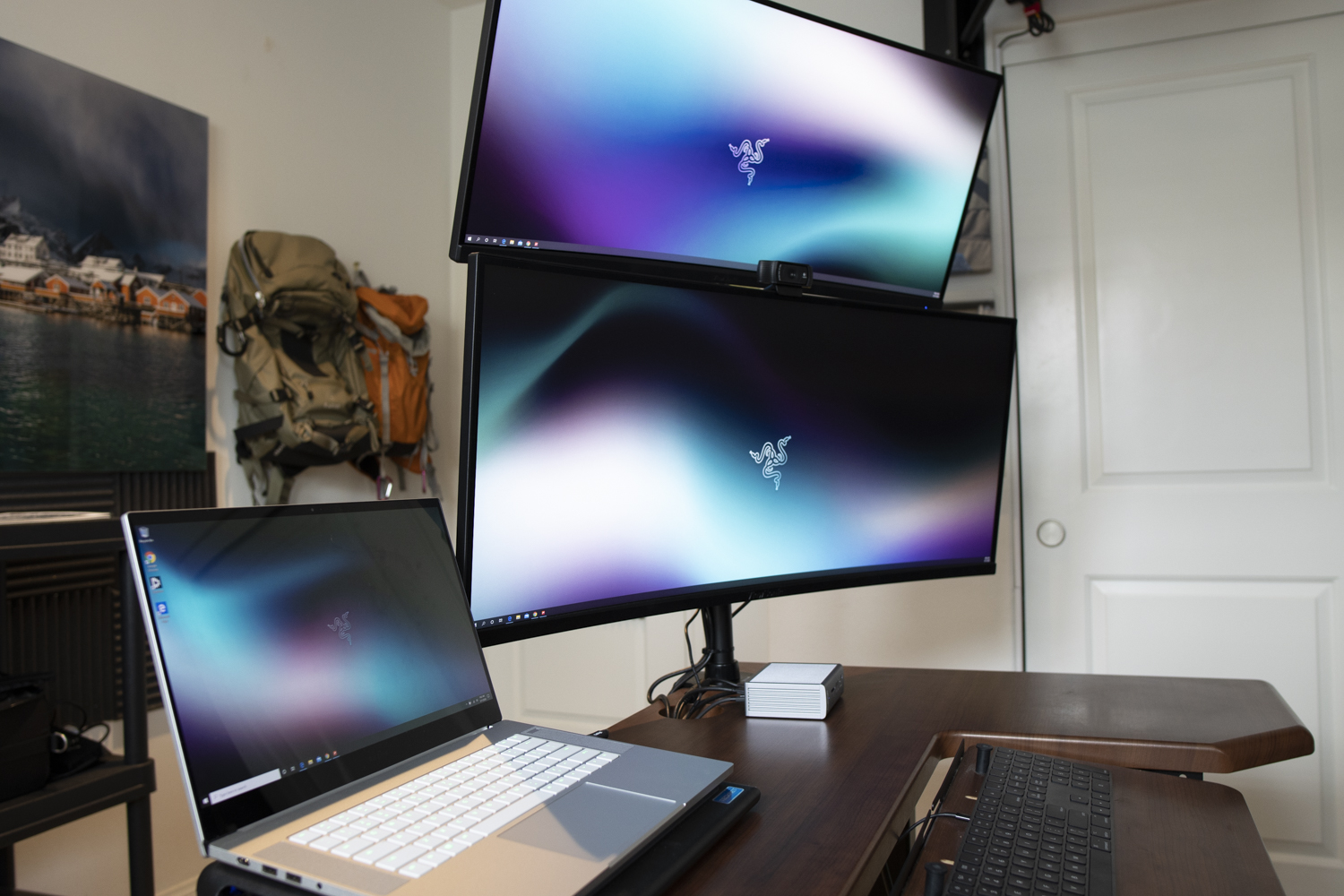 Honestly, every task I've thrown at this thing, it has handled easily. That includes heavy-lifting for editing videos - it has eaten up these tasks and spit them out!

If you need a PC laptop that can handle your heavy-duty video tasks, this one is it!

I'll have a more detailed review of this laptop coming up soon, so stay tuned for that.

Editor's Tip: Laptops aren't exactly cheap. If you have old photography gear lying around that you no longer use, you can sell it to help finance your new PC! Gear Focus is my choice destination for selling old gear. It's a site built by creatives, for creatives, with a specific focus on building a community where you can buy and sell gear with complete confidence. Gear Focus makes it easy to list and sell your gear, and with built-in fraud protections, you get all kinds of peace of mind with each transaction. Head over to Gear Focus to see just how easy it is to get rid of your old photography gear! 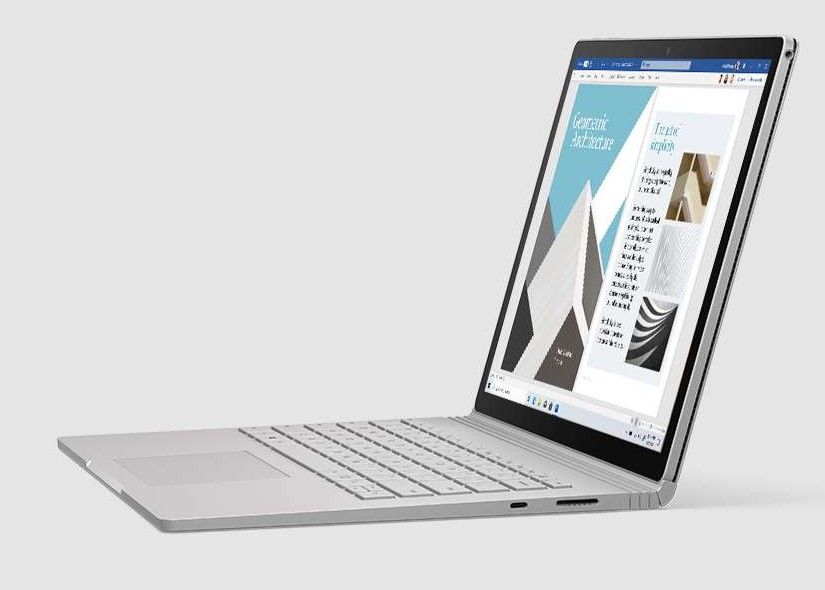 *Update* - I had to include the newly-announced Surface Book 3 on this list!

When I was looking for the best PC laptops, the Surface Book 3 hadn't yet been announced. But from the looks of it, this is a very serious contender for folks that need a powerful PC laptop.

You get the same versatility as past Surface Books, but with plenty of updates that include 10th-generation Intel processors, up to 32GB of RAM, the option of Nvidia GeForce graphics, and the choice of a 13.5-inch or 15-inch PixelSense display.

This PC laptop was purpose-built for creative people, and it will surely be able to handle any work you throw at it in your favorite photo or video editing software.

Best Feature: Versatile design with more power than ever

I've never been a huge fan of Dell, but I have to admit that the XPS 13 is a really, really good PC laptop.

It's got 10th-generation Intel Core processors under the hood, with integrated Dell graphics that make it a solid option for photo and video work.

It's smaller than previous XPS iterations, and weighs less too, despite being beefed up in the specs department.

This particular model has a larger keyboard and trackpad - both huge bonuses - as well as 12 hours of battery life.

The updated 13.4-inch screen is easy on the eyes, too. 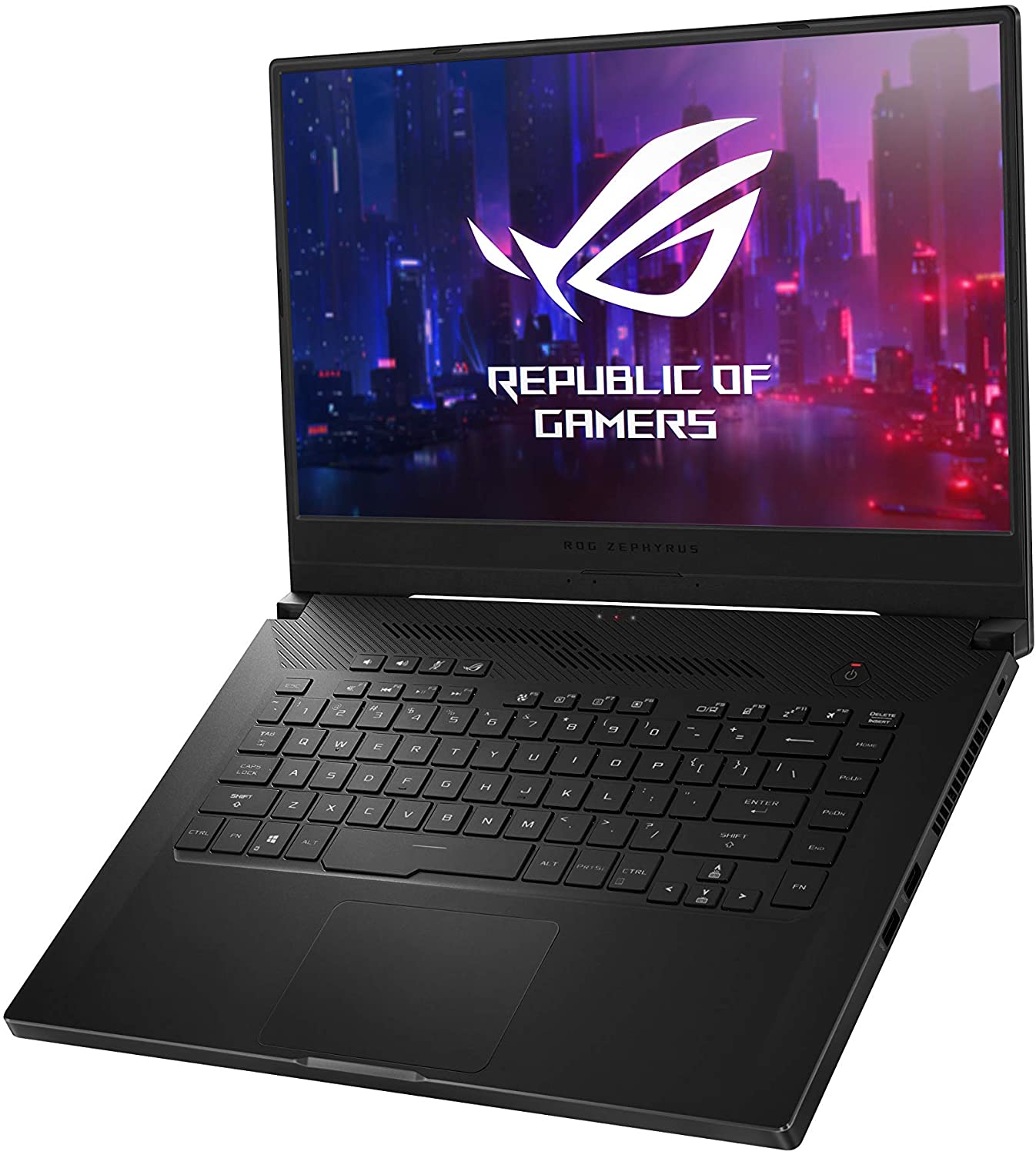 One of the biggest reasons why this rig is on my list of the top PC laptops is the combination of its AMD Ryzen 7-4800HS processor and Nvidia GTX 1660 GPU.

This PC laptop certainly has the power to deal with the heavy lifting of editing photos and videos!

I also like the fact that this laptop has hugely fast SSD storage, a very well designed and built keyboard, and pretty good speakers to boot.

And while aesthetics aren't a huge deal, this laptop looks fantastic! 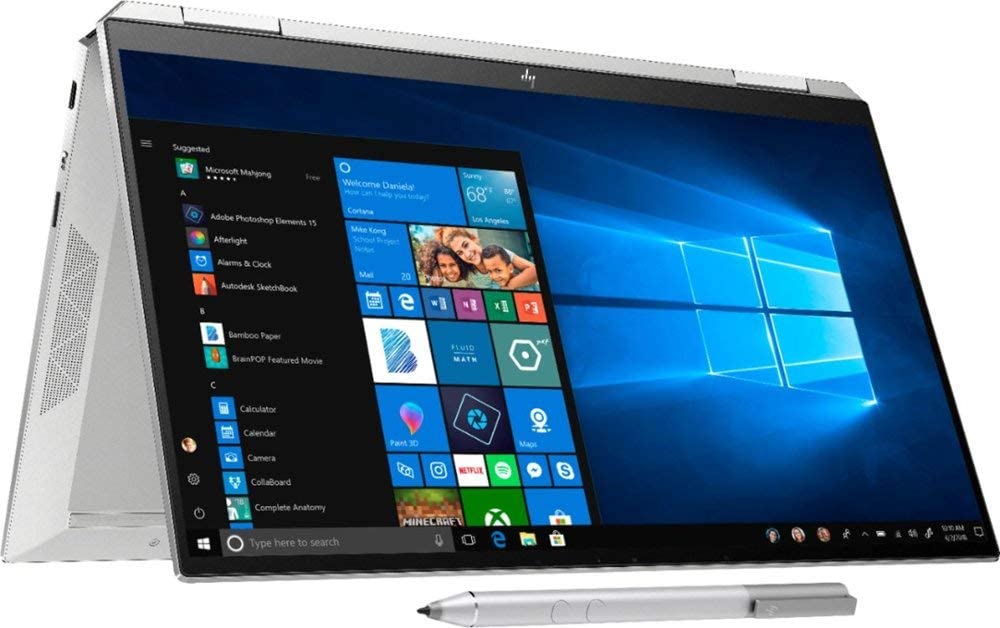 If the Microsoft Surface Book 3 isn't your style, you might try this hybrid laptop instead.

It offers excellent performance in a smaller package than previous models. It's also better designed, if you ask me...

It's got an Intel Core processor paired with an Intel Iris Plus GPU.

It's hard to beat the versatility of a 2-in-1 laptop, too!

And as far as design goes, I personally think this is one of the nicest looking laptops currently on the market.

Worst Feature: Gets a tad hot