Want an Affordable Mirrorless Camera? The Fujifilm X-T1 Is It 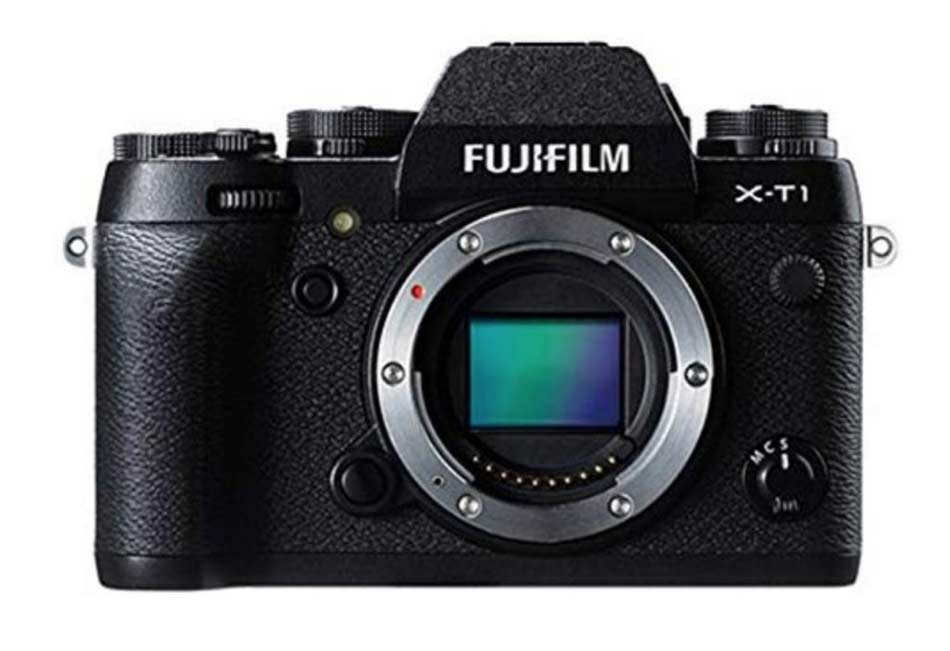 The Fujifilm X-T1 turns 6-years-old this month, so why won’t people stop talking about it?

Well, mirrorless cameras are blowing up right now. Everybody wants one, but not everyone can actually afford one since the average mirrorless camera coming out in 2020 runs anywhere from $1,000 to $3,000.

Which brings us back to the Fujifilm X-T1. Since it is now 6 years old, it’s relatively cheap, and since camera technology isn’t progressing as quickly as it was in the 2000s, it still features almost everything your average photographer needs.

So, let’s dive into our full Fujifilm X-T1 review to see if it has the features you need. 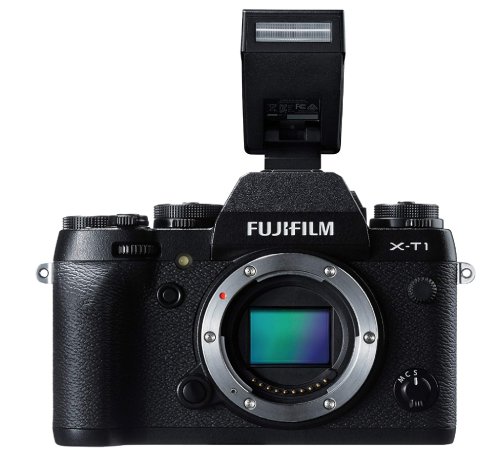 The Fujifilm X-T1 dropped in January of 2014 to critical acclaim. Firstly, Fujifilm’s X series has been surprising photographers since the series began, so it wasn’t shocking that the Fujifilm X-T1 followed suit.

The Fujifilm X-T1 aesthetically appeals to those looking for a traditional SLR body, and it was the first in the X series to do so.

The body is 5 inches wide, 3 inches tall and just under 2 inches thick, which makes it compact but heavy enough to be an everyday camera. 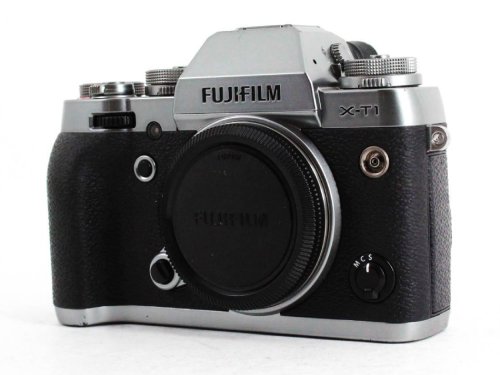 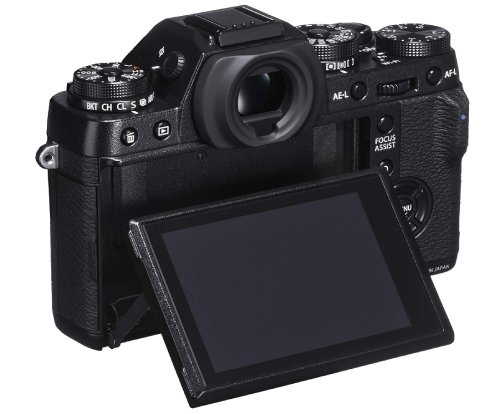 While the aesthetic of the Fujifilm X-T1 is fun, the truly impressive part about Fujifilm X-T1s design is that there are so many controls on such a small body and it somehow doesn’t feel cramped.

There are a total of five dials, six function buttons and multiple switches that control the focus, metering, and physical drive.

With all of these controls, something is bound not to work beautifully and there are a few annoying Fujifilm X-T1 features to think about. Namely, the four-way buttons on the rear of the camera are quite small, so if you’re clumsy or have chubby fingers you may end up pressing something you don’t mean to. 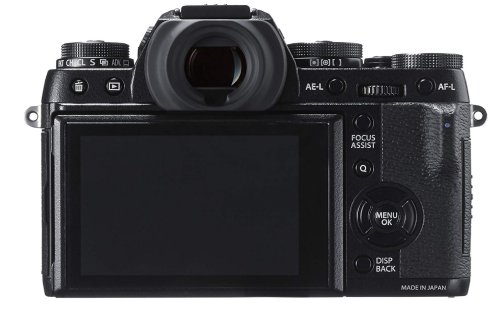 However, you can always customize your camera so you don’t need to use this four-way button as often. That’s another thing I love about the Fujifilm X-T1 design, much of it can be customized to each individual photographer.

For example, you can set functions to the front buttons instead of the back buttons like I talked about above.

Plus, even if you don’t customize the camera straight away, you can control absolutely everything about your shooting experience without ever looking at your screen because of all of the function buttons.

I briefly discussed the sizing of the Fujifilm X-T1 previously, but the size of this mirrorless camera is a bit misleading because it is still as sturdy as a much larger beast.

The magnesium alloy body means the camera is light at just under 1 lb, while being weather-proofed and sturdy enough to take some dings. 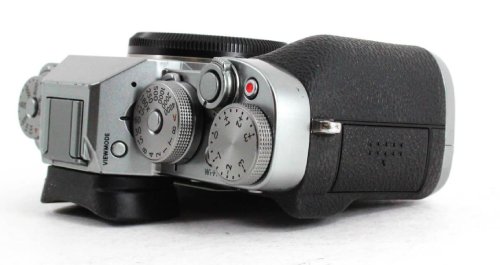 It’s also rather comfortable to hold thanks to its vintage SLR design. The one issue I have with the ergonomics of the Fujifilm X-T1 is that the shutter button is located on the top of the camera which requires an awkward twist of the hand to shoot, but this is currently the trend with cameras blending a traditional style with modern technology.

This cinematic video test of the Fujifilm X-T1 by CF_PX showcases everything there is to love about its video performance: crisp footage and bright coloring.

However, the battery life on the Fujifilm X-T1 leaves something to desire while shooting video. In fact, if you’re purchasing the Fujifilm X-T1 for video, you should know you’re going to need an additional battery and factor that price into the overall price of the camera.

This cinematic video test of the Fujifilm X-T1 by CF_PX showcases everything there is to love about its video performance: crisp footage and bright coloring.

However, the battery life on the Fujifilm X-T1 leaves something to desire while shooting video. In fact, if you’re purchasing the Fujifilm X-T1 for video, you should know you’re going to need an additional battery and factor that price into the overall price of the camera.

And, if you’re looking for tips on shooting video with the Fujifilm X-T1, check out this video by Seth K. Hughes. 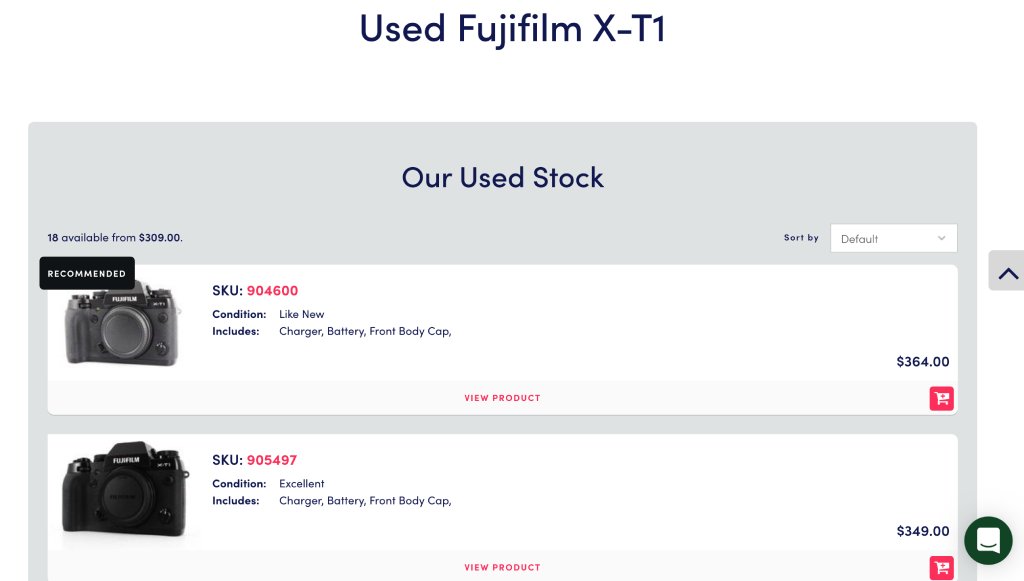 Unfortunately, since the Fujifilm X-T1 dropped six years ago it is no longer available new since Fujifilm stopped producing them.

However, there are a slew of Fujifilm X-T1s in excellent condition on used camera sites, like MPB.

I always check MPB before other camera retailers because they typically have the cheapest prices on their used camera gear and I trust their rating capabilities more than any other companies.

I’ve never been surprised after reading a review on MPB and purchasing a product. I always know what I’m getting.

Plus, instead of purchasing a brand new mirrorless camera in 2020, you can use MPB to purchase a Fujifilm X-T1 since the Fujifilm X-T1 price is around $350. 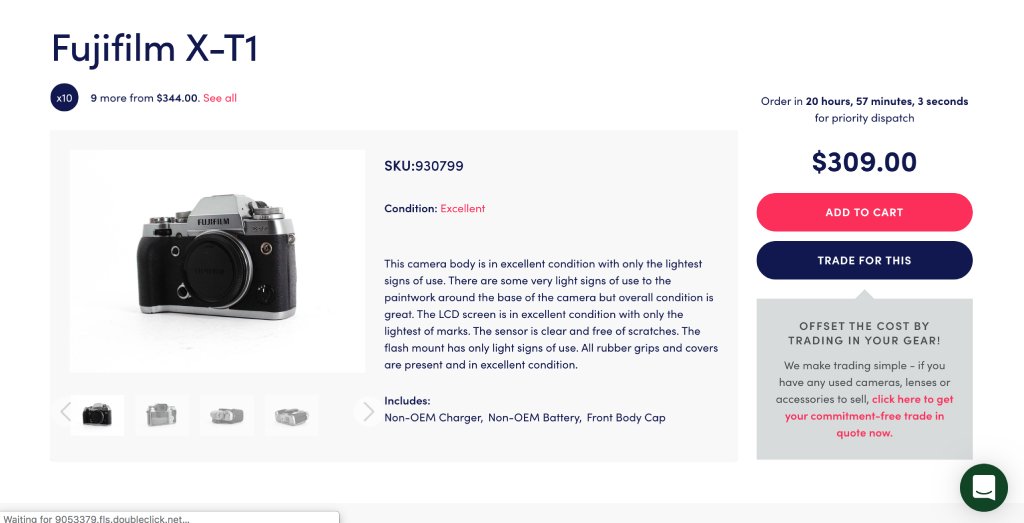 The cheapest Fujifilm X-T1 currently available on MPB is just $309 (and it’s in excellent condition).

But, don’t worry if this one is gone by the time you get to it because there are over a dozen for sale around $350.