When Was Color Photography Invented? 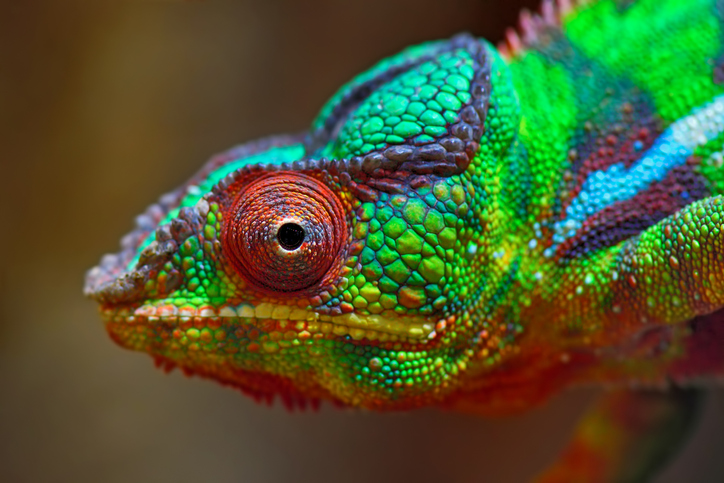 photo by Freder via iStock

The history of photography is a fascinating subject, more detailed than one might expect.

Overview of the Timeline of Photography 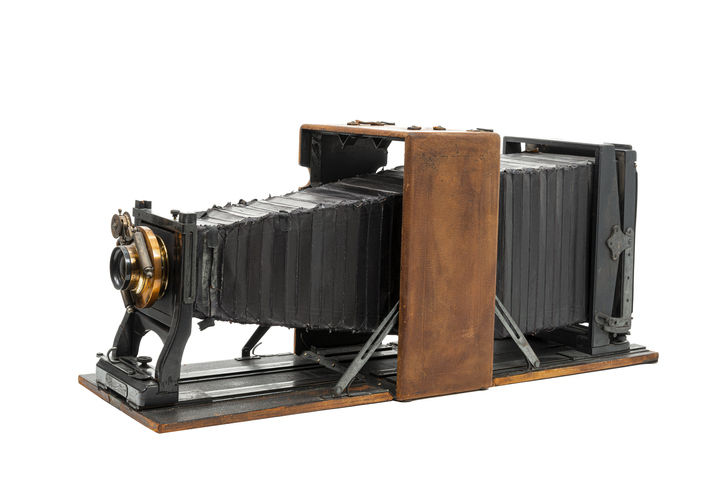 photo by WendellandCarolyn via iStock

Asking when was color photography invented opens up a large door of interesting subjects. The first color photo methods actually predate the use of color film.

Answering when was color photography invented involves seeing photography as a blend of multiple disciplines. It involves Arts, Science, Mathematics, Chemistry, Optics, Physics, and a healthy dose of Craftsmanship. 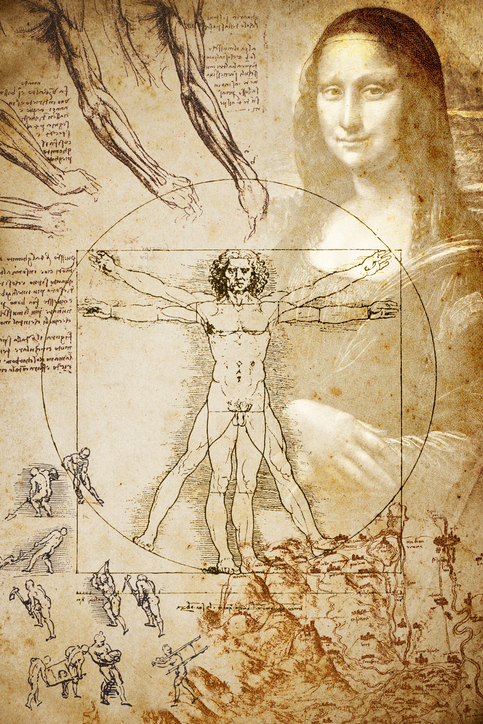 photo by ilbusca via iStock

The history of photography starts long before the first photograph was taken. In the 5th Century B.C.E., that’s right, before the common era (the scholarly way to say it as opposed to BC or before Christ), Chinese philosopher and scientist Mozi described what would eventually be labeled ‘camera obscura’ in a manuscript dated 1604 C.E. (C.E. or common era is the new AD, for the record).

Mozi described what and a little bit of why you could see an image of a bright exterior scene on a dark interior wall when the light from that scene passed through a tiny hole (pinhole) in the wall separating the two.

Aristotle talked about it, Leonardo da Vinci sketched out several plans for one, and the idea can be found talked about and illustrated in many illuminated manuscripts throughout the Middle Ages.

A standard method to use one was to trace on paper what was projected through the pinhole. As the science of optics grew, pinholes were replaced by simple lenses. People were drawing by hand what the light was showing them.

When Galileo had the brainstorm to put two lenses inside a tube and point it at the heavens, modern observational Astronomy was released into the world of deep thinkers. The camera obscura technique could easily be applied to work in astronomy, and in 1604 C.E. our friend Johannes Kepler actually put in print the term ‘photo graph’ or drawing with light to describe what they were all doing. 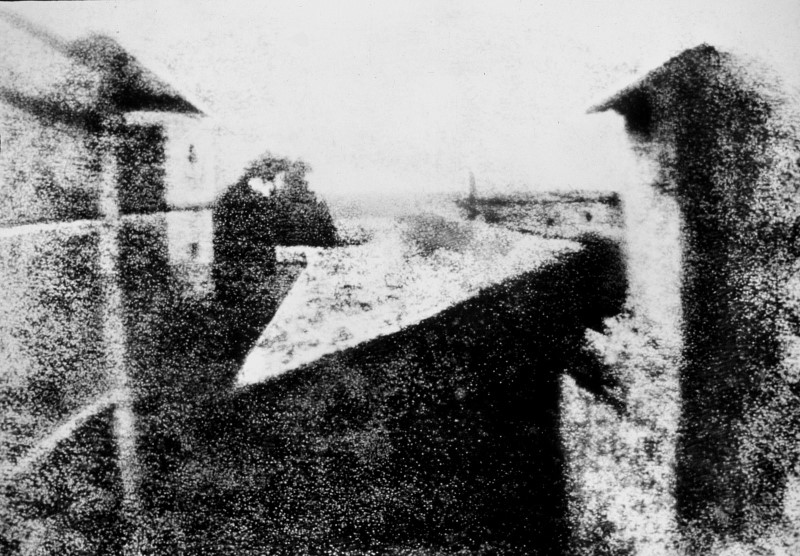 A way was sought to have the light itself actually somehow make the impression instead of tracing it out. Light-sensitive materials were experimented with for several decades and lots of good ideas came up virtually simultaneously.

The earliest known surviving actual photograph was made by French inventor and experimenter Joseph Nicéphore Niépce in 1827. The photograph is named View from the Window at Le Gras and the exposure time is estimated to be between 8 hours and several days.

The inventions and popular acceptance of the photographic processes developed by louis Daguerre and Henry Fox Talbot, daguerreotype on metal and calotype on paper, made photography repeatable and relatively affordable. Glass plates, wet and dry, were also used for photography sometime after this. 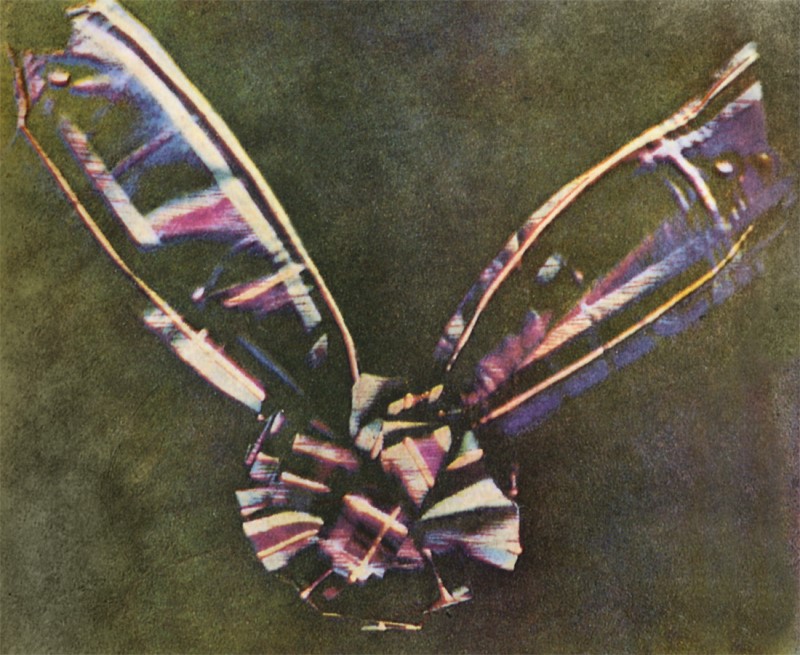 Remember, all of this was before film on celluloid stock, such as the 1888 Kodak “You press the button, we do the rest” released in 1888, one year after roll film manufacture was finally perfected.

So, now we get to talk about when was color photography invented, and when were color photos invented. Yeah, those are actually two different questions and answers.

Those early glass and metal plates and paper processes were all monochromatic. Notice I didn’t use the phrase black and white. Because many of those processes produced images that carried the color of the substrate, what they were based on.

Even a glass plate image often had a color cast from the chemical pastes applied to them. A sepia tone or a tinny tinge was most common. How were we going to make color images? 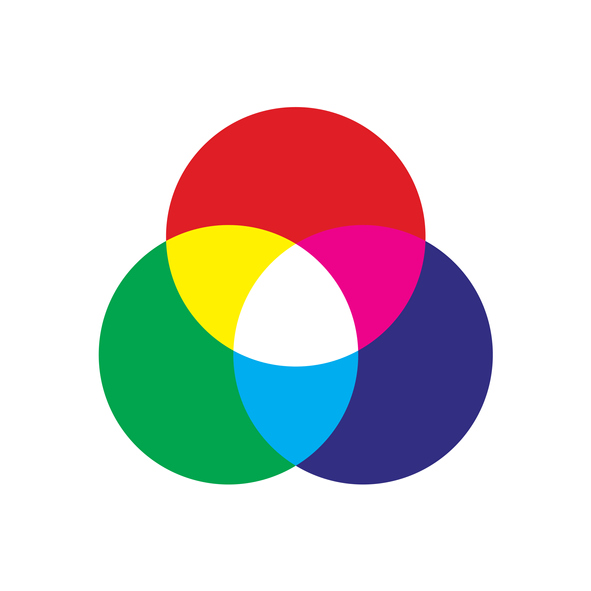 photo by petrroudny via iStock

In the latter half of the 19th Century, two competing yet complementary ideas were expanded to enable true color photography and not simply dyed or hand painted monochrome pictures. Additive color and subtractive color.

Both theories and both methods worked because of the duality of light as particles or photons, and waves or color frequencies and wavelengths. Told you physics was a part of this.

I guess it was a lot more difficult than they originally thought. Several technologies were invented in the late 1800s and early 1900s, such as the Sanger Shepherd process, Autochrome, Kromskop (Chomescope), and other processes pioneered by Hermann Wilhelm Vogel and Louis Ducos du Hauron. 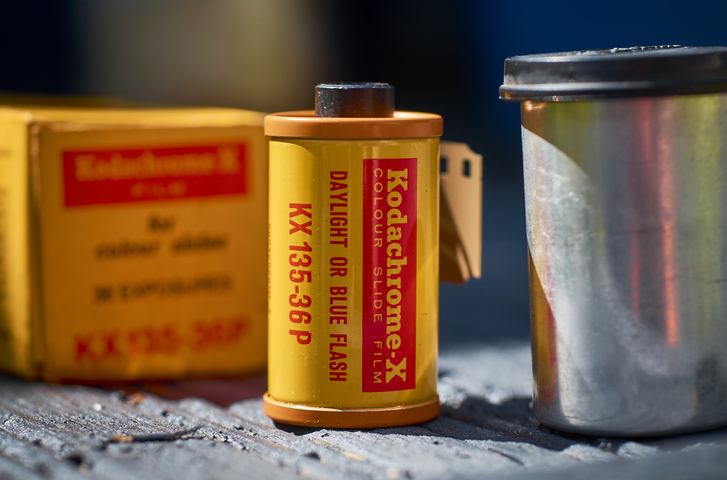 photo by lenscap67 via iStock

Color film was restricted to sheet film for a while due to the initial difficulties in manufacturing it. For the first roll films, photographers were dealing with tri-pacs and bi-pacs as negatives for being printed as low-resolution color photos.

One of the earliest, if not the absolute first, integral color film for positives (chromes or slides) was introduced in rolls in 1935 for small format movie film by our friendly photographic monolith, Kodak.

One short year later, 35mm Kodachrome roll film for still photography was introduced and it stayed the industry-standard until Momma took my Kodachrome away with the dominance of advanced digital photography.

That’s the convoluted and I hope interesting story behind the answer to the seemingly simple question: “When was color photography invented?” If you liked that, let us know, we have all sorts of fun history lessons about photography of all types.