4 of the Best Interchangeable Lens Cameras Under $1,000 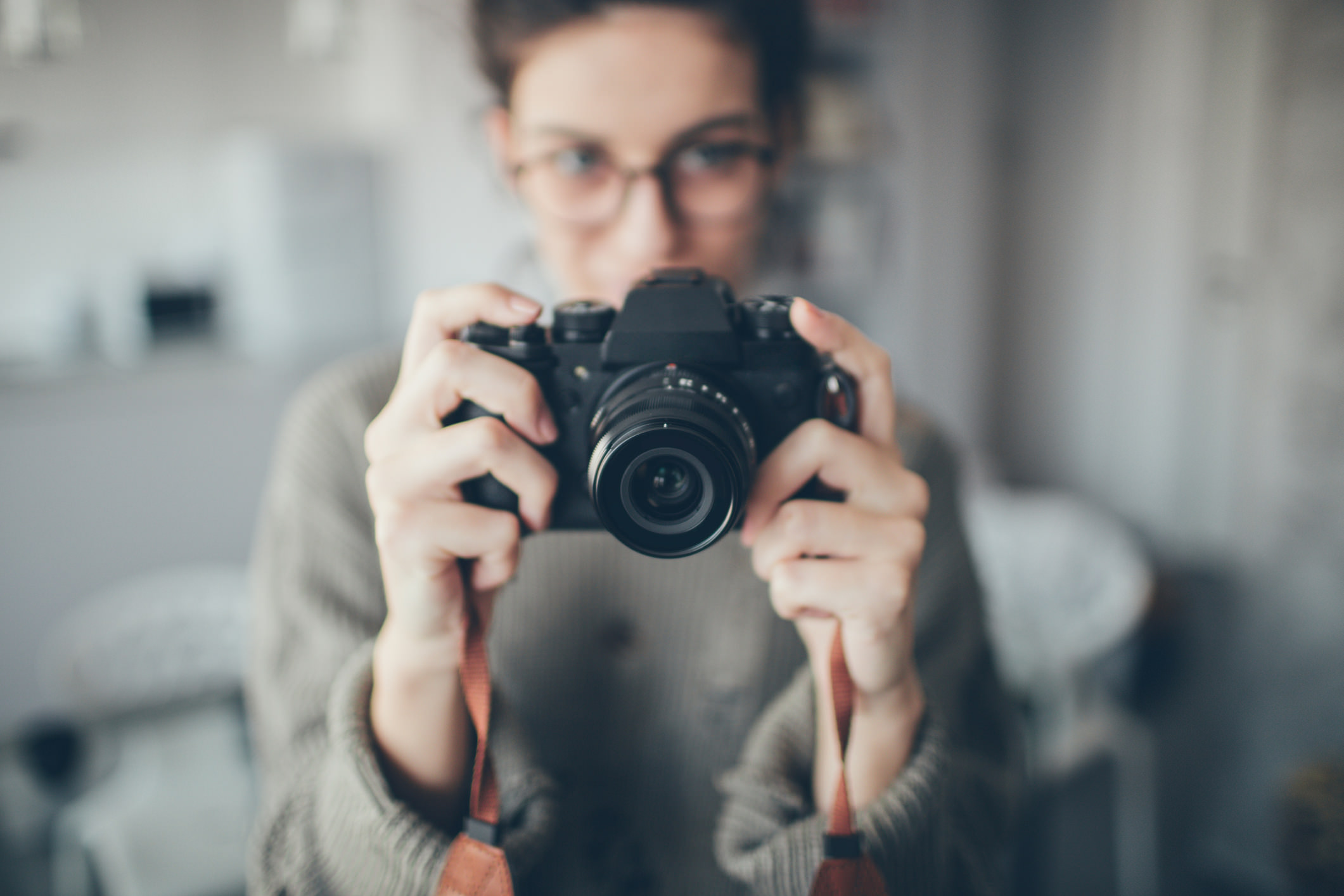 But just because most of us have a limited amount of money to spend doesn't mean we have to muddle around with subpar gear.

With that in mind, I've put together a short list of the best interchangeable lens cameras you can find for less than $1,000. 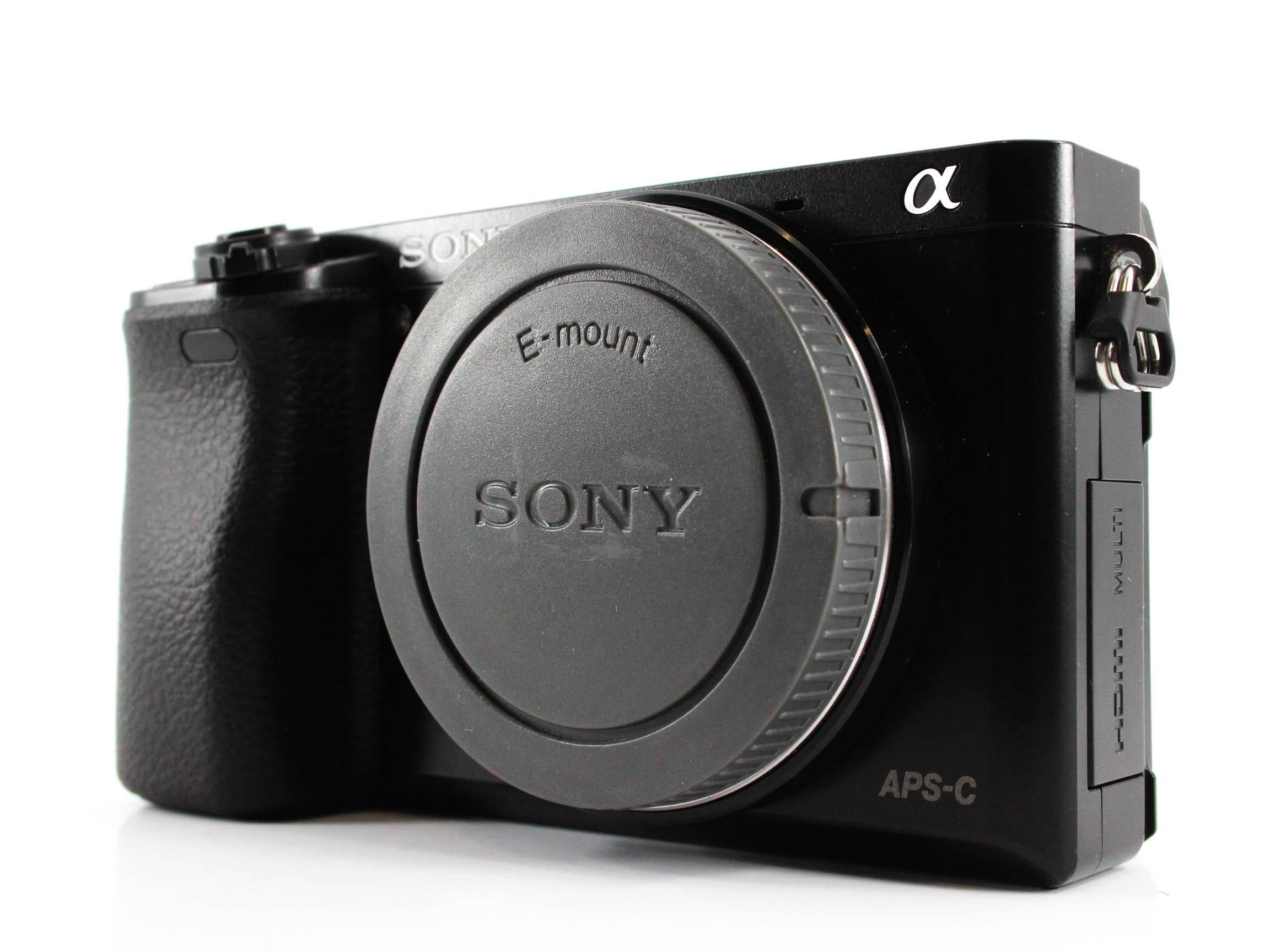 The Sony Alpha a6000 might be getting on in years, but that doesn't change the fact that it's still an excellent mirrorless camera.

With a 24.3-megapixel APS-C sensor and a fantastic hybrid autofocus system, this camera packs a punch that will have you singing its praises.

What's more, the a6000 has a gorgeous electronic viewfinder, a tilting screen, and dual control dials, all of which help you get the most out of the camera for improved photos.

Speaking of improved photos, the a6000 has great image quality in both JPEG and RAW modes. Though low-light performance isn't as good as other APS-C cameras, it's certainly not bad.

This is especially true when shooting in continuous autofocus mode, in which the a6000 does a stellar job of keeping focus on the subject, even if it's on the move. What's more, with such an extensive autofocus system that covers virtually the entire frame, the subject can move anywhere in the shot and the a6000 will do a great job of tracking focus.

Those are great features for any camera, let alone one you can buy used for well under $400!

Learn more about the a6000 in the video above by Erickson Films. 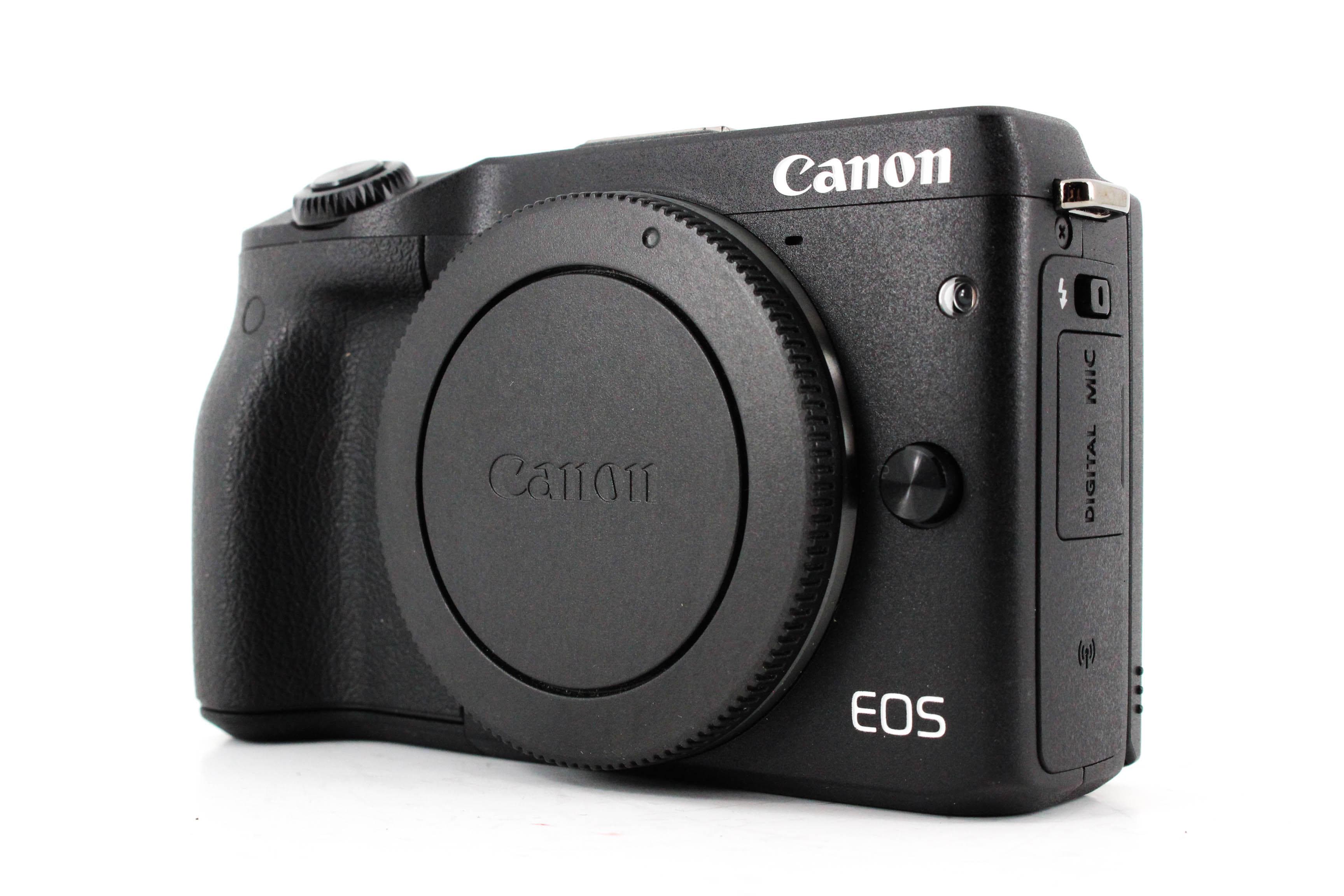 Canon has been late to the mirrorless party, but their EOS M3 camera is actually quite good.

It uses the same 24-megapixel APS-C sensor that's in the EOS Rebel T6s, but since the M3 is mirrorless, it's much smaller and lighter, giving a compact camera feel to a camera with far more than compact capabilities.

The M3 also utilizes the same 49-point hybrid autofocus system from the T6s, which, though it doesn't come close to the performance of the aforementioned Sony a6000's autofocus system, it still definitely gets the job done.

The rear screen is touch-based, which is nice, and it also flips out for easier viewing when shooting at odd angles. In fact, the screen can tilt 180-degrees upward and 45-degrees downward.

Given that the M3 uses the same sensor as more recent EOS Rebel models, it produces images that are toe-to-toe in terms of image quality, tonal response, and color.

The M3 also has surprisingly good low light performance, even when the ISO is boosted. Unfortunately, if you shoot in RAW, the dynamic range the M3 can achieve is below average.

In the end, the M3 is a solid choice for Canon shooters that want something small, light, and capable, and that has interchangeable lenses as well. See a complete review of the EOS M3 in the video above by Dustin Abbott.

Worst Feature: The autofocus system isn't as advanced as other models at this price point 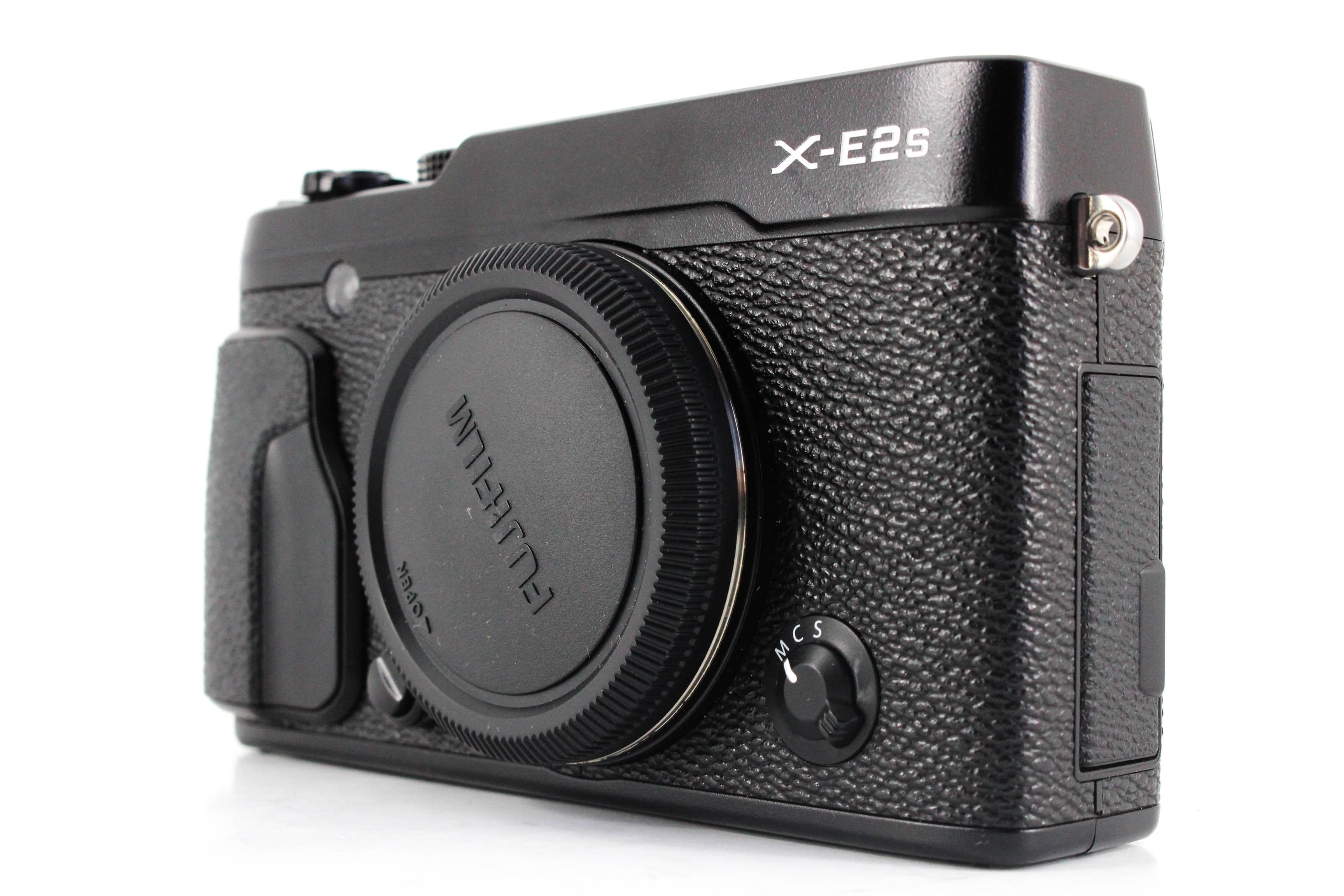 A mirrorless, rangefinder option for less than $1,000 is the Fuji X-E2s.

Although its 16-megapixel sensor isn't as large as others on this list, image quality - especially for JPEGs - is still quite good. In fact, the colors produced by the X-E2S are among the best of any of the cameras listed here.

Paired with the autofocus system from the higher-end Fuji X-T10 that has 15 phase-detect and 77 contrast-detect points, you have a responsive system for taking shots of still subjects and those on the move.

One caveat, though, is that continuous autofocus isn't as refined as other cameras on this list, so if sports photography is something you enjoy, this camera likely isn't the best bet.

Nevertheless, not only does this little camera offer excellent image quality, but it’s also an easy-to-use rig that’s ideal for beginner photographers. See it in action in the in-depth review above by Fuji Guys Channel.

Regarding build quality, the X-E2S is among the best on this list in terms of how it feels in your hand. The body is made of magnesium alloy and composite materials, so it feels well-built without feeling bulky.

The camera has an excellent grip too, which fills your hand more like a DSLR grip than one on a mid-range mirrorless camera. 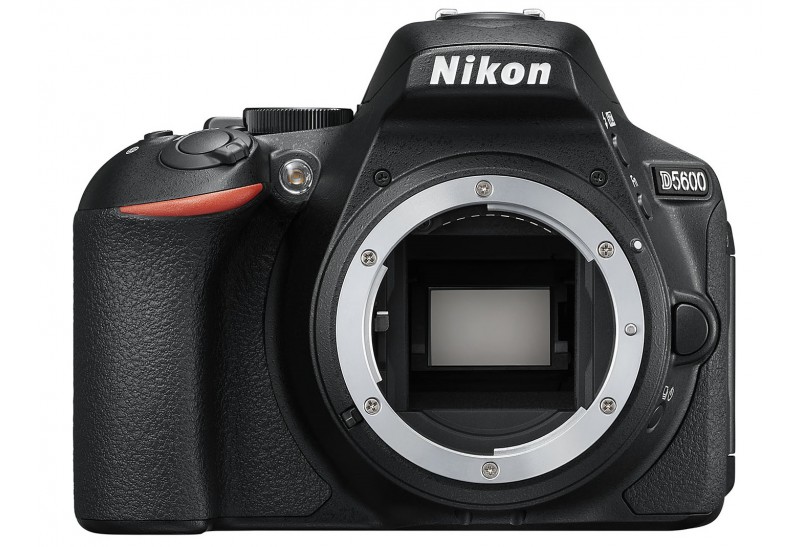 The final entry on this list of budget-friendly interchangeable lens cameras is the Nikon D5600, a new entry to the Nikon DSLR lineup.

This is Nikon's latest mid-range APS-C DSLR and features a fantastic 24-megapixel CMOS sensor that produces top-notch image quality, especially at this price point. Images are detailed and bright with excellent dynamic range and low noise levels, even at a higher ISO.

The D5600 is also very petite, so if you want a DSLR in a mirrorless-like body, this little camera is perhaps the way to go.

On the back is a 3.2-inch touchscreen LCD that's fully articulating, so you can more easily get stills and videos at awkward angles. To quickly share your images and videos, the camera includes Nikon's new SnapBridge technology that allows for wireless connectivity to connected devices.

Though the D5600 doesn't have the best autofocus system in the world, it is certainly serviceable with a 39-point system that does a decent job of tracking moving targets.

Continuous shooting is decent too at 5fps. The problem is that the camera's buffer rapidly fills up, so if you're in need of rapid-fire shots, you may find yourself waiting for the camera to catch up.

Despite that, the D5600 is a great choice for beginners and enthusiasts that want something that's easy to carry and easy to use too.

Check out the video above from Matt Granger for more insights into the D5600. 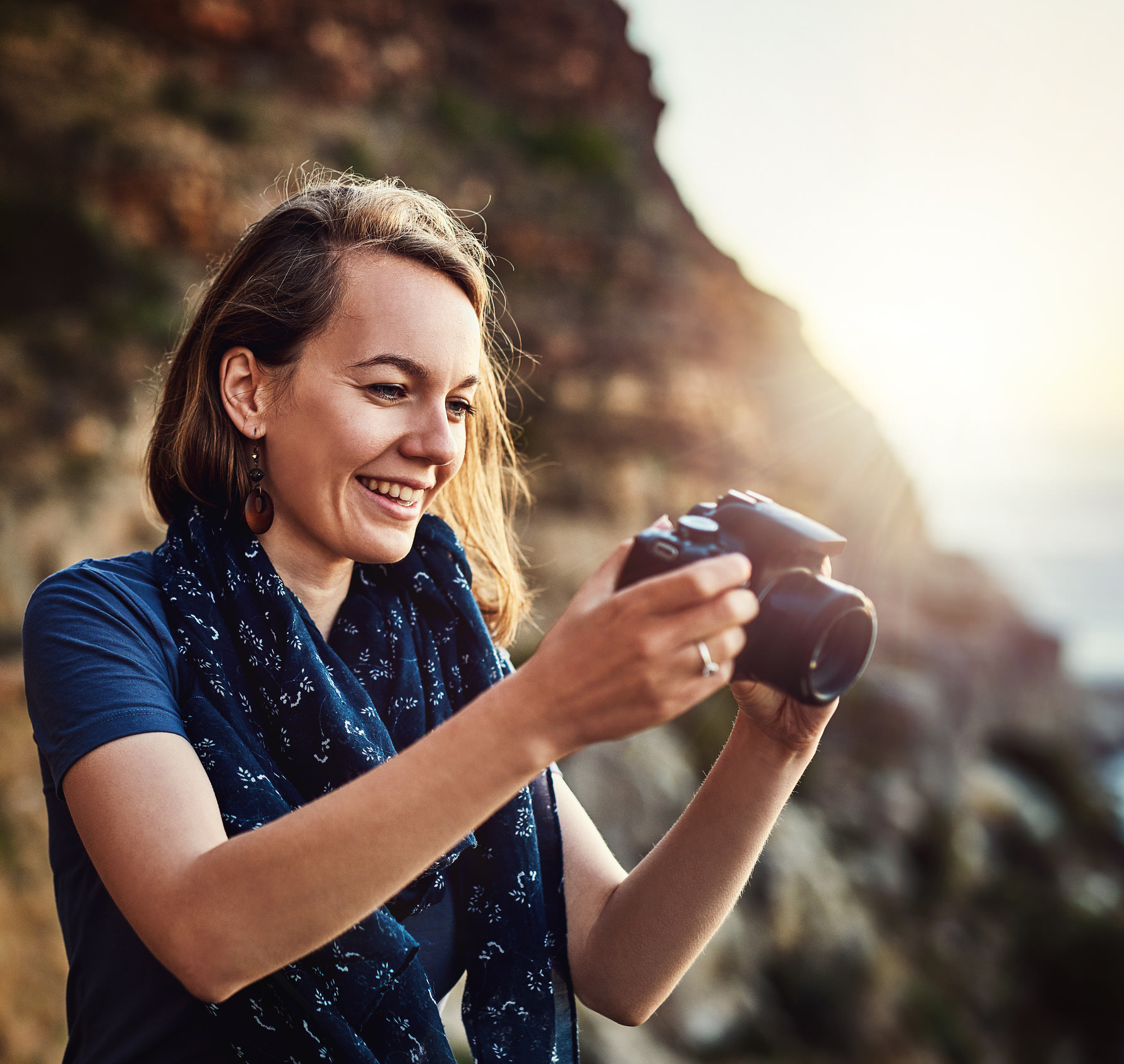 With that, you have four solid choices for an interchangeable lens at a budget price.

Even new, these cameras can be found for well under $1,000, but why not save even more money and buy a used camera?

Buying used is easier than ever before, especially if you work with a used camera dealer with a reputation for quality and service.

That way you can get more gear for your money, and fill out your kit with better gear too!