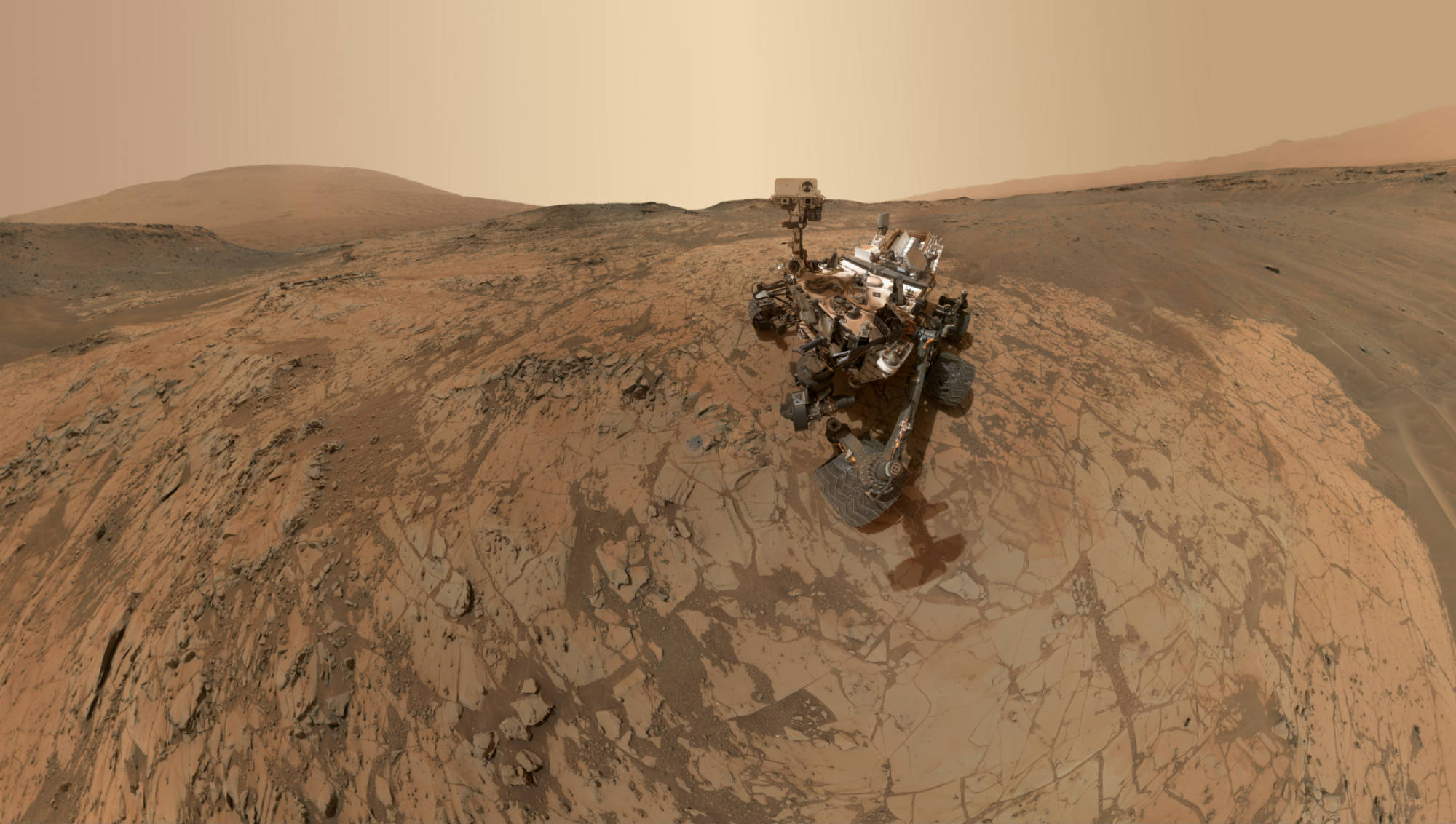 NASA has always had a penchant for the dramatic, and their latest photo from Mars is no exception.

For years, now, NASA's Mars Curiosity Rover has been wandering around the Red Planet, examining its surface, looking for signs of water and life, and generally opening our eyes to the alien world next door.

But despite all the incredible images that Curiosity has sent back to Earth, the one below might have caused the most frenzy. 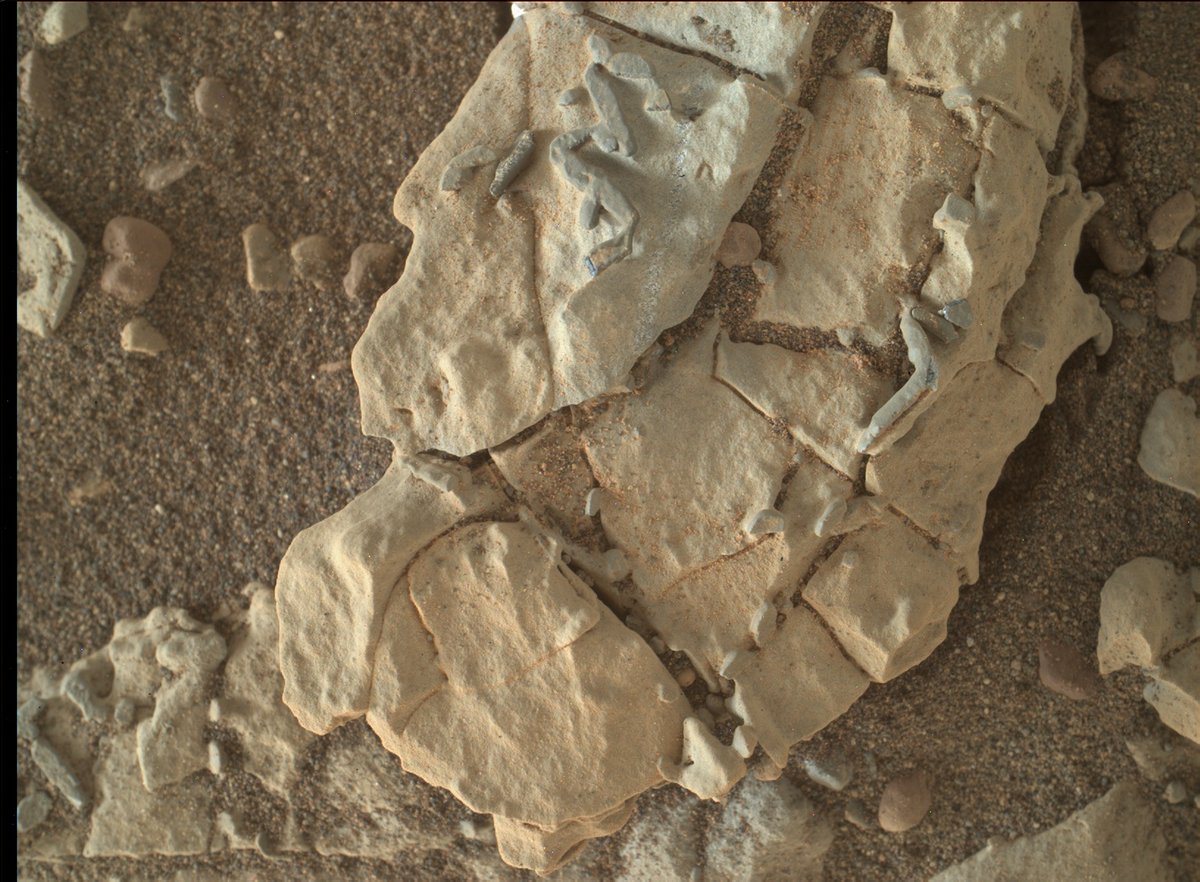 That's because it appears to show trace fossils, which are the stick-figure looking things you can see on top of the rocks.

"Trace fossil" is a wide-ranging term that refers to things that are left behind by long-gone creatures. That includes actual remains like bones, or it could be something like a footprint or pawprint, or even a burrow.

Looking at the image, you can imagine why some people think these stick figures - which are about one-quarter inch long - are fossilized burrows left behind by some extinct bug.

Oddly enough, Curiosity had already poked around the area in which it found these interesting structures, and had moved on.

However, the Curiosity science team felt they were interesting enough to warrant a second look. 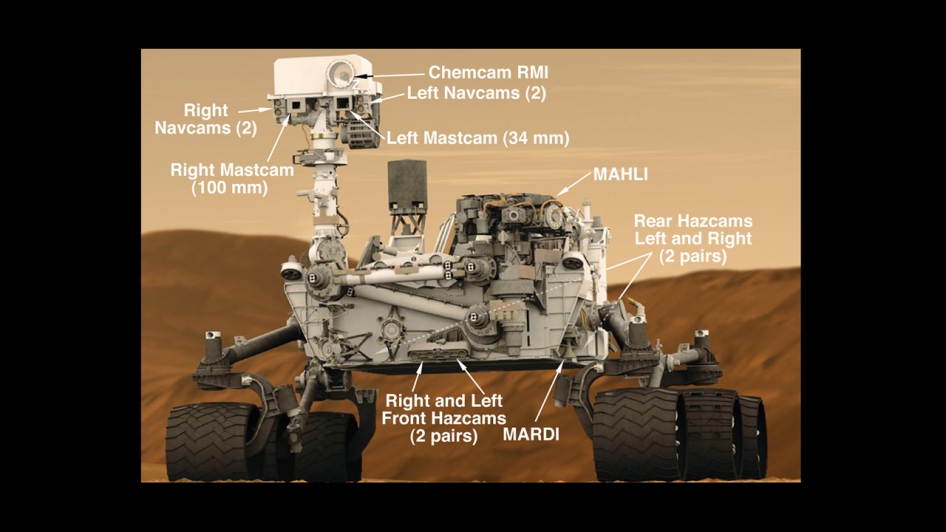 The MAHLI camera is mounted on a robotic arm that allows it to get up-close to features on the Martian surface.

Armed with a self-focusing, 1.5-inch-wide camera, MAHLI takes color images of features that are as small as 12.5 micrometers, which is smaller than the diameter of a human hair, thus the high-quality look at the "fossils" that have scientists so excited. 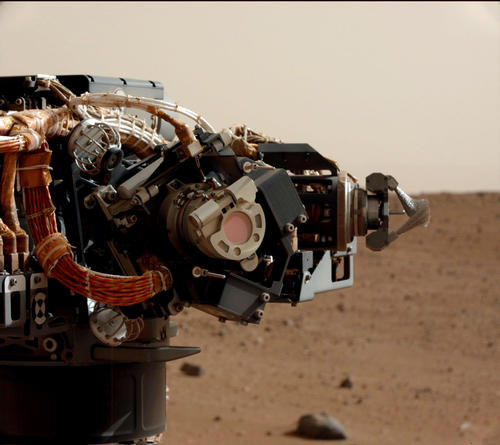 The point of the MAHLI camera is to help the Earth-based Mars Science Laboratory team to get a better understanding of the history of Mars' geology.

To extend its ability to do that, engineers outfitted MAHLI with white light and ultraviolet light sources, which allows it to function during daytime and nighttime.

Though some people here on Earth are already convinced that the formations in Curiosity's latest photo are evidence of past life on Mars, scientists aren't yet convinced.

It will take some time to analyze these structures before the Mars Science Laboratory team is ready to make a determination as to what these features might actually be.

Fortunately for us, Mars Curiosity Rover and its 17 cameras will be there to help further document this discovery - as well as future discoveries on the Red Planet.

You can stay updated on Curiosity's findings by following it on Twitter or visiting the mission page.

Via NASA and Mirror