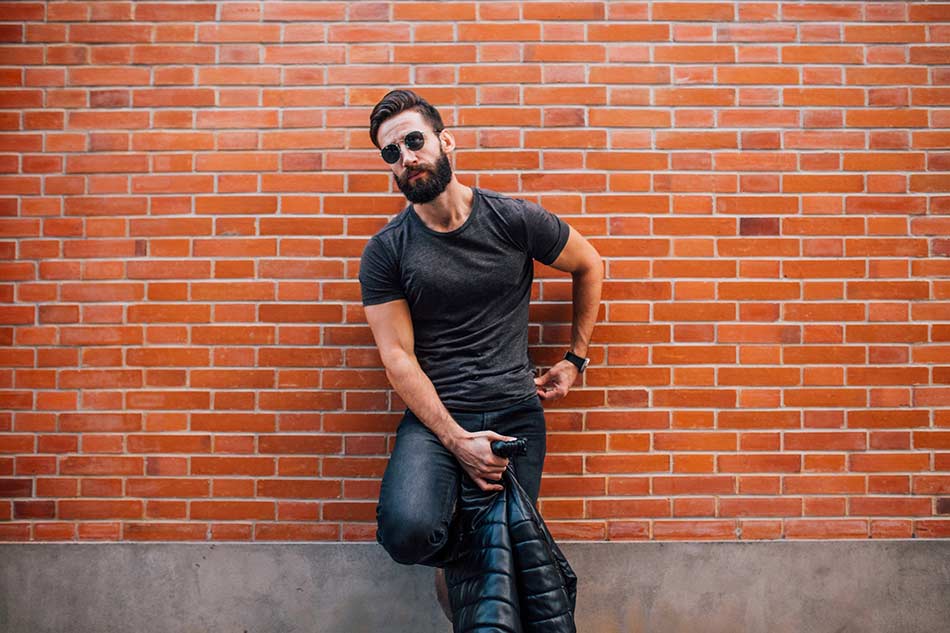 Photo by Hirurg via iStock

Male model poses - How to pose for pictures?

So, you've got a male model for a portrait and you're not sure how to pose them?

This is the guide for you...and anyone who is looking to do male photography.

There are all kinds of photo poses for men that you can use to create an eye-catching portrait of men of all ages, shapes, and sizes.

From sitting to standing, arms crossed to legs crossed, and many points in between, the following photo poses for men will make them look their best. 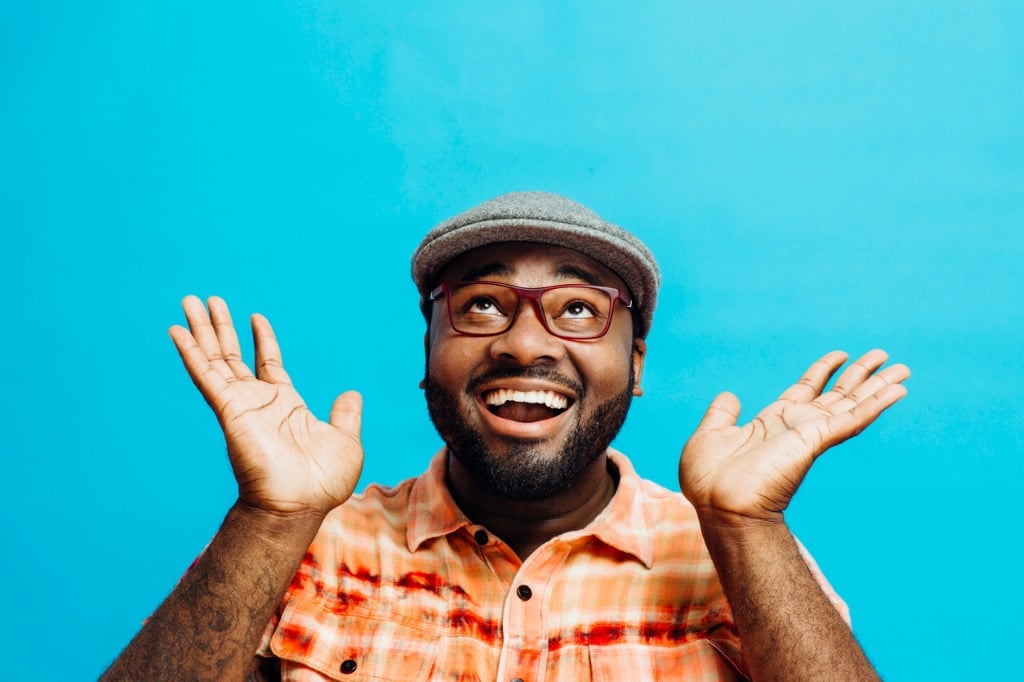 Photo by CarlosDavid.org via iStock

Though the hands might seem like a minor detail, if a male model doesn't know where to put them, the portrait can quickly look awkward.

To avoid this, give the model specific direction regarding what to do with his hands.

For example, you might have him cross his arms or put his hands in his pocket. You might also incorporate some sort of prop for him to hold.

Get more insights into how to pose men for portraits in the video above by Sorelle Amore.

Below, I've listed some of the best photography poses for men. Let's get to it! 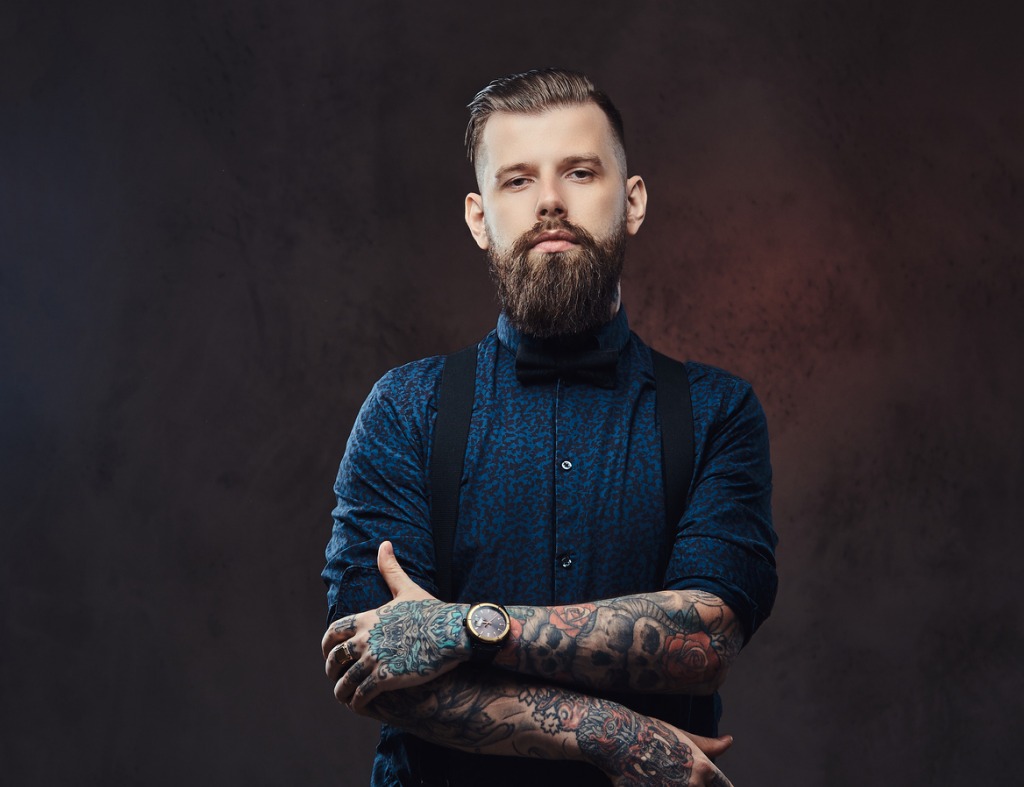 Photo by FXQuadro via iStock

Perhaps the simplest poses for photography males subjects is to have him cross his arms.

Not only is this a masculine look, but it also gives him something to do with his hands, which as we discussed above, is hugely important.

Note how in this pose, the shot is fairly tight and includes just the model's upper body. This isn't the only way to incorporate folded arms, though.

Quick Tip: Ensure the model's shoulders are back and their core muscles are engaged. This will help them stand up straight and avoid a slouched look. 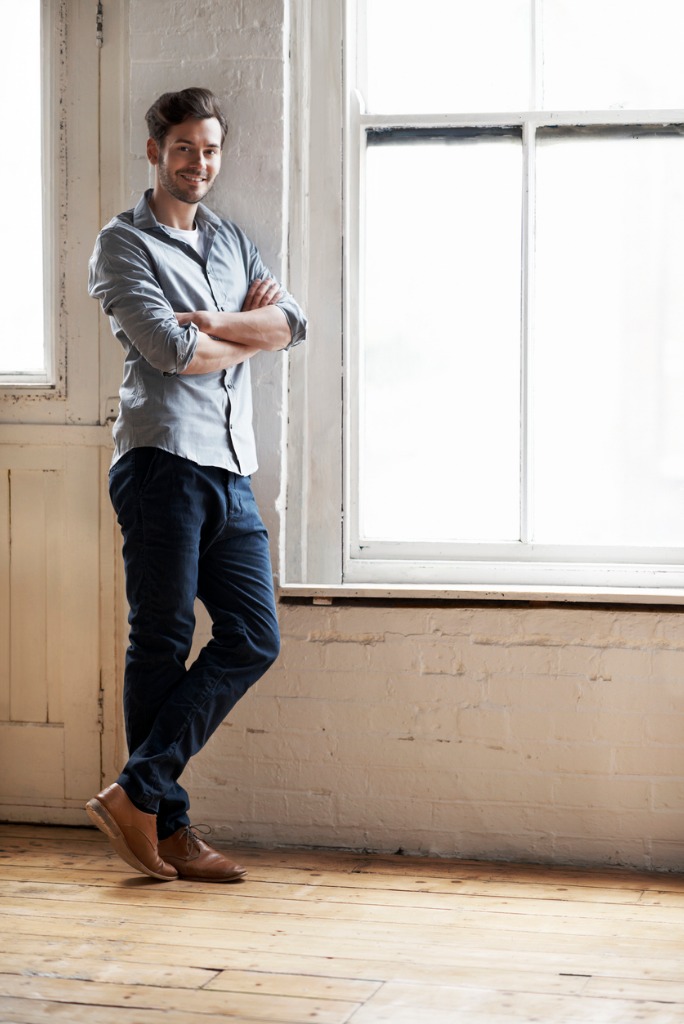 Photo by Morsa Images via iStock

In this example, the arms crossed photo pose is implemented in a full-body portrait.

In addition to crossing the arms, ask the model to also cross his legs, ensuring that the bulk of his weight is on one leg.

Mirroring the crossed look in the legs gives the portrait cohesion while also helping relax his lower body. That is, if the model stands with legs straight, he might be inclined to lock his knees, which will result in a stiff-looking portrait.

#4 Photo Poses for Men: The Side Lean 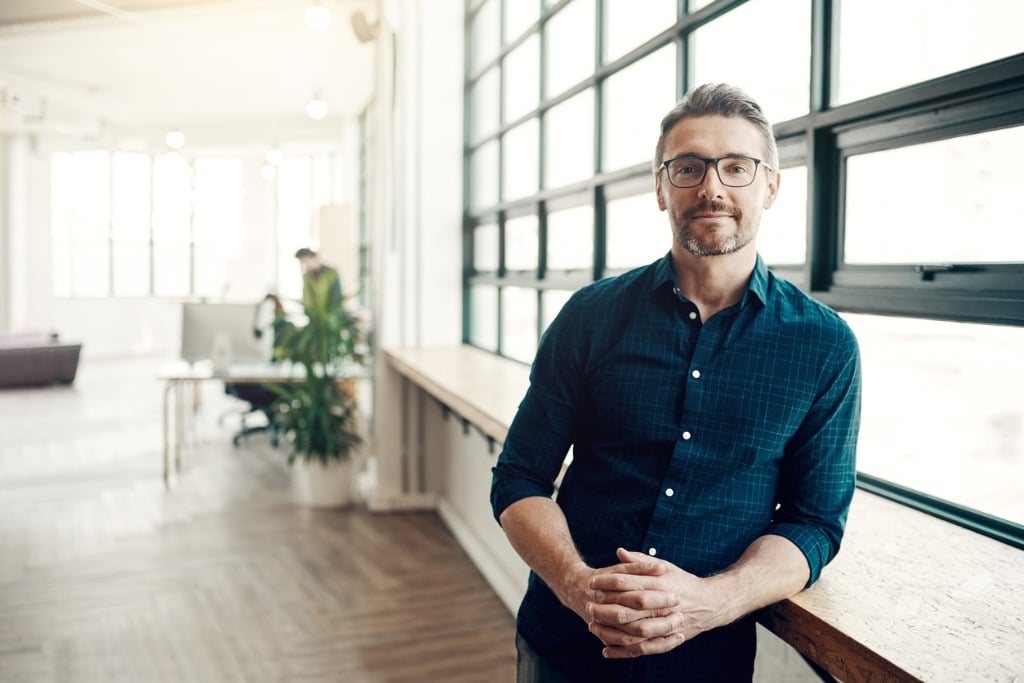 If you ask me, this is one of the best photography poses for men because it forces the model to relax his body.

Just like I noted above, the legs can become quite stiff and wooden if there isn't some kind of shift of weight.

So, by asking the model to lean against or on something as shown above, it shifts his weight to one side to help create a relaxed look.

An alternative to the photo pose above would be to have the model lean his shoulder against something, like a wall. It has the same effect of creating something that looks nice and relaxed.

#5 Photo Poses for Men: The Back Lean 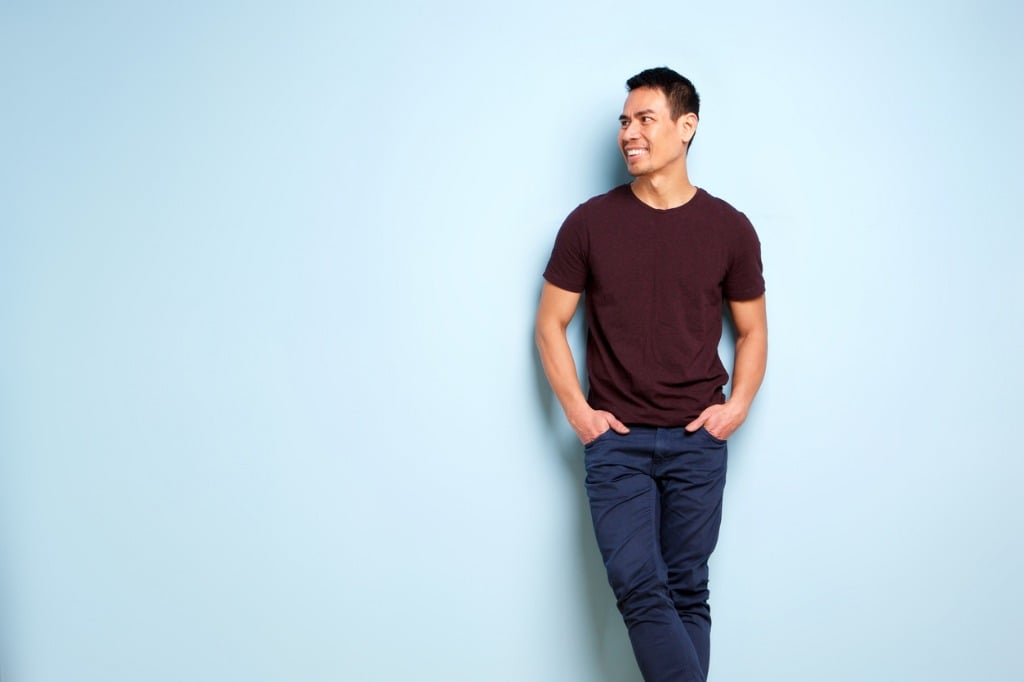 Photo by m-imagephotography via iStock

This is one of the best photography poses for men because it's so easy to pull off.

Just have him lean back, rest against a wall, put his hands in his pockets (or cross his arms), and you've got a great pose for a male model!

Quick Tip: Having the model look off-camera is a trick to make him a little more relaxed. Additionally, looking off-camera is a great way to create a more informal portrait. 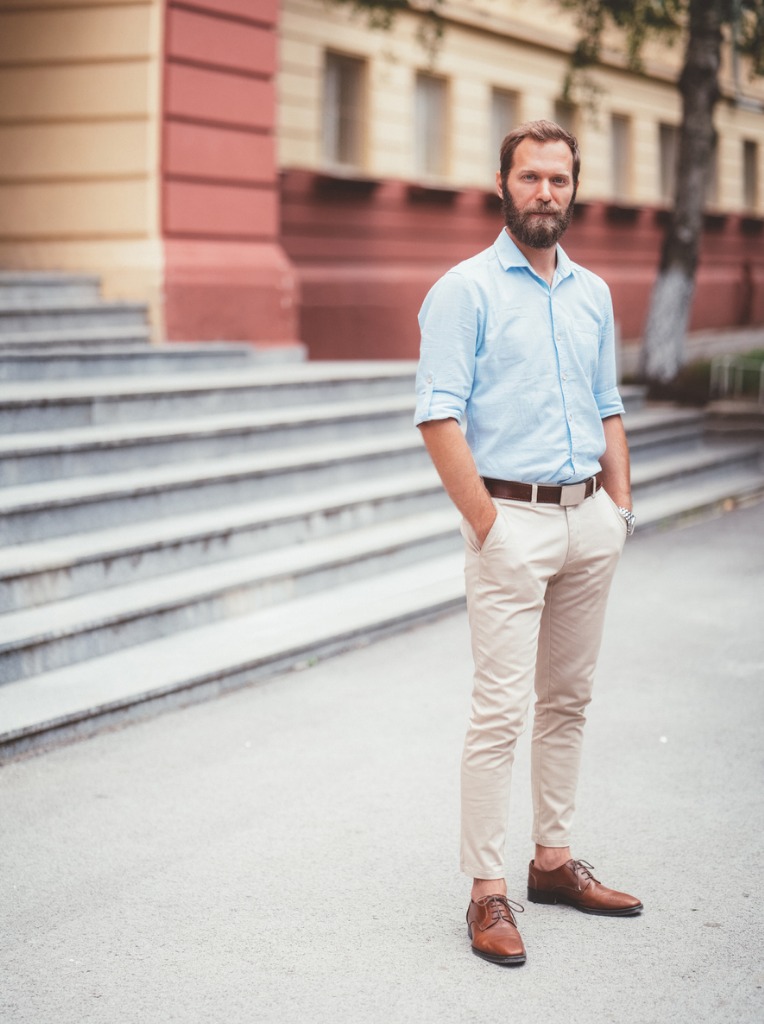 Of course, poses for men don't require that they have their arms crossed or that they're leaning against something.

Instead, you can simply have the model stand tall!

When using this pose, have the model shift his weight to one leg. As you can see above, the man's weight is slightly on his left leg, and with his feet open, this pose looks masculine while still making the model seem approachable. 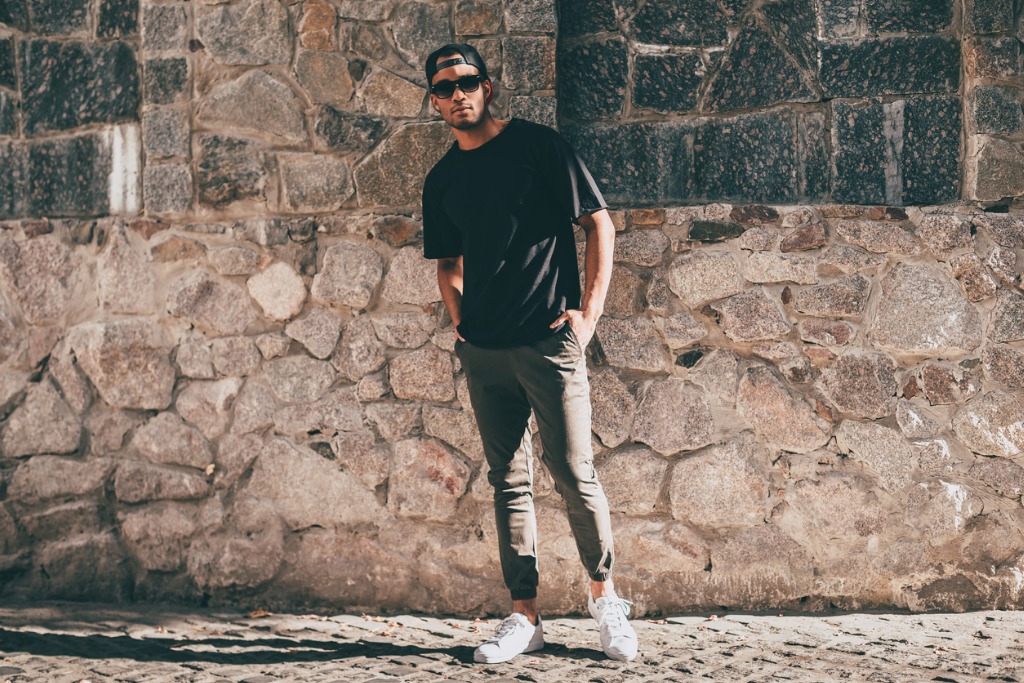 Photo by g-stockstudio via iStock

As an alternative to standing tall, you can have the model stand and shift his weight significantly to one side.

As you can see above, this gives the shot a casual appearance, with the model looking as though he's in movement to our right.

Again, you can see how having the model put his hands in his pockets has helped avoid awkward hands.

Quick Tip: Using sidelighting, as was done above, can add a dynamic look to male portraits. The long shadows created by sidelighting add visual interest and contrast beautifully with the brighter areas of the photo. 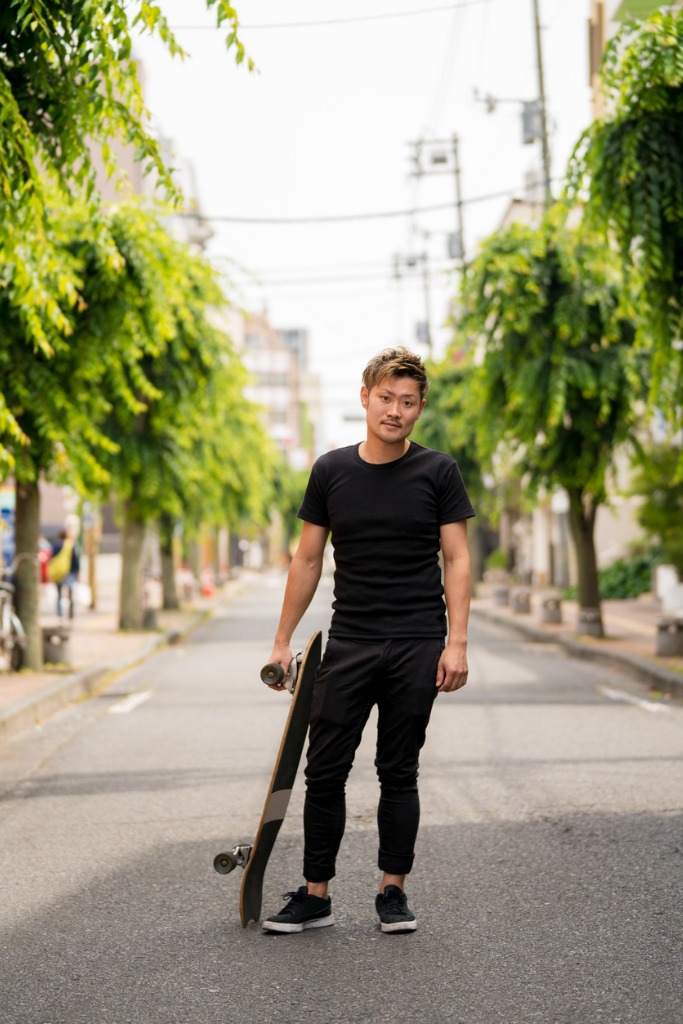 Photo by JGalione via iStock

As noted earlier, having the model hold something - even if it's just in one hand - can have a relaxing effect that helps the model have a more natural look.

When using props, be sure they make sense in the shot. You want the prop to be secondary to the model, not something that takes attention away from him.

Above, notice how the skateboard is integrated into the shot. It's not flashy or attention-grabbing, but it adds an element of authenticity to the portrait of this young man. 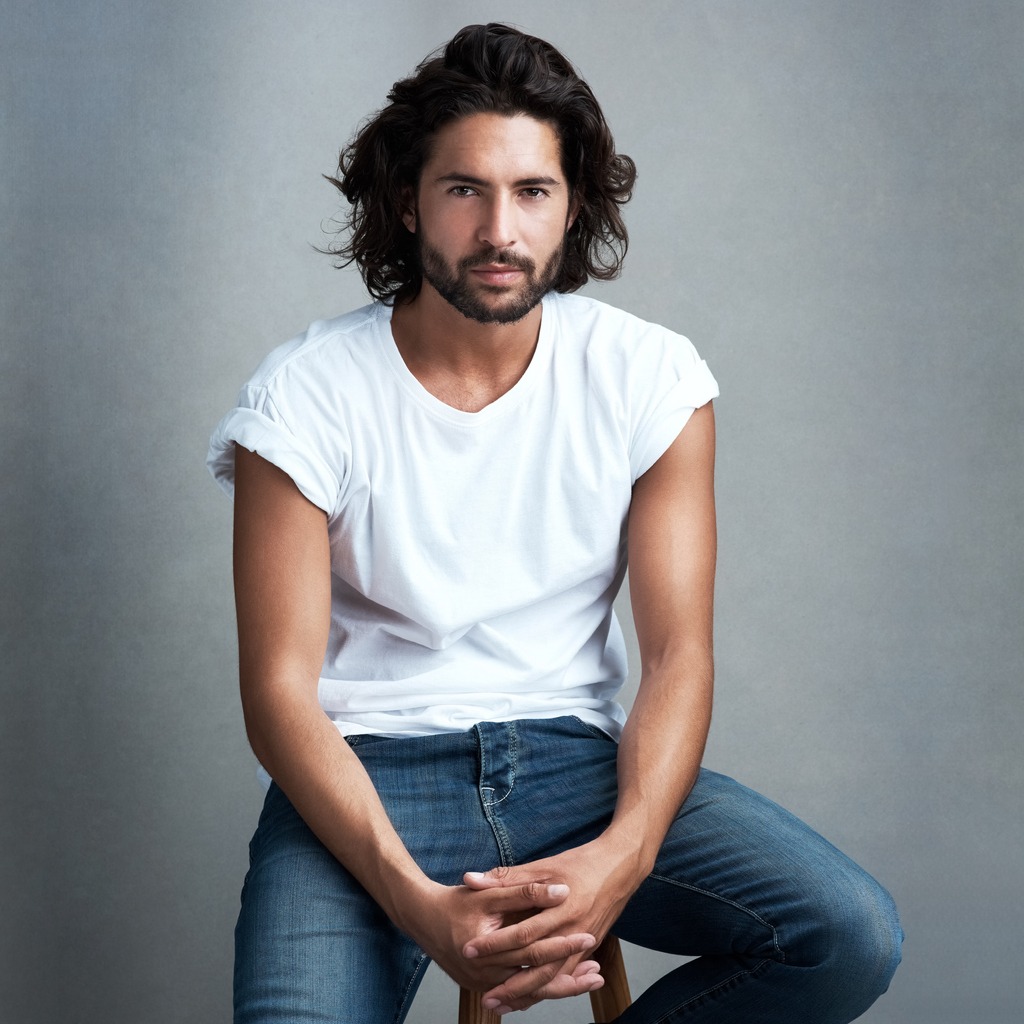 If it's something casual you're after, it's hard to beat the old standard seated pose.

Whether he's on a barstool, like above, a step, a couch, or something in between, a seated pose gives the model an opportunity to truly relax.

Just remember that when he's seated to drop the level of your camera - you want the barrel of the lens to be at or slightly above his eye level rather than shooting at a steep downward angle. 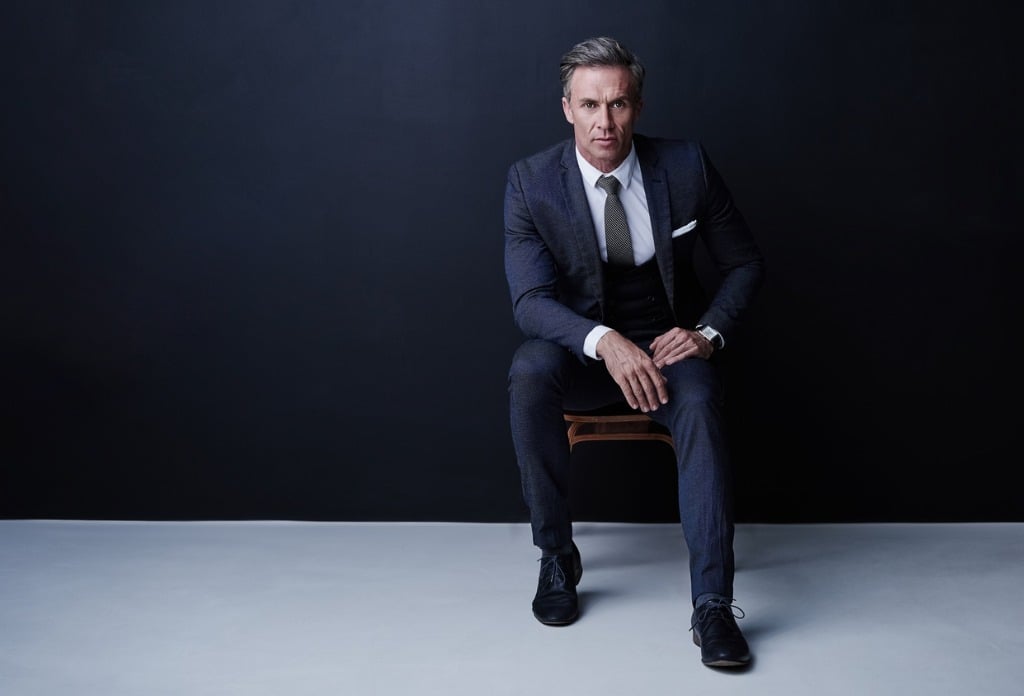 Photo by Tinpixels via iStock

One of the more powerful poses for men is to have him lean in toward the camera.

Typically done in a seated pose like above, this pose often looks best when the camera is slightly below the model's eye level.

By shooting slightly upward towards the model, it increases their powerful vibe in the shot.

Quick Tip: In seeking to achieve a powerful vibe, try using a dark background as was done above. Deep, saturated tones like blacks and blues provide a masculine look to the shot. 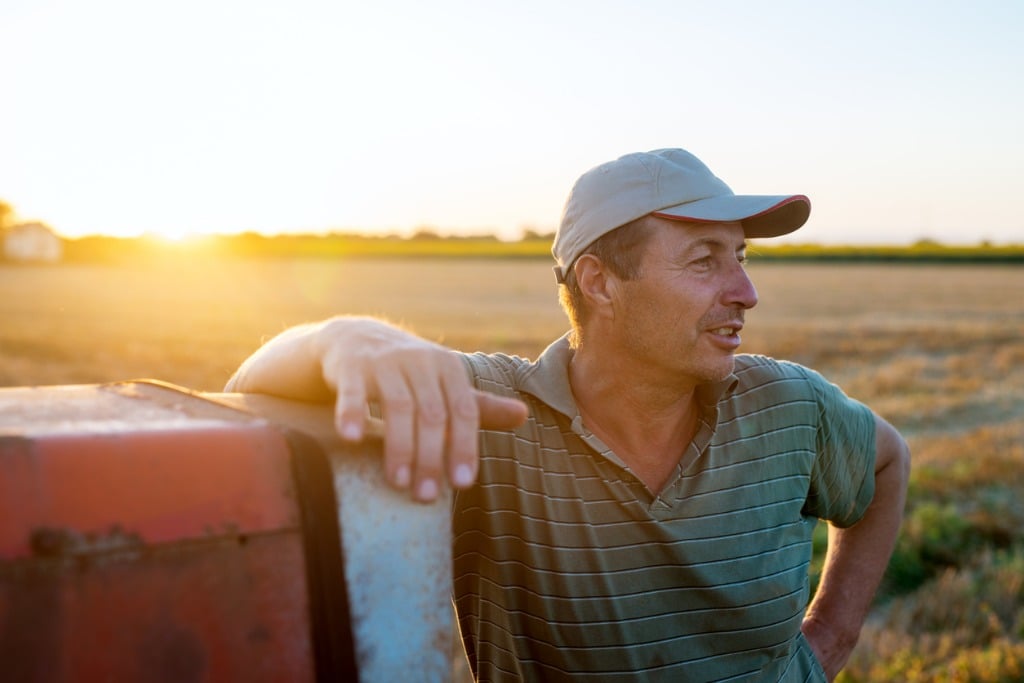 Photo by dusanpetkovic via iStock

Not all portraits have to take place in a studio. In fact, putting the male model in his element can really help him relax so you can get a more natural-looking portrait.

Above, we see the leaning pose in action. It's a casual pose by itself, but paired with the context of being on this man's farm, you get a portrait that has that authentic vibe to it that's often so desirable.

You don't have to use the leaning pose, either. Instead, you can use any of the poses discussed thus far when putting the model in his element. 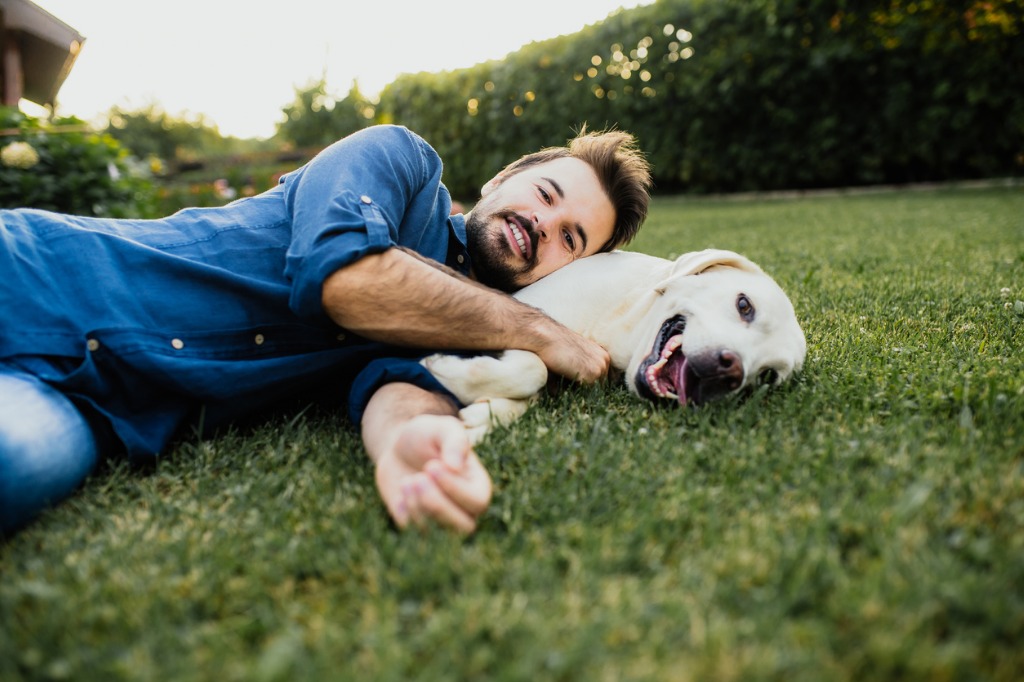 Photo by mladenbalinovac via iStock

I think one of the best photography poses for men is an action shot.

I'm not a huge fan of stuffy, heavily posed portraits, so male portraits like the one above, in which there's even the slightest notion of some movement are much more visually appealing.

So, you don't have to put your male model on a basketball court or photograph him lifting weights or something of the sort. Instead, find ways to give the viewer a sense that the model is being active in some way, and you'll find that the resulting image can be quite pleasing.

With that, you have 11 surefire poses for men you can utilize to create eye-catching portraits.

For some ideas for how to pose men that aren't models, check out the video above by Julia Trotti. 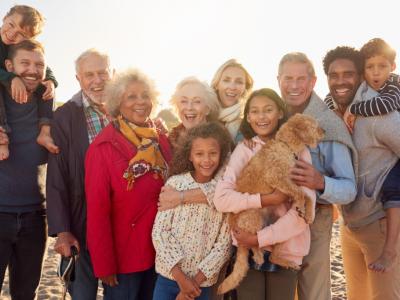 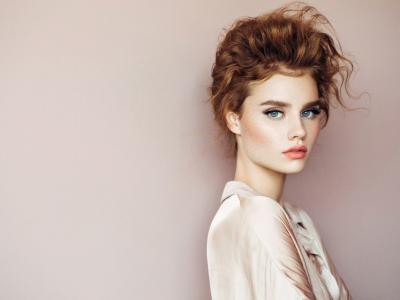 Advantages of Using a Softbox for ... 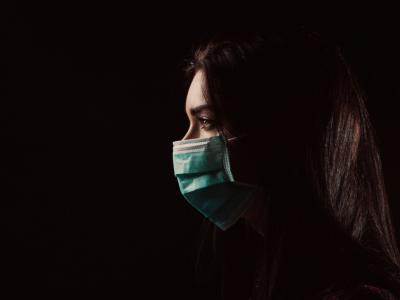 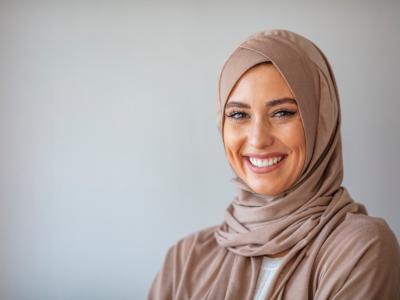 How to Take Professional Headshots