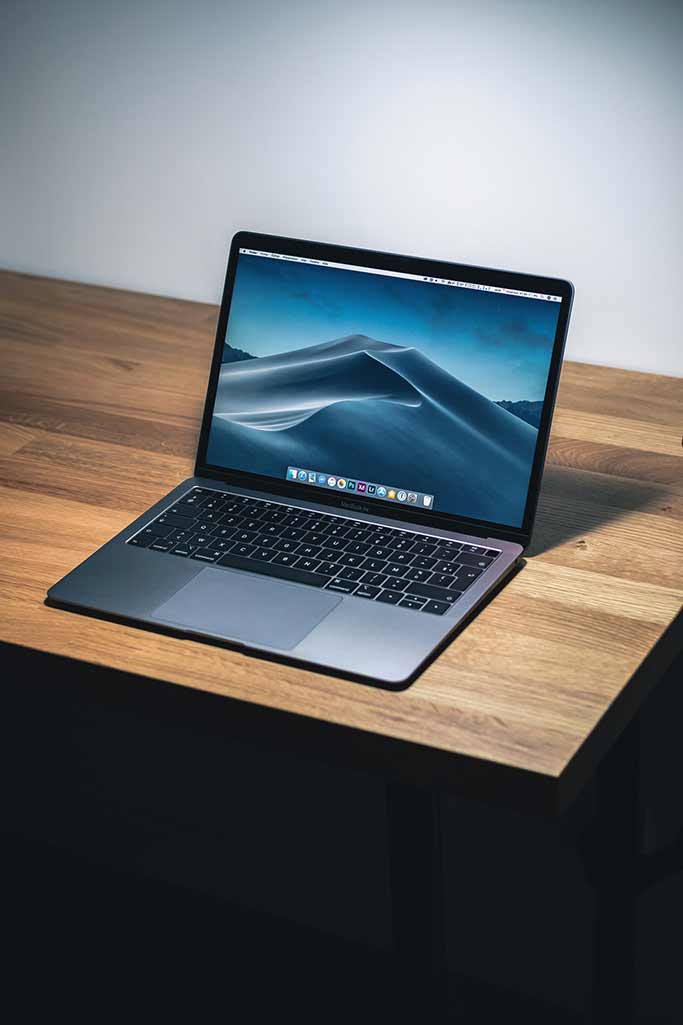 I had the pleasure of entering the stay-at-home order issued in my state with a failing laptop. Apple said it was a failing hard drive, but all I knew was that it was making horrific noises it probably shouldn’t have been.

Funnily enough, it’s pretty hard to find inexpensive laptops when nobody in your state is leaving their homes. And, since I run a photography website, having a laptop is pretty important.

So, I started frantically searching Amazon for “cheap laptops,” “best laptops,” and “best budget laptop 2020.” Basically, I was thinking of every possible keyword I could find because I had little to no idea what I was really looking for. All I knew was that I couldn’t afford another MacBook.

I eventually found a pretty good cheap laptop, and figured someone else could use my experience to get themselves set up with an inexpensive laptop too.

So, without further ado, here is a list I compiled of good cheap laptops under $500. 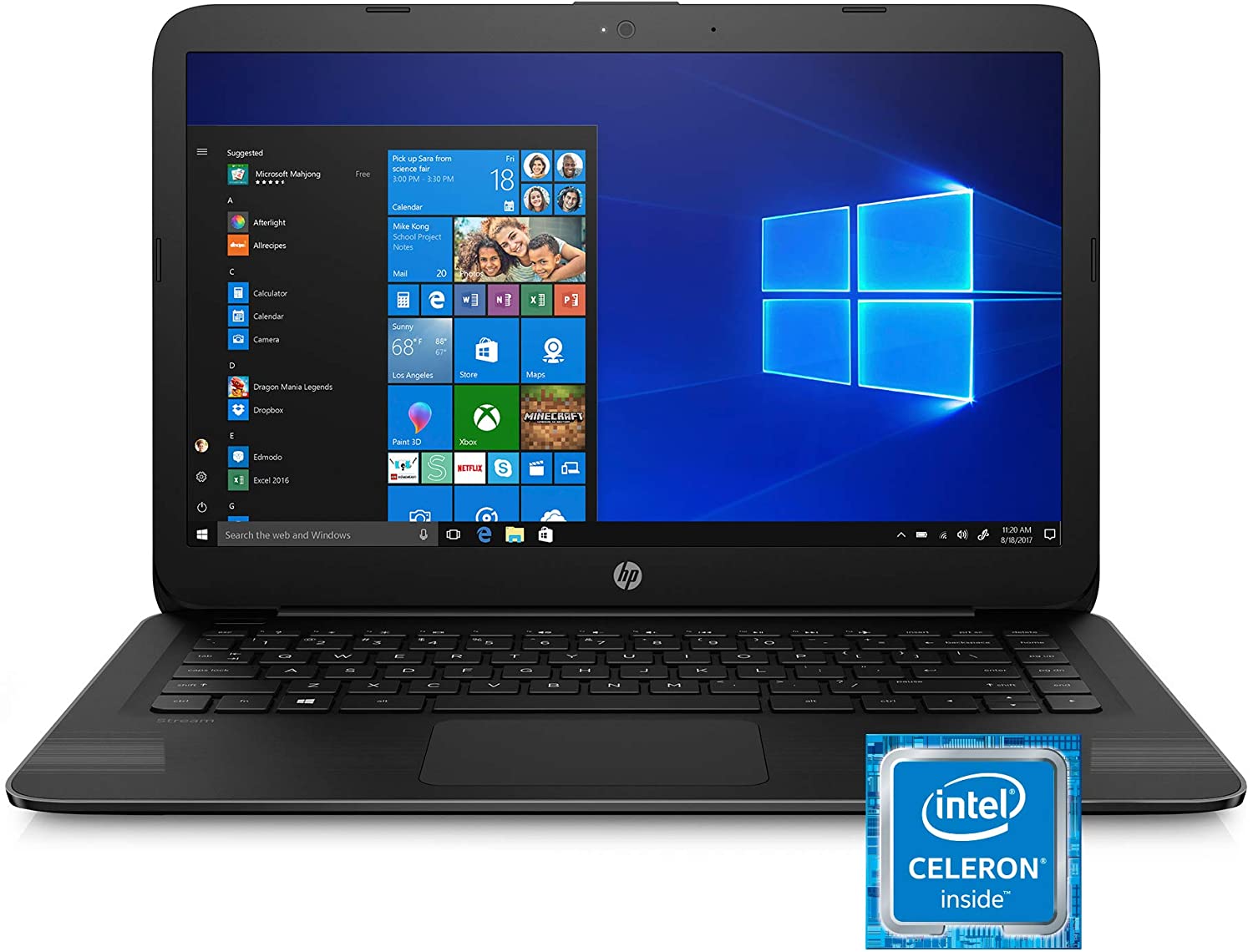 I had never heard of the HP Stream before I started doing research on inexpensive laptops. The HP Stream is a 14-inch laptop with 1TB of cloud storage that runs on Windows 10.

It features a 4GB RAM and 64GB of storage. It also comes with free Office 365 for the first year you own the computer, which is a fun add-on. I’m assuming this is one of those cheap laptops with Windows 10 that manufacturers sell for students.

It also features a rather impressive 14-hour battery life, which is good for travelers, although it isn’t especially light.

It’s also important to note that, since this laptop comes in Windows 10 S Mode, you can only download applications from the Microsoft store onto it. 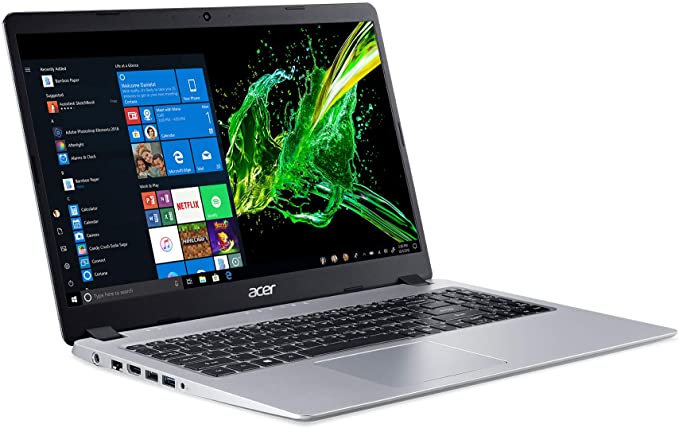 The Acer Aspire 5 Slim is great if you need a slightly larger laptop than the HP Stream. The Acer Aspire features a 15.6” full HD screen, which is helpful if you’re going to be doing photo editing on your laptop.

It comes with a backlit keyboard (for late night editing sprees), a 4 GB RAM, and 128 GB of storage.

It’s battery life isn’t very impressive because of all of its features, though, at an average of 7.5 hours.

It’s similar to the HP Stream in some other regards, though. It also comes with Windows 10 in S Mode. 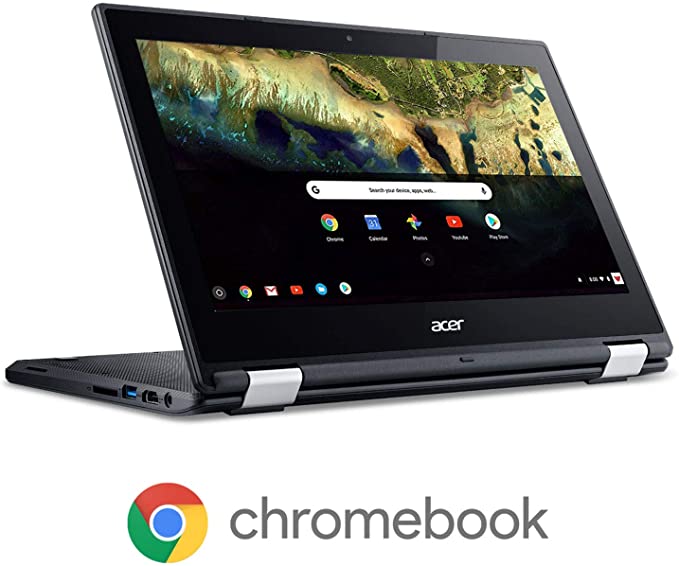 If you need one of these cheap laptops under $500 to double as a tablet, then the Acer Chromebook Convertible Laptop is for you.

This laptop is run on chrome OS, which means you won’t need to buy any additional virus protection and it comes with all of the Google apps you probably use already (Chrome, Gmail, YouTube, and Google Docs).

This laptop also comes with 100GB of Google Drive space so you can save your files both on your computer and in the cloud.

Lastly, it features a 11.6” touchscreen so you can use it as a laptop or a tablet. 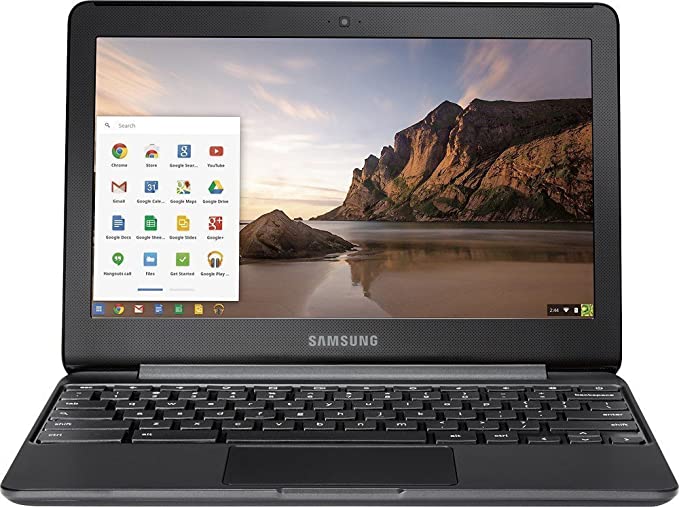 It runs on Chrome OS and is Bluetooth compatible. At just 2.4 lbs, this Chromebook works for on-the-go professionals (although I wouldn’t necessarily recommend using it as your sole laptop). 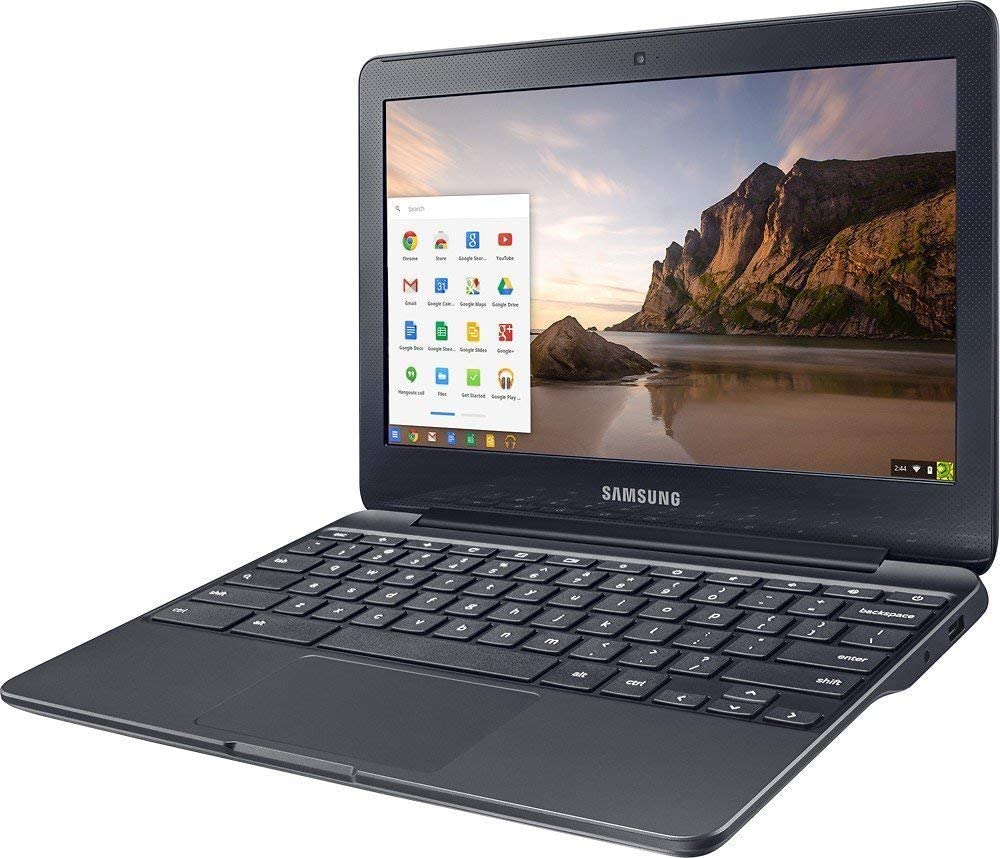 However, it is also a little bit heavier (read: harder to break), and comes with an anti-reflective display so you can work wherever your job takes you.

The Samsung Chromebook 3 is available on Amazon starting at $160. 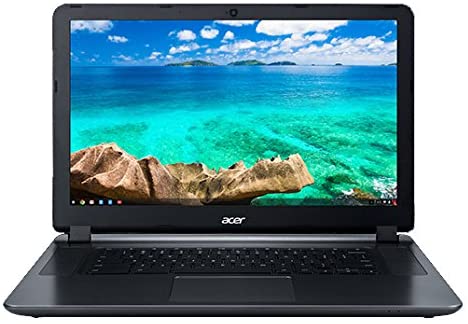 The Acer Flagship Chromebook is yet another Chromebook that topped our cheap laptops under $500 list.

It’s one of the best cheap laptops because it features a larger screen (15.6”), 16GB of storage, and an especially fast processor.

The Acer Flagship Chromebook is one of the best budget laptops under $500 because Amazon is no longer selling it new. However, it is available refurbished from Amazon and comes with a 90-day guarantee from Amazon as well.

You can pick up an Acer Flagship Chromebook for $160. 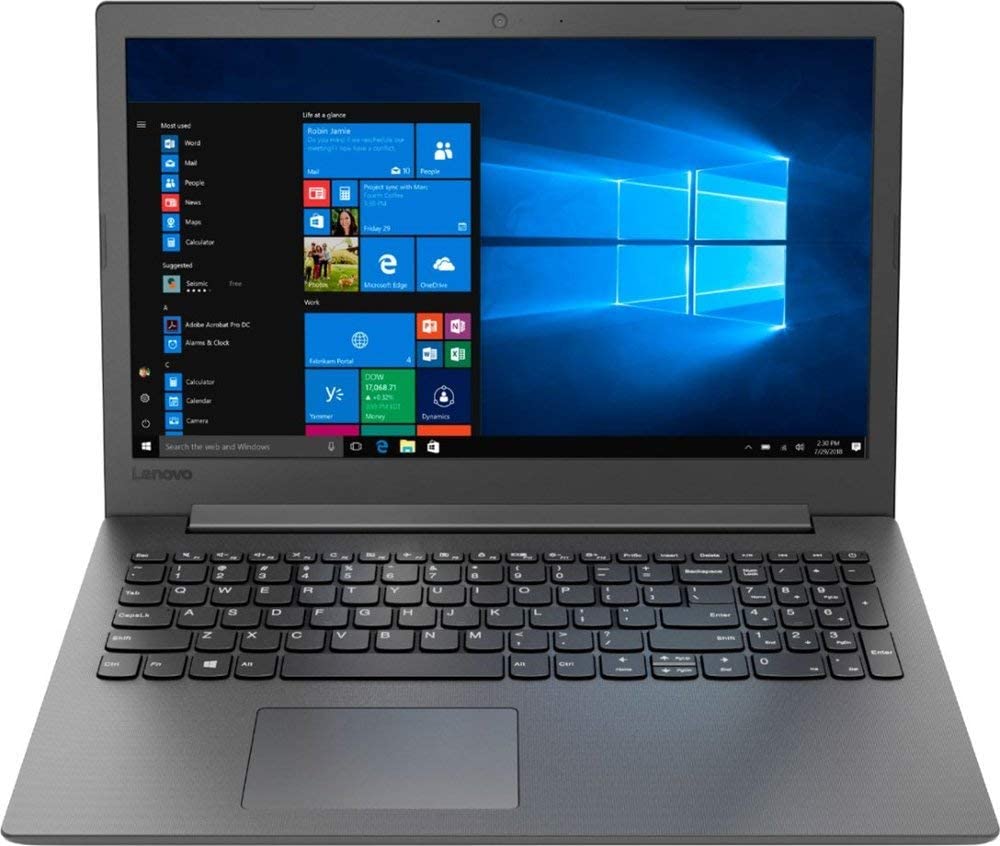 I used a Lenovo when I was starting my business, so I have a special place in my heart for them. Thankfully, Lenovo keeps cranking out cheap laptops for others just starting out.

It runs on Windows 10, making it one of my favorite cheap laptops with Windows 10.

The Lenovo IdeaPad is available on Amazon for $300. 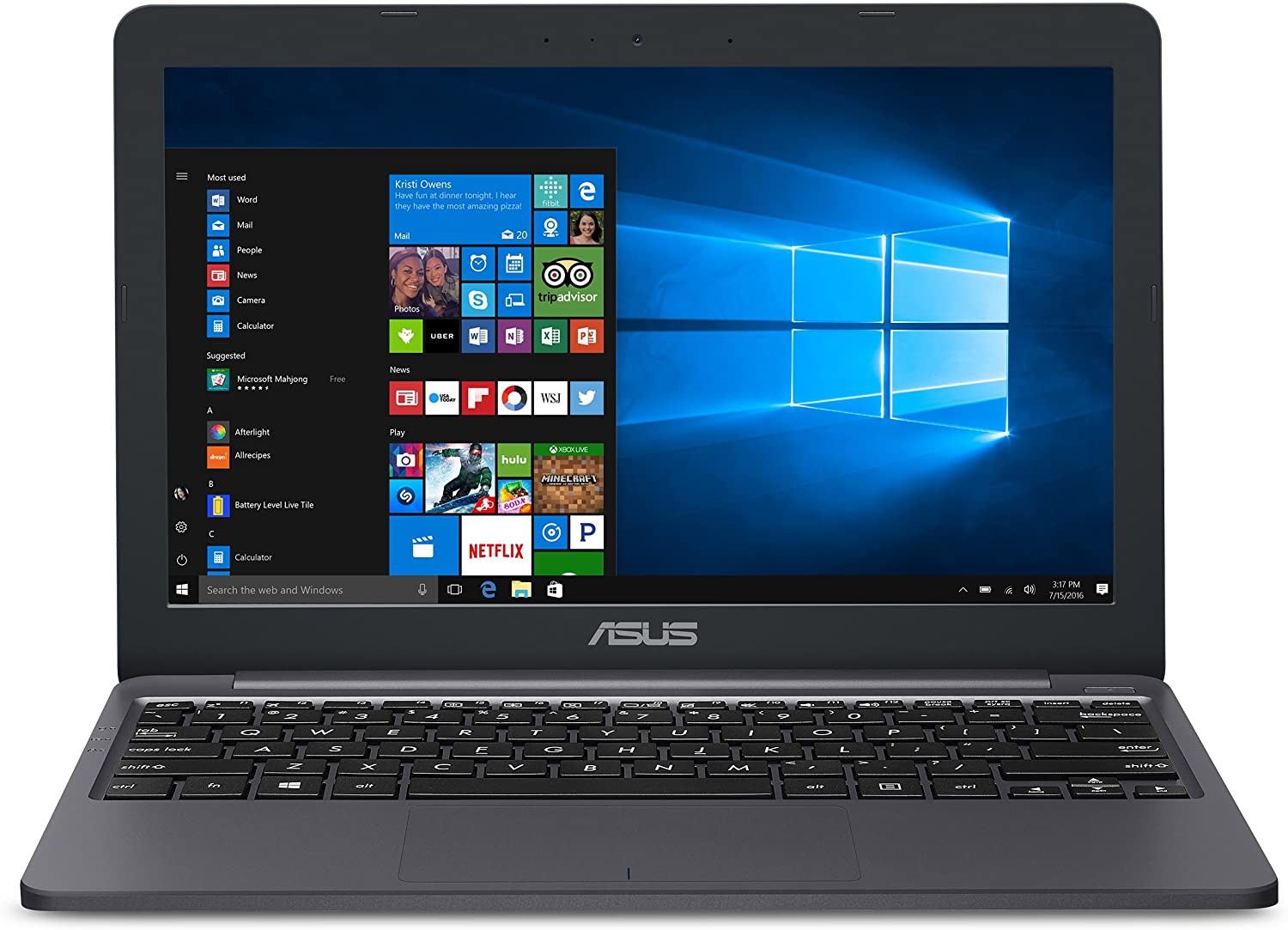 The Asus VivoBook is the thinnest laptop on our cheap laptops under $500 list, making it excellent for schoolwork and on-the-go office work because you can slip it into just about any backpack or messenger bag. 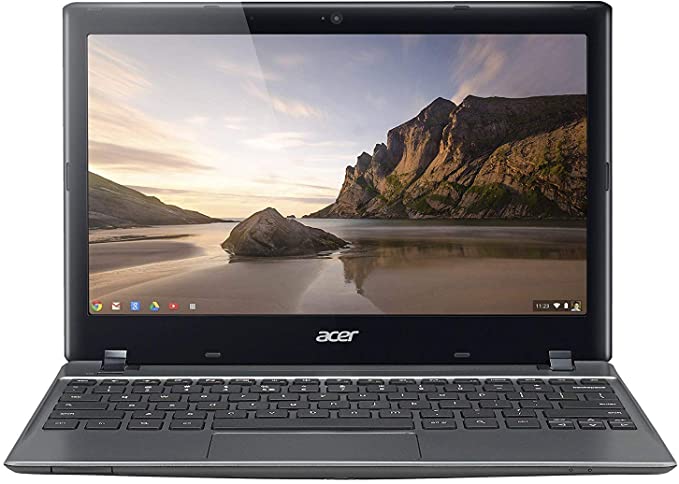 This Acer 11.6-inch Chromebook is yet another Chromebook on our inexpensive laptops list. It’s small, it’s versatile, and it comes with just enough storage capacity to act as a secondary laptop for your business.

This Chromebook will last all day on a single charge, is powerful enough to watch 4K videos, and feels rather sturdy for its small size.

You can purchase a refurbished Acer 11.6-inch Chromebook for $120 on Amazon. 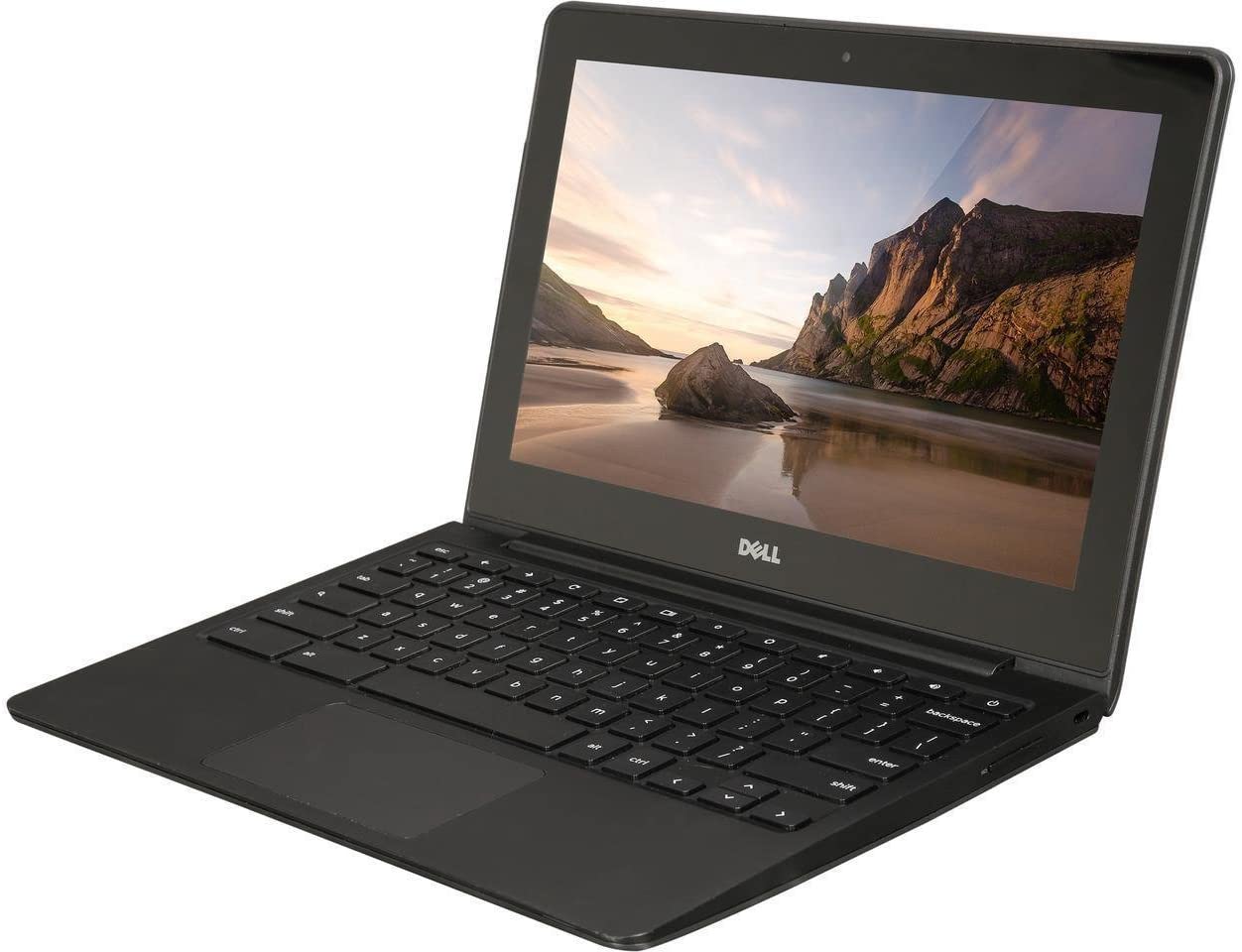 Unfortunately, the Inspiron 11 is the only Dell to make our cheap laptops under $500 list. Lately, Dell has been releasing less equipment, but the cheap laptops they are releasing are of solid quality.

This Chromebook features a rather small screen at 11.6 inches. It runs on Chrome OS, obviously, and weighs just 2.9 lbs. It features strong audio and is durable, so you won’t mind if your kids get their hands on it.

Additionally, it features a 9-hour battery life so you won’t need to worry about having constant access to an outlet.

The Dell Inspiron 11 Convertible Chromebook is as cheap as it is because it’s a refurbished version resold with Amazon’s 90-day Renewed Guarantee.

You can purchase the Dell Inspiron 11 Convertible Chromebook for $110.