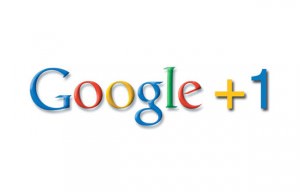 Digital photography has received a huge boost from the growth of social networking on Facebook, Twitter, Flickr, etc. As well as those platforms have helped both casual and professional photographers display their work and share information and ideas with other photographers, these sites have limits that are not photographer-friendly. Thus, enters Google+, which appears to have eliminated many of the limitations of Facebook and Twitter and developed a service with many advantages for photographers. Part 1 of this PhotographyTalk.com article began to describe these advantages and Part 2 presents the rest.

Google has created another feature for Google+ called Hangouts. It’s a slightly different take on creating specific groups than Circles. It is likely Hangouts will be more of a competitor with Skype. The concept of Hangouts is an immediate and constantly active community, almost like working in an office where you spend time interacting with your co-workers throughout the day. It’s also meant to be the equivalent of simply “hanging out” with like-minded people. Photographers, for instance, are using Hangouts to create a regular flow of interaction about tips and equipment discussions that they need to know now, in real-time.

The other nice feature of Hangouts is that the opportunity to join one or more appears on screen automatically. They can even come in the form of a special invite to participate in a private discussion. You can also initiate Hangouts.

Say All You Want to Say

As popular as Twitter might be, the 140-character limit for a post is a disadvantage for many users, especially photographers, whose posts typically must include much more information than can be communicated in 140 characters. There are no character limits to your posts on Google+. Not only will you have the space to write about all the details of your photos, but also you can post longer content, such as articles and reviews. Some photographers are already using Google+ in this manner.

One of the benefits of the Internet is that the concept allows virtually total freedom of expression and communication. It’s possible to have sites/services that cater to photographers who view nudity as an art form that photography creatively captures and to other photographers who don’t accept nudity as a fit subject for their cameras and Web sites or to share through social networking. It’s the same reason there is vanilla and chocolate ice cream.

The people at Google have decided that nude photos won’t be allowed on Google+. This policy is specifically stated in its Terms of Service. Regardless of where you stand on this issue, at least you know Google+ is serious about making sure all content is widely acceptable, which is good business for Google, and you, if social networking is a critical component of marketing your digital photography services.

There is only so much time during the day and week that you can commit to social networking, especially if you’re operating a photography business. Finding it necessary to add another site, Google+, to your to-do list may simply not be possible. This is Google, however; and, although the Google+ is new (as of summer 2011), that big, furry primate can’t be overlooked. Many photographers are discovering that once they take the time to create a presence on Google+, they are using Facebook and Twitter less and committing more time to Google+. You’ll have to decide for yourself, but Google+ has resolved many of the issues that users, especially photographers, have had with Facebook and Twitter; and that should be reason enough to see what Google+ offers.

Simple Advice to Give Your Clients Before a Family Portrait Session