9 Wonders of the Auto-Focus System in a Digital Camera 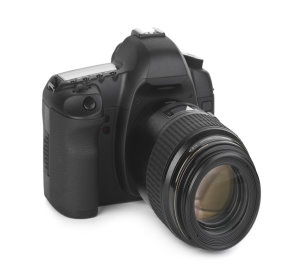 The first wonder is that so many photographers take for the granted the “wonder” of a camera that can automatically focus on a scene or subject. It’s an unusual trait of humans to be extremely excited about the predictions of future technological breakthroughs, but when they occur, they become just another “oh-hum” part of everyone’s daily life.

As is often the case in the development of any particular technology, the “invention” of the first auto-focus system occurred in different places and involved many companies and individuals during 2 1/2 decades. Leitz, the parent company of Leica cameras, was the first to receive patents for the auto-focus concept, from 1960 to 1973. The company showed the world the first SLR film camera with a working auto-focus system during 1978. Konica has claim to the first point-and-shoot camera with auto-focus that was manufactured for the consumer market; Polaroid had the first SLR with auto-focus for sale during 1978; and Nikon released its first auto-focus camera during 1983. Another 20 years later, and no photographer would buy a camera without this wonder of the digital age.

2.  Maybe, the grandest wonder of your digital camera’s auto-focus system is not what it does, but that it is capable of thinking for itself. In actuality, it is rudimentary AI, or artificial intelligence. You’re not just holding a camera; you’re holding a robot! Independent of you, it “thinks” through the process of fine-tuning the focus of the lens, and then directs itself to change the focus, if necessary.

3.   The scientists and engineers that made auto-focus technology a reality based the way AF works on the concept that an image is its sharpest when the contrast is at its maximum level. The challenge, therefore, was to create a system that could “read” the level of the contrast, process that information and then adjust the focus to match. This system has come to be known as passive AF. Without drilling to deep into the science, passive AF can operate with either the contrast-detection or phase-detection methods. The details of both methods are not important for this article; however, both ultimately must read the contrast in an image to do their job.

4.  Another auto-focus system was also developed and it’s known as active AF. Instead of “passively” reading the contrast of an image, active AF detects/determines accurate focus with the assistance of a beam of light. On most compact cameras, this is an infrared light. The visible light of an electronic flash aids the active AF system on DLSR cameras.

5.  An auto-focus system measures the contrast in any image you compose through sensor points that are superimposed in various patterns over your view through the camera/lens. Professional-grade DSLR cameras have many of these sensor points, 45 or more (Canon EOS-1D Mark IV, 45 points; Nikon D4, 51 points). Less-costly cameras have fewer sensor points.

6.  The actual workings of an auto-focus system occur amazingly fast, less than a second. Within that time, the auto-focus system begins by making a “test” adjustment of the focus. It then obtains data from the appropriate sensor to determine if that adjustment made the focus more accurate. With this data in its “brain,” the AF processor modifies the focus, if necessary. It’s not unusual for the processor to measure and to adjust focus, repeatedly.

7.  Auto-focus systems may be filled with wonders of technology, but their intelligence is not that of a genius…yet. As many photographers know, AF can fail whenever it is presented with a scene or subject that is not within a given range of being capable of measuring and adjusting focus, accurately. What causes most AF failures are the amount of light, contrast and movement of either the subject or your camera.

8.  As auto-focus technology has advanced, some cameras are now equipped with a more intelligent AF. It is capable of reading and changing the focus of the lens as subjects are in motion, and do so accurately much of the time. That little “robot” in your hands is even a greater wonder, since it predicts the future! As it measures how fast the subject has been moving, it makes a calculated estimate of the next position of the subject. Even more wonderful is that it focuses on the future distance early, so it won’t miss it during the small amount of time it takes for the shutter to work through its cycle.

9. By understanding how the auto-focus system works in your digital camera, you’re able to use that knowledge to help you capture the sharpest images possible…and keeping the robots in their place!