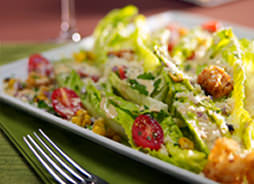 On my recent trip to shoot new images for the Food Photography 201: Recipes for Success class, we spent 4 days working from the moment we got up until the early hours of the morning doing nothing but setting up scene after scene and shooting hundreds of images as we worked our way from concept to final image. Starting with the background and building out from there, we would set up a single light and one plate or prop and take a test shot, make adjustments, take another test shot, make more adjustments or add another piece of the puzzle, another test shot, etc.

In the past, we would have shot several test shots to a card in the camera, pulled out the card and loaded the images onto a computer to look at them, gone back and made changes, shot more to the card, load them on the computer, over and over until we were happy with the results. The LCD's on the back of the camera, although getting better with each new camera released, still are not good enough to determine if the scene is correct so the only option is viewing them on a larger screen. The time it took between test shots was considerably longer which in turn meant the time between start to finish of each image could be three or four times as long.

The following series of images shows part of the sequence we work through. This all took place in just under 2hrs. If we had been shooting to a card and uploading the test shots, it would have taken considerably longer to complete. 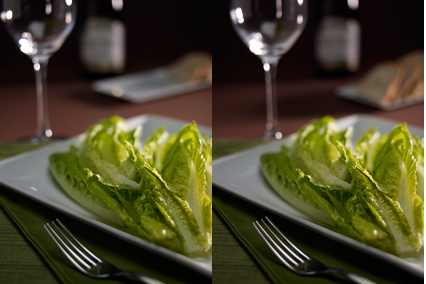 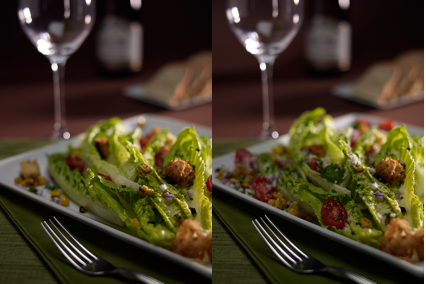 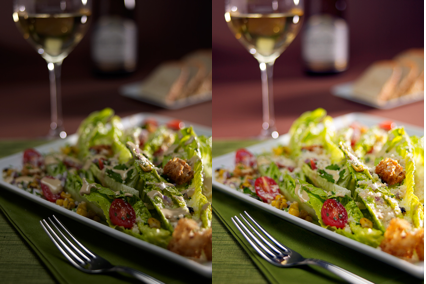 Final touches are added and we take our last shot. A small overhead soft box fitted with a speedlight was used for fill lighting in the final image.

Since we are always working on a deadline and set unrealistic goals of getting way more shot than is possible in the time we have (you would think we'd learn!) we can now shoot three to four times faster by simply tethering our cameras to our laptops and getting nearly instant feedback as we build our shot. After shooting tethered a few times, you will wonder how you ever lived without it!

There are many software options for tethered shooting. Some will allow full control of the camera such as shutter speed, aperture, and focusing as well as magnified live views for help with critical focusing while others will just allow a full size view of the captured image. Some cameras now come with tethering software included. Most of the current image editing and RAW processing software also allow tethered shooting.

I am using Capture One Pro for my tethered shooting and RAW processing. It supports many different camera makes and models.

Canon cameras come with Eos Utility software that allows tethered shooting and you can use it with Lightroom.

http://www.breezesys.com/products.htm#dslr makes DSLR Remote Pro for complete control of your Canon camera as well as other software that is Nikon compatible.

Nikon Capture Control Pro is available for Nikon shooters but does cost around $150.

There is a program called DiyPhotoBits that is free for Nikon shooters as well. While shooting tethered is obviously not possible for all types of photography it is particularly useful in the home or studio and even in certain on location situations. It gives you the ability to view your work almost instantaneously and make adjustments just as fast. No more surprises or disappointments when the shot doesn't actually look as good as it did on that tiny LCD. You will always know you have captured the perfect image before you move on to the next.