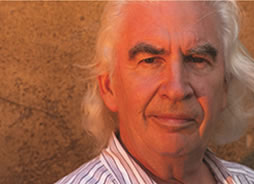 Let's review, briefly, the photographic triangle. Every single available light exposure is dependent on three factors: the aperture (f/stop), the shutter speed and the ISO. Of these three factors, ISO is the one constant. As I discuss in Understanding Exposure , the apertures of f/16 and f/22 create "story-telling" images because of the deep depth of field.

Apertures of f/2.8, f/4, and f/5.6 create "singular-theme" or "isolation" images because of the shallow depths of field that isolate subjects against softly focused surroundings. The apertures of f/8 and f/11 are called upon for "who cares" compositions - when depth of field is not a major concern, so "who cares about depth of field?"

There really is an unlimited world of creative exposure opportunities, and now for even more good news: The choice to story-tell or isolate, to freeze action or imply motion, are still yours, even when using your flash! And it continues to be my belief that the most consistent creative exposures, whether shot with only available light or in combination with your flash, are best achieved when both the camera and the flash are in Manual Exposure Mode.

"Who cares" what aperture I use when shooting a simple yet compellingly lit portrait against an old textured wall? Whether I am using flash or ambient light, my thought process remains the same regarding the correct aperture choice.

While conducting a workshop in Lyon France, I asked one of my students, Dennis, if he would strike a pose for this simple portrait. Because there were no depth-of-field concerns, I was afforded the opportunity to use the "critical aperture" of f/8. Critical apertures - f/8, f/9, f/10, and f/11 - often render the greatest sharpness, contrast, and color, a difference that's especially notable in enlargements of 11x14 and greater.

With the aperture set to f/8 both on my lens and on the flash, I directed another student, Susanne, who was holding the flash, as you can see in the first image, to stand at the correct flash-to-subject distance, which according to the scale on the back of my flash was 11 feet. Before firing the flash, I used my camera's light meter to determine that the available light exposure for this scene of open shade was f/8 at 1/30 second.

Because I had chosen to use the flash as the one and only light source, I set my shutter speed to 1/200 second. The faster shutter speed let in less natural light during the exposure, ensuring that my flash overpowered the available light and became the primary light recorded in my exposure.

Hand-holding my Nikon D300S camera and 105mm lens, and with the aperture set to f/8, I fired off a single flash exposure at 1/200 second. As the second image shows, a pleasing "sunlight" portrait of Dennis was the result.

Posing in front of a Chicago landmark, Wolfy's on Peterson Avenue, my friend Jon Demopolous helped me demonstrate how to combine a "story-telling" aperture with electronic flash. With my camera and 12-24mm lens mounted on tripod , I set an aperture of f/22 because I wanted the maximum depth of field. I then adjusted my shutter speed until my camera's light meter indicated 1/4 second as the correct exposure for the dusky blue sky and neon sign behind John. As you can see in this first exposure, the available light exposure of f/22 at a 1/4 second is spot on. Jon, on the other hand is much too dark. The only way I can expect to record a correct exposure of Jon is with my flash.

After dialing in f/22 on the back of my flash, the flash's distance scale indicated a flash-to-subject distance of 4.4 feet for a correct flash exposure. With my flash tethered to a PocketWizard remote trigger, it is ready to fire remotely. Holding the flash up high with my left hand, just to the left of Jon and pointed down at about a 30 degree angle, I tripped the camera's shutter release with my right hand while Jon began to bite down on his hotdog. Voila! The satisfaction of eating a Wolfy's Dog has been recorded.