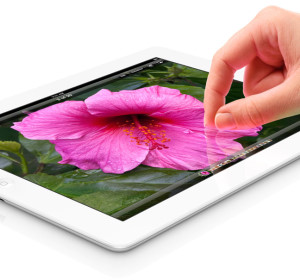 Now that the new iPad has been released and sold more than one million units during a very short period of time, it appears the tablet’s new Retina Display deserves all the pre-buzz it received as the most-anticipated upgrade from the iPad 2. Apple essentially guaranteed that everyone would be talking about the Display by giving it more pixels in just a 9.7-inch screen, or greater resolution, than the typical large-screen HDTV.

One of the downsides of Apple continuing to advance the technology in such significant leaps is that various accessories and resources from third-party manufacturers aren’t able to move forward as quickly as Apple. This translates into having the latest iPad, and arguably the best tablet, but, as in this case, apps that no longer make the grade. Many apps look just fine on an iPad 2, which has a lower-resolution display than the new iPad; however, unless, or until, they are upgraded, they reduce the effectiveness and value of using them on the newer model.

Fortunately, some app makers understand their business is dependent on advancing their products at the same rate as Apple and/or developing new ones specifically for the new iPad and its amazing Retina Display. If you find yourself facing this dilemma, then consider trying the following five apps. Not all of them are specifically for digital photography purposes, but those that aren’t provide you with some entertainment diversions after a long day of shooting.