Why Do We Copy the Look of Film in the Digital Age? 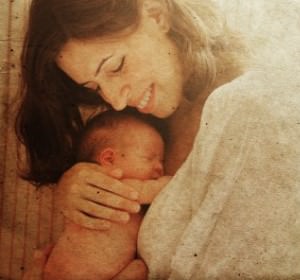 Our society's obsession with digital technology is obvious. It's rare anymore that you meet someone who doesn't own a cell phone or a computer. Our need for instant communication and information is greater than ever, and though we're always looking for the newest gadget that works faster or makes our lives more convenient, there is part of us that yearns for the nostalgic old-school ways. Just look at photography. Despite our ability to take photos and view them instantly, shoot at 10 frames per second, and alter images to no end with post-processing software, there is an overwhelming crave for the look of film and other analog features in our modern day photos.

The birth of Instagram filters provides evidence to this phenomenon. Two of the most popular filters on Instagram are Lo-fi and X-pro II. Lo-fi obviously refers to low tech cameras, particularly cheap plastic cameras like the Holga that became popular in the 80's. Holgas are notorious for providing heavy vignettes, light leaks, and soft corner sharpness. X-pro, or cross-processing, is an old film technique that boosts contrast and colors and is achieved by developing film in the wrong set of chemicals. Both of these filters mimic flaws or originally unwanted results in film photography.

Film plug-ins are also being made. For $100, you can buy a film plug-in for Adobe Lightroom or Aperture. This piece of software allows you to emulate a variety of film emulsions. The whole idea is backwards when you start thinking about it: investing in a digital camera, a post-processing program, and an addition plug-in, all to copy the look of film.

The first question this movement begs is, why don't people just shoot film? But there are multiple answers for that. First of all, it's not near as convenient as digital. We live in a world where people want results quickly, and in many cases, photographers rely on this “instant” image making to provide a quick turnaround for their clients. Film is too slow for the business world.

The second question that arises is, why do we do it? But this spawns more questions than it does answers. Are film filters just a cover-up to try and hide boring everyday shots or do people use them just because “it looks cool”? Isn't the goal of a camera to capture real life as it really is? Or is it to show the world the view of the photographer? If it's the latter, then how does copying low-tech camera flaws justify that? We don't see in vignettes or sepia.

Ultimately, the only thing that can be said for sure is that it's ironic. For years, engineers have striven to bring us sharper images, less vignetting, and truer colors, and yet people cover these advances up with filters and features that mimic the defects of old cameras and film. We're simultaneously creating more technologically accurate cameras while reverting back to the look of the lo-fi, the poorly designed, and the originally unintended flaws.

Check out: "Why you should shoot film to learn photography"