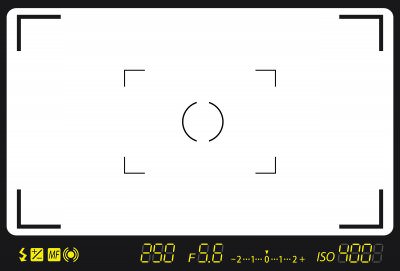 The exposure triangle is a phrase that refers to the three main components in photography that affect your camera's exposure. These components are shutter speed, aperture, and ISO. Unless it's completely automatic, any camera will give you the ability to change these three settings, giving you complete control over your camera's exposure. Though each one can be adjusted to let more or less light into the camera, they all have a secondary effect meaning you have to work with all three to get the right exposure without letting the secondary effects ruin your shot.

If you take a photo of a building at 1/8th of second and another one at 1/8000th of a second (adjusting your other settings so that you have the same exposure) you won't notice much of a difference. However, when there are moving people or objects, shutter speed plays a big part in what the photo will look like. At slower shutter speeds (such as 1/30th or slower) people and objects may become blurred if they're moving. If someone waves or moves their head, it will be blurry because their position has changed from when the shutter opened to when the shutter closed. You can also risk getting blurry photos from not holding the camera steady enough when shooting at these low speeds. The opposite can happen at high shutter speeds. Say you take a photo of a car passing by you at 40mph. If you have a shutter speed of 1/2000th or higher, then the car may look like it's standing still.

Imagine the aperture is like the pupil of your eye. When it's dark, your pupil becomes bigger, allowing more light to enter your eye and making it easier for you to see. When it's bright and sunny, your pupil becomes very small to constrict the amount of light you see. An aperture works the same way. It is essentially a circular opening that lets light into the camera. When you want more light, you open the aperture wider. When you want less, you close it down. The amount an aperture is opened is measured by an f-number. In a somewhat backward sense, smaller f-numbers mean bigger openings and bigger f-numbers mean smaller openings. So an aperture of f/1.8 means the opening is wide and will let in a lot of light while an aperture of f/22 means the opening is very small and will let in very little light.

ISO stands for International Standards Organization (doesn't exactly roll off the tongue). It is a measurement of you sensor's sensitivity to light. So it doesn't technically let more light in, but instead make the camera's pixels more sensitive to the same amount of light coming in. ISO is particularly handy when you can't or don't want to change your shutter speed or aperture. ISO adjustments are often made in low-light conditions. For example, say you're shooting a street scene at night and your aperture is already all the way open and you can't lower your shutter speed or your photo will be blurry, but the exposure is still too dark. In this case, you could raise the ISO setting to get the appropriate exposure.

Unfortunately, the secondary effect of raising your ISO setting is a negative one. Where as with shutter speed and aperture the secondary effects can be used to your advantage in certain situations, increasing the ISO will only result in an unwanted effect. Raising your ISO will increase the amount of noise in your photos. Noise is a random display of colors and brightness in pixels. It can range from very subtle and unnoticeable to the point where red, blue, and yellow pixels are scattered across the image even though they don't appear naturally in your scene. How much noise is visible will heavily depend on the camera you're using and how much you raise the ISO. Higher ISO settings will generate more noise. Cameras with smaller sensors will also generate more noise. So an ISO setting of 1600 may look fine on a full-frame DSLR, but may look terrible on a point-and-shoot. Noise can be countered with in-camera noise reduction and/or post-processing software. However, these will typically make the image softer in an attempt to hide the noise.