Do You Know Your Photography Jargon? (Part 2) 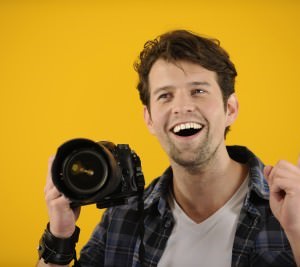 To see how well you know the lingo of photographers, here's part two of Do You Know Your Photography Jargon. (If you missed Part one click HERE)

A method of taking multiple shots at slightly different exposure settings. Used in the film days to get the right exposure in tricky lighting situations. Can be used today in the same way and also for HDR processing in post-production.

The memory bank in a camera that stores photos before they are written onto the removable memory device. Having a large buffer means being able to shoot lots of photos in quick succession without any loss of speed.

A device used to take long exposures by remotely pressing the shutter button. This allows the photographer set the camera on Bulb and avoid holding onto the shutter button the whole time which would most likely result in camera shake.

Technically, an unfocused point of light that appears as a circle. This does not necessarily mean that this spot will look out-of-focus. The circle of confusion may be so small that it appears to be sharp.

A distortion of the lens caused by imperfect manufacturing of the glass elements. Barrel and pincushion distortions create a convex and concave appearance across the photo, respectively. The effects are usually unnoticeable unless shooting a subject with several parallel lines. These distortions can be corrected by some cameras and post-processing software.

A set of information generated by the camera that attaches to the photo. It is a record of the various values of the photo (resolution, bit-depth, focal length, aperture, shutter speed, etc.) as well as information pertaining to the manufacturer and model of the camera.

A number referring to the power of a flash obtained by multiplying the distance of the subject by the f-number for a specified speed of film or sensor sensitivity. The higher the guide number, the more powerful the flash.

A process that can be done in-camera or in post-processing that extends the dynamic range (difference between light and dark areas) by taking multiple photos at different exposure levels. HDR imaging can create a photo that looks closer to the human eye in terms of the light and dark areas.

A method used for moving subjects. Involves moving the camera with the subject so that the subject stays relatively in the same spot of the frame while moving. Used to create a sharper image of the subject.

An error that occurs when the image seen through the viewfinder and the resulting captured image do not match up. Occurs in camera where the viewfinder is not through-the-lens such as rangefinders and TLR cameras. Usually only noticeable when photographing subjects close-up.

An unprocessed and uncompressed file created by a camera. Usually takes special software to view and edit on a computer. Gives more latitude for editing.

The times it takes for a camera flash to charge before it's ready to be fired again.

A flash system where one flash or device (the master) can control another flash (the slave). A master can control a slave, but not the other way around. Not all flashes are made to be masters or slaves.

The act of altering the focal plane of a camera by moving the bellows of large format cameras or the angle and position of a lens with modern TS lenses.

An effect that creates darker edges around a photograph. This can be caused by poor lens design, an incompatible lens hood, stacking too many filters, or by post-processing software. Though originally an unintended an undesired effect, it is used by many today for its aesthetics.