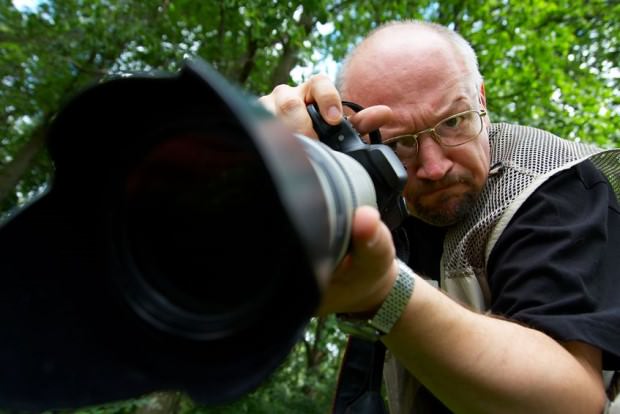 It doesn’t seem fair to talk about anyone’s flaws, regardless of social status, profession, ethnicity and so on. However, none of us are perfect; we are all more or less flawed. We shine on one side and we stink on the other. Photographers, as a group, have the same flaws as everybody else. They just come out differently. I’ve said this before, and most of you probably know it by now, photography is not just a hobby or a profession. It is a way of life and it will impact the way you do things. Here are some of the most common human flaws lived and expressed by photographers.

Please note that no harm is intended upon anyone. This is merely a humorous attempt to further define the portrait of the modern photographer.

Despite the first impression photographers may give you, that they are active, hard working professionals, they’re actually pretty lazy. Some would make sloths envious. Laziness in photographers translates differently than you might think. It’s not that they sit on the couch all day watching what other photographers do on Next Top Model or Fashion TV. It more likely manifests itself as a severe lack of will to carry sufficient equipment to the shoot, or in the form of a subtle inner voice that tells them there is no need to get down on their knees for a different perspective, because it will do as it is.

A photographer’s greed is not conventional. It’s not always about more money, a cooler car, or a longer vacation. No, the photographer’s greed is about gear. The more, the better. The more expensive and high end, the happier he is. But you see, the thing is that in most cases there is no real need for that gear. Just like there’s no real need for a Bentley. It does exactly what a Toyota does. It is exactly the case of the medium format cameras photographers dream of, and the “average” full frame cameras they own. It is rarely a question of actual need and most of the times it’s just a sort of innocent, childish greed. We all love new toys don’t we?

Photographers are jealous. They’re jealous of their peers, jealous of models who have it “way too easy”, jealous of popular Instagram accounts, etc. The worst part is actually not that they’re jealous, but the fact they usually act like frustrated eight year olds around the people they are jealous off. If you don’t believe me, just take a closer look at your photographer friends (because of course you won’t admit it).

Photographers are usually very stubborn. They love being right and rarely admit it when they’re wrong. Plus, they’re kind of in their own world, which has a protective shield against other people’s advice.

Now, to be fair, there is absolutely nothing wrong with ambition and competition. They are the building blocks of progress. But they only work like that in the right quantities. Since photographers have artistic personalities, all of the above are canceled. It doesn’t really come as a surprise, this excessive sense of competition. The market is so over flooded, it’s like they hand out cameras for free at unemployment offices. So, we get away with this one.