The 9 Most Dangerous Photography Jobs on the Planet

Oftentimes photographers put themselves in very dangerous positions in order to get that perfect shot. Sometimes they find themselves in that position completely by happenstance, but other times it’s actually their chosen career path that puts them actively in harms way. So what are some of the most dangerous photography jobs out there? Take a look at this plethora of careers that intrepid photographers can choose from. 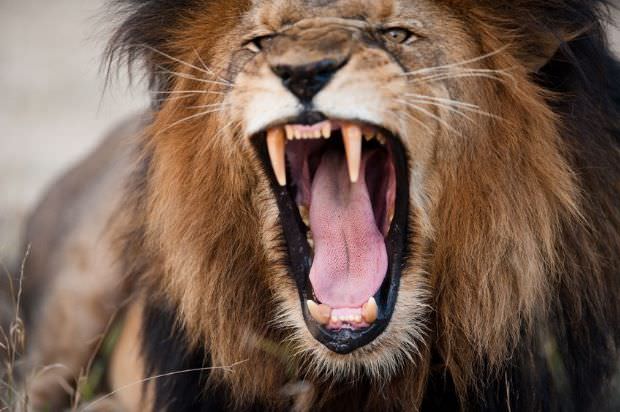 If you’re just shooting Bambi in the woods, this might not be such a dangerous job (unless Bambi has sharp horns and chooses to charge at you), but if you find yourself out on on an African safari or deep in the Australian outback, this could be downright deadly. Danger in the wild can come in the form of a hungry hyena who sees you as food or a tiny poisonous spider slipping into your camera bag when you aren’t looking. Nature photographers also take huge risks in the ocean when photographing sharks or whales.

Photojournalism is one of the most widely known careers for a photographer and one of the biggest headlines of our day are the ongoing wars across the globe. This is not only one of the most dangerous photography jobs out there, but it’s also known as one of the most deadly jobs on earth. Sometimes photographers attach themselves to military units, which provides them a bit of protection, but sometimes they travel independently to war torn regions and put themselves in the thick of it all on their own. 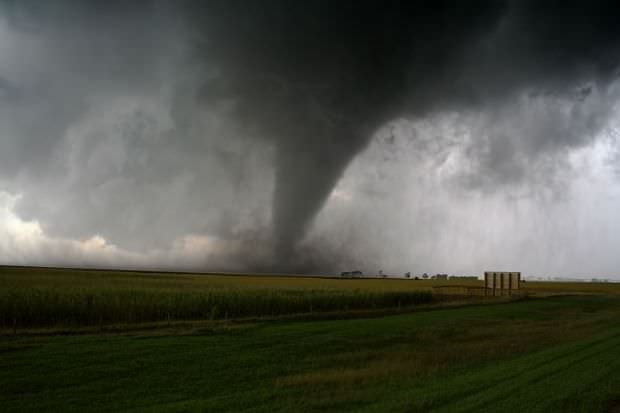 Nature is beautiful, but it can also be incredibly deadly. Tornados are one of the most dangerous weather conditions photographers encounter. They are unpredictable and can change directions with little to no warning. When massive storms like hurricanes begin to roll into an area, photojournalists flock to the region to get pictures of mother nature at work. They often catch stunning before, during, and after pictures contrasting the power of the storm, but the “during” part puts them at great risk. High winds, lightning, flooding, and increasingly dangerous driving conditions all have a hand in making this one of the most dangerous photography jobs out there. 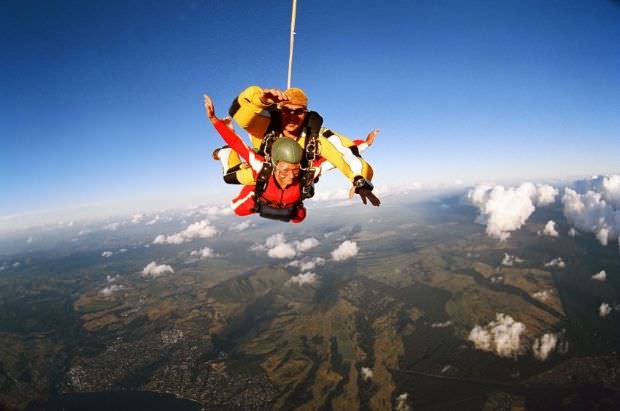 Every thrill seeker wants to capture the moment they first step out of a plane and go hurtling towards the ground in a freefall. It gives them something to brag about later to their friends and lets them take home a tangible memory of that time when they did that really crazy thing. Someone has to take that picture, of course. That’s where a skydiving photographer comes in at. All beginning skydivers are attached to an experienced instructor who occasionally doubles as a dive photographer, but sometimes a skydive photographer is a completely separate person who has the pleasure of photographing dozens if not hundreds of people as they jump out of planes over the course of their careers.

This might not be the first thing to come to mind when one thinks of dangerous photography jobs. How much danger do you feel when sitting in the stands of a football game? Not much. But photographers put themselves right in the action, much closer to the potential danger than those sitting in the stands. They might run along the sidelines of a football game, for example, and potentially get trampled over if players get tackled in their direction. Motorsports is probably the most dangerous sport for photographers. They are constantly standing right next to very fast moving metal objects that can get thrown off course by the slightest bit of debris on the track or driver miscalculation. Professional photographers are usually smart enough to stay out of harms way, but accidents do happen and the photographers on the sidelines are the closest spectators when things go wrong. 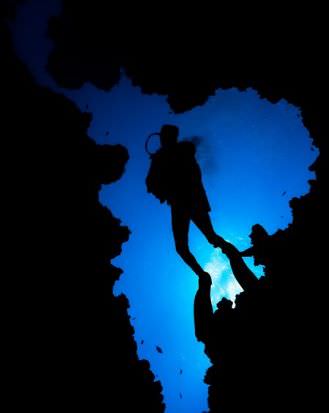 As mentioned in the wildlife section, there are a lot of animals in the water that can kill you, but there are a lot more risks than just that. If you are scuba diving to great depths you get all the risks that come with that hobby (the bends, drowning, oxygen contamination, hypothermia), but you have the added joy of being distracted by trying to capture the perfect picture. As you are floating peacefully in an underwater cave lining up that perfect shot you might not notice that you’re drifting into some extremely sharp rocks.

Like underwater diving photography and skydiving photography, cave photography comes with all the dangers of the activity plus the added distraction of trying to snap the perfect shot. Even the most experienced spelunker can fall victim to a dangerous fall or getting wedged in a tight spot. Add in a distraction and you are far more likely to have an accident. Asphyxiation is also a common accident for many cave explorers, whether they are distracted or not. If you go too deep into the cave you might not have enough time to climb out by the time you realize that your oxygen is running low.

Modern day photojournalists put themselves into dangerous situations right here on the home front every day. Superman’s Jimmy Olsen, perhaps the most famous fictional photojournalist, never thought twice before heading straight towards super villains to snap a picture for the Daily Bugle. Sure, that’s a fictional photojournalist, but Jimmy’s real life counterparts face situations that are equally as dangerous right here in the non-fiction world. Hostage situations, high speed car chases, gunmen, fires, the list goes on. They put their lives at risk to make sure there are photos to go in tomorrow's daily paper.

Traveling to popular tourist destinations isn’t usually terribly dangerous, but the adventurous traveler often finds themselves far off the beaten track. Being in an unfamiliar location with limited access to resources can put anyone at risk. There’s also a potential language barrier, which makes navigating these remote areas even more difficult. As a photographer, being in an unfamiliar setting with expensive equipment can also make you a target for thieves. So not only are you by yourself far away from resources and having a difficult time communicating with people, but flashing around expensive equipment can also put a bullseye on your back. But for some thrill seekers, this might sound like the perfect vacation.

So if you’re a photographer and a thrill seeker, you might want to consider one of the above careers. You can get your adrenaline pumping and take some amazing photographs at the same time. But don’t get too distracted by taking the perfect shot. You are in a very dangerous situation, after all, and you don’t want that picture to be your last.