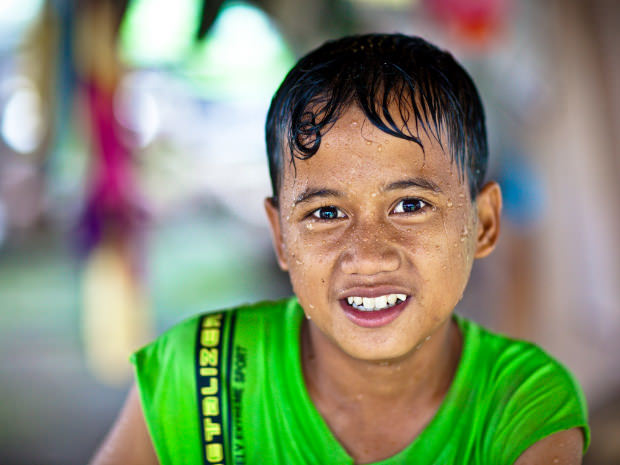 Visual storytelling is no different. A good photographer creates a photo that leads a viewer's eyes anywhere they want in that photo. It's not magic; it's more like a little sleight of hand mixed with science. We accomplish this because we know what interests the human eye, or, more precisely, the human mind. Strong elements in a photograph, such as leading lines, something light over something dark, or something in focus over something out of focus, all lead the viewer's eye to a specific place in an image. These are sometimes called visual elements of composition, or visual weight, and once a photographer knows how to use these visual elements, they can make their image stronger.

Let's take a minute and work back hierarchically from the weakest to the strongest image in a set of related visual elements.

There is a very broad idea that states the eye is drawn to things that are familiar or recognizable over things that are not. Take the image below of the three oval shapes and the bird. Your eyes have no choice — they are drawn to the bird first because your brain says, "Hey, I know that, that's a bird!" It creates visual interest and thus holds your eye. There is another principle that states that the human form trumps everything else in a photograph. Look what happens when we add a human form to the same image. Your eyes know the bird and the human form, yet they will always gravitate to the human form first. It's a law of sorts — we can't help ourselves. There are several theories for why this happens. I think it's simply that, as humans, we relate foremost to other humans and so the human form is the most recognizable. There is no magic here either. If the human form were unrecognizable as a human in this image, then the bird or whatever is recognizable in the photo would trump it for attention. Now let's drill down even more. If the photo has several human forms in it, but only one has a face that is visible, the viewer's eyes will go directly to the human face, as in the next photo. Again, I think that's because it is the most recognizable.

Then the last in this series is the eyes. You might say, "The eyes have it!" They eyes trump everything else. Viewers always, without fail, are drawn to the eyes of a face over anything else. This is why it is so crucial that the eyes in a photo be sharp, in focus, and fully open. Nothing is so frustrating to a viewer than to go directly to the eyes of a subject, only to find them half closed. It's a bit like a mental tease. This idea of visual elements of composition gets complicated and quite nuanced at times. Every component works with one another or against each other. Leading lines can reinforce or compete with the visual element of the human form. So can any other element. A photographer needs to experiment with these fundamentals and learn to use them as a painter uses different brushes or colors when painting.