Everything You Need to Know About Aperture 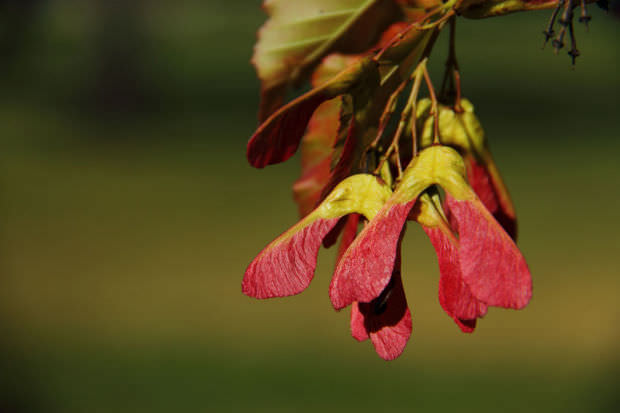 Sure you may know that the aperture controls the light that enters your camera and that it alters your depth-of-field, but do you know that it also affects diffraction and bokeh? Whether you know the basics or not, this article will guide you through everything you need to know about aperture.

The main purpose of the aperture is to control the amount of light that enters the camera. The aperture is essentially like the pupil in your eye, the bigger it is, the more light it lets in, the smaller, the less light it lets in. This, in combination with your shutter speed and ISO setting, enables you to control your exposure. You may have heard others refer to a lens a being “fast”. This simply means that the lens has a large maximum aperture opening and can let in a lot of light, enabling the photographer to a faster shutter speed.

Aperture openings are measured by f-numbers. The smaller the f-number, the wider the aperture, and the bigger the number, the smaller the opening. Knowing your f-numbers is important. Starting with the smallest aperture (biggest f-number) and working your way up, each f-number lets in twice as much light as the one before it. A typical lens has a minimum aperture of f/22 (though some have smaller ones). Your maximum aperture is the widest setting that your lens's aperture opening can be set too. This is an important number to know when buying a lens and, in fact, is typically part of the lens's name such as the Nikon 24-70mm f/2.8 lens. This gives you the focal length and max aperture of the lens. If you're not familiar with your f-numbers, here's a chart to help you remember:

Note: These f-numbers can go beyond f/32 and f/1.4, but this is the most common range of f-numbers you will find.

There is a secondary effect of changing your aperture to correct your exposure. This effect is no less important however, as it changes your depth-of-field. DOF determines how much of your scene is in focus. Though your aperture is not the only determining factor, it is a major one, and the one most easy to adjust. Larger aperture openings, like f/2, will give you a much shallower depth-of-field than smaller openings such as f/11. So keep in mind that when you change your aperture to properly expose your scene, you're also altering your DOF. So while you may need a lot of light to shoot a landscape on a dark, cloudy day, opening your aperture may not be the best idea if you want all of your scene in focus.

Diffraction is a form of distortion that is always present in a photograph, but is really only visible when using smaller apertures. When you start to get around f/11, diffraction can be noticed. Basically, it softens the image slightly, robbing you of optimal sharpness. Diffraction gets worse the smaller the aperture is. Little can be done to fix diffraction other than post-processing sharpening, which won't give you back the true detail, so it's best to avoid the situation rather than try to fix it.

Bokeh is a term used to describe the out of focus points of light in a photo. Many portrait photographers and other enthusiasts of shallow depth-of-field photography will take bokeh into consideration when purchasing a lens. Some bokeh can be harsh and clunky looking, while some can be smooth. The shape of the bokeh is determined by the shape of the aperture opening. The more blades in the aperture, the rounder the bokeh will appear. With fewer blades, bokeh shapes may look hexagonal or heptagonal. If you want to test the bokeh of your own lens, take a photo that has several bright points of light (small points of light, like Christmas lights, work best) and focus well in front of them at a large aperture so that the points of light are well out of focus. The resulting spheres of light will be your bokeh. There is not a particular bokeh that looks good or bad. Photographers have different preferences on which bokeh looks best.