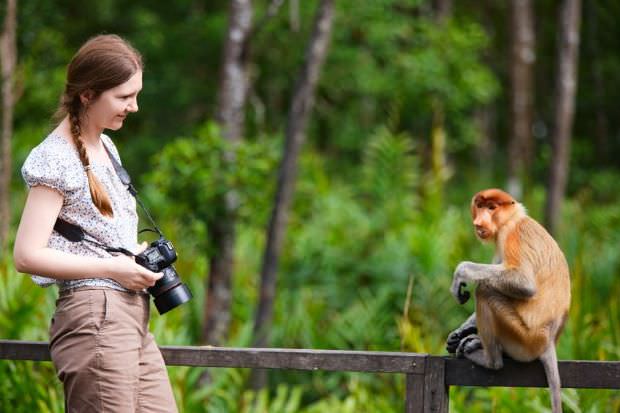 Obviously, not all that was predicted for 2013 has come true, so the predictions we are about to make now might also not happen entirely. But we are about to enter the new year, and like always, there is excitement in the air when you think about all the interesting stuff that might happen or all the cool new gadgets that might come out. None of our predictions are based on any classified or off the record information, and there is no particular order in which we made them. So, here are our 2014 predictions for the world of photography.

The compact market will near its death

This probably isn’t a shocker for anyone. The compact camera market has been going downhill for quite some time. Everybody seems to be relying on mobile photography these days. But I’m talking about those crappy, poor quality cameras, not about masterpieces like the X100s or the Ricoh GR. So whatever plastic compact camera you might have lying around the house, keep it. Someday it will be looked upon like a museum exhibit.

What has been regarded as technical flaw until now is rapidly turning into a style ingredient. Just as vintage tones started taking over several market branches, such as weddings, lens flare effects are getting more and more popular. It might get to a point where no post processing will be complete in the eyes of the client without the proper lens flare.

Wi-Fi for every camera

This would be a pretty cool change. Better ability to connect cameras with computers or iPads is something that has been needed for quite some time. Hopefully, it won’t be too long until it becomes a standard.

Nobody is going to declare war on CF and SDHC cards anytime soon, but it would be nice to have some memory capacity when you buy a new camera. By that , I don’t mean a few photos in the buffer, but something of high speed and capacity , like a Solid State Drive.

Mirrorless cameras and advanced compacts are rapidly becoming preferable to the classic, bulky DSLR that everyone used to want to own. These smaller cameras are now being equipped with technology that is capable of delivering equal image quality. The arguments for DSLRs are rapidly losing ground.

Again, not much of a surprise. Photography is becoming more and more popular and cameras are getting more affordable and they are giving better image quality. The supply is already far greater than the demand ( anyone want to try a prediction on that? ) and while things are better than they were two or three years ago, it doesn’t look like it’s going to be anything like milk and honey for pros anywhere.

Convergence between photo and video

Many have predicted the inevitable death of classic photography or its marriage with video years ago. So far, it looks like both share a fair amount of fans. Chances are that if you are good at photography, you have been tempted at least once to get into video, even if it was just for the fun of it. Camera manufactures are certainly steering things into the direction of a tight relationship between the two mediums. I don’t believe still photography will go away anytime soon, but things are definitely going to change in the near future.