Why having people in your photos is a good thing 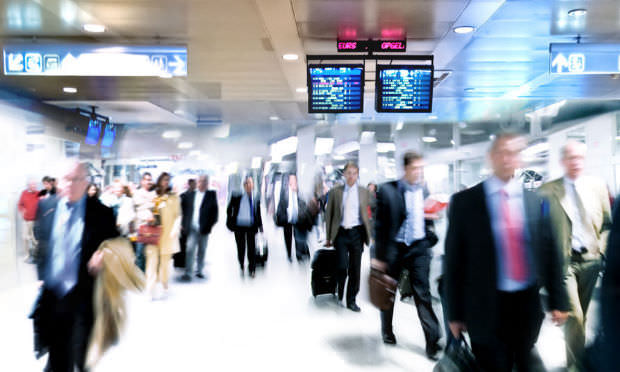 When someone asks me what kind of photography I do, I don’t have a straight answer like landscapes or portraits or fashion. I just say I love shooting people. Not all the photographs in my portfolio have people in them, but most do.

I see a lot of photographers, beginners usually, who seem afraid to include people in their photographs. The reasons vary from fear of personal contact to lack of model release or it can be simply a matter of preference.

But the thing is including people in your photos is actually a good thing, for a number of reasons. Here are some of them.

People are very powerful storytelling elements. We hear clichés like “a picture is worth a thousand words” everywhere, but even if I hate admitting it, they are rooted in reality. Sometimes the expression on someone’s face is all you need to see to have a full understanding of what the photographer wants to express. One of the iconic examples in all photography is Steve McCurry’s Afghan Girl.

People naturally present interest for other people. Including someone in the frame will therefore make it more interesting. It doesn’t have to be a portrait shot from a short distance with a long lens. A silhouette will do.

A sense of scale

Without something easily recognizable by our perception, it’s easy to get confused by something shown in a photograph. For example, it can be hard to tell how big a tree or a mountain really is. Put a human next to it and you will instantly have a sense of scale.

Suggesting movement in a photograph can be a bit tricky. It is usually more spectacular when movement is presented on a static background. Moving people can be captured in spectacular ways, especially with the use of long exposure.

Let’s be direct about this. As a photographer, as a creator of anything actually, you want your work to trigger emotion in whoever looks at it. People checking out other people is one of the most emotional actions known to mankind. If you don’t believe me, ask science. The most powerful photographs in the world are focused on us, on our lives, on the hardships we have to overcome, on the joy that follows success from a long time of hard work. We can all relate to these things and every now and then a photograph that speaks for an entire generation is taken.

I am not saying that if you don’t include a human being in a photo it will be less dramatic, or that a landscape cannot make the hairs on the back of your neck stand up. Nature also has an enormous emotional effect on the human mind.

The need to have people in your photographs should come from within, not because I or any other guy says so in an article. But I do think you should give it a try, especially if it’s something you are not used to doing. It can’t hurt (that is if you don’t get into a street fight for insisting to have someone in the photo) and it can also be a positive shift in your personal style.