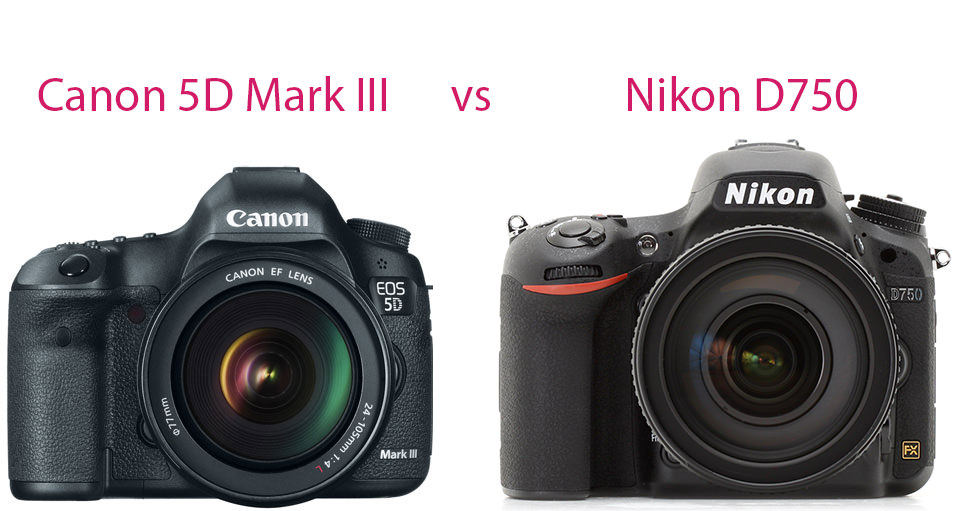 The Canon vs. Nikon debate is probably going to last as long as photography will. No matter what type of photographer you are, you've most likely been involved in one of these debates at least once.

(Success Tip #1: Get a new photo challenge for each week of the year.)

Which is Better? The Canon 5DMK III or the Nikon D750?

With all that said, this is a question that has been filling online forums for a few months and I'm sure is getting a fair share of debates in real life as well. Which is better, the Nikon D750 or the Canon 5D MarK III?

First of all, it's important to note that photographers asking this question either have no problem switching from one system to another, or are in the process of upgrading from an entry level DSLR or a compact camera.

It is my personal opinion that if you do own a few lenses from any of the systems, and I'm talking about decent or pro lenses not plastic, stick to that system. It is ultimately the glass that makes the difference in image quality, not the camera.

Moving on in this challenge, let's start by introducing the 5DMK III. It is currently the workhorse of many professionals all around the world.  The reason for that is that it can do a lot of stuff at professional level. It is a fantastic tool for stills and it's also the choice of many videographers and cinematographers. While it might not be the latest pro DSLR to hit the market (it was introduced in March 2012), it looks like it's going to be around for at least a couple of more years.

On the other side, we have the recently introduced Nikon D750. There are two things you will first notice when comparing these two cameras: the Nikon has a tilting screen and it costs $1000 less.

Comparing the 5DMK III to the D750

That instantly makes this competition interesting. But comparing two cameras is a game of numbers. Thus, the Canon 5D MK III has a 22 megapixel full frame sensor, a 61 point Autofocus system with 41 of those points being cross type and a respectable burst rate of 6fps.

(Success Tip #1: Get listed here and clients will come to you.)

The D750 has 24 megapixels, giving a very similar image size, a 51 point AF system with 15 of those points being cross type and a slightly faster burst rate of 6.5 fps.

As you can see, some of the most important features are quite close, but no real camera comparison can be valid without a proper field test.

MichaelTheMentor has done a thorough comparison between these two cameras that might help you decide which is better for your needs.

Speaking of needs, they are the first thing you should take into account before buying a camera. Forget about how new or how big it is. If it can do a good job and serve you well it is the correct choice for you. Good luck!