26 Types of Photographers How do you see yourself? 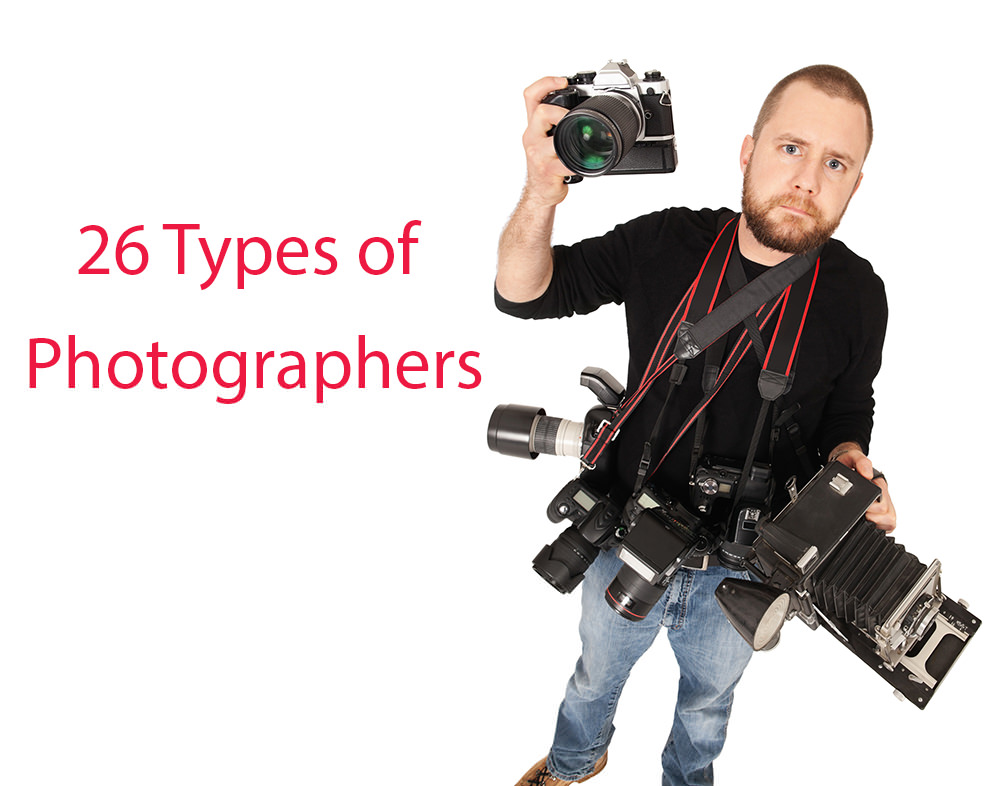 We all know there are a lot of photographers out there. If you're not the kind who networks and stays connected with other photographers, you most likely have a friend or a cousin who is dating a photographer, or is best friends with one. It's become such a popular activity that you're bound to cross paths with a photographer in a lot of circumstances.

The more photographers there are, the more they fit into certain types. We've found 26 of them and we'd like to share them. Which one do you think you, or your photographer friends fit in?

He loves music, concerts and he is friends with a lot of bands. His main activity is photographing music venues. The best way to recognize him is to look for someone with a long lens on the side of the stage, occasionally giving the crowd a mean, cold look. (75 Portraits: Lighting & Posing Tips)

This photographer loves plants and he is more interested in the scientific purpose of photography than creating art. He documents his favorite plants and uses Photoshop to enhance the colors. You can find him crouched in parks and forests, usually using a macro lens or some extension tubes.

A very common type of photographer these days, the hipster is very easy to recognize. He will most likely have an old film camera, which most of the times he barely knows how to operate. He will be wearing Converse sneakers that are so torn, homeless people would refuse them. Skinny jeans and oversized shirts are a must. The best places to spot a hipster photographer are bohemian cafes. 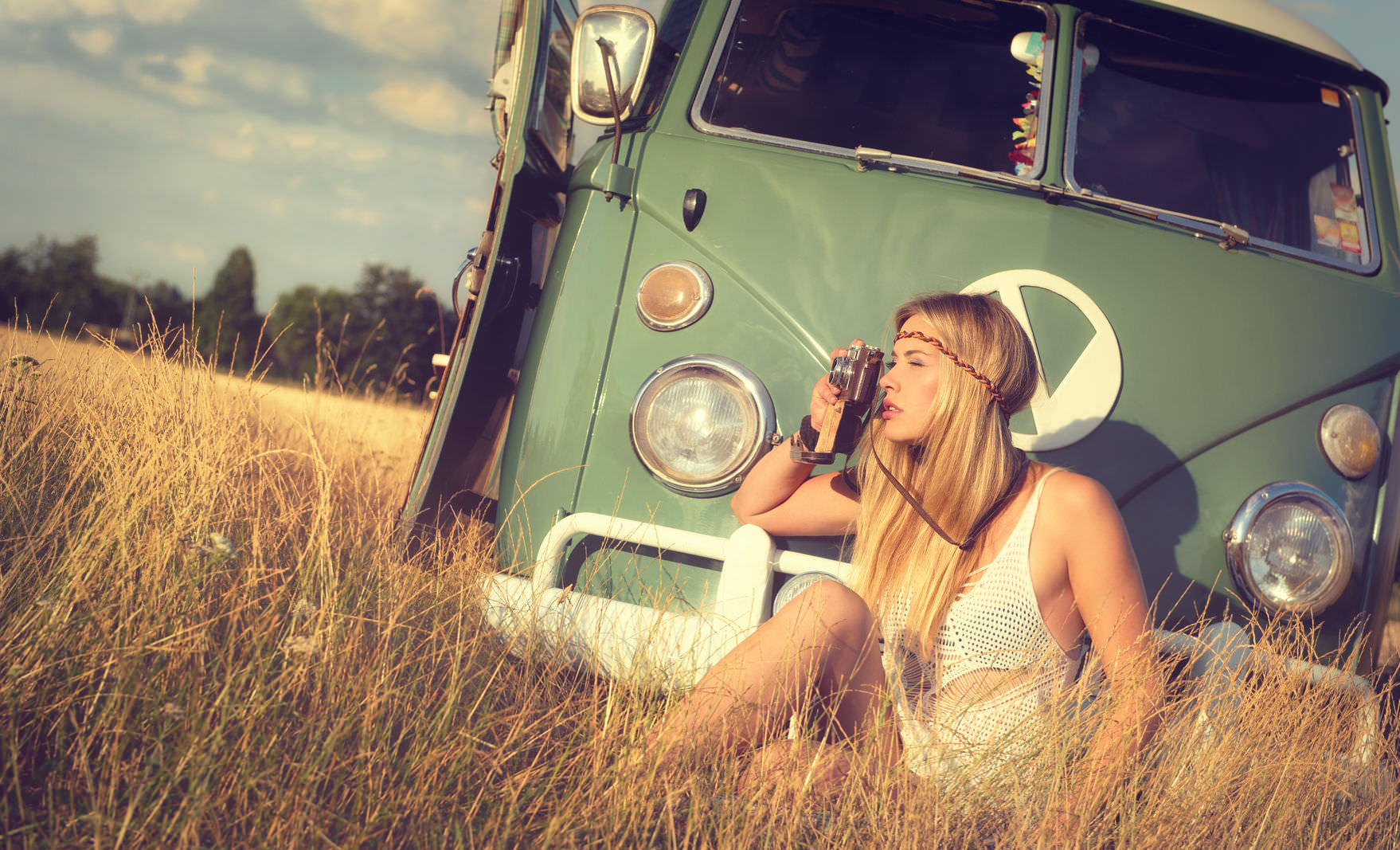 This photographer can be found in large urban areas, particularly on more busy streets. He will most likely have some sort of Leica or Fuji camera, anything less conspicuous than a DSLR. He will often think of himself as the next William Klein and most of his pictures are shot in black and white. His style and attitude is somewhat close to that of the hipster, yet he maintains an old school vibe about him. (Essentials of Street Photography)

This photographer can often be found on road sides, hitching rides to places he may or may not be planning to go. He loves to travel and photograph more than anything, and he has no problem eating canned food and sleeping in shady hostels. 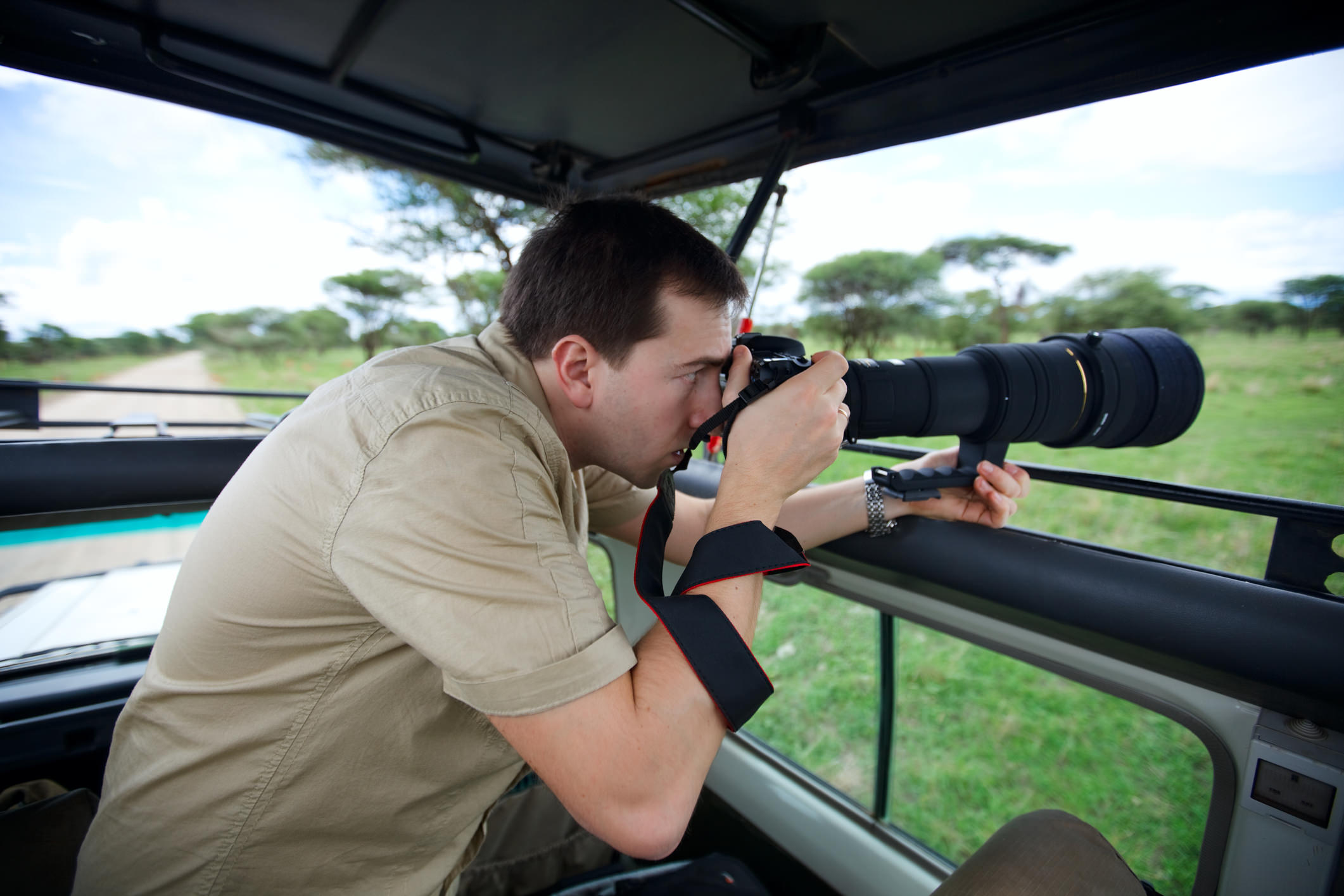 This type of shooter is never separated from his camera. He loves photography so much, that he photographs everything in his path: people, places, ants, posters, airplanes, you name it. He often takes on 365 projects and posts a lot of weird stuff on Instagram. The quality of his work is usually less than professional, but the joy he gets from photographing like crazy is something to be envious about. 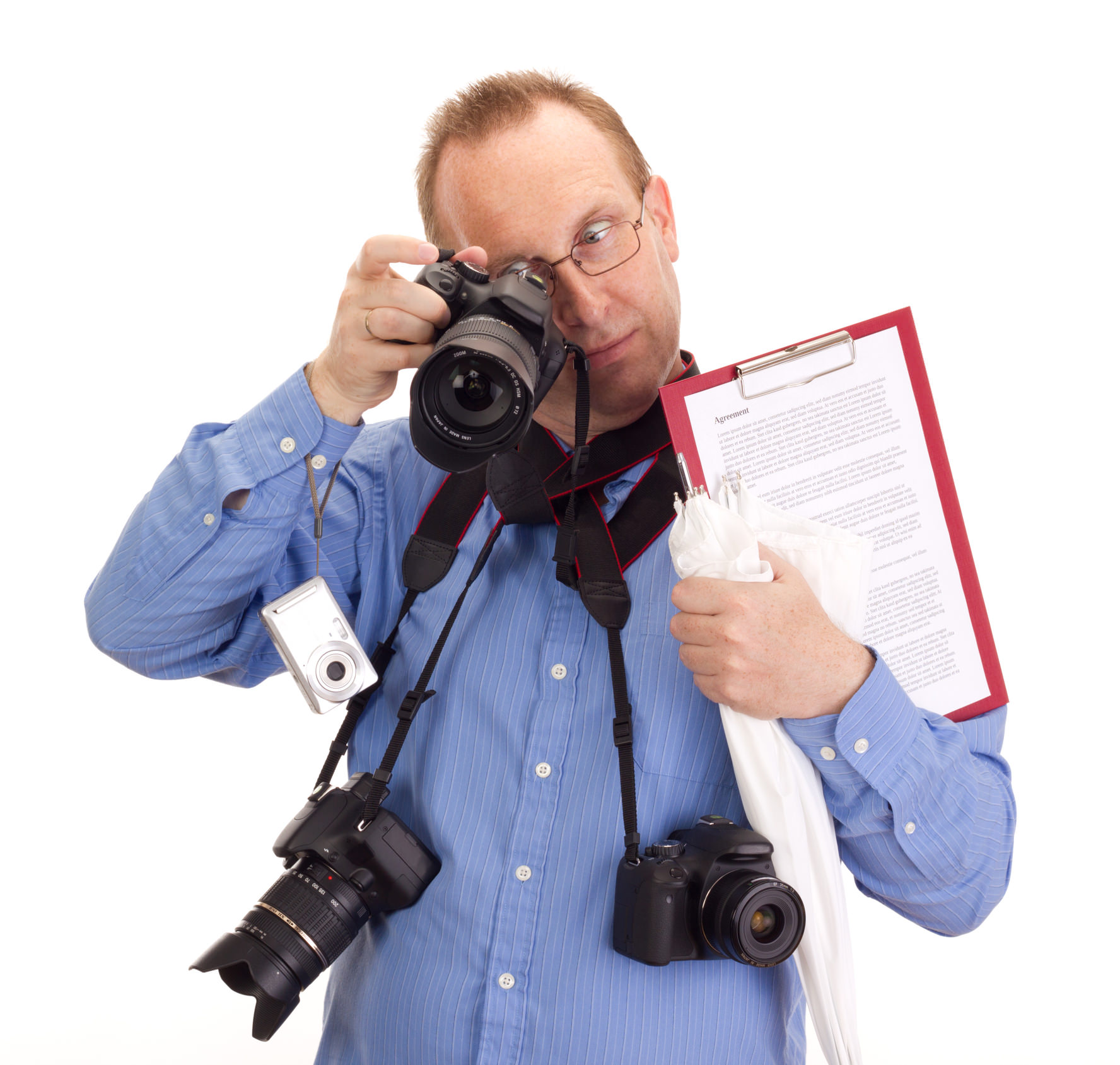 He is either a hired pro sent to shoot a certain species, or a wealthy hobbyist who spends a lot of money on his passion. Either way, the wildlife photographer can be found...actually you can't really see him because he is wearing camouflage most of the times. He will travel to the most remote areas on the planet, to capture an endangered bird or some other interesting species. (Improve  your Wildlife Photography) 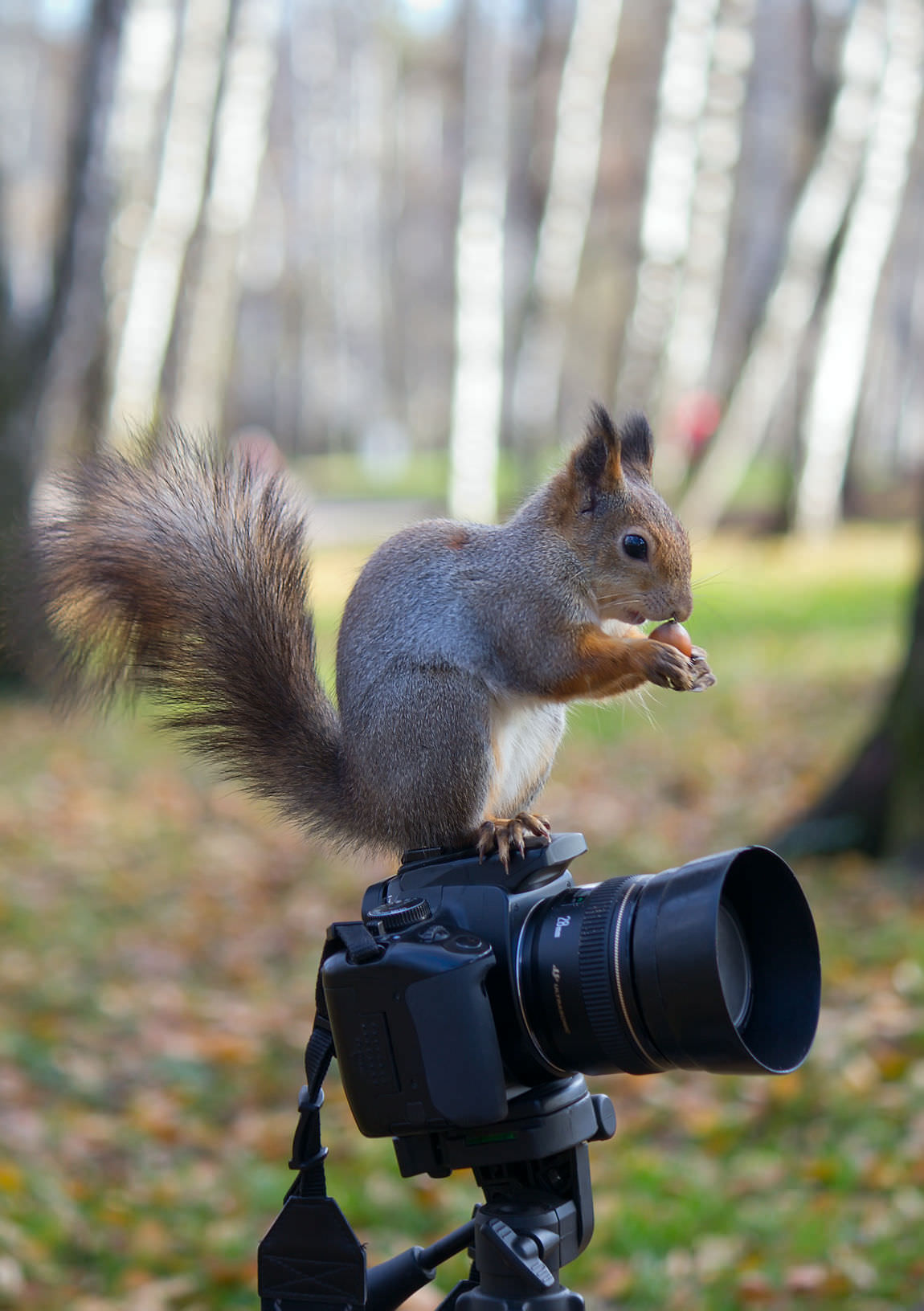 The purist has a dramatic vibe going on and he almost always sets himself apart from other photographers. He hates digital cameras and everything about them and he believes real photography can only be shot on film. Everything else is plastic to him. You will find him in a lot of different spaces, but he can easily be spotted by his Plaubel Makina or other exotic film cameras. 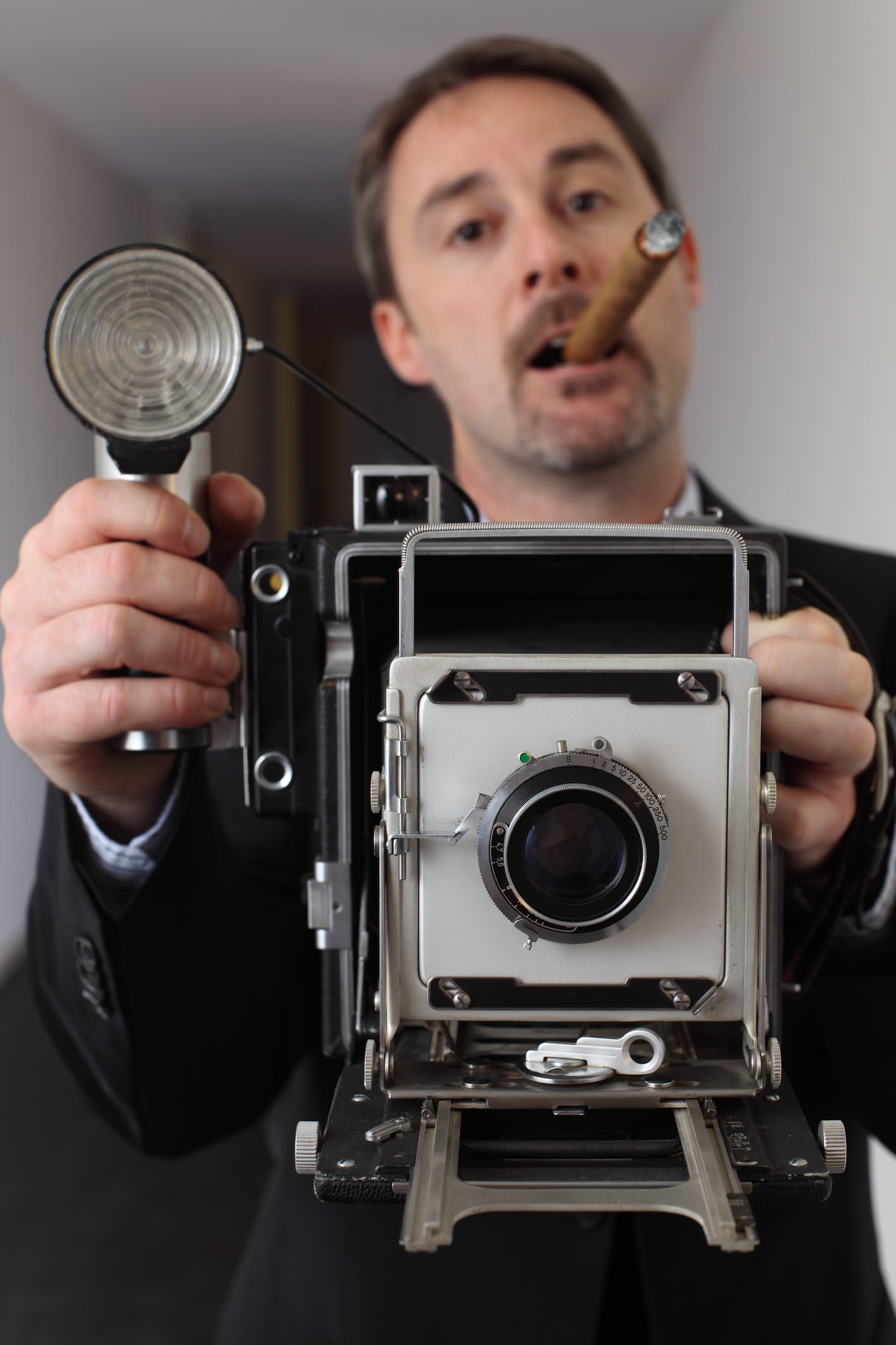 A very common type of photographer, the landscape shooter loves nature and the outdoors. He has a huge collection of filters and a tripod with him at all times. You can easily spot him as he will be the only person on top of a mountain, behind the tripod at 6 AM. (Landscape Photographers Field Guild) 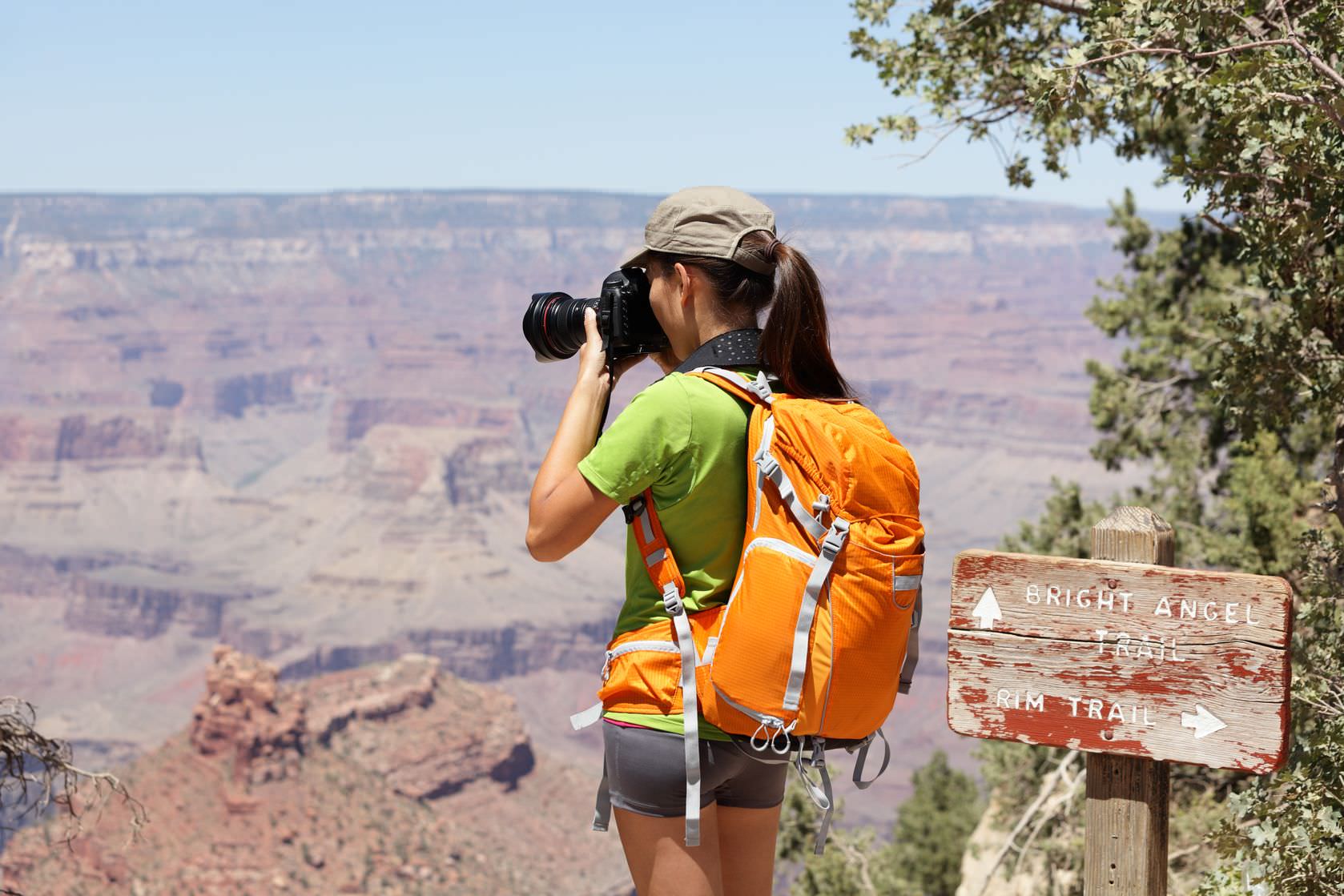 This photographer rarely shoots anything in normal lighting conditions. Instead, he only comes out at night. You will spot him in places with a nice view, operating his tripod mounted camera with one hand, and holding a tea up in the other. His main targets are cityscapes and starry skies.

The gourmet loves food and he loves photographing it. He is often best friends with chefs and food stylists and when you don't see him eating, you'll most likely find him with a camera above a nice plate. He knows all the best restaurants in town because half of them use his services. You can easily spot him in restaurants or in public talking about food.

Easy to recognize, this photographer can be found shooting into the sun most of the times. His main focus are backlit portraits of tanned young people. He is a lifestyle photographer, so don't expect any other kind of work from him.

This photographer loves to play with light and you can identify him by the large set of various flashlights and fluorescent lighting tools. Old buildings present a natural attraction to him and like the Night Lover, most of his game happens at night. (Tips and Technique on How to Paint With Light)

It's hard to tell if you're dealing with a model or a photographer in this case. The model photographer is usually a gorgeous young woman that looks like she just stepped down from a magazine cover. She usually photographs fashion and uses other beautiful girls as models.

Find her in the coolest spots in town, hanging out with various other artists.

This photographer loves adrenaline and everything that is potentially life threatening. He shoots and practices extreme sports and his boring days involve a skateboard and a go pro. Find him photographing all sorts of crazy stuff and generally living on the edge. 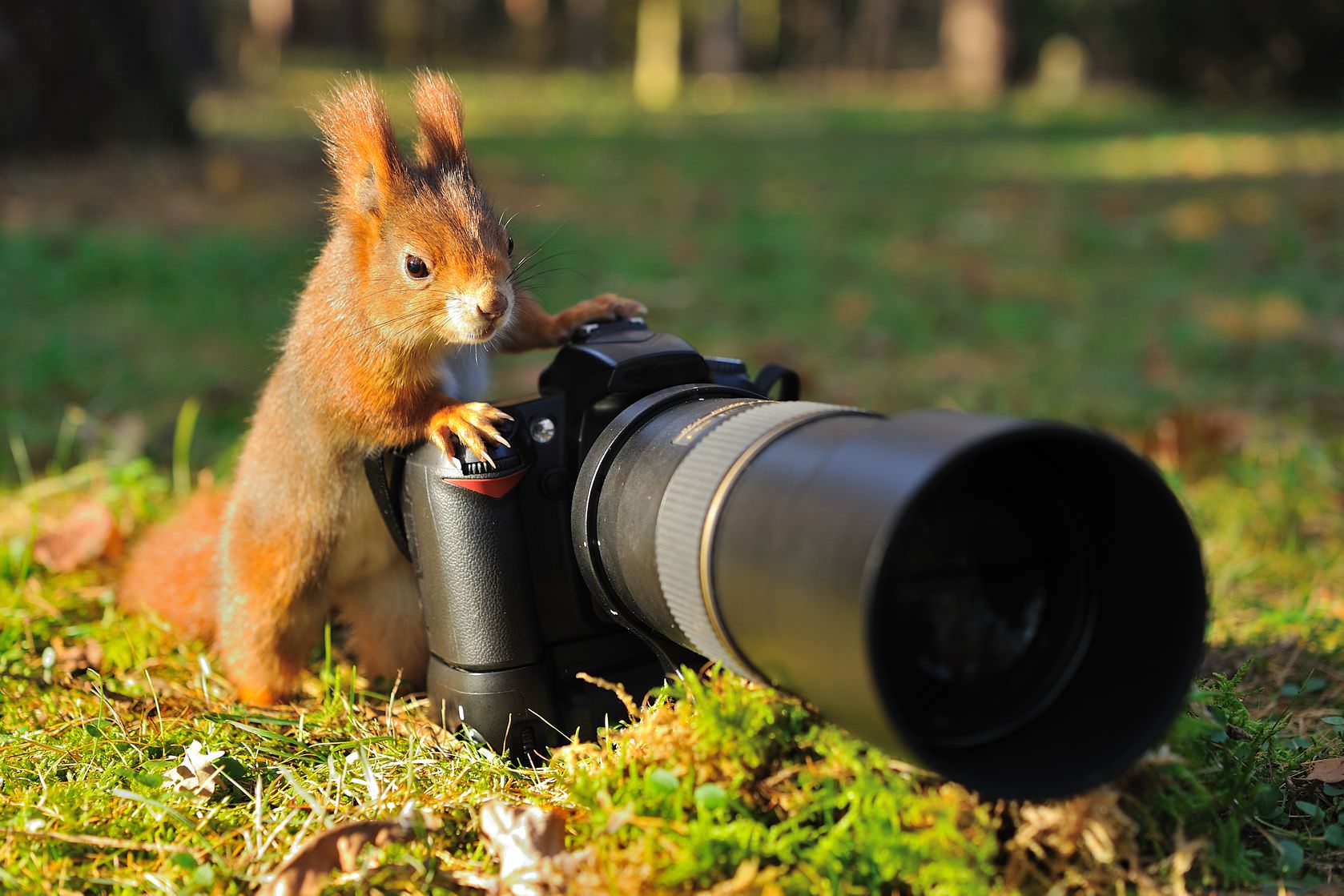 This photographer has is camera pointing up 99% of times. Speaking of cameras, his is most likely modified for astrophotography and it's mounted on a telescope. He is a very passionate astronomer and you can see him at night, on balconies or on a hilltop.

The architect loves buildings so much, that he will wait hours in a row, like a landscape photographer, for the light to be perfect. You can find him walking around impressive buildings, looking for the best perspective. He will also be very annoyed with people who happen to cross his frame when he's at work.

He is a dying breed of photographer, one that devotes his life to documenting world events and news. He can be found anywhere something important is happening, from union strikes to war zones. Look for anyone with two large camera bodies and a scarf.

He is a lot like the purist, except this photographer doesn't even bother shooting normal film. You will find him in various places shooting incredibly large cameras that use wet plates or other ancient technology from the first days of photography. One of his rooms is converted into a darkroom where he plays with chemicals and develops his photographs that look like they were taken a hundred and fifty years ago.

All this photographer loves are cars and pictures. Occasionally he will shoot girls on cars, but that's just to spice things up. He loves hanging out with petrol heads and he talks about cars more than he does about cameras. Find him anywhere near a street race or in empty parking lots shooting muscle cars or pimped BMWs. 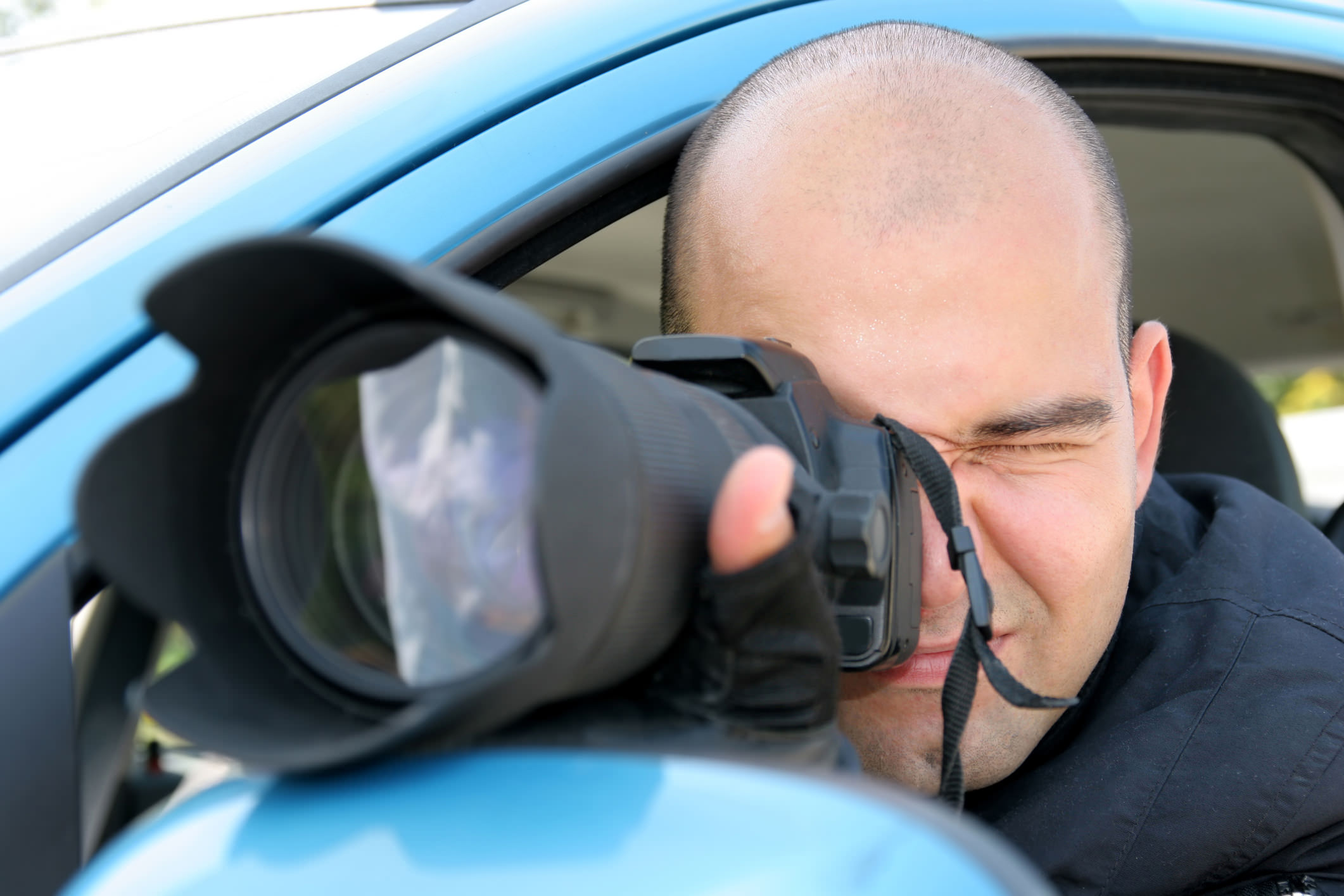 The Self Portrait Photographer

Not to be confused with the common selfie taker, this photographer stages elaborate self portraits. He puts himself in a role and his work is often conceptual and intriguing .His idols include Cindy Sherman and other artists who have made a name by standing in front of the camera. He is hard to find as he makes an effort to avoid crowded places and being seen at work. (500 Poses for Photographing Women) (500 Poses for Photographing Men) 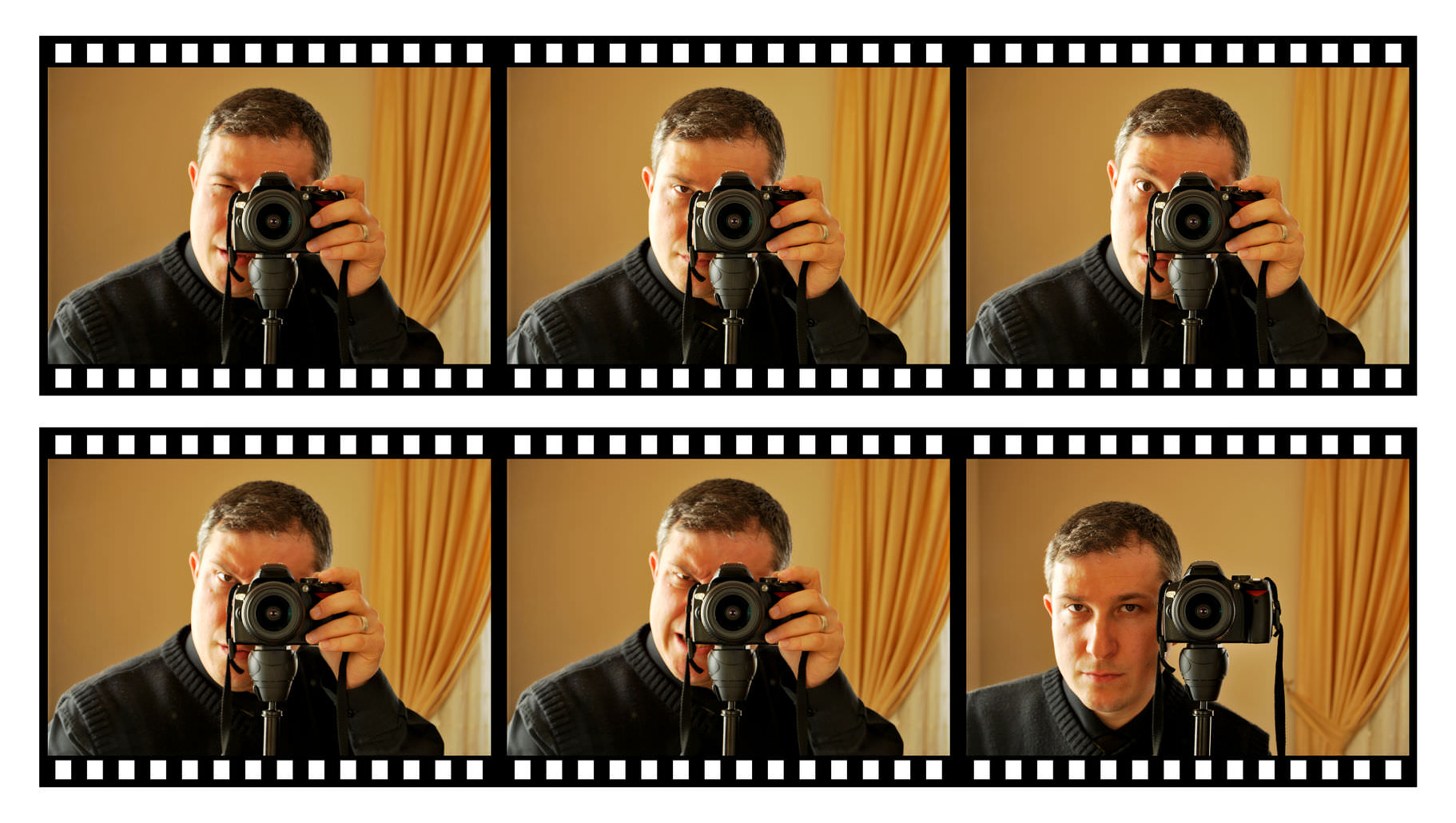 He is often a product photographer as well and he spends most of his time thoroughly arranging objects and creating complex lighting schemes. His images rarely include any people as he enjoys the company of objects. He is hard to find because his work keeps him in the studio.

He praises the German Bauhaus movement and he centers his work on the idea of transmitting a message using a minimum number of elements. He is good friends with the purist and the architect and they are known for having some of the dullest conversations ever.

One of the most common photographer types, the wedding shooter doesn't photograph anything else. Weddings are his bread and butter and he has no interest in becoming good at anything else, nor does art or craft make him excited. Photography is just a job to him and it never goes beyond that. Find him at the nearest wedding. (500 Poses for Photographing Brides)

This photographer thoroughly follows weather reports and he is constantly on the lookout for the next big storm. You will find him wherever people are fleeing from an imminent hurricane. While he knows better than to endanger his own life, he will often be caught in potentially life threatening situations.

This photographer has to have the latest iPhone or Galaxy and is very fluent with terms like “iphoneography”. Above all, this photographer is a very closely related with “The Self Portrait Photographer”. 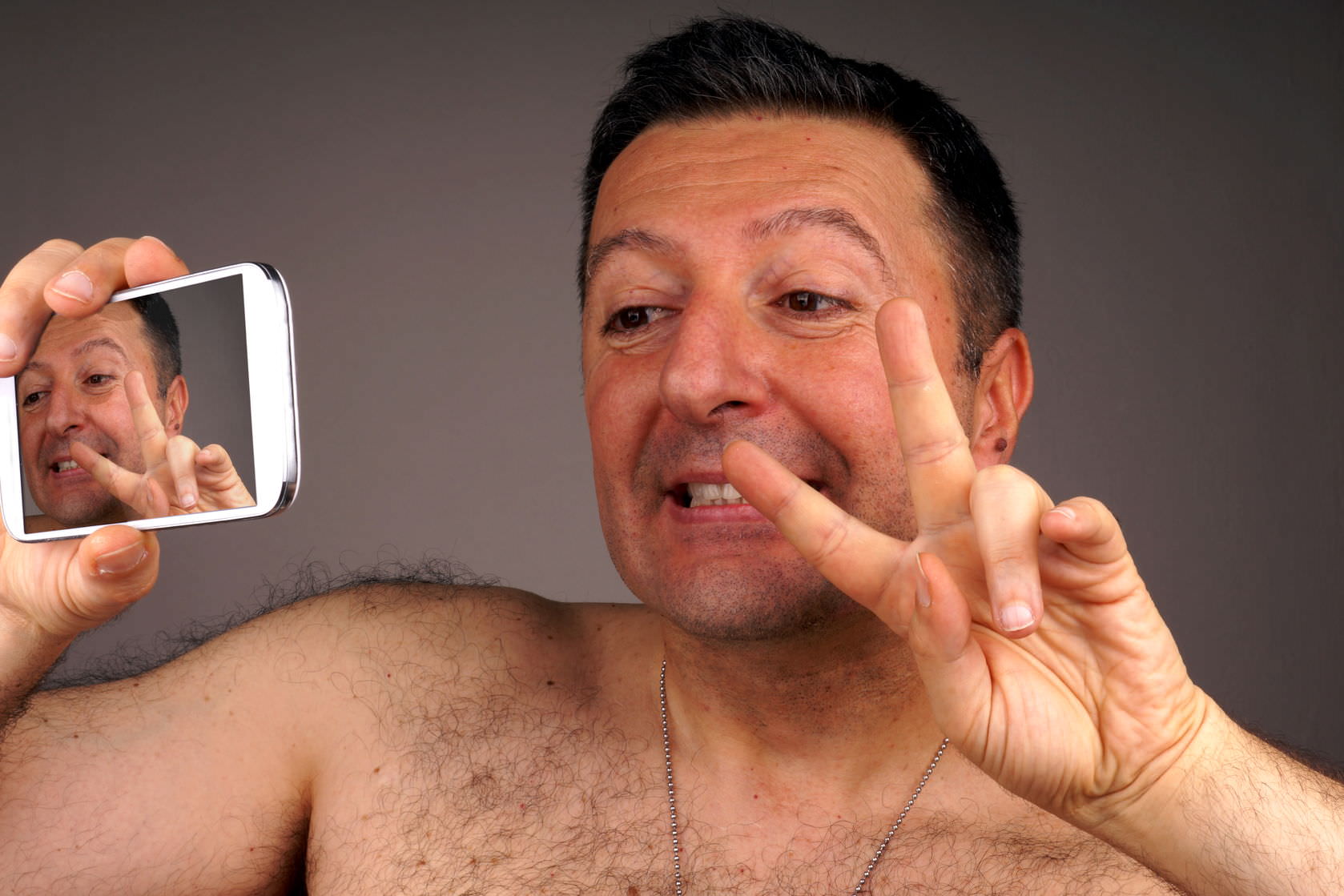