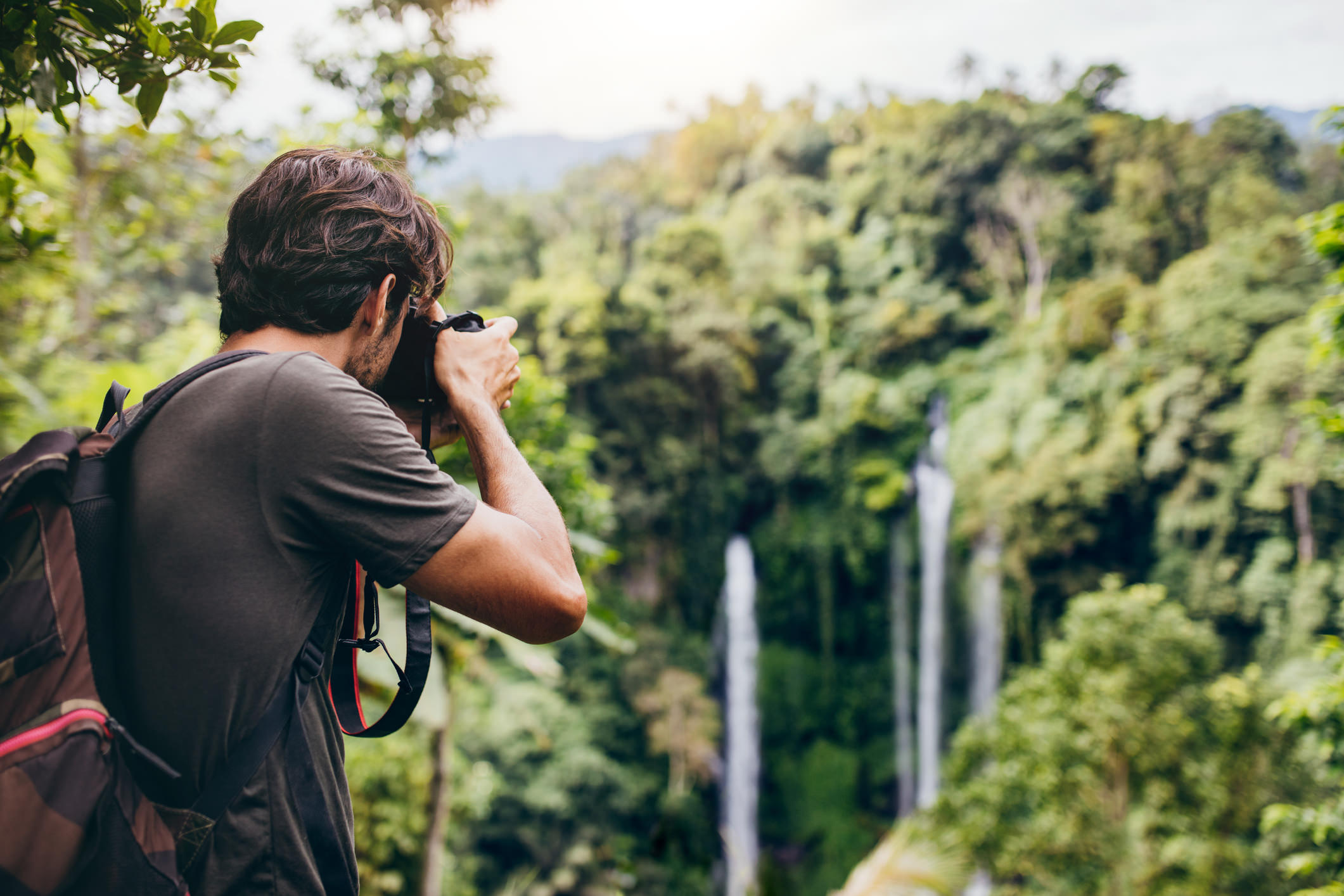 I’ve been hearing a lot of buzz about Fujifilm’s new medium-format camera - the GFX 50S - for quite some time.

It was a big hit at Photokina 2016, but only recently has Fujifilm offered more than teaser specs for what appears to be a truly epic new camera.

And I’m not just throwing around superlatives when I say “epic.” See the specs for yourself:

If that’s not enough to get you interested, let’s explore some of these and other features in a bit more detail. 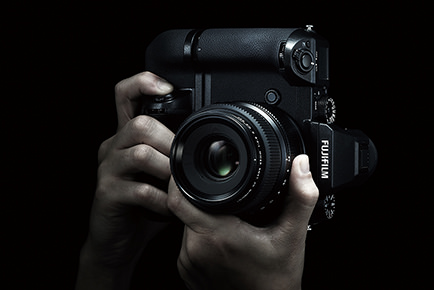 Plenty of other cameras are small.

But no medium-format camera is this small.

That’s a medium-format camera in a mirrorless camera’s body!

The reason why Fujifilm was able to squeeze so much into such a little housing is because they opted for a high-resolution electronic optical viewfinder. As a result, the big DSLR mirror box could be omitted, and the svelte GFX was born.

The camera is also incredibly light - the mirrorless design led to a 33 percent weight loss compared to comparable DSLR bodies.

In fact, the GFX only weighs 32.5 ounces fully loaded. Compare that to its direct rival, the Pentax 645Z, which comes in at a hefty 54.7 ounces.

The Viewfinder and LCD are on Point 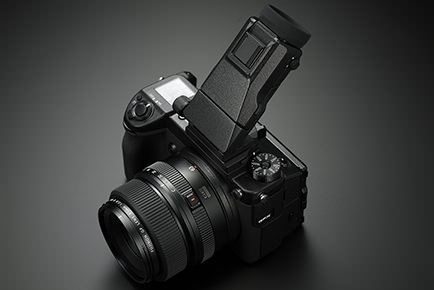 Sony has built a reputation for amazing electronic viewfinders (EVF), but Fujifilm might just give them a run for their money with the GFX.

With a 3.69 million dot organic LED viewfinder, you won’t have any difficulty taking a peek at how you’ve framed up your shots. It sports 100 percent coverage and 0.85x magnification as well.

Did I mention that the viewfinder is detachable too? That’s a nice feature in case you want to travel lean and mean and just use the rear LCD to compose your shots. There’s also an optional tilt adapter for the viewfinder, which enables vertical tilt up to 90 degrees and 45-degree rotation as well. 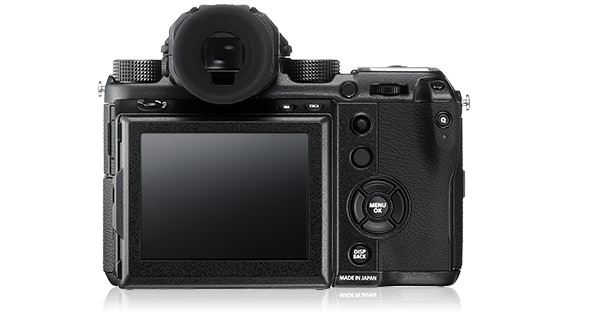 On the back, the GFX 50S has a 3.2-inch LCD with a display resolution of 2.36 million dots. It’s not just a gorgeous display but also a highly functional one that tilts in three different directions for easier shooting - up and down when shooting in landscape format and upwards in portrait orientation.

As if that’s not enough, the LCD is touchscreen-enabled, giving you the ability to select AF points, navigate menus, and even swipe to view the photos on your memory card, much like you’d do with a smartphone or tablet.

The Sensor is Outstanding 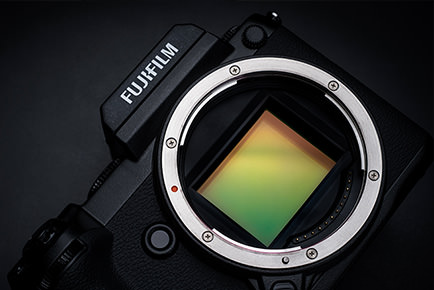 Not only is the sensor 1.7 times larger than a full frame sensor, allowing it to gather an incredible amount of light, but it’s also got an effective resolution of an enormous 51.4-megapixels. The possibilities for shooting in low-light situations and creating impeccably detailed images are virtually endless.

The sensor is paired with Fuji’s excellent X Processor Pro, which has won wide acclaim in the X-T2 and X-Pro2 cameras. This sensor and processor combination results in a great dynamic range with natural-looking colors. Movies in full HD at 30p are a further benefit of the X Processor Pro. 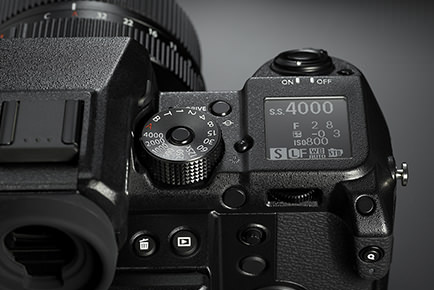 I mean it’s dials, buttons, and controls are laid out well so that making adjustments to settings is easy and intuitive.

Exposure settings like shutter speed and ISO are easy to reach and are in the form of actual dials.

Speaking of dials, Fuji did a nice job not incorporating too many - meaning it lacks the clunkiness of other cameras while keeping the essential controls within easy reach as you grip the camera. The grip is nicely designed as well - it’s large, even for people with larger hands, and feels comfortable and secure as you hold it.

Photographers that spend their time outdoors will appreciate the fact that the GFX’s body is weatherproofed and dust-resistant to protect from the elements. It can withstand temperatures down to 14-degrees Fahrenheit if you fancy some wintertime shots.

It’s Got Its Own Line of Lenses 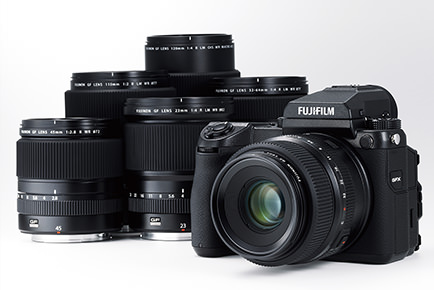 A camera is as only good as the lenses used with it, and Fujifilm has made sure that the GFX will shine with an all-new line of lenses built specifically for the camera.

Dubbed the Fujifilm G line, there are three lenses for the GFX at the time of writing. This includes:

Each lens can more than handle the detail captured by the GFX’s 51.4-megapixel sensor because they were designed to handle a 100-megapixel sensor. And, like the GFX itself, the G lenses are weatherproofed, dust-resistant, and freezeproof, and include hydrophobic fluorine coatings on the front glass to prevent condensation.

Another nice feature is that the lenses have dedicated aperture control rings with locking functions to prevent unwanted changes. The control feature has a Command function as well, which allows you to move control of aperture to the camera body should you wish.

Get a First Look at the GFX

If you want more details about the GFX and see it in action, have a look at the video above. In it, David Flores and Justin Stailey sit down for B&H Photo Video to discuss the GFX’s incredible features.

For those of you interested in purchasing a GFX 50S, it will be released in late February 2017, with expected availability shortly thereafter. The body by itself is priced at $6,499.00.

The lenses discussed above, as well as various other accessories, are already available as well, and judging from the fact that the GFX is a number one seller on B&H even before it’s released, I’d say time is of the essence to get yours!