A Step-by-Step Guide to Shooting Without a Tripod 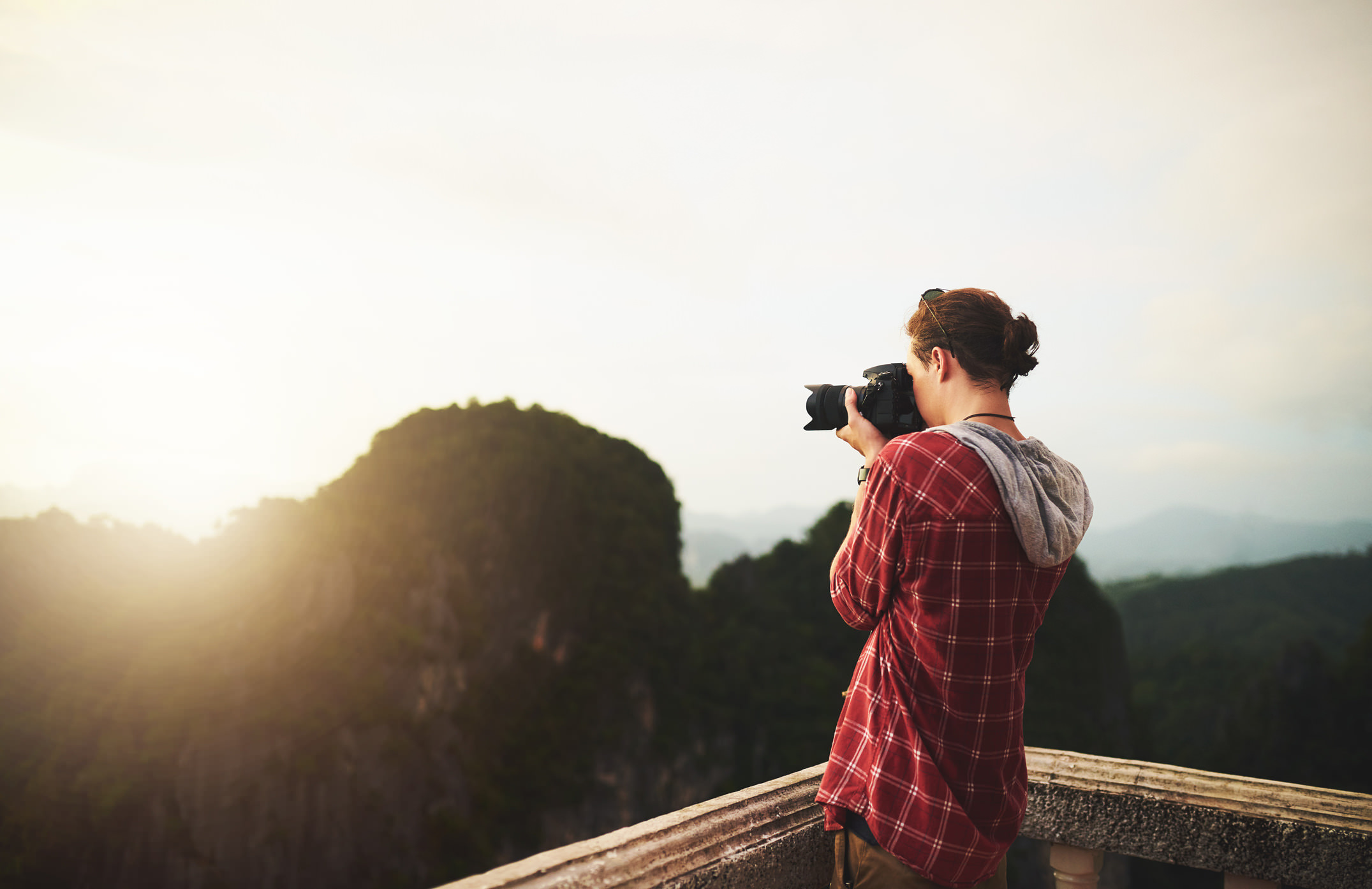 Without a doubt, you should have a good, solid tripod as part of your kit. After all, a stable base is one of the most important elements of capturing the best photos, particularly long exposures or photos in low-light situations.

But sometimes, lugging a tripod around just isn’t in the cards. You might also find yourself in a situation in which your tripod is broken or you simply forget it at home.

Rather than raise the white flag and give up, there are plenty of tricks to use that will help you overcome the lack of a tripod and get pleasing images in challenging situations. 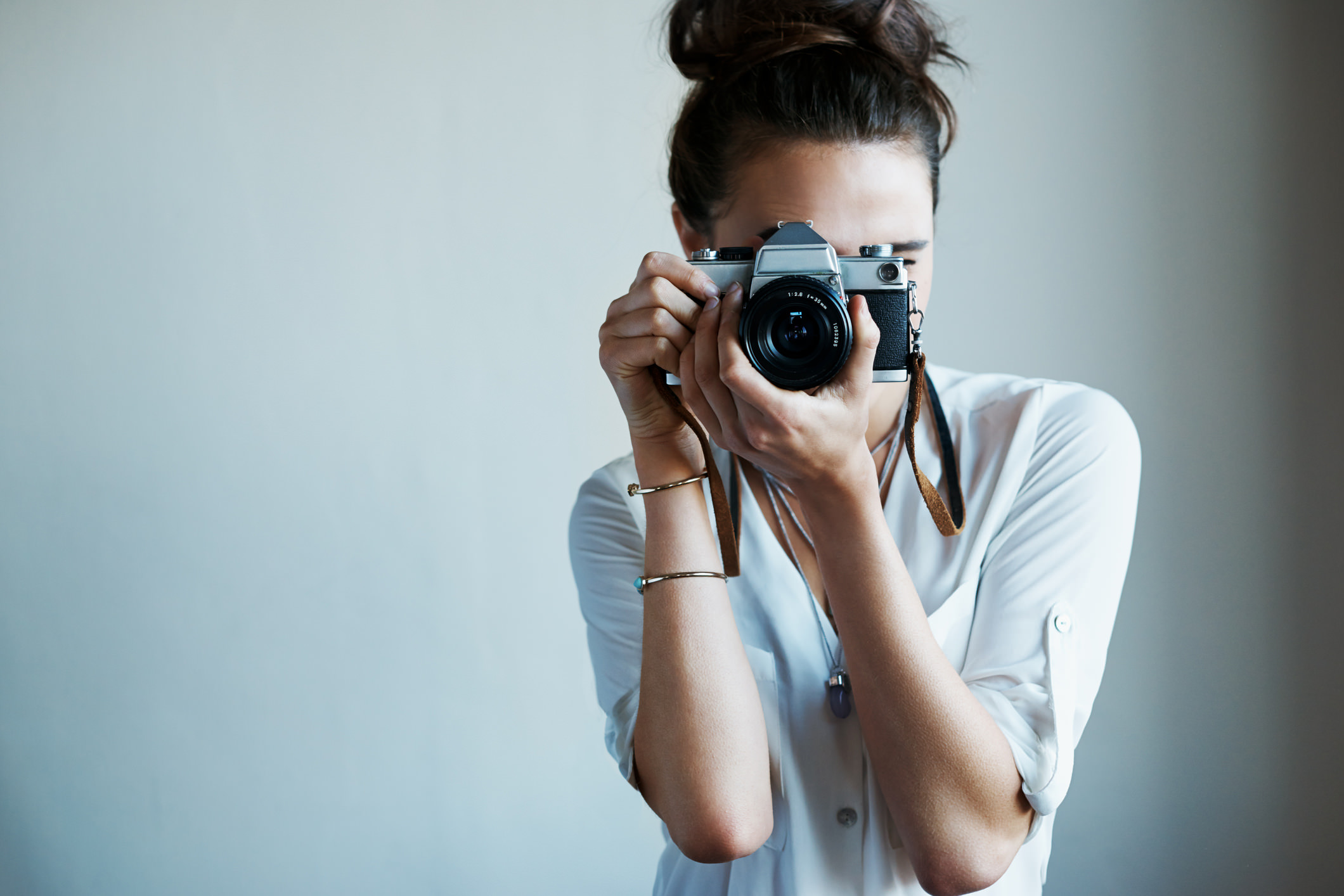 Look around at people taking photos with a DSLR or mirrorless camera, and the chances are that you’ll see a lot of folks not holding the camera in a way that maximizes stability.

What’s common is for people to hold the camera body with one hand, then grab the lens on the side, but without much of a grip.

Instead, try bringing your elbows in toward your chest so they have something to rest on, then move the hand on the lens to its underside, as seen in the image above.

This does two things: first, your elbows now act as a sort of tripod, gaining stability from your core. Second, the hand on the lens takes more responsibility for keeping the camera steady because it’s positioned under the lens, not to the side. 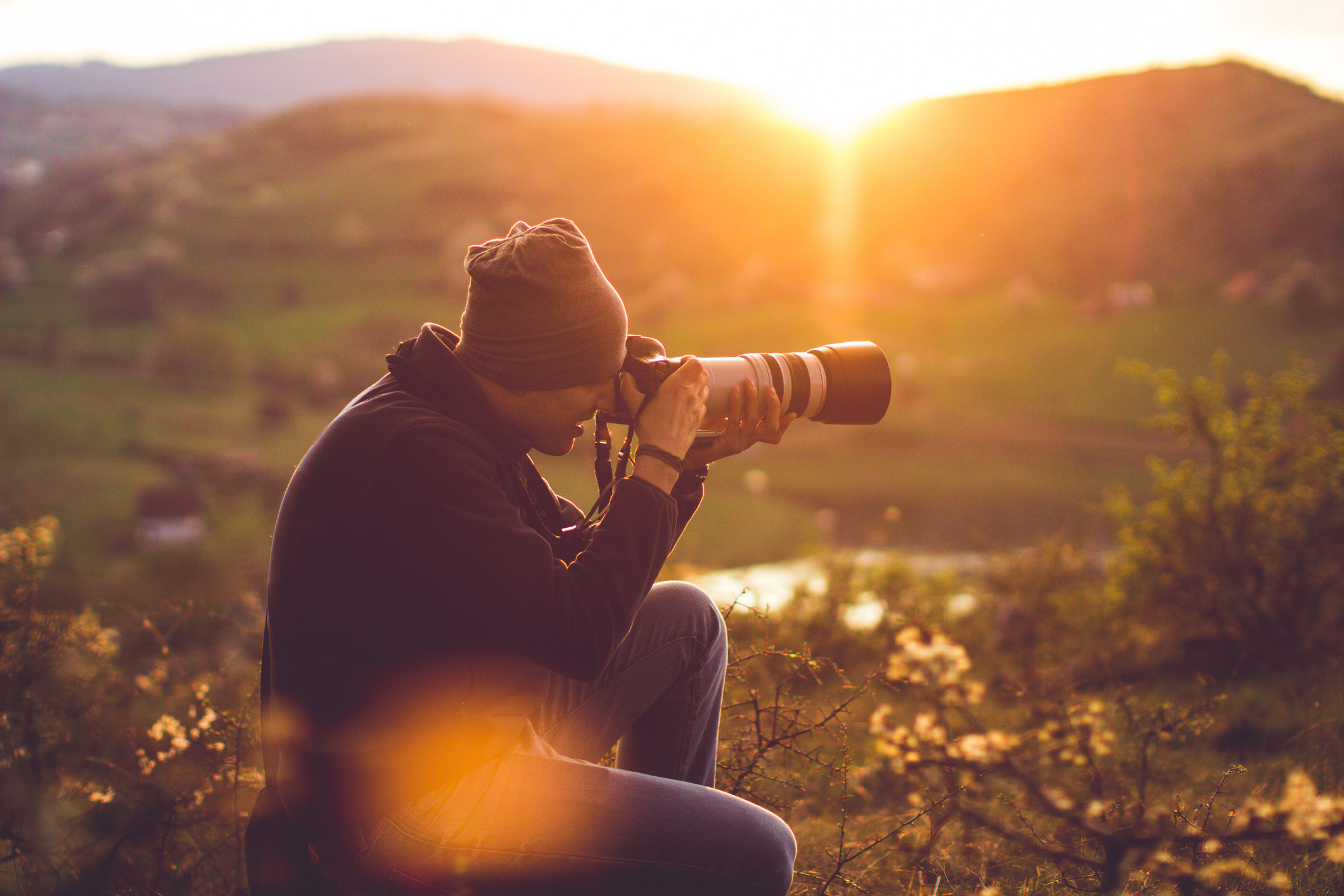 Another option is to use your elbow and knee together to form a tripod. In this instance, you create a stable base by sitting or kneeling on the ground, with your arm then supported by one knee. As seen in the image above, this will work with just about any lens, including a heavy, long telephoto.

Find Something to Rest On 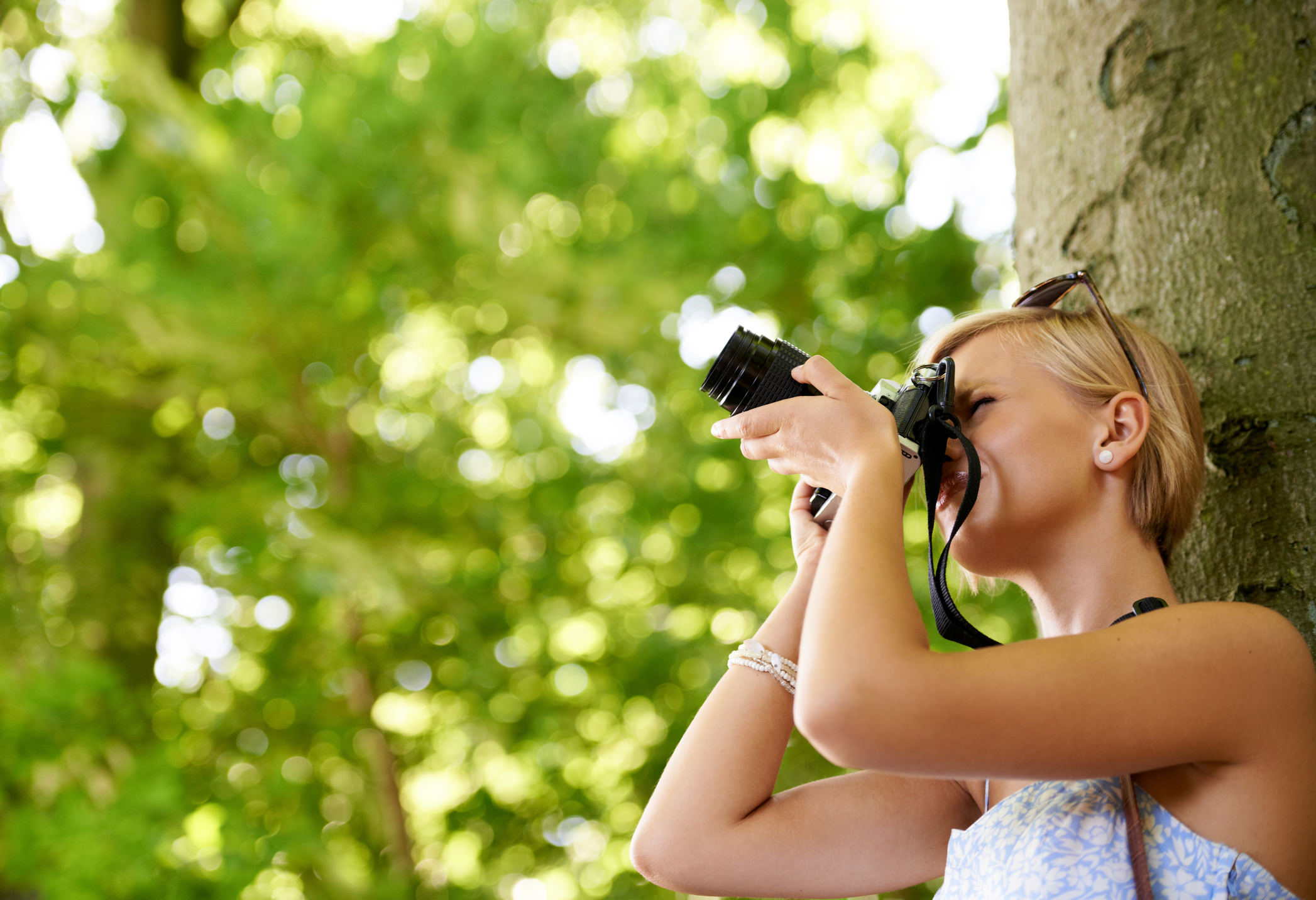 For even more stability, pair a proper hold of the camera with a stable object on which you can either rest your body or rest the camera.

For example, you can use a tree, a fence post, a column or wall, or even the body of your car to lean against, thereby helping you to maintain a more stable base.

Sure, it might not be ideally comfortable to lean against something, but if it helps stabilize your body, and thereby your camera, it’s worth a few seconds of being uncomfortable if it means the photos you take are nice and sharp.

You can also use objects around you as makeshift tripods. A rock here or a table there provides more than enough stability to keep your camera nice and steady. Of course, if the surface of the object on which you rest your camera is uneven, you might need a bean bag to help keep the camera level.

One of the best options for working without a tripod is to have a device like HandlePod that offers all sorts of options for supporting your camera.

Not only can you use HandlePod as a tripod by sitting it on a flat, even surface like a tabletop, but you can also use it as a rock solid grip, pressing it against something like a fence post to give your camera a substantial amount of stability.

HandlePod even comes with an integrated elastic cord, so you can attach the device to just about anything - a post, a fence, or even a tree branch - and your camera will be steady for the shot.

Even if the surface upon which you attach HandlePod isn’t level, no worry! It has three-axis movement, so you’re sure you can adjust your camera such that the photo is level.

Perhaps best of all, HandlePod is small enough to fit in your pocket, so it’s easily transportable. It’s also a breeze to use - literally just pull it out of your pocket, attach it to your camera, and you’re ready to go.

That makes HandlePod an ideal solution for taking photos without a tripod. After all, that’s why it’s one of our 12 Things Photographers Shouldn’t Leave at Home.

Make Your Own Monopod 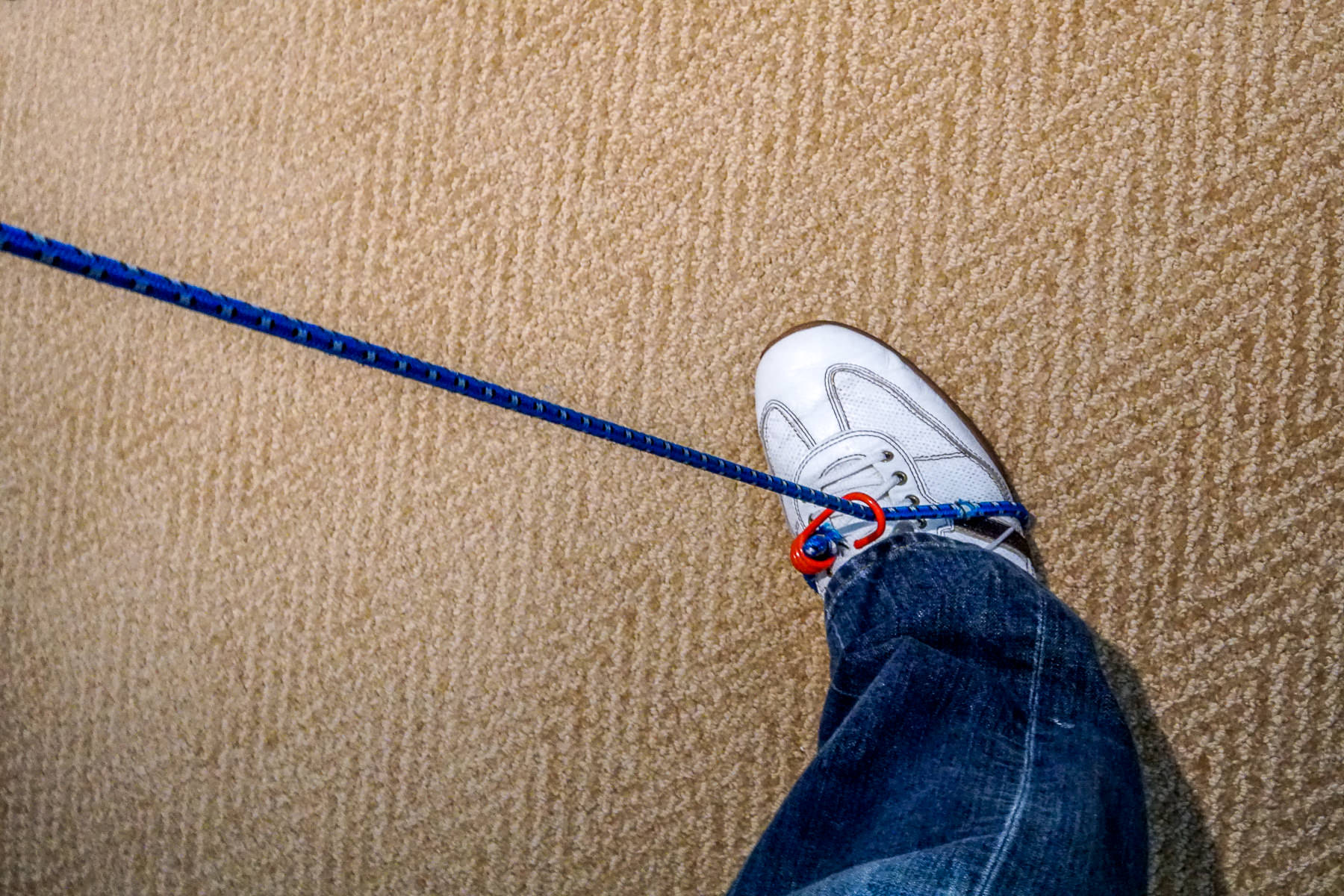 Yet another alternative when a tripod isn’t available is to construct your own monopod.

This can be done quickly and simply:

That’s it! As simple as a string monopod is, it provides a surprising amount of support.

It’s a method that requires finesse, however. Too much tension will cause the camera to be pulled downward; not enough tension defeats the purpose. As a result, you’ll need to practice using your DIY monopod to find the ideal amount of tension to keep your camera nice and steady. 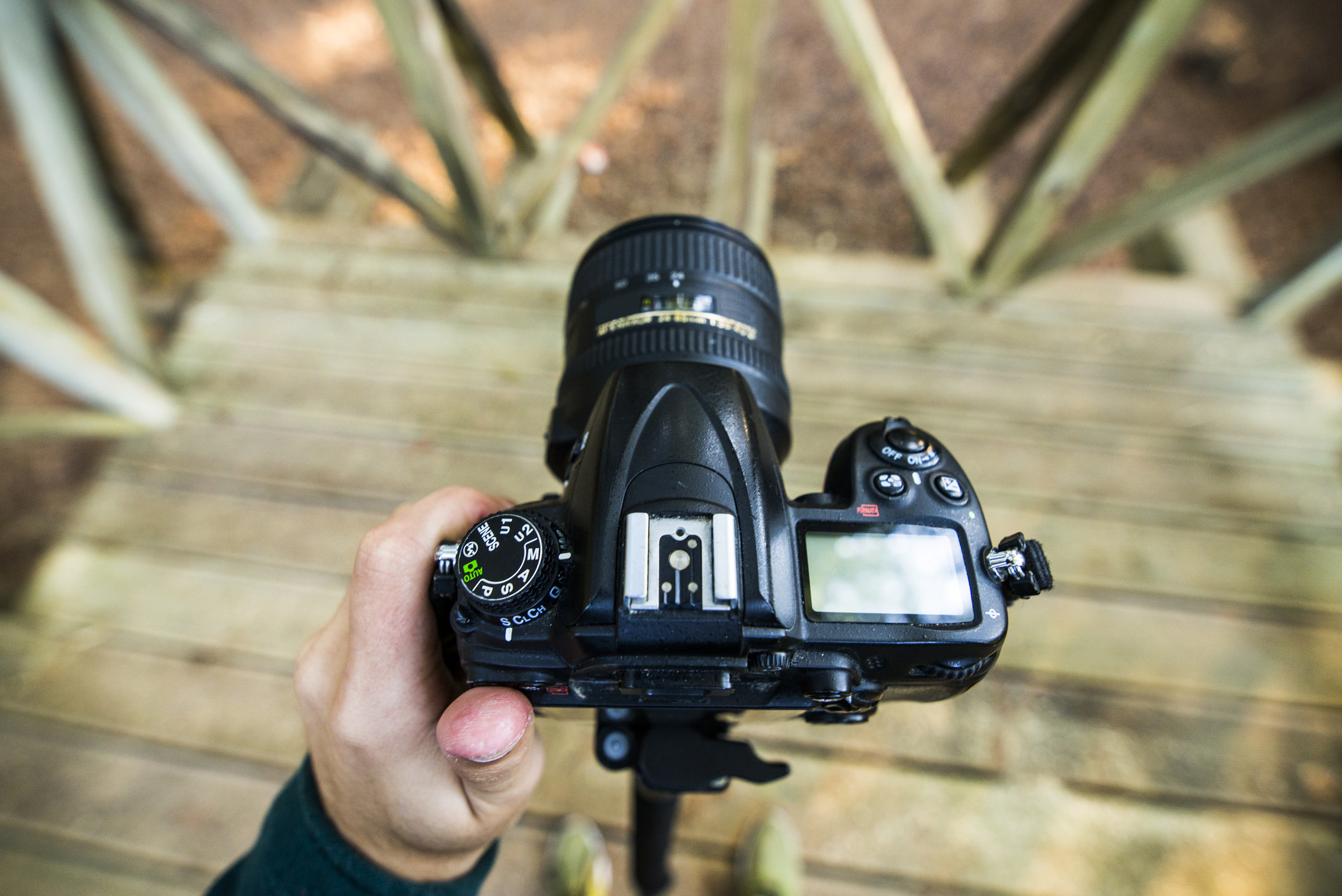 If you find yourself in dire straits with no tripod and no tripod alternative, you can always adjust your camera settings to make camera shake less likely:

Now, there are some complications to this strategy.

If you increase the aperture, the depth of field will be reduced. So, if you’re taking a photo of a landscape, which benefits from a large depth of field, some of the scene will become blurry.

On the other hand, increasing the ISO causes digital noise, which appears like grain in the image. Though noise isn’t all bad and can be used as a creative element, it can also become too prominent and just serve to distract the viewer’s eye.

As a result, it might be most prudent to use a larger aperture and a higher ISO. Doing so gives you more light, but without reaching the extremes of the aperture and ISO ranges that cause the most significant blur and noise.

If you need to brush up on your mastery of aperture, ISO, and shutter speed, watch the short video below by Some Stuff Explained:

The best solution to shooting without a tripod is probably to use a slightly wider aperture and a slightly higher ISO, along with one of the other methods outlined above. Combined with a HandlePod, an improved shooting position, or a shoestring monopod, you’ll have a recipe for sharper photos without a tripod, even in low light situations.