Simple Tricks to Getting Sharp Images With Your Camera 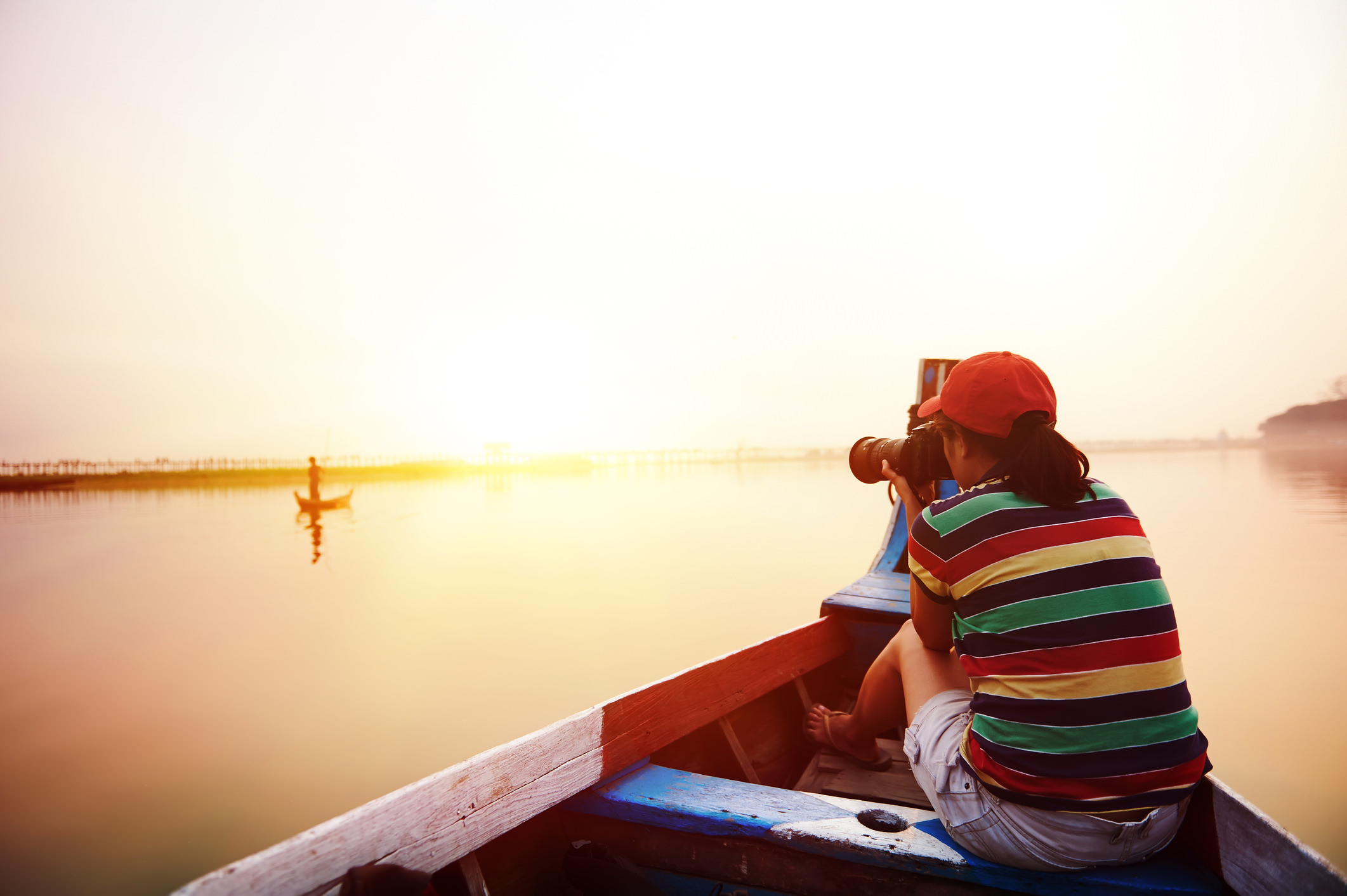 There are a lot of things that can go wrong when creating a photo.

Compositional elements like a lack of foreground interest in a landscape shot or an odd pose by a portrait model can diminish the photo's impact as well.

Yet another potential landmine that can ruin your shots is having images that simply aren't sharp.

Granted, getting a sharp photo requires more than just holding the camera carefully or setting a fast shutter speed.

In fact, there are a few tips and tricks that will help you maximize the sharpness of your images without having to do a ton of other work.

Use a Camera Remote 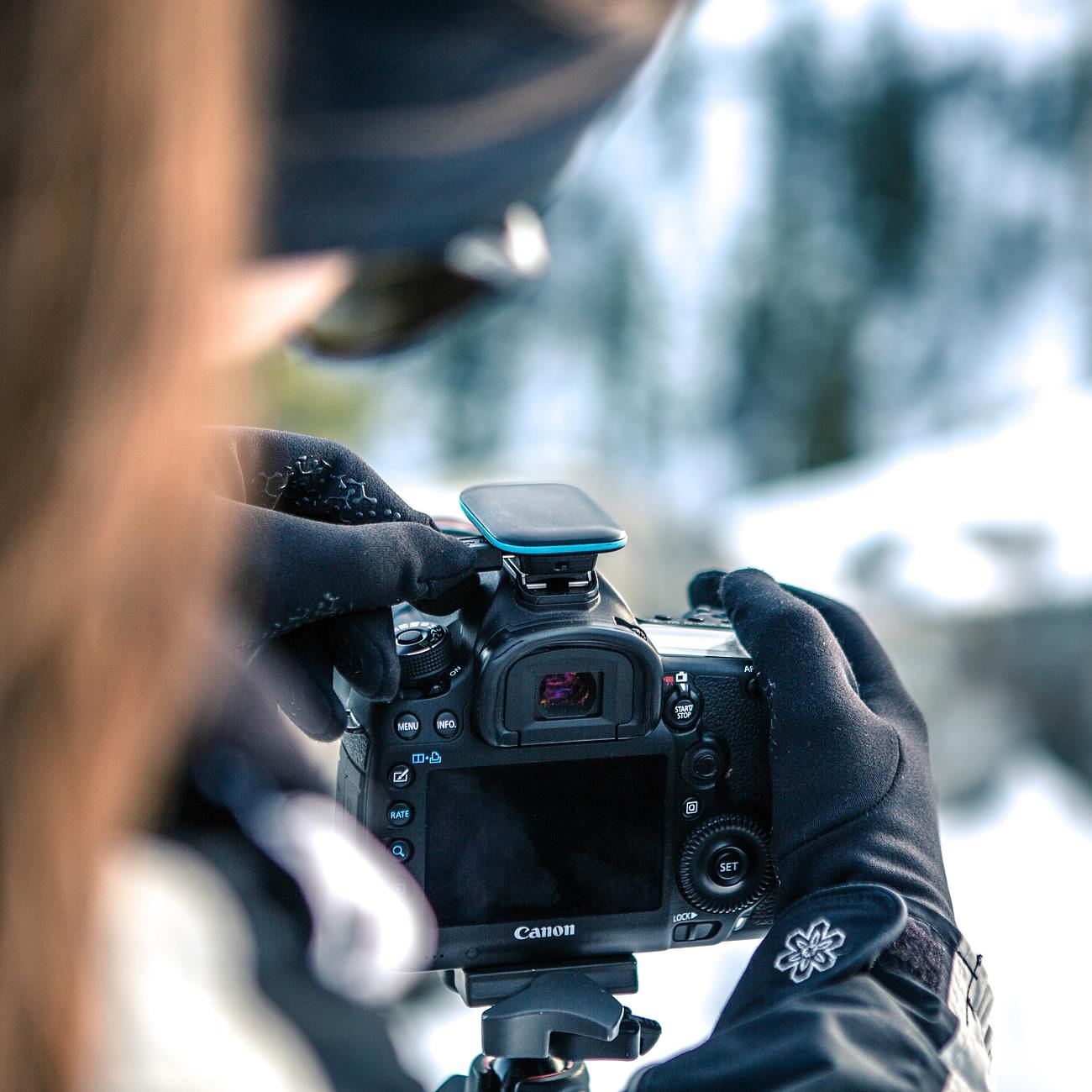 A primary culprit of photos that are blurry is camera shake.

Even subtle movements as you hold the camera are enough to render objects ever so slightly out of focus, and even that minimal disturbance can reduce the visual impact of the shot.

You might put your camera on a tripod thinking that your images will benefit from improved sharpness, but even then, simply the act of pressing the shutter button can cause enough movements to induce blurriness into the photo.

That's where a camera remote comes in handy.

Paired with a tripod-mounted camera, a camera remote gives you complete control over the shutter such that you don't even have to touch the camera.

Without having to touch the camera, it can be left to do its work and get you tack-sharp results that are pleasing to the eye.

Of course, not all camera remotes are built the same.

You can opt for a cheap remote that simply allows you to trigger the shutter. But if you're going to invest in a remote, why not get something that gives you broad functionalities, like creating time-lapse videos, movies, and still photos right from your phone? 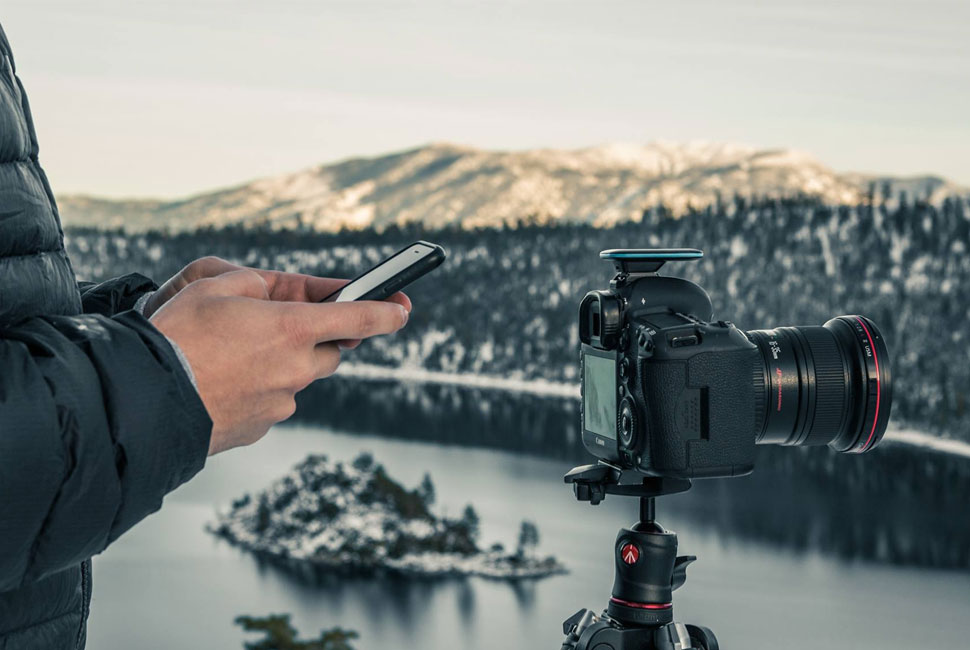 Alpine Labs has a handy product called Pulse that does all that and more.

From up to 100 feet away, you can control Pulse with your smartphone. That means you can fire the shutter, adjust the aperture or ISO, and even check out the histogram for each photo you take, all without touching your camera.

Better still, the iOS and Android Pulse app turns your phone into a live view monitor, so if you need to check the sharpness of your images, you can do so on your phone. Again, you don't have to mess with your camera to see what you're doing. That helps maintain your focal point and your composition for an improved photo.

And, like many other camera remotes, Pulse is a tiny little gadget that won't take up much space in your camera bag. It weighs just 1.5 ounces and is only 40x60mm in size.

Heck, you can even carry it in your pocket, it's that small!

"Pulse is a game changer and in my opinion aside from your photography essentials, is the single most important item in your camera bag.  I use mine every time I head out!"- Alex Schult  Founder & CEO PhotographyTalk

In short, the more you touch your camera, the more likely your images are going to be less than ideally sharp. Using a remote like Pulse helps you circumvent that problem, with tack-sharp, gorgeous photos a result. See Pulse in action in the incredible video above by Alpine Labs. 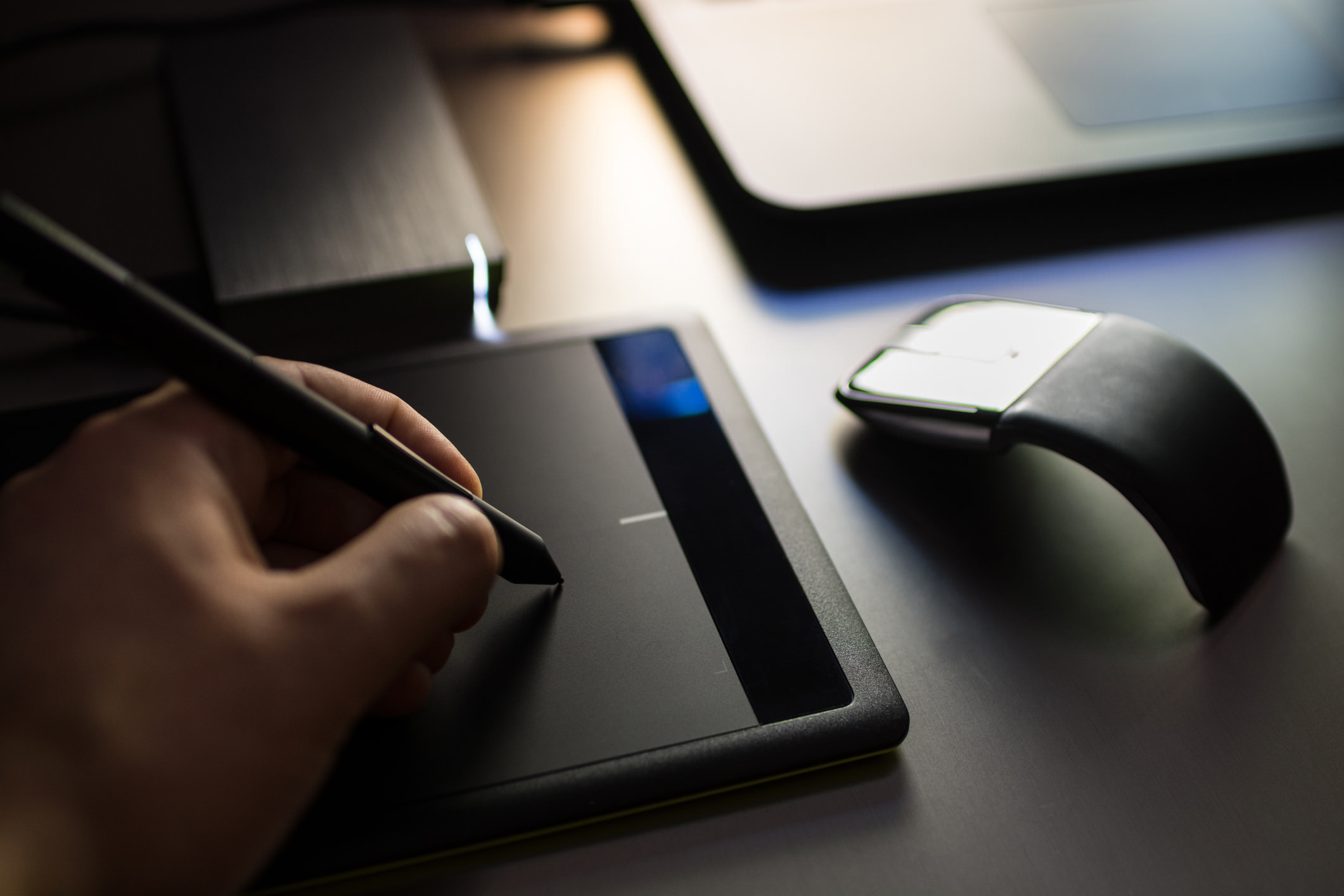 Although it's preferable to get things right in-camera and have a sharp image in the first place, that's not always a possibility.

In the days of film photography, a blurry picture was going to be blurry.

Now, though, we have the benefit of tools like Photoshop that can address image blurriness to help us create photos that are sharper and more pleasing to view.

There is even plenty of variety in terms of the tools you can use in Photoshop to improve the sharpness of your images.

You can use the Camera RAW feature to adjust the definition of edges in the shot even before you open the photo in Photoshop. It's a simple process:

That's it! You should be able to see a clear difference in sharpness just by making those adjustments in Camera RAW.

Once you get the image into Photoshop, other tools are at your disposal.

You can use the sharpen tool to add definition to the shot. When using this tool, be sure to do so on a new layer, that way you can use blending controls and blending modes to get the best results.

Yet another option in Photoshop is to use the Unsharpen Mask.

This tool increases sharpness by working on the contrast levels along the edges of features in the image. Essentially, it makes lighter pixels lighter and darker pixels darker such that the final result appears to have a greater level of sharpness.

The techniques outlined here (and others as well) are explored in more detail in the video above from Kelvin Designs. Follow along as he provides in-depth instructions for accessing and using these tools in Photoshop CC.

Shoot in Your Len's Sweet Spot 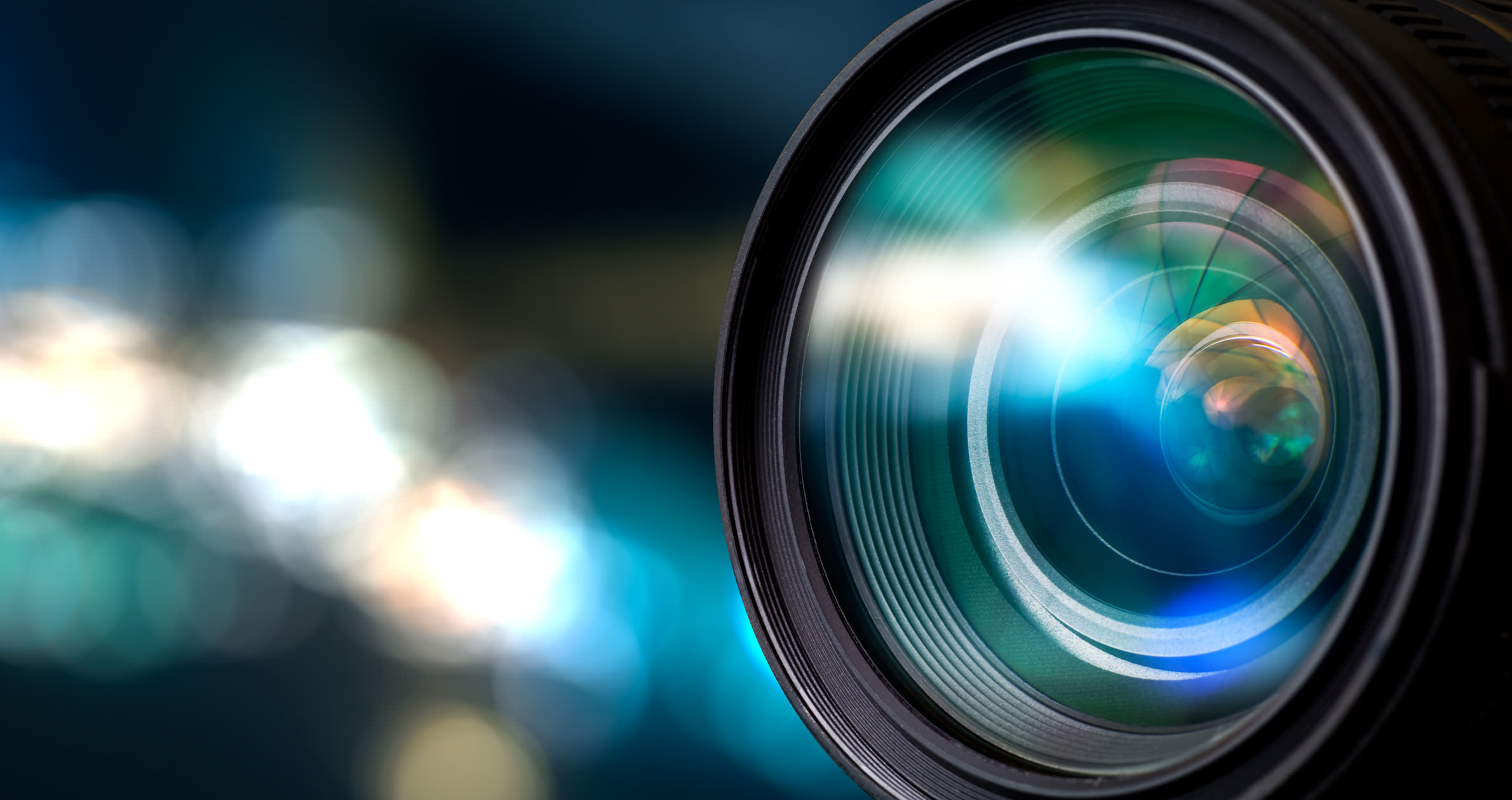 A final method for getting tack-sharp photos is to simply work in the sweet spot of your lens.

If you aren't familiar with this concept, lenses - even professional-grade ones that cost thousands of dollars - don't provide as sharp of results at their maximum and minimum apertures as they do at a mid-range aperture.

It's a simple enough concept, but complicating matters is the fact that each lens has a different sweet spot. Where one might be optimally sharp at f/4, another might be the sharpest at f/5.6. 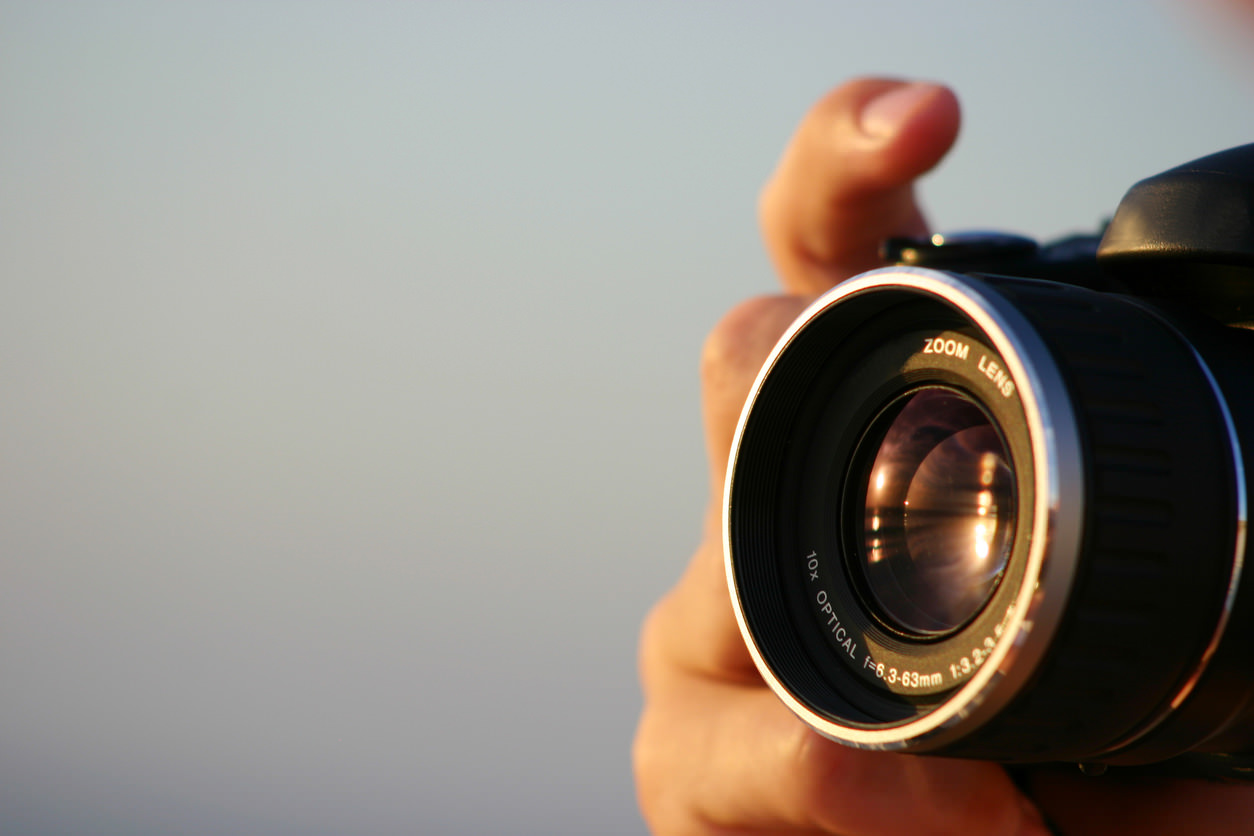 There are a few simple tricks for finding the sweet spot of your lens, though:

In the video above, Joel Grimes offers an in-depth discussion about finding the sweet spot of your lens. Not only that, Joel gives an overview of why lenses have a sweet spot in the first place, giving a nice summary of two very important terms that you should know: aberration and diffraction.

So, there you have it. Three simple, yet highly effective tricks you can use to improve the sharpness of your photo. Try each one and see which fits with your workflow the best, or alternative using all three depending on which method meets your immediate needs and time constraints.

No matter which one you go with, these methods will help you produce images that have improved visual impact. Even though mistakes with things like framing and composition might be more noticeable at first, trust me when I say that if your images aren't sharp, it will reduce the appeal of your photos!