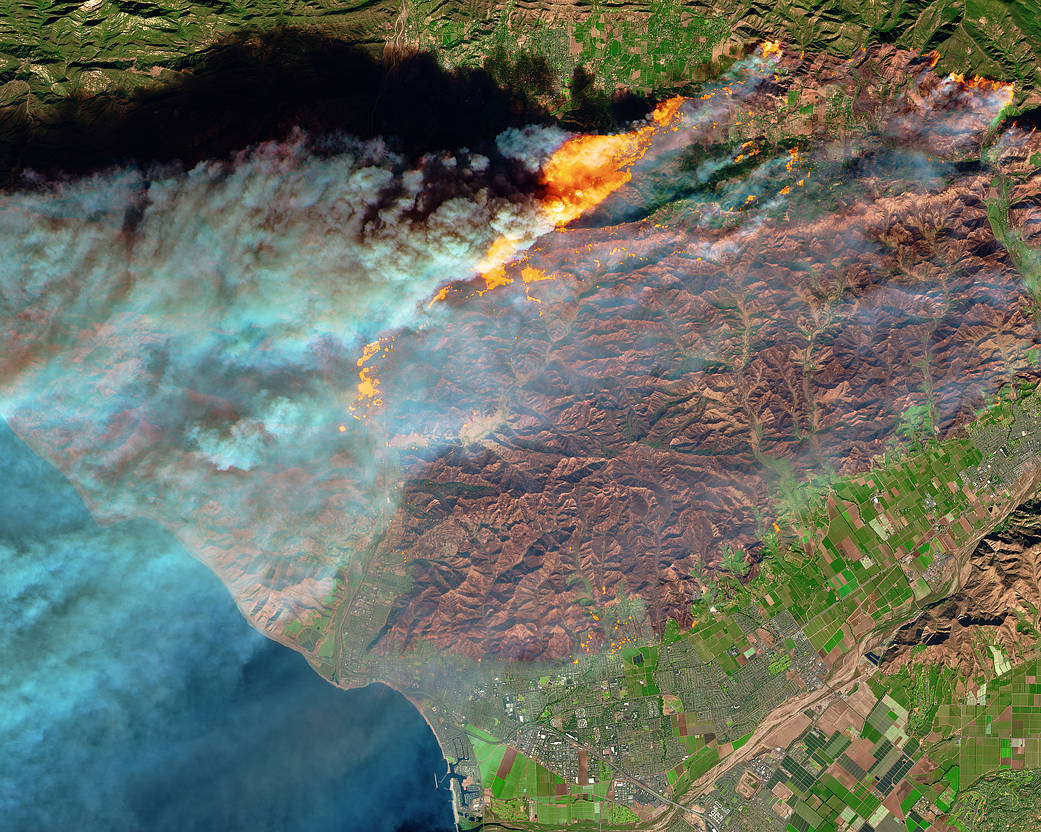 California is again beset by raging wildfires, this time in Ventura and Los Angeles Counties.

The sheer size of the fires is certainly evident when viewing them from ground level, but the fact that they are abundantly clear from space really shows the magnitude of the situation. 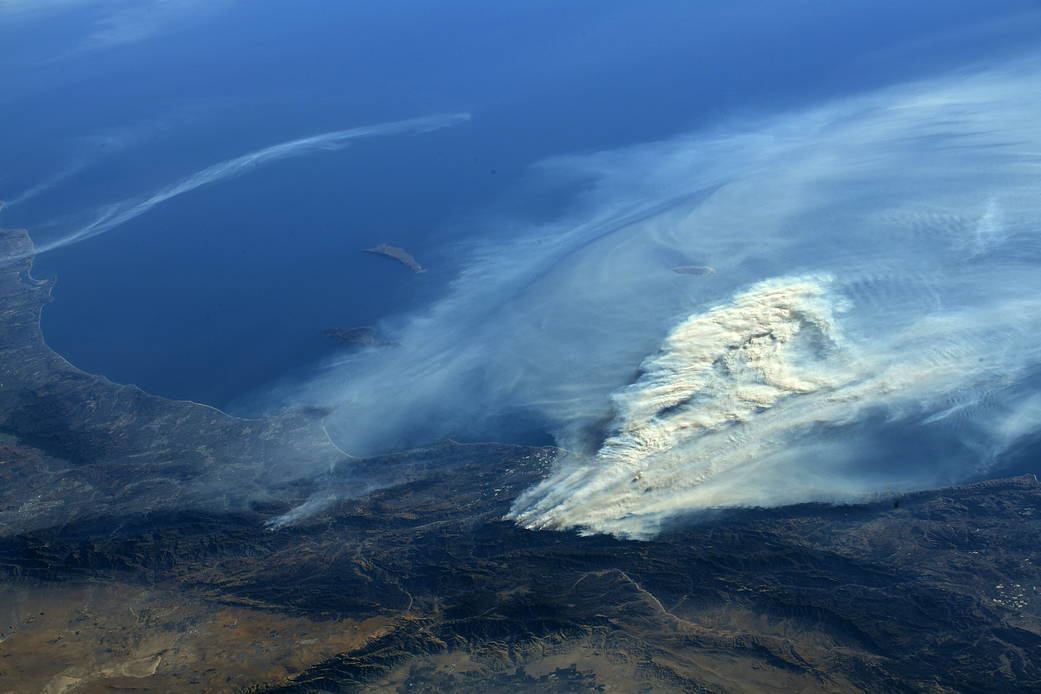 Image Credit: NASA/Randy Bresnik from aboard the International Space Station

NASA shared a series of photos - some from the International Space Station, others from satellites, and yet others from a NASA Armstrong Flight Research Center ER-2 Aircraft - that show enormous plumes of smoke drifting out over the Pacific from the California mainland. 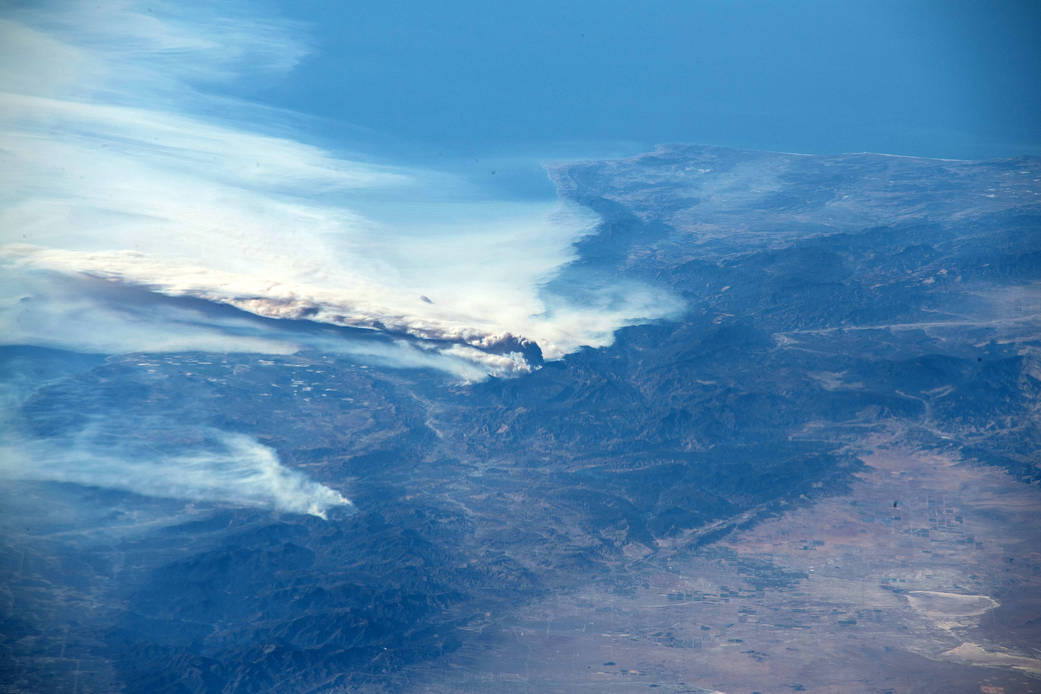 The fires have rapidly grown in size, thanks so the Santa Ana winds which gust to 70-80 mph, fueling the flames of the blazes.

The low humidity and the already dry countryside certainly don't help the situation. 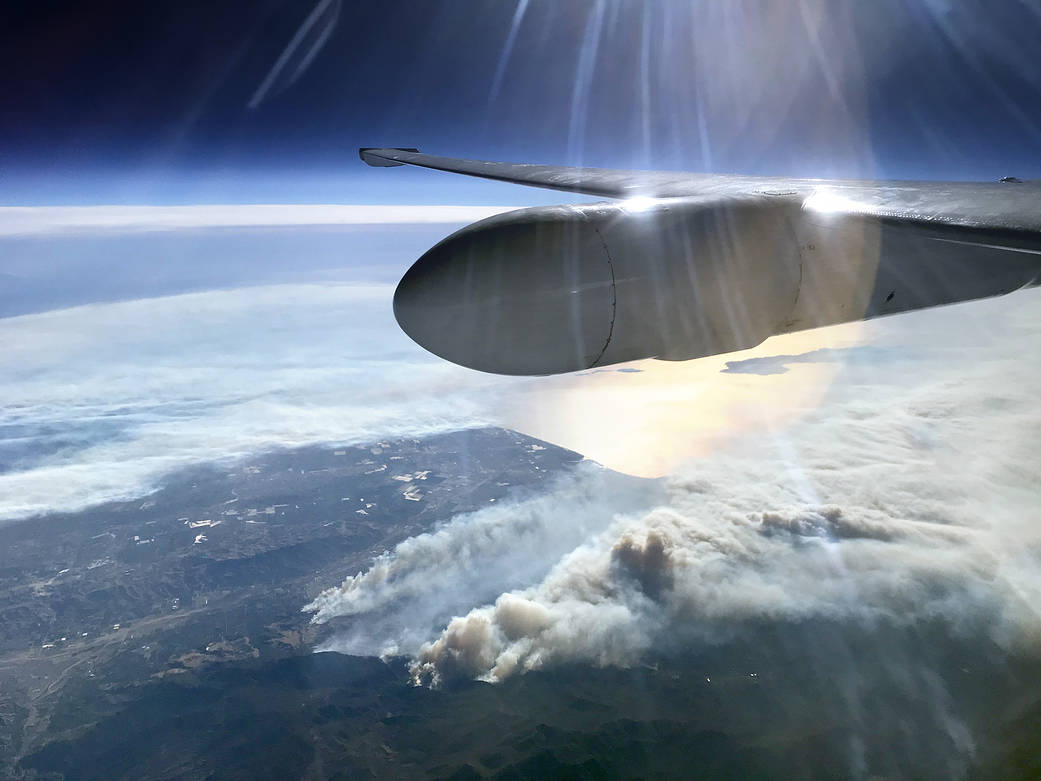 Currently, there are three primary fires burning in the Los Angeles area - the Thomas Fire (shown above from an altitude of 65,00 feet) which started Monday in Ventura County, the Creek Fire which started near Sylmar in Los Angeles County, and the Rye Fire near Santa Clarita, which started Tuesday morning. 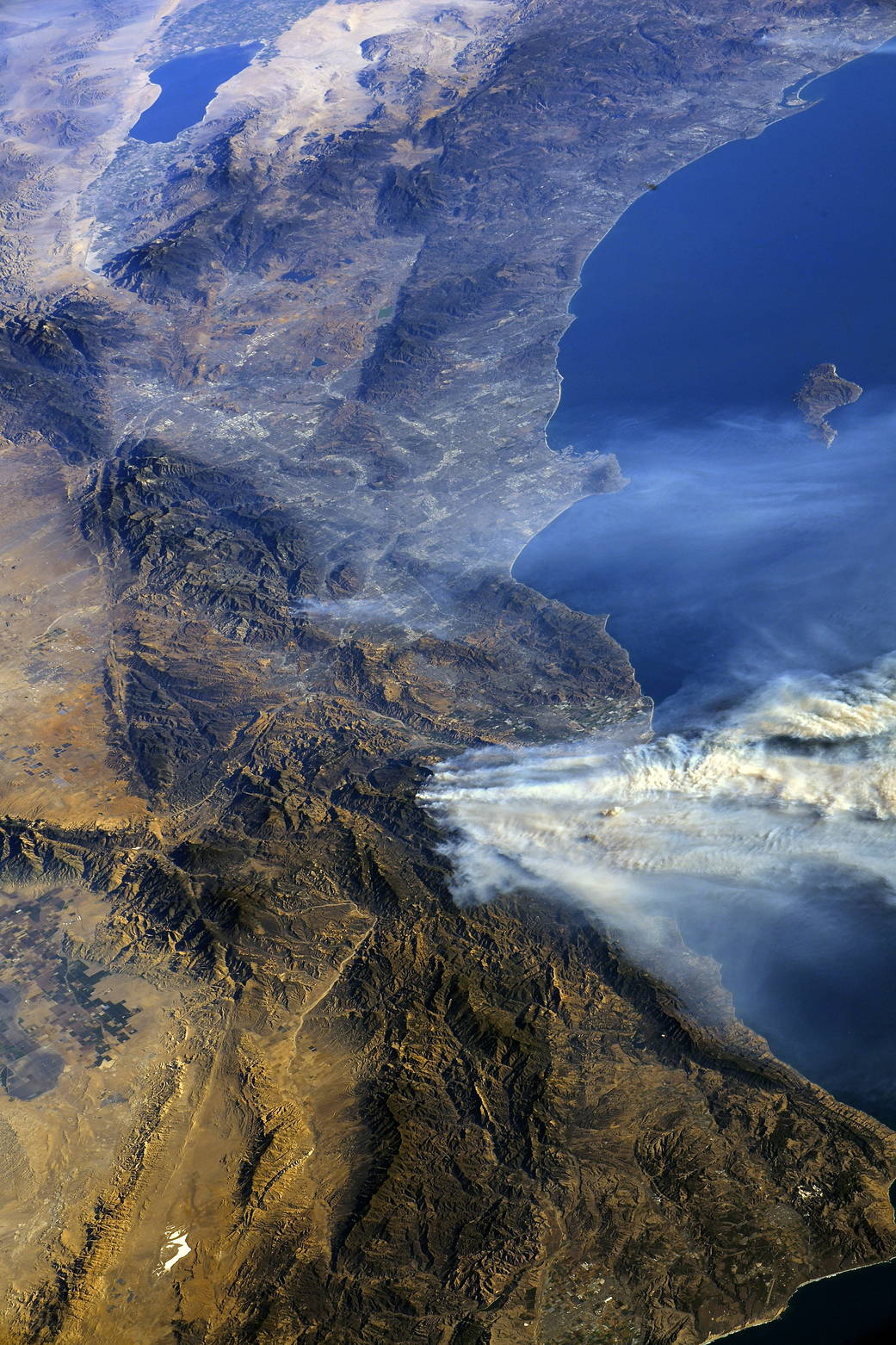 The weather forecast for the days ahead shows no relief for firefighters and weary Californians afraid of where these fires will move - and if more fires will erupt.

Governor Jerry Brown has declared a state of emergency for Los Angeles and Ventura Counties as the fires spread and pose significant threats to life and property. Approximately 200,000 people have been evacuated thus far. 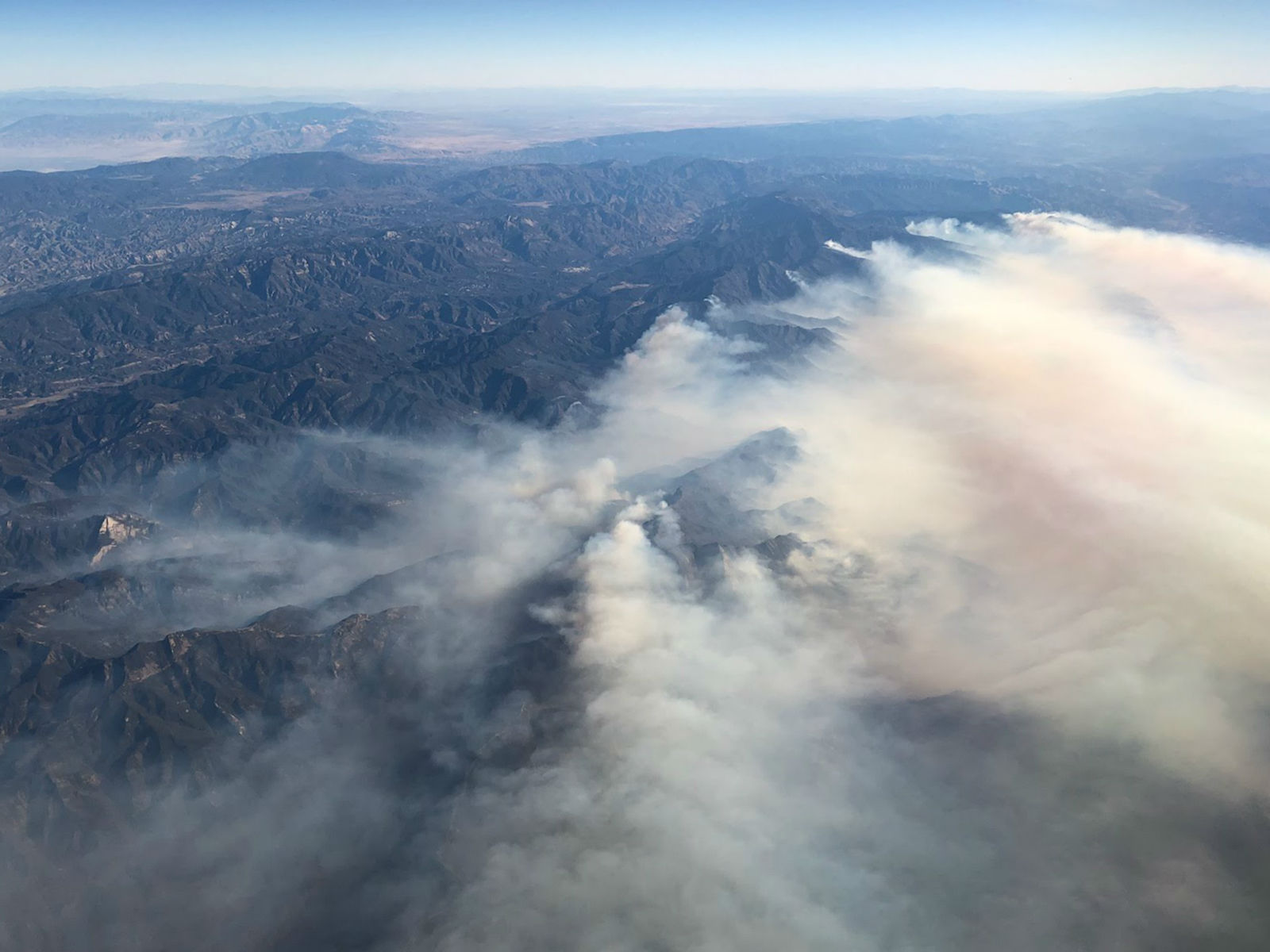 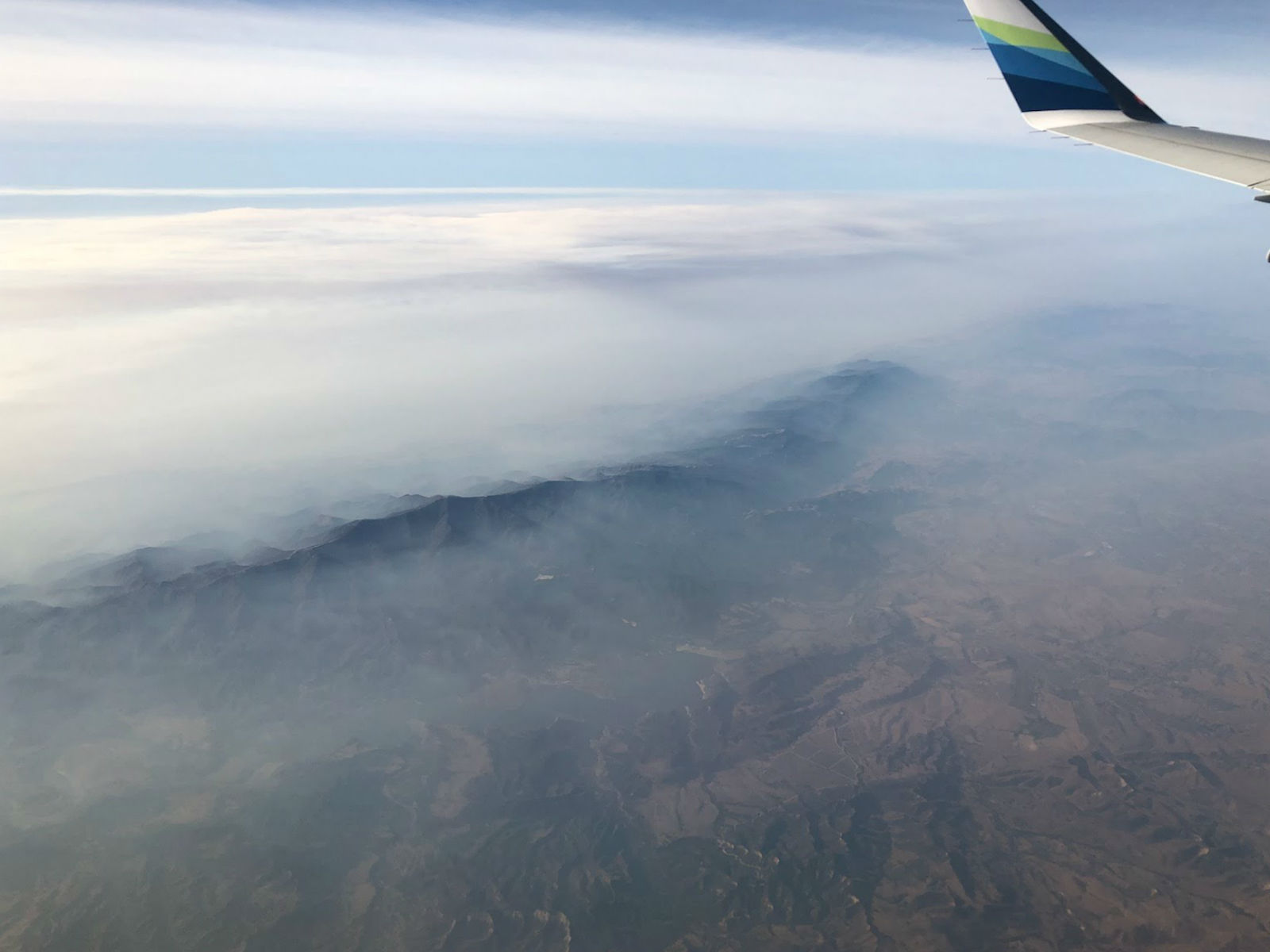 Via NASA, Yahoo, and the LA Times