Photographer Climbs Fence at NASCAR Race and Manages Not to Die, But Gets Kicked Out 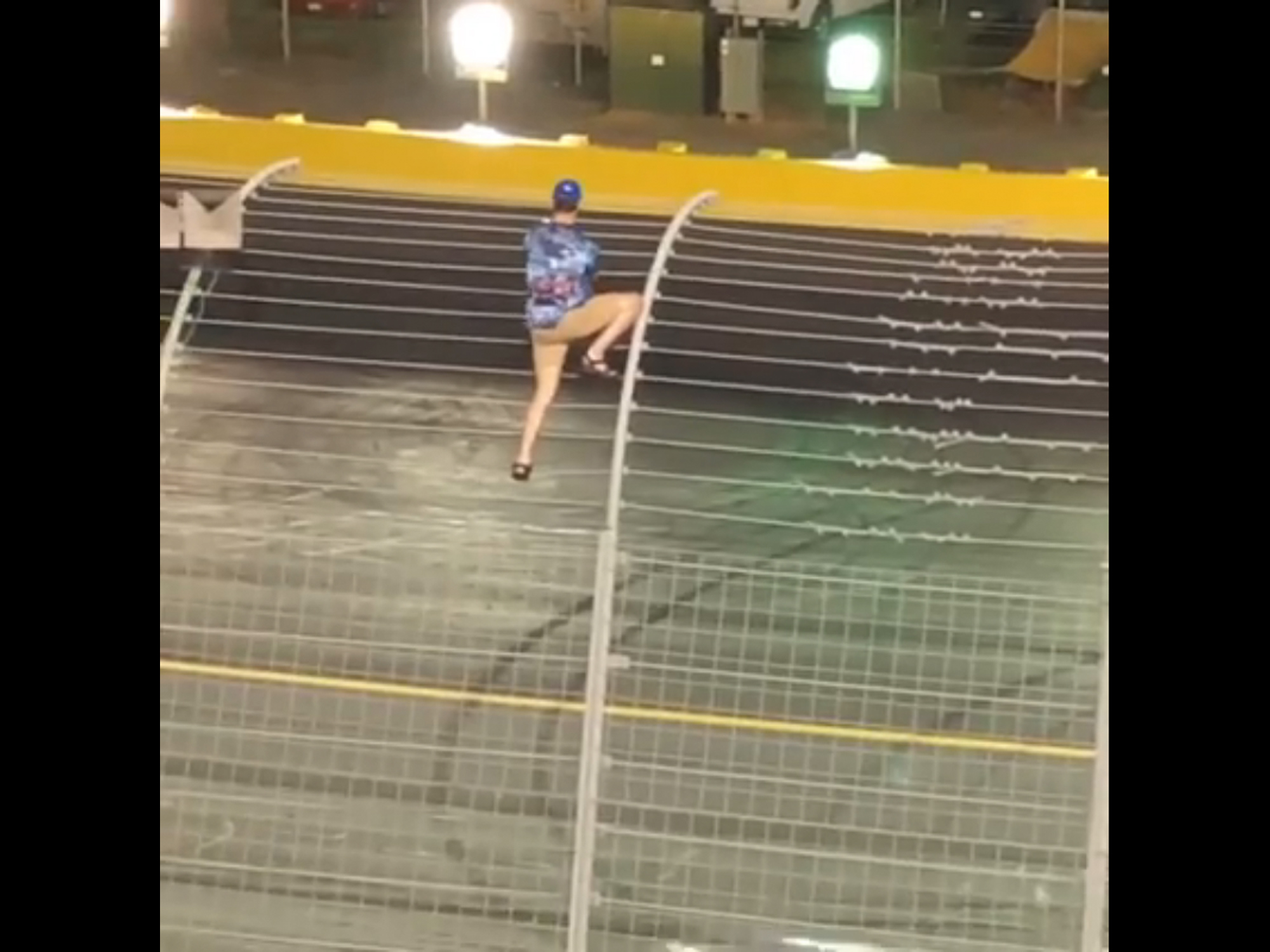 I'm a firm believer in taking time to find better angles and perspectives for your photos - it almost always pays off with a better image.

But sometimes that notion can be taken to a dangerous extreme, as was the case this past weekend at NASCAR's Coca-Cola 600 in Charlotte, North Carolina.

As the video below shows, a fan decided that taking photos of the race from his seat simply wasn't doing the trick, so he climbed the catch fence along the track's edge to get a better view.

The problem with this - and there are many problems here - is that the fence is designed to catch flying debris should there be a wreck, which, let's face it, happens a lot.

So had a wreck occurred on that stretch of track while this guy was trying to take better photos, he undoubtedly would have been severely injured, if not killed.

Editor's Tip: Once you get "the shot," it deserves a place on your wall. Learn how to turn your photos into fine art.

Of course, another huge problem with this scenario is that the fence is over 30 feet tall - the equivalent of a three-story building.

I don't know about you, but I'd never climb up the side of a three-story building, especially without any sort of safety gear. 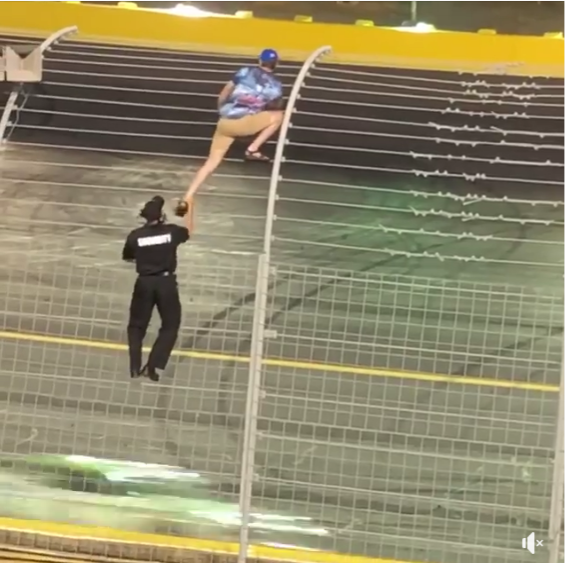 Naturally, the actions of this fence-climbing photographer caught the attention of the crowd.

And as you see in the video, the crowd below the photographer all had their phones out to document the situation, knowing that the situation was surely not going to end well.

And sure enough, security showed up and was displeased with the man's actions. One security guard even climbed up the fence to grab the guy by his backside and pull him down.

The unnamed man was promptly escorted out of the venue and told not to return.

Like I said earlier, I'm all for finding better vantage points to take better photos, but you have to do it safely, kids!