As Far as Crazy Camera Lenses Go, This "Snorkel" Lens Beats Them All 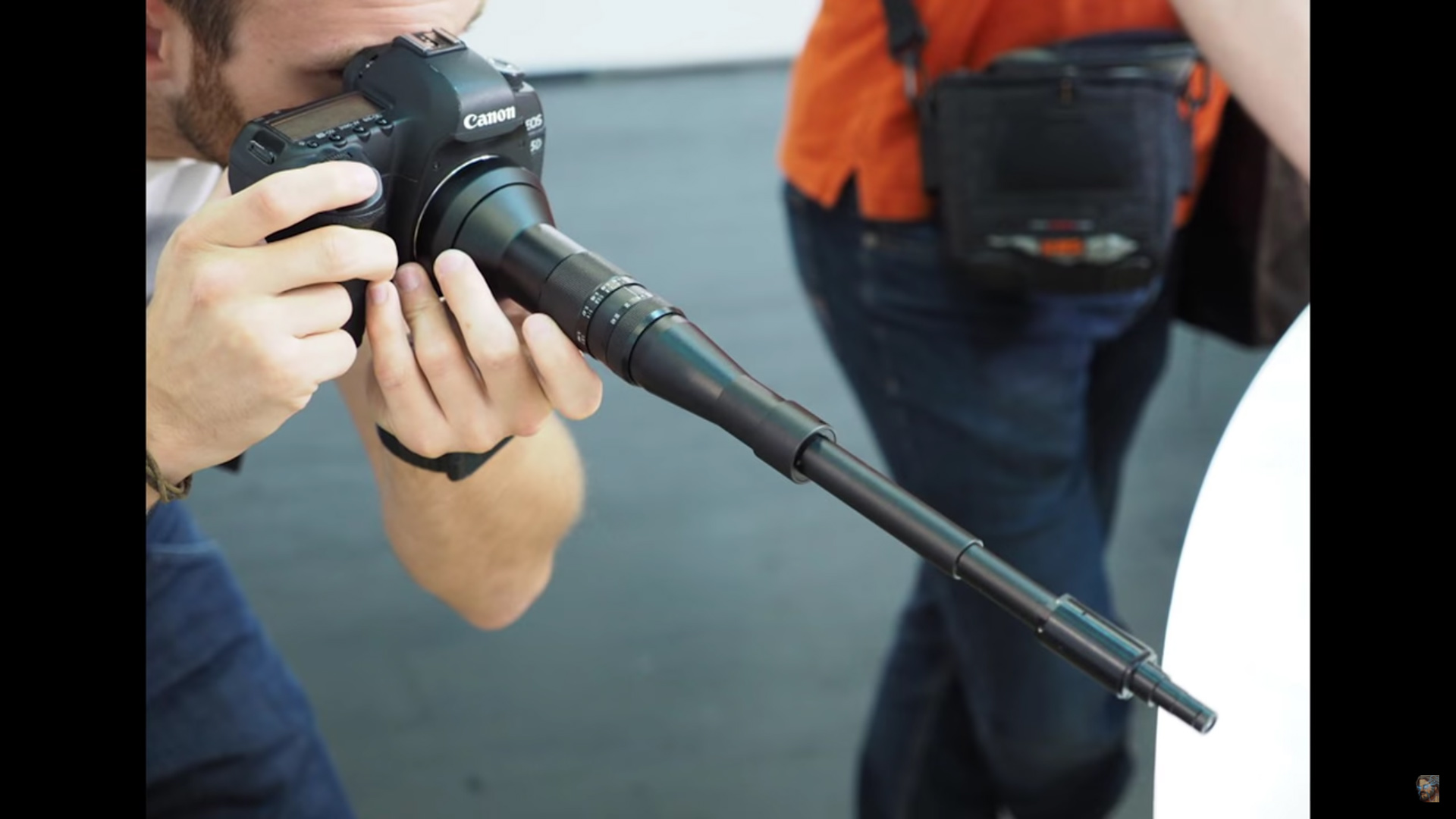 I've seen a lot of crazy camera lenses over the years, but I have to say that this one might just take the cake.

As you can see, nothing about the appearance of this lens is normal...

That's because it has an extremely long lens barrel that allows you to shoot in odd positions and unusual conditions as well. 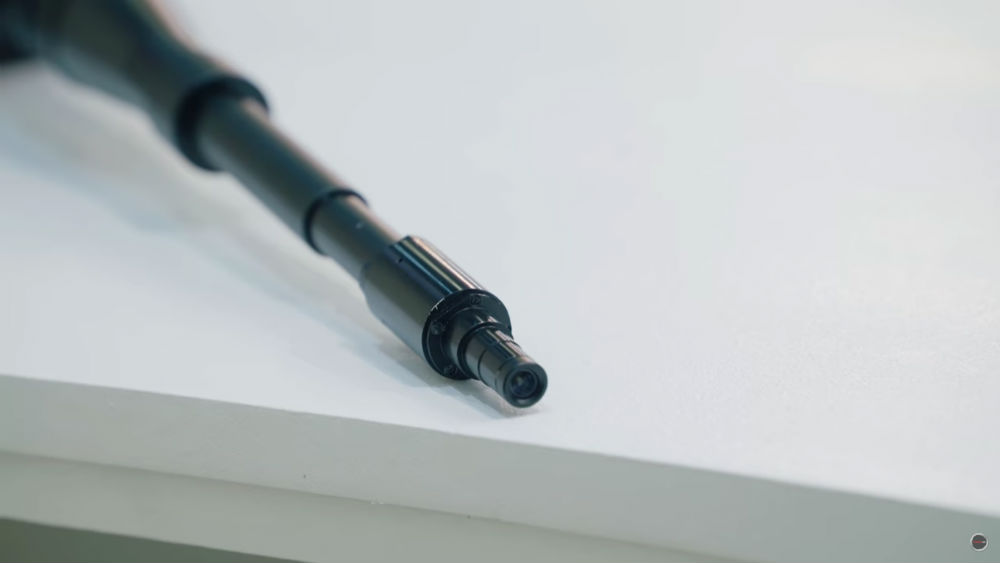 For example, you can actually submerge the lens in water to get 2x macro shots of whatever is under the water's surface.

Just trying doing that with your Canon 100mm f/2.8 macro!

Editor's Tip: Are you itching to buy a new camera? Learn why an upgraded lens will be far more beneficial than an upgraded camera.

If you've ever dipped your toes into the world of macro photography before, you understand that sometimes you have to get so close to the subject that the shadow of your lens appears in the shot.

Well, with this bad boy, that won't be a problem...

You can get up close to macro subjects without physically being all that close, and that should help you get better shots with less worry of what's happening shadow-wise with your gear (and you, for that matter).

The video above by Titan Top List explains this topic in a little more detail.

Of course, a 2x macro lens with a lens barrel that's a foot long presents other problems...

For starters, this is an f/14 lens, so it's not like you can do a lot of low-light shooting given that the aperture is so small.

Secondly, handholding this lens - even though it's quite light - would be an impossibility given the propensity for exaggerating camera shake.

If you were to use this lens, a tripod would be an absolute must.

You can see what I mean in the video above by Cinema5D. The live footage of using the lens (beginning at about the 1:30 mark) is enough to make you seasick - it's that hard to hold still.

Editor's Tip: If you're a Canon shooter and take a lot of landscape photos, there's plenty of lens options. Learn more about the top four lenses for landscape photographers.

Nevertheless, having a lens like this could make for a fun and interesting photo outing, that's for sure.

The f/14 aperture means you can get more detail in the background of your macro shots due to a greater depth of field.

At the same time, the wide-angle 24mm focal length allows you to get a wider shot of your subject's surroundings, too.

It's a crazy combination of features to say the least!

The prototype of this lens debuted at Photokina in 2016, but a quick Google search came up with nothing on whether this lens actually ever made it to market.

I'm assuming that because I couldn't find any information on it from the last two years that this lens made its way to the trash heap and was never produced.

Still, it's a cool concept if you're into macro photography, but if you want this particular lens, it looks like you're out of luck.