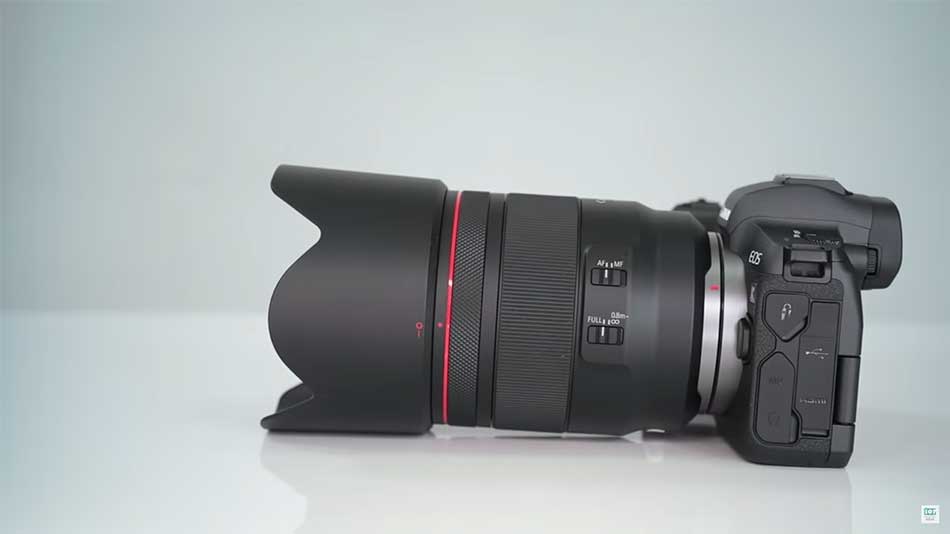 Canon's new mirrorless camera system - the EOS R - was announced back in September to great fanfare.

At the time, a 50mm lens was announced as well, but it wasn't available for order until now.

That lens - the RF 50mm f/1.2L USM - is ready to roll, and Canon EOS R shooters have reason to rejoice again.

It's no secret that Canon's existing EF 50mm f/1.2L USM lens is incredible glass, so it stands to reason that their new RF version will also be a superb lens.

In the video above, Digital Goja offers a first look at the new Canon lens, and by all accounts, all the hype around it being one of the best Canon lenses ever made seems to hold true.

All that hype has a lot to do with Canon's EF 50mm f/1.2L USM for its full frame line of DSLRs.

That lens gets tons of praise for its build quality, impeccable sharpness, and gorgeous bokeh.

One of the complaints about the old EF 50mm f/1.2, though, is that it has a few optical errors. Specifically, fringing can be an issue.

Editor's Tip: The most important part of your kit isn't your camera - it's your lens. Learn why upgrading your lens is such a good idea. 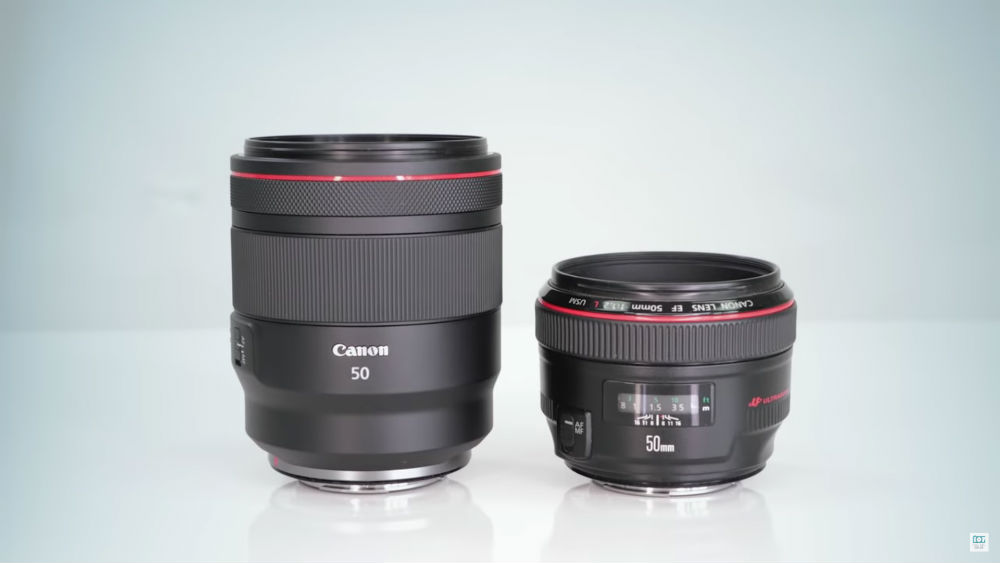 As discussed in the video, the new RF version seems to have carried over all the good qualities of its EF cousin while leaving the fringing issues behind.

There are differences between the two, though.

The lens has a rounded 10-blade diaphragm (as opposed to the 8-blade diaphragm in the EF version) that helps produce the gorgeous bokeh Canon shooters are accustomed to with the 50mm focal length. 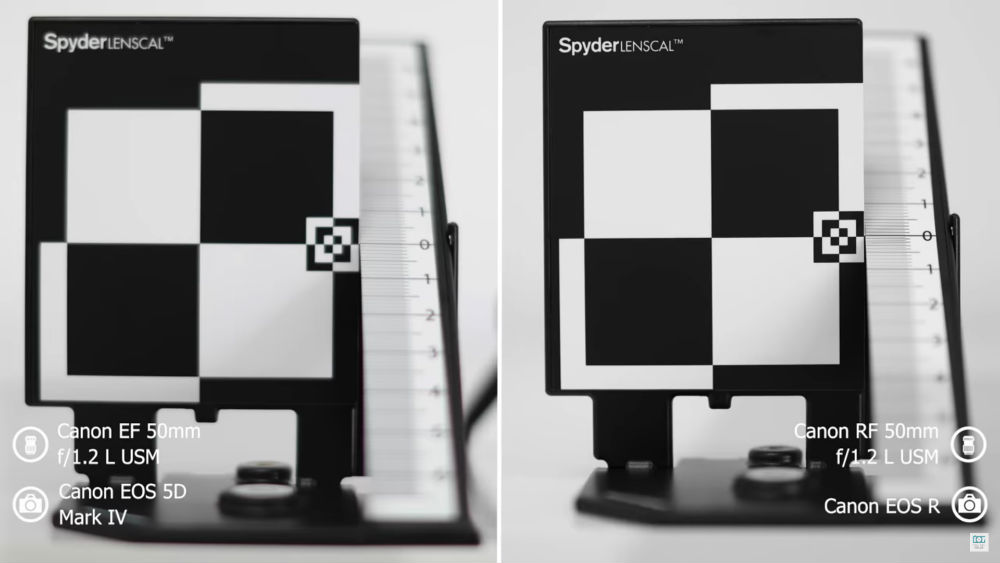 Another primary difference between the EF and RF 50mm lenses is that the RF lens is sharper.

For Canon shooters that have utilized the EF 50mm lens, this might come as a surprise given its reputation for superb sharpness.

But because the RF lens sits closer to the imaging sensor on the EOS R mirrorless camera, it produces sharper results, as you can see in the screenshot above.

Editor's Tip: Upgrading your lenses for your Nikon DSLR should include a top prime lens. Learn which Nikon prime lenses are the best.

Of course, this performance comes at a price, and a hefty one at that. The Canon RF 50mm f/1.2L USM is priced at $2,299, so it's not exactly something anyone can run out and purchase.

That being said, if you've invested in the EOS R system and spent all your money getting the camera, you can sell your old lenses to fund a new RF 50mm lens.

In the end, the RF 50mm f/1.2L USM lens is just one of the first steps in a completely new line of lenses from Canon.

If the quality and performance of the RF 50mm lens is any indication, Canon shooters will have a field day with some truly excellent lenses for their mirrorless cameras.

For a complete review of this lens, be sure to check out the full video above, and for more gear reviews, have a look at Digital Goja's YouTube Channel.