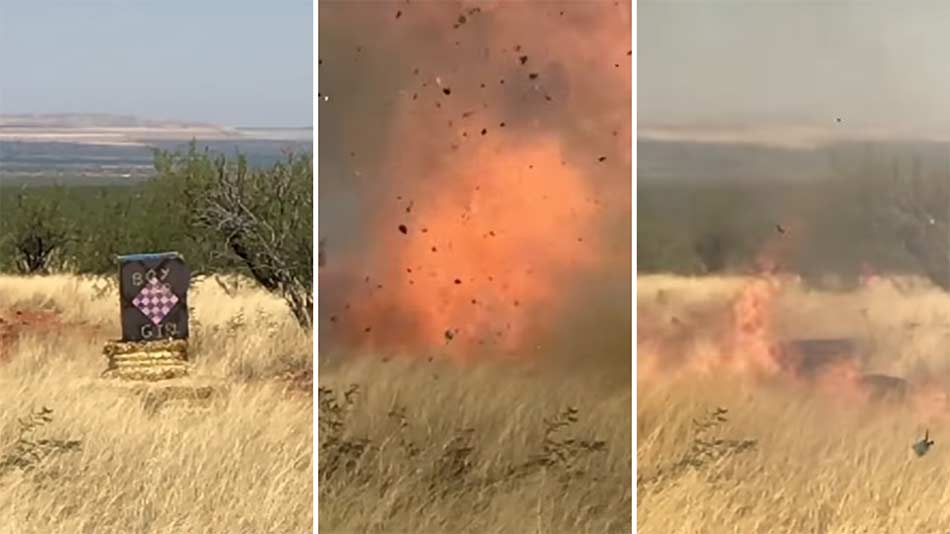 The question of whether gender reveal photo shoots go too far was all but answered when the Arizona Daily Star released the video below a little over a week ago.

In the video, you can see a bullet striking a box filled with blue powder and Tannerite, a legal, albeit extremely dangerous compound that ignites when struck by a firearm. Immediately, sparks, smoke, flames and debris jump over 10 feet. Without warning, all of the surrounding grassland is ablaze.

In the last few moments of the nearly minute long video, a man’s voice can be heard forcefully saying, “Start packing up!”

Presumably, the group realized the flames could not be extinguished.

Editor's Tip: Your best photos deserve a spot on your wall. See what your images look like as fine art.

The photo shoot, held by Border Patrol Agent Dennis Dickey for his pregnant wife, soon became infamous for beginning the Sawmill Fire outside of Tucson, Arizona in April of 2017.

Dickey agreed to pay $220,000 in restitution for his federal charges, a misdemeanor of causing a fire without a permit.

Although $220,000 may seem like a crippling fine for a family with a new baby, Dickey may want to consider himself lucky. The fire, which burned almost 50,000 acres in southern Arizona and cost $8.2 million, required 800 firefighters to put it out, according to the Arizona Daily Star.

The video, released thanks to a reporter’s Freedom of Information Act request, has been viewed nearly 1 million times.