Tony Sweet: A Passion for Photography Fulfilled…in His own Sweet Time 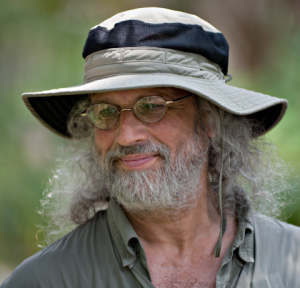 Tony Sweet is a multi-talented artist, who didn’t start his photography career until the age of 44. He had a brief experience with a borrowed camera as a grade-school student. He was definitely hooked, but his parents wouldn’t buy him a camera. As he grew to adulthood, he expressed himself as a jazz musician and magician. It wasn’t until 30 years later when he made a chance decision to buy a camera for a vacation that Sweet was able to pursue his first art form, photography.

With the support and guidance of professional photographers and his peers and after reading many books, Sweet developed his passion for nature photography. Twenty years into his photography career, Sweet is internationally recognized, has been published in many major magazines and books and has authored 5 books. He also offers a full complement of instruction: online courses, private programs and location workshops.

What event or experience first attracted you to photography?

I had a very long hiatus in my photographic development. The first experience was using a borrowed camera during a grade school field trip. I shot through an opening in an iron gate to frame a tree-lined pathway to the Governor’s mansion. It came in second place in a photo contest. After seeing the winning image, I thought that mine should have won! The outcome caused unbridled enthusiasm until I told my working-class parents that I badly wanted a camera.

When did you know that you wanted to pursue a photography career?

After my parents declined, in no uncertain terms, to buy me a camera, photography wasn’t part of my life until age 44. That’s right...a 30-year hiatus! During the interim, however, I was a professional musician and magician. As these careers began to taper off, I took a series of temporary jobs, and bought a camera from Tony Gayhart to take on vacation. He became my first photography mentor. Returning home, I began to take pictures of jazz musicians, which at the time was my native environment. The camera needed to be repaired, so I took it to Tony. He showed me a nature image from the Smokey Mountains. It deeply captured my imagination and my visceral reply was something like, “I could be good as a photographer” (meaning nature photography). I traded my fast glass for low-light shooting and zooms and a macro lens for nature photography, and I was ready to pursue my visions.

Did you receive any formal photography education? Where? Degree earned?

Nothing formal. I joined the TriState Photographic Society in Northern Kentucky, consumed books (John Shaw, Jim Zuckerman, Galen Rowell, Freeman Patterson, Pat O’Hara, et al), and drove the camera club members a bit nuts, constantly calling with questions...even going to where they worked if I needed to talk face-to-face or show them an image for critique. My formal education was shooting every day, processing my own slide film (in those days), driving 40 miles to Tony Gayhart’s house for daily critique sessions. The next day, I would shoot again to correct the mistakes. This continued for 18 months. I then landed a job with The Great American Photography Workshops organization, where I met and co-taught with John Shaw, Galen Rowell, Rod Planck, Pat O’Hara and many others.

Were you influenced by a famous photographer’s style? Who?

I began being influenced by the authors of the first few photography books I read, mostly John Shaw. As an offshoot of being a jazz musician, I began to be attracted to selective focus, camera movement and more abstract types of images. After a certain point, Pat O’Hara embodied the style for which I had an affinity. Pat is still a major influence and is always a step ahead of the curve. Today, the level of photography has exploded with a good deal of great imagery posted in online photo communities. If anyone feels too good about their work, then just take a stroll through Flickr, 500px, Smugmug, PhotoBucket, et al, for a taste of the incredible talent shooting today.

What was your first professional/commercial photography assignment?

It wasn’t exactly an assignment, but during the days of slides, we spent much time editing, labeling and sending transparencies to stock agencies and publishing houses. My first professional sale was a rainbow shot near Telluride, CO, used on a greeting card by the Gibson Greeting Card Co. I had to work and wait a long time between my first and second sales, but less time until the third. As I improved, so did my opportunities, especially as I developed relationships with photo editors.

Do you specialize in a specific type of photography? Why?

I began as a nature photographer, but my interests have expanded dramatically. I don’t seek compositions with people, but will take note of a great scene with people in it. I no longer have any specialty, but try to maintain a constant feel to my images, across many genres.

How many years have you been a professional in this field?

What was your most memorable photography assignment/job/project?

It was a personal project (with a friend) to access the non-public areas on Ellis Island, NYC. After seeing Steven Wilkes’ definitive work on Ellis Island before it was restored, it seemed like no one had been there since Wilkes. After running the idea past my friend, Mark Menditto, who was living in north New Jersey, he put all of the ducks in a row: paperwork, endless phone calls and fees. We spent two complete days, accompanied by a park ranger, photographing the non-public, largely untouched areas of the Ellis Island hospital, living quarters and psychiatric ward, resulting in our Blurb book, The Ellis Island HDR Project.

How would you describe your specific style?

Eclectic. I hear that some people think that I have a recognizable style, but, of course, I can’t see it.

In which major publications have your images been published?

Have you published any books: photography or instructional? Titles and years?

Which photography awards have you received?

Nikon Legend Behind the Lens.

Which photo of yours is your all-time favorite?

It would be an infrared film image from under a metal sculpture, placing the World Trade Center’s twin towers within the triangular frame.

Where have your photographs been exhibited? Please list a few future exhibitions, with dates.

I don’t have much time to prepare for exhibits, but a vertical panoramic image of a Madrona tree with peeling red bark and flowering plant hung at the Smithsonian for 6 months. I have prints exhibited in the Nikon headquarters in New York and in the Nik Software headquarters in San Diego.

Do you conduct photography workshops: names, future dates? Please describe for what level of photographer.

Sue (Milestone) and I have an active, annual on-location teaching schedule as well as private workshops and personal critique sessions. We cater to advanced amateurs, or they at least must know how to operate their cameras and have a working knowledge of aperture and shutter speed. The whole enchilada is available at http://tonysweet.com/workshops/.

What is most amateur photographers’ #1 mistake?

I’m sure opinions will vary, but I find that during my years of teaching in the classroom and the field, the #1 mistake is to include too much in the frame, no strong point of visual interest. It’s only after the passage of time that the emotional memory of the moment of taking the image is gone and the initial visual impact is still there, or it’s not. As he or she shoots for years and fine tunes his or her skills, the serious student will learn to edit in the finder to distill the subject to it’s essence. “Isolate and Simplify” is the #1 concept that will help photographers immediately improve their photography.

With what brand name equipment do you shoot: Camera, lens, etc.?

Do you shoot video and create multimedia presentations?

Currently, I have no plans for multimedia presentations, preferring “still” photography, but I did use the video function on my D3S to shoot composition video for our Flower Photography Artistry DVD. I would suggest, however, that anyone considering a career in photography today should thoroughly immerse himself or herself in video (primarily) and become an excellent still photographer with strong composition skills, image mastering and video editing software.

What is the most important lesson you learned during your career?

Don’t Chase People (photographically)! We all do it or have done it. You see a great image from an impressive photographer, and you start to try to catch him/her...then you see the work of another excellent photographer, and continue the process...then you chase another, etc. You never become yourself, as a photographer, until you stop chasing others and have faith in your ability.

I don’t chase others anymore, or don’t try. I certainly admire a great many of today’s photographers. They do what they do. I do what I do. The only person I compete with is myself, always striving to improve and expand.

What advice would you share with aspiring professional photographers?

A famous musician said to me that if you want to do something else, just do it. If you’re not 100% committed, then find a solid job and work on your photography during weekends, long weekends, holidays and vacations. I know of several professionals who worked their way into professional full-time photography and had a day job. An excellent example is Cole Thompson, one of the most influential B&W photographers, who still works in education.