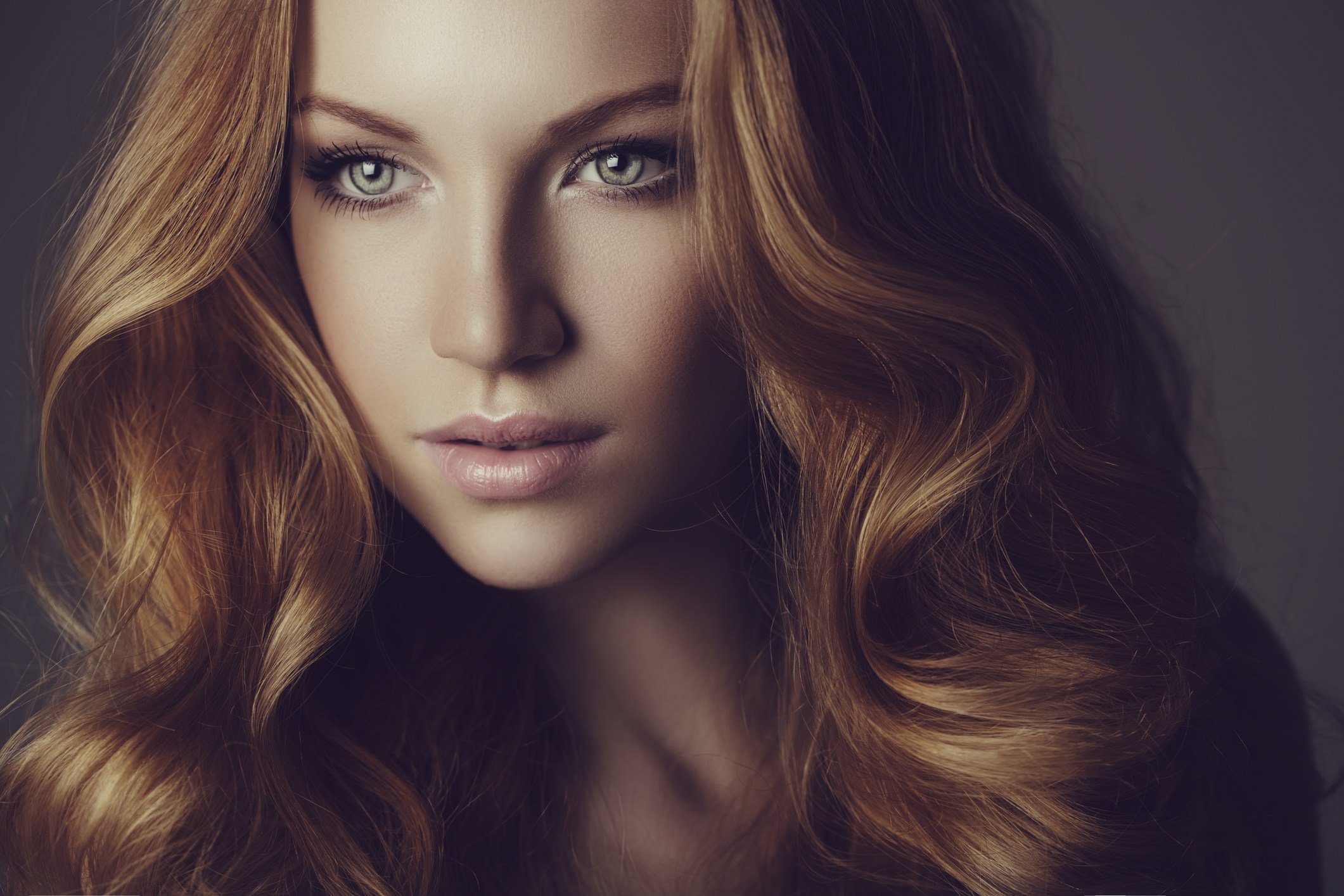 Portrait photography is perhaps one of the most rewarding types of photography.

Don’t get me wrong...reading your camera’s owner’s manual is one of the very first things you should do.

It’s boring, sure. BUT, by familiarizing yourself with all your camera’s bells and whistles you’ll be in a much better position to create portraits that leave people’s jaws dropped open.

But, there’s more to creating those kinds of portraits than simply brushing up on what all the camera’s buttons do.

That’s not to say that creating a gorgeous portrait is something that only professional photographers can do, though.

Quite the contrary, it’s a matter of mastering the appropriate set of skills, which is something virtually anyone can do.

Just imagine if you could create a portrait like the featured image of this article. That would be amazing, right?!

Well, with these five steps in mind, you will be well on your way to mastering portraiture - it just takes some time and practice. 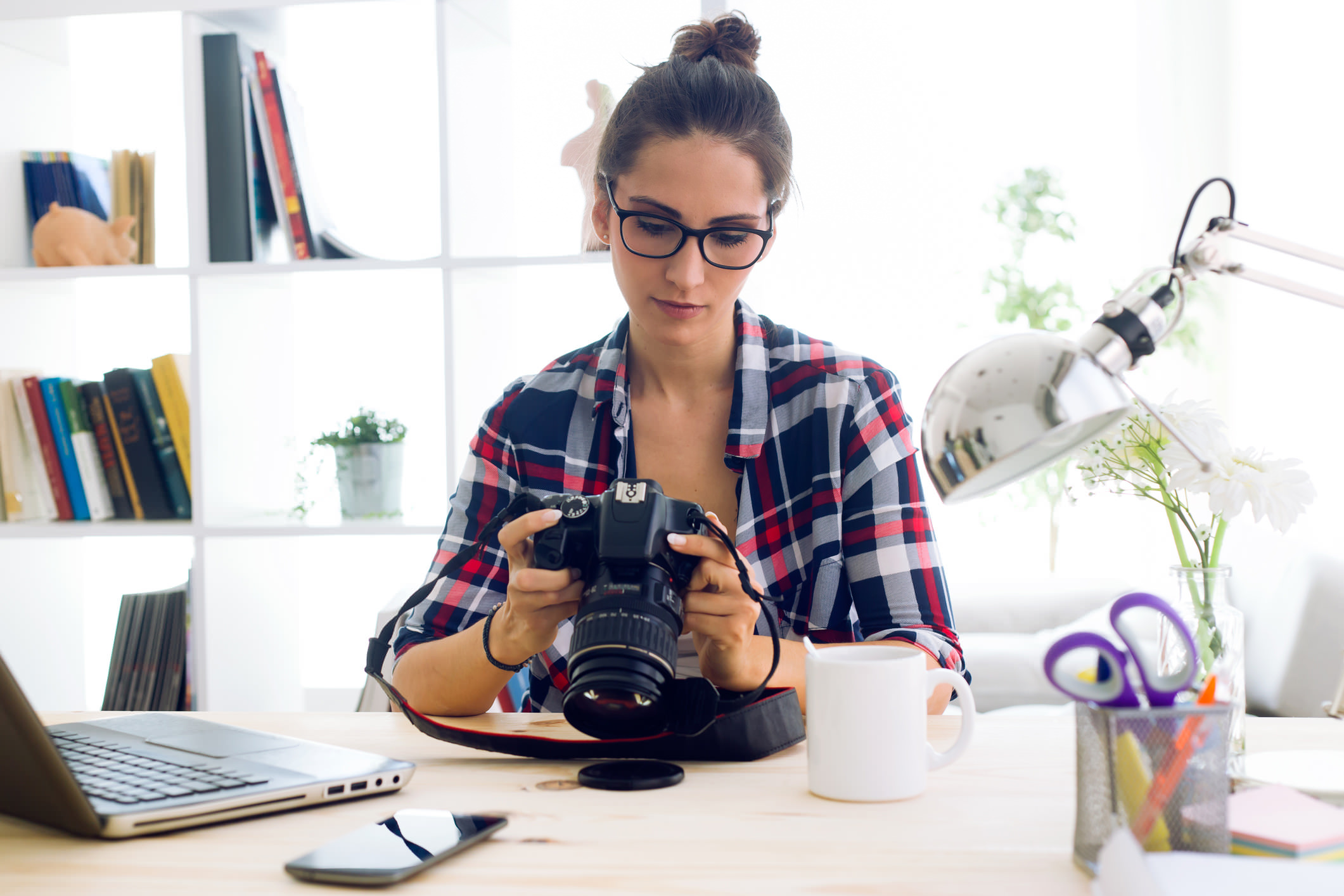 One thing that gets photographers of all skill levels and abilities off track is concentrating too much on the “right” camera settings to use to take a portrait.

Though you certainly need to work with the appropriate camera settings to get a good exposure, there is no hard and fast rule that says you have to shoot in manual mode with a specific aperture, shutter speed, and ISO.

Something you can do to facilitate your creativity while keeping a handle on the camera settings is to shoot in aperture priority mode and exposure compensation. If you aren’t sure what those means, give the video above a quick view. In it, Jana Williams gives us a few pointers for using this all-important setting to our advantage.

Basically, aperture priority means you pick the aperture and ISO, and the camera picks a shutter speed to match. By taking some control for yourself and giving up other control the camera, you have more time to focus on things like composition and framing because you have less technical stuff to worry about.

The beauty of aperture priority mode is that you can adjust the aperture to change the depth of field, if desired, and the camera will adjust the shutter speed accordingly. There will be times, though, when the shutter speed needed is just too slow. In those cases, use exposure compensation to correct the problem. 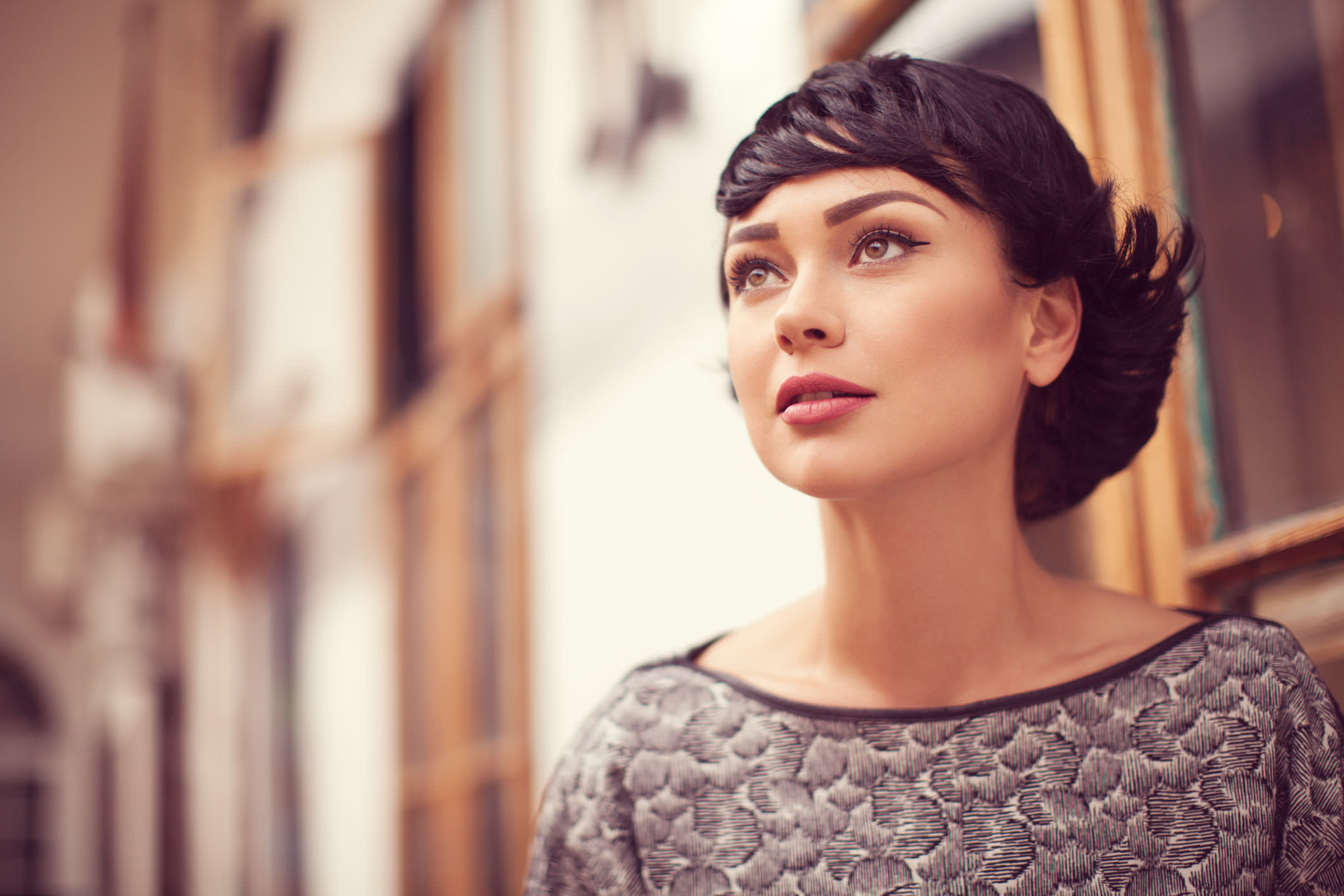 Composition is one of the most fundamental aspects of any photo, and a portrait is no exception. After all, a strong and unique composition will enhance the photo and help bring the viewer’s attention to the subject of the portrait. Conversely, poor composition can do the opposite and result in a photo that totally falls flat.

Though there are plenty of compositional elements to bear in mind, two have added importance: depth and framing.

One way is to use a shallow depth of field to blur the background, as was done in the image above. Doing so accomplishes a couple of things, namely, it helps make the subject the center of attention and it helps negate anything that’s distracting or off-putting about the background.

Just open up the aperture to minimize depth of field (remembering to adjust shutter speed and ISO to maintain a good exposure), reduce the distance between you and the subject, and enjoy a nice, blurry background. 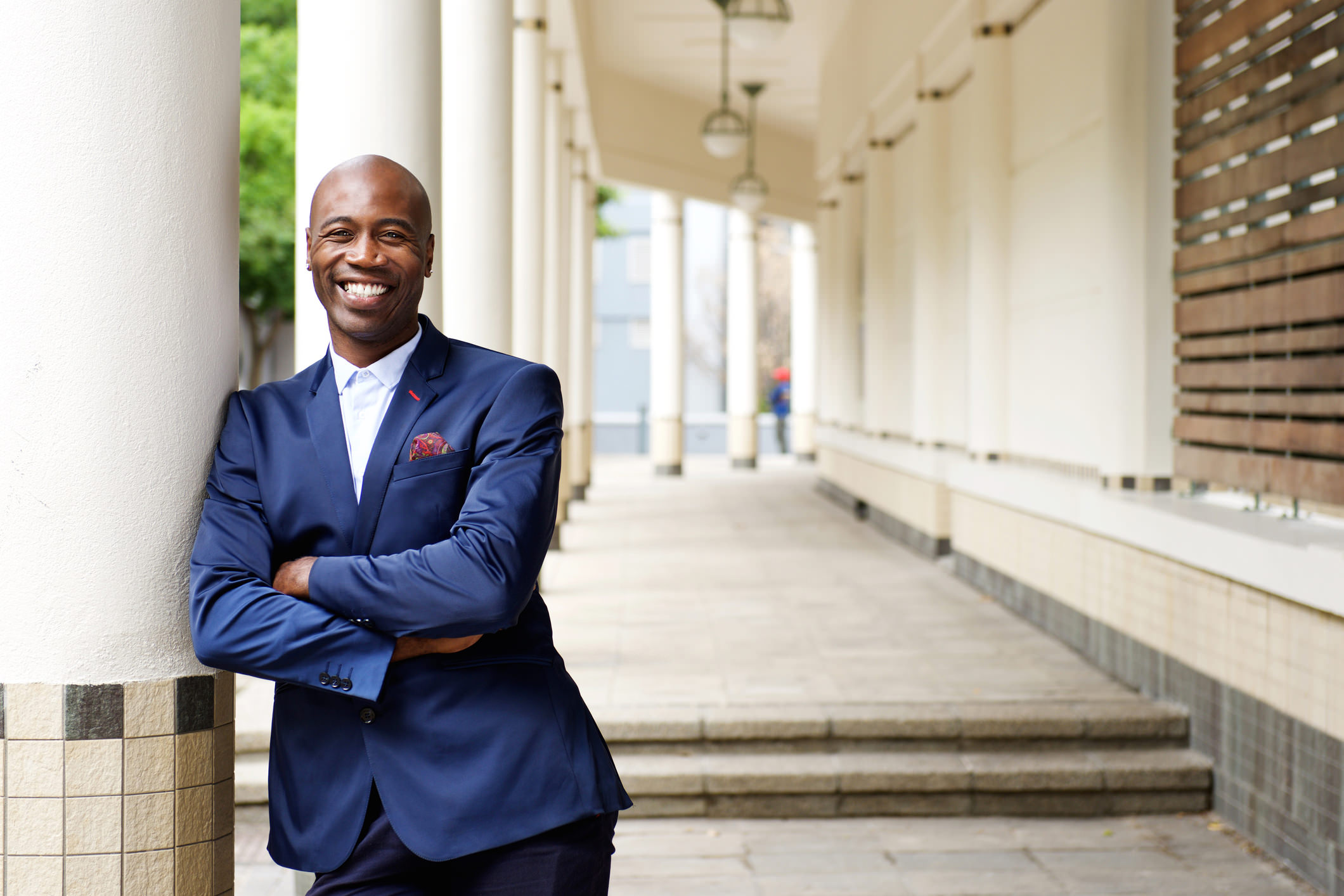 Another option that’s helpful for improving depth in your photos is to frame your subject. Using a frame within a frame is a topic we’ve discussed at length in other articles. But, in short, not only does a frame within the frame direct the eye toward the primary subject, but it also gives you an opportunity to introduce a greater level of depth.

In the image above, notice how the vertical columns serve to restrict our eye from wandering around in the image. What’s more, the repeating nature of the columns gives this image a greater sense of depth. As a result, the portrait looks more like a three-dimensional representation of the scene than a flat, two-dimensional space.

Posing Needs to Be On Point

Posing is perhaps one of the most difficult aspects of portraiture to master.

There are plenty of reasons for this, but primary among them is that something as simple as the angle of head tilt or the placement of a subject’s hands can elevate the photo or cause a huge distraction.

There are a lot of things you can do regarding posing to improve the overall impression of the shot:

For additional posing tips, check out the video above in which portrait photographer Julia Kelleher offers her advice for photographing families, couples, and newborns. Though the techniques are presented specifically for these groups, there are plenty of great tips that are applicable to all kinds of portraiture.

Another aspect of posing that’s integral to the success of your images is the facial expression of the subject.

The problem with a lot of unsuccessful portraits is that the subject simply doesn’t have a genuine, honest expression on their face. Things like forced smiles and squinty eyes quickly reduce the value of the shot and make it difficult for viewers to connect with the subject in a real way. 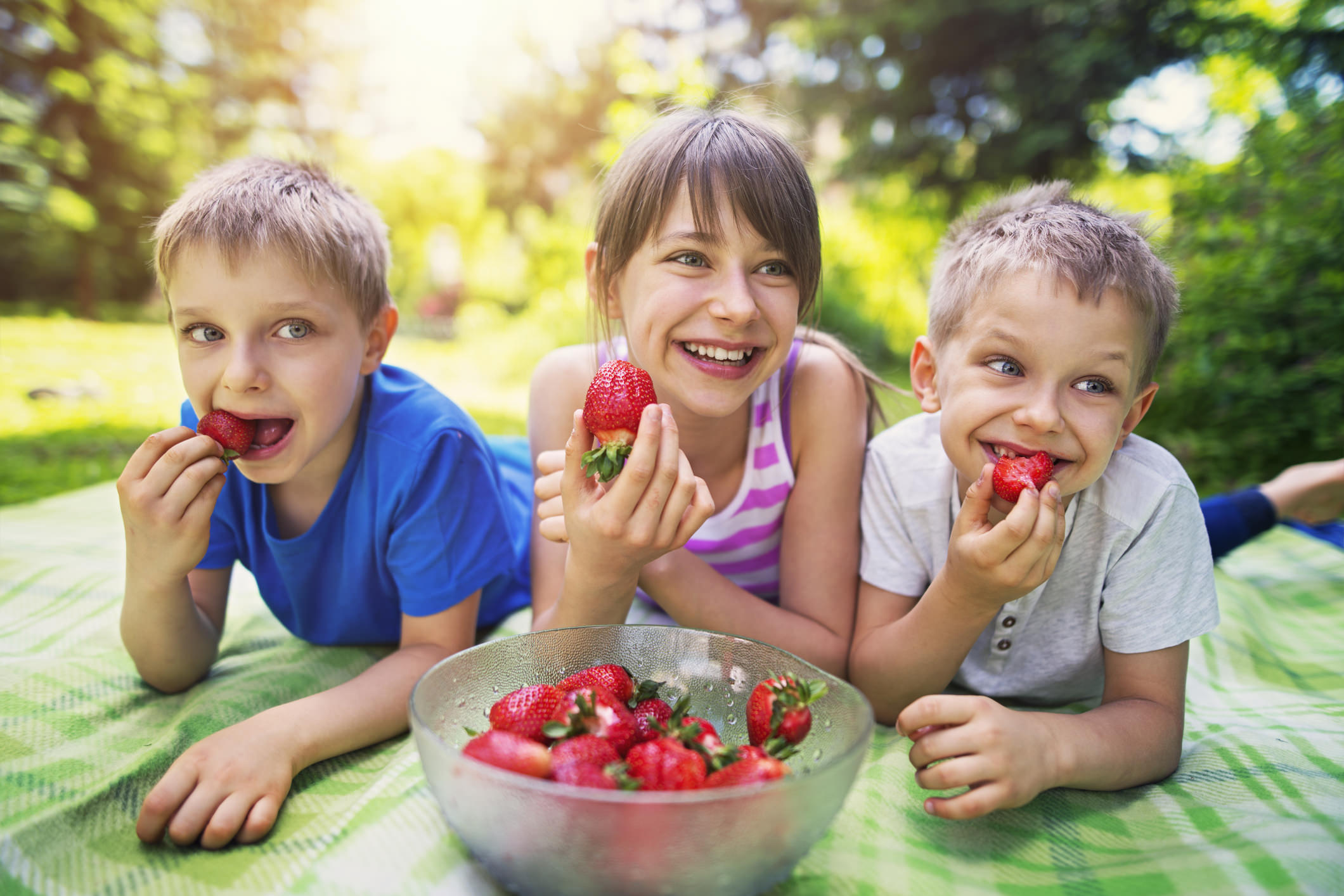 A great way to get more genuine portraits is to focus your attention on candid shots. Here, candid doesn’t necessarily mean silly, but instead means unposed in an environmental or documentary portraiture kind of way.

In looking at the image above, we see several rules of thumb for candid shots:

As a consequence of the features listed above, the posing then becomes much more natural. There’s no real direction needed here - just give the kids some fruit to eat and the scene unfolds naturally.

Lighting Needs to Be On Point Too 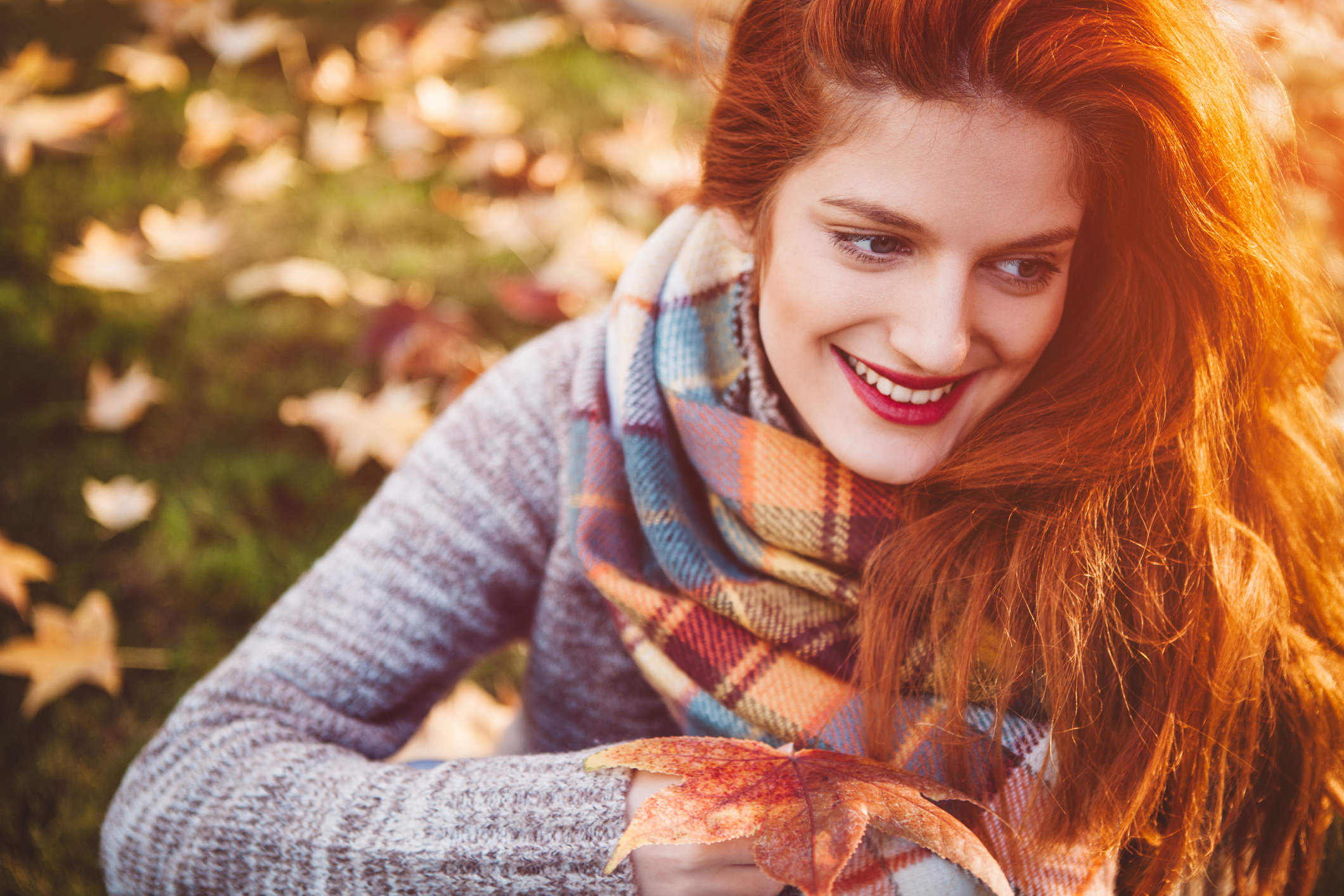 It goes without saying that the success or failure of your portrait also rests on the lighting used to create the portrait.

For many photographers, using natural lighting for portraits is the number one way to go. But, because you’re at the mercy of the sun, it takes some added time, effort, and patience to master the art of natural light portraiture.

For starters, don’t fall into the trap that the light has to fall directly on your subject’s face. Instead, move around to determine the best light for the portrait you wish to take.

In fact, try this: position your model, then rotate 360-degrees around them as you view them through your viewfinder to determine which direction of light is the most pleasing.

Using the image above as an example, note how placing the sun over the model’s shoulder results in a wonderful glow that accentuates her red hair. The result is a portrait with tons of visual appeal that also highlights the uniqueness of her red hair. Now imagine the same photo had the sun illuminated the model’s face directly. It doesn’t seem as impactful, does it?

It’s also necessary to consider the time of day that you’re taking the portrait, assuming you’re photographing the model outdoors. Mid-day light is very direct and harsh, which can be troublesome for portraits due to the harsh shadows.

Shooting during Golden Hour, however, can result in a much more pleasing photo because the light is soft, diffuse, and has a warm color temperature that complements most skin tones.

That said, if you wait until Golden Hour, there are opportunities to take advantage of direct sun on the model’s face and even backlit portraits. In the video above, Jessica Kobeissi gives us an overview of using these and other lighting techniques for portraits during Golden Hour.

Don’t Be Afraid to Do the Unexpected 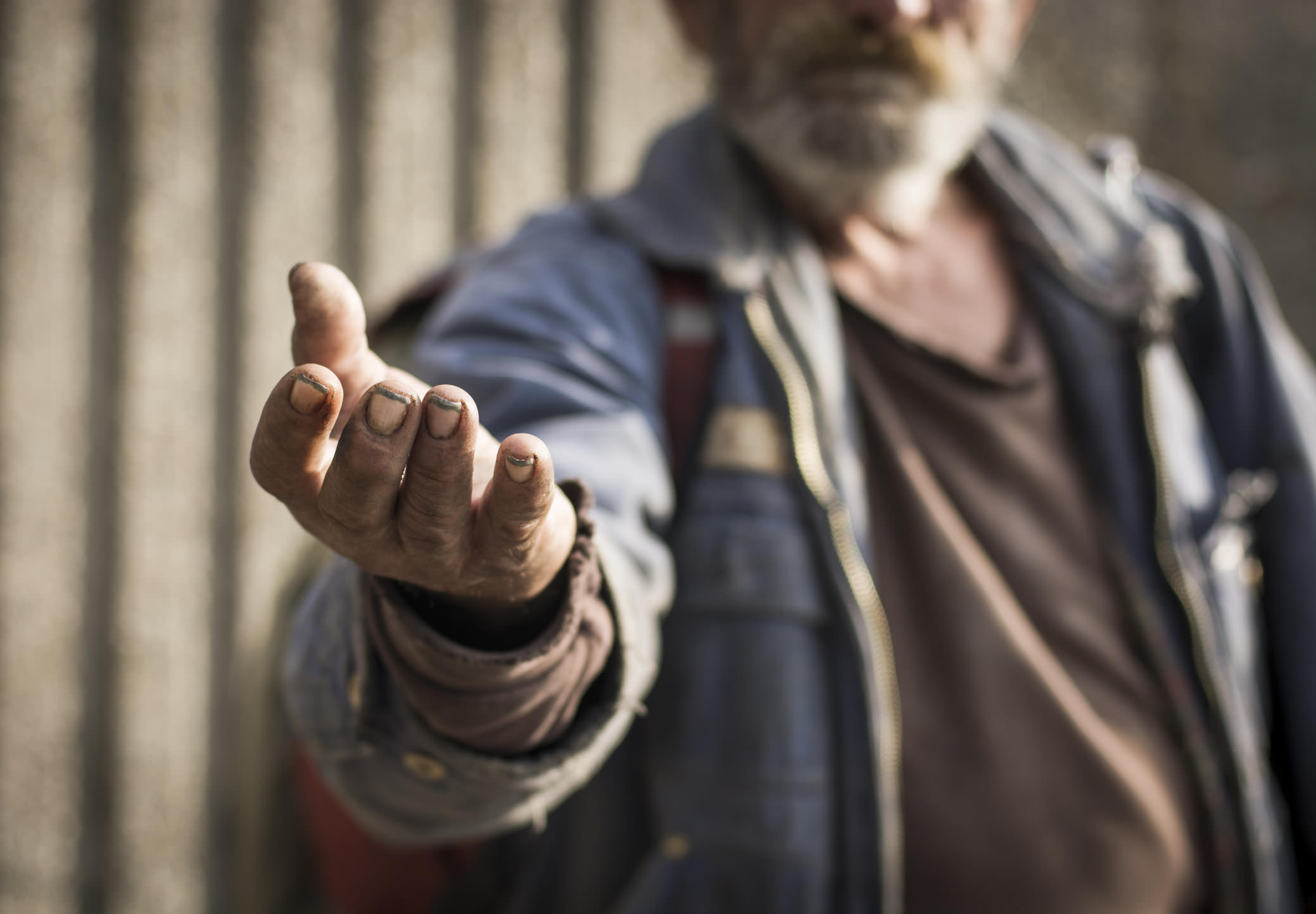 When people hear the word “portrait” they likely think of a picture of a person’s face.

Yet, our faces aren’t the only things about us that can be used to convey emotions, moods, or who we are as a person.

Take the image above as a prime example of this concept. The man’s face is obscured from the photo, but his outstretched hand says it all. He’s in need, and has had a rough go of it judging from the dirty and unkempt nature of his fingernails.

Those details make the shot. His face needn’t even be visible because of all the details we can see in his hand.

There are other ways to create faceless portraits. Highlight a person’s feet. Give them a prop to hold. Focus on a documentary or environmental portrait so you can highlight the surroundings the person finds themselves in.

In short, it’s that creativity, the desire to make something new and interesting that will have an enormous impact on the portraits you create. The technical stuff is important too, and with time, you’ll master things like camera settings and what lens is best to use. In the meantime, work on some of these creative aspects of portraiture and watch as your images begin to change for the better!