These Hubble Space Telescope Photos Will Absolutely Boggle Your Mind 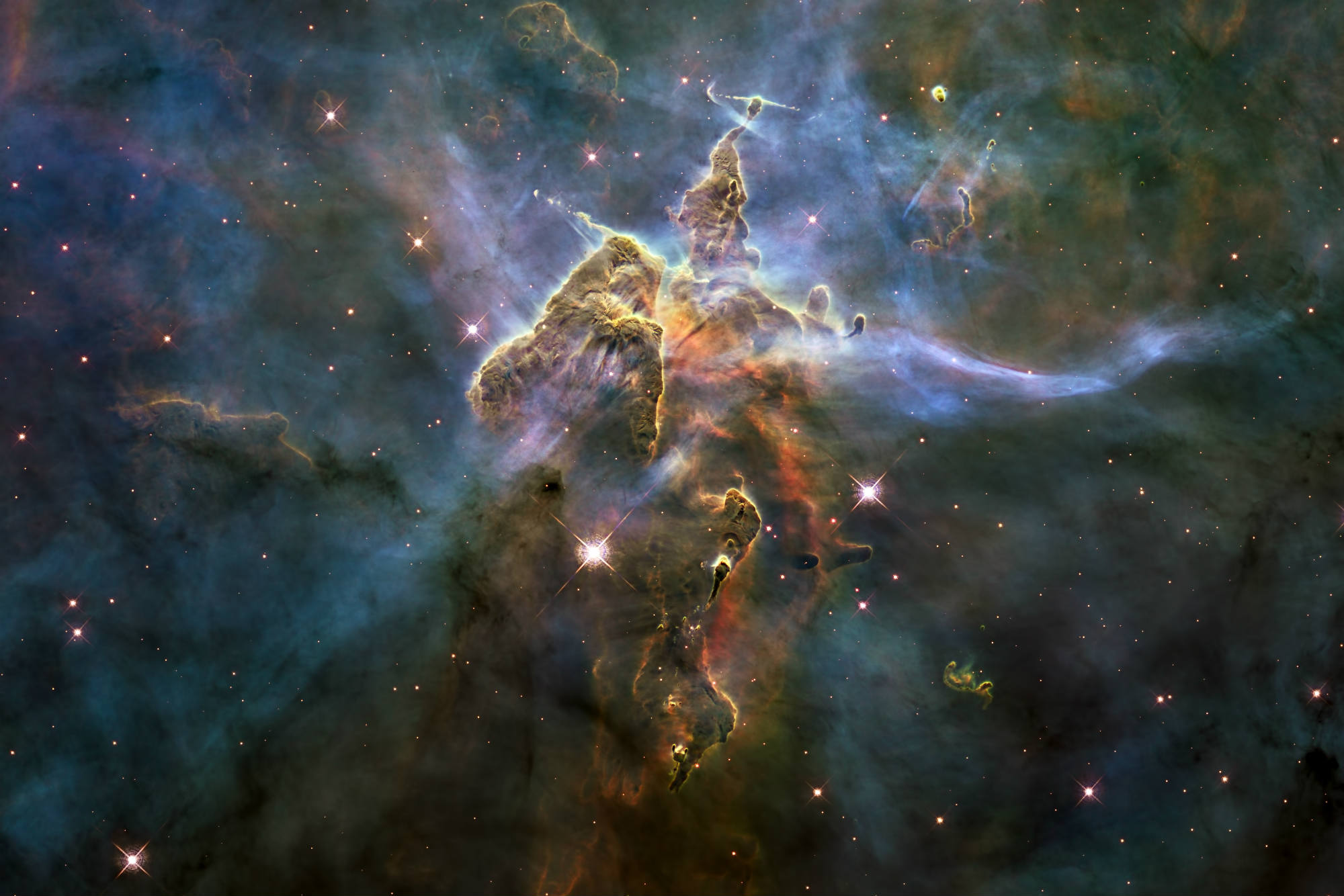 Taking photos of celestial bodies is no small feat.

But NASA sure has perfected that art.

Then again, they have the best tools in the business, including the aging, but still pretty darn good Hubble Space Telescope.

Over the years, Hubble has captured some pretty amazing images.

Here are just a few that are sure to knock your socks off.

Editor's Note: To see celestial objects, we suggest visiting MrStarGuy to purchase your optics. MrStarGuy has a complete line of scopes, including reflector and refractor models, as well as grab and go scopes, astro binoculars, mounts, tripods, and so much more. As a family-operated company, MrStarGuy is dedicated to providing the best in optics along with the best possible customer service. Visit MrStarGuy today to get outfitted! 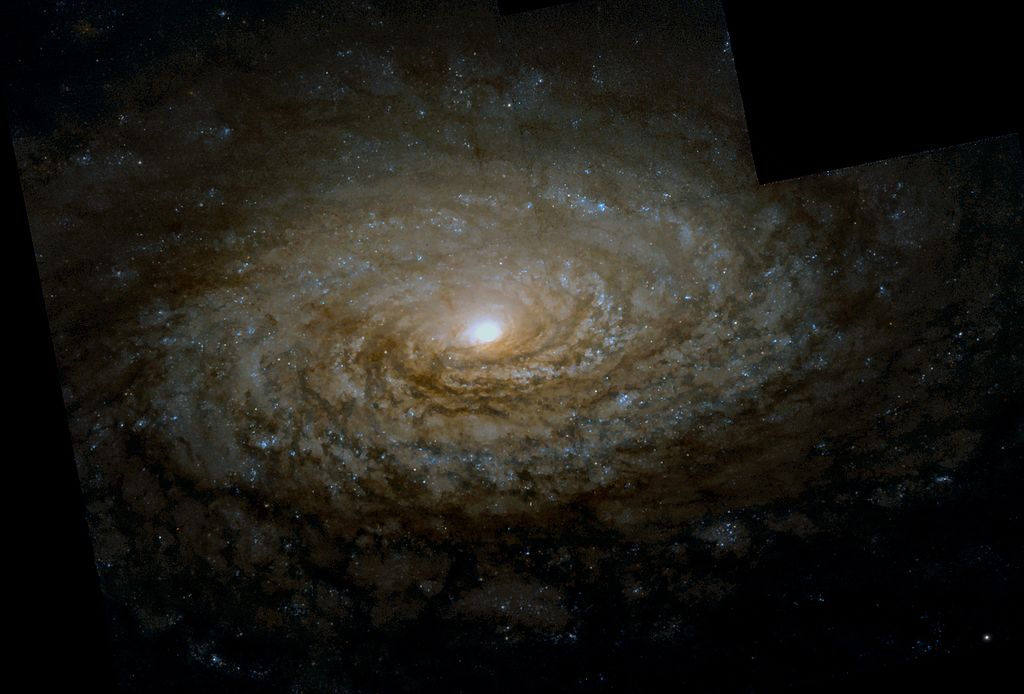 Also known as M63, the Sunflower Galaxy was first discovered by Pierre Mechain in 1779.

It was one of the first galaxies identified that have the signature spiral structure that you can see in the image above, taken with the Hubble Space Telescope.

Its arms are made up of new blue-white giant stars, and some astronomers believe that there is a supermassive black hole at its center. 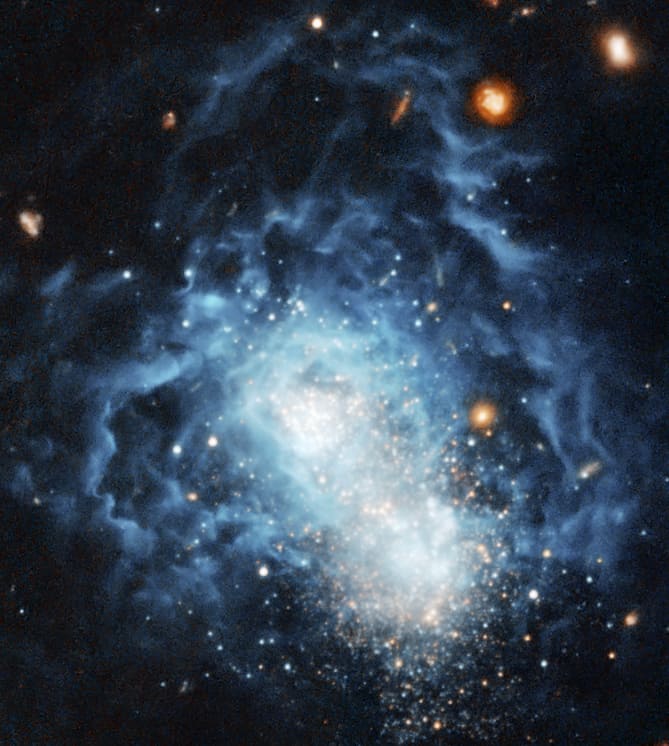 Its name isn't the only strange thing about this galaxy...

For starters, I Zwicky 18 is a dwarf irregular galaxy, meaning it doesn't have a distinct or regular shape.

It's a relatively young galaxy at about one billion years old, yet some of its stars develop in a manner that's more typical of galaxy formation in the earliest days of the universe.

Whatever the case, it wasn't until 1930 that it was discovered by Fritz Zwicky. 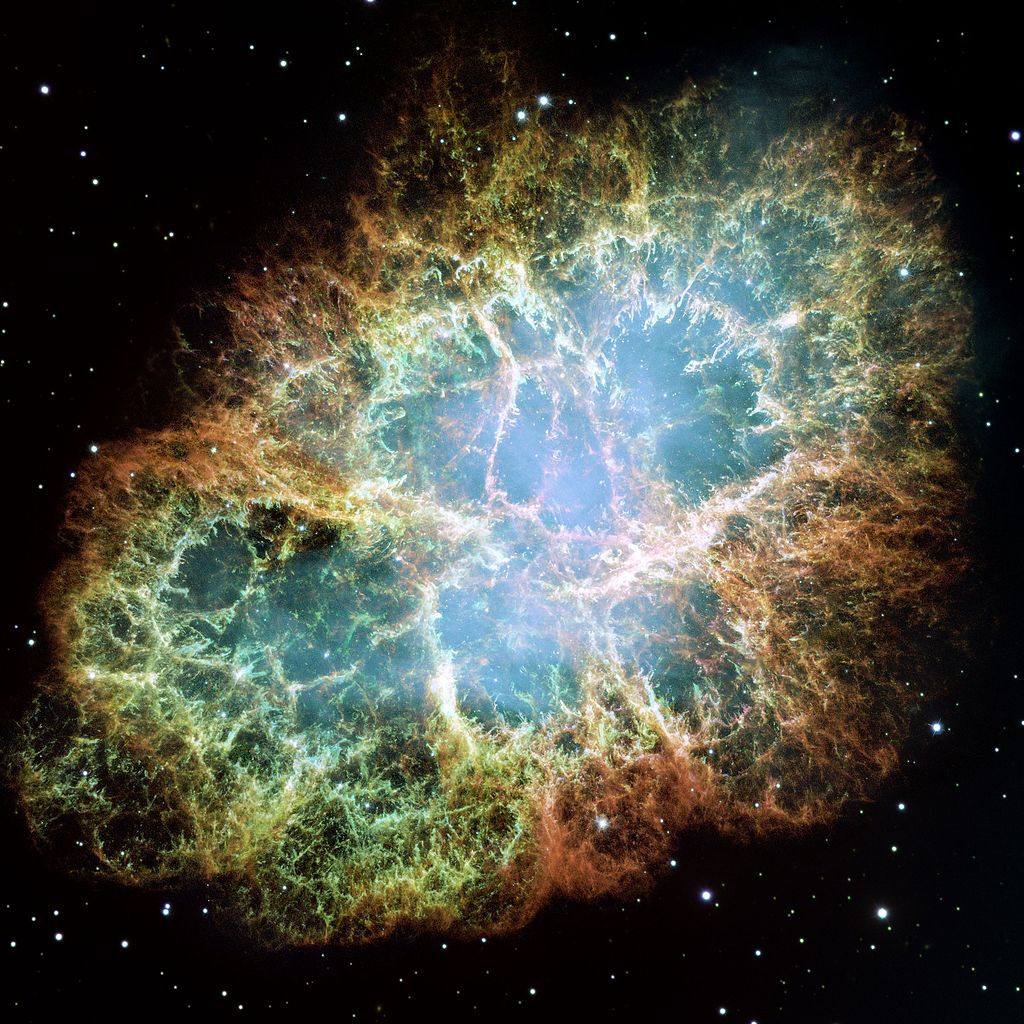 This composite image from the Hubble Space Telescope is actually 24 separate images put together.

What it shows is a supernova remnant in the Taurus constellation. The supernova exploded almost 1,000 years ago, an event that was recorded by Chinese and Japanese astronomers at the time.

And if you're wondering why it's named the crab nebula, it's because William Parsons, Third Earl of Rosse made a drawing of it after observing it with a 36-inch telescope in 1840. His drawing resembled - you guessed it - a crab. 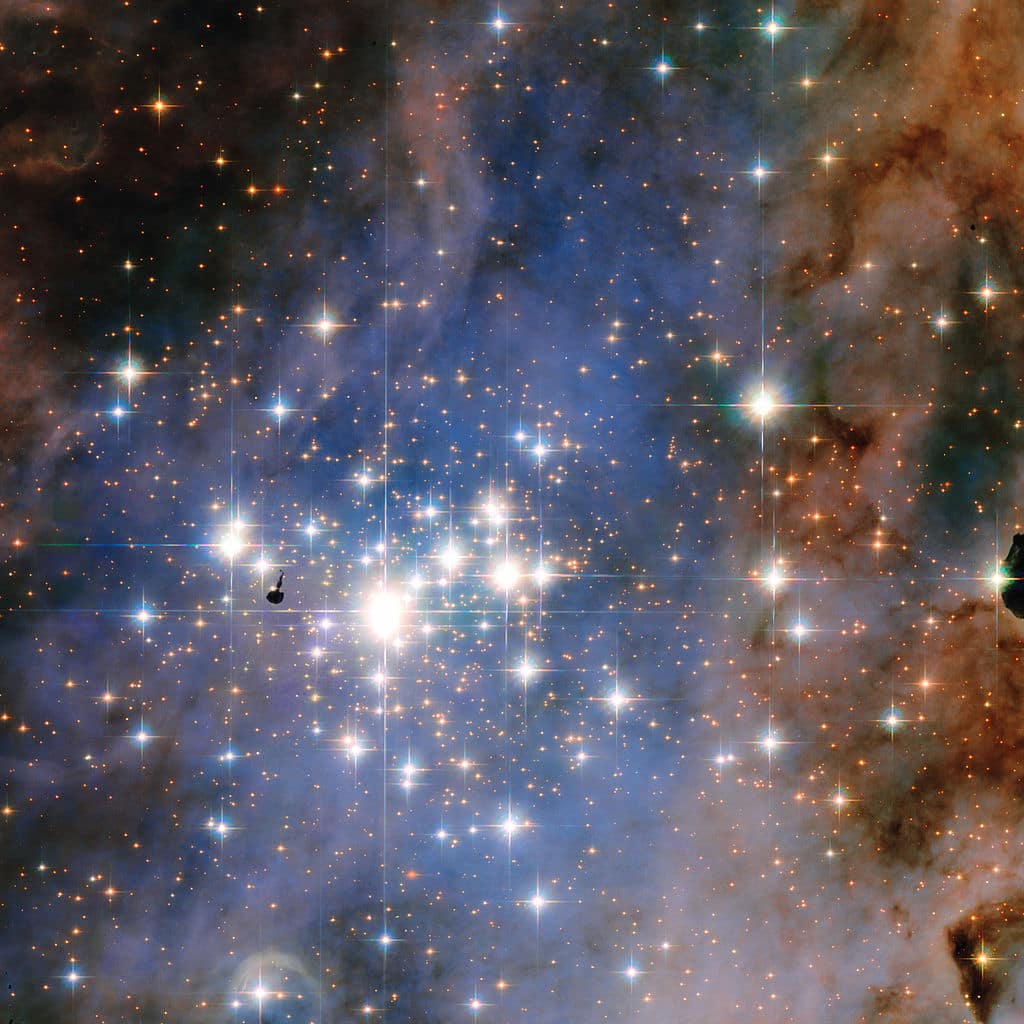 The Carina Nebula is an interesting structure because it is so large and complex. It's actually one of the largest diffuse nebulae in the galaxy.

In fact, Trumpler 14 (shown above), one of the nebula's star clusters, is home to the most luminous star in the Milky Way, named WR 25. 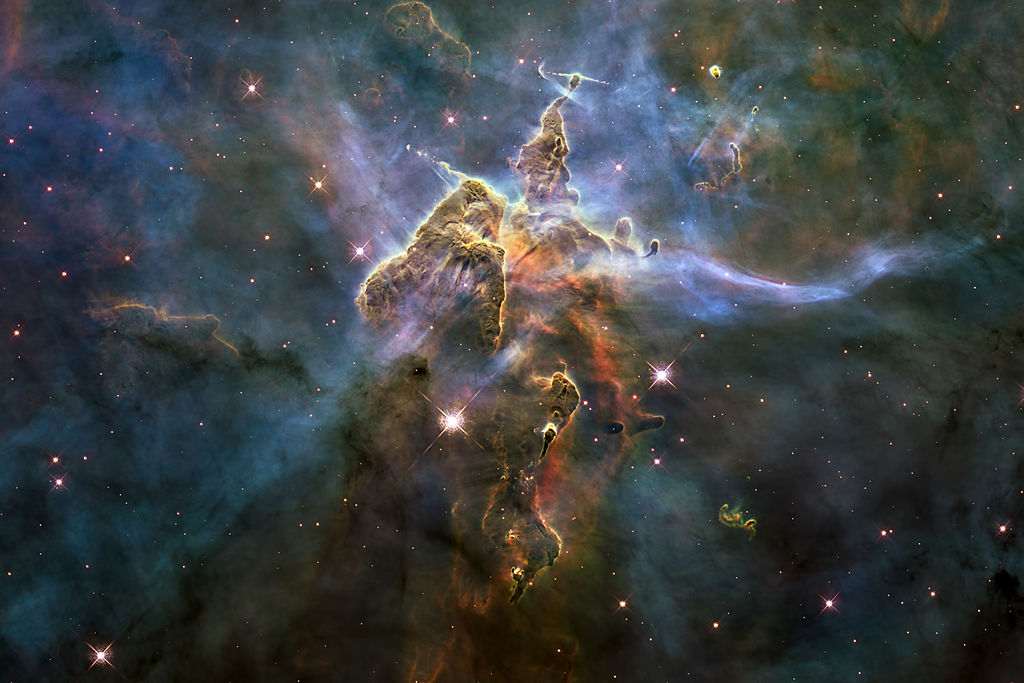 Another part of the nebula, Mystic Mountain (shown above), is a dust-gas pillar that measures three light years in height.

The huge peaks that resemble mountaintops are created when nascent stars release gas, which streams outward to form the peaks.

This image was taken by the Hubble Space Telescope on its 20th anniversary in February 2010. 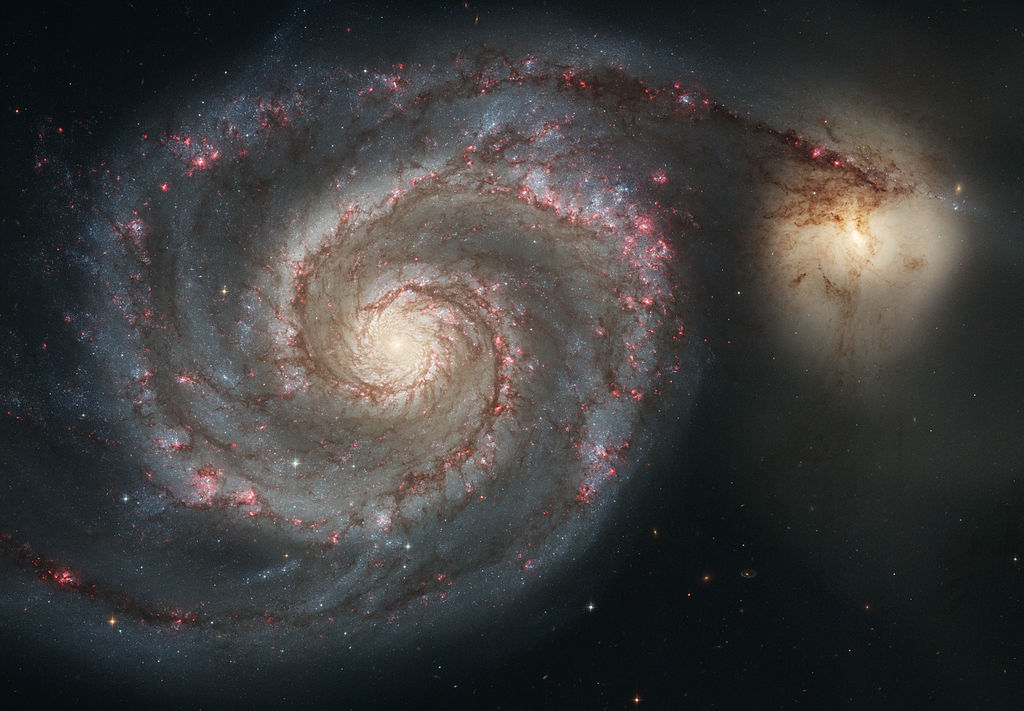 As you can see in the image above, the Whirlpool Galaxy is very aptly named, given its classic spiral shape. That shape is most likely due to the interaction of the galaxy with its neighbor, NGC 5195, shown upper right in the image above.

Aside from being spectacularly beautiful, the Whirlpool Galaxy is also home to a number of black holes as well as three supernovae.

It's also one of the most easily observed galaxies, and can even be seen with binoculars. 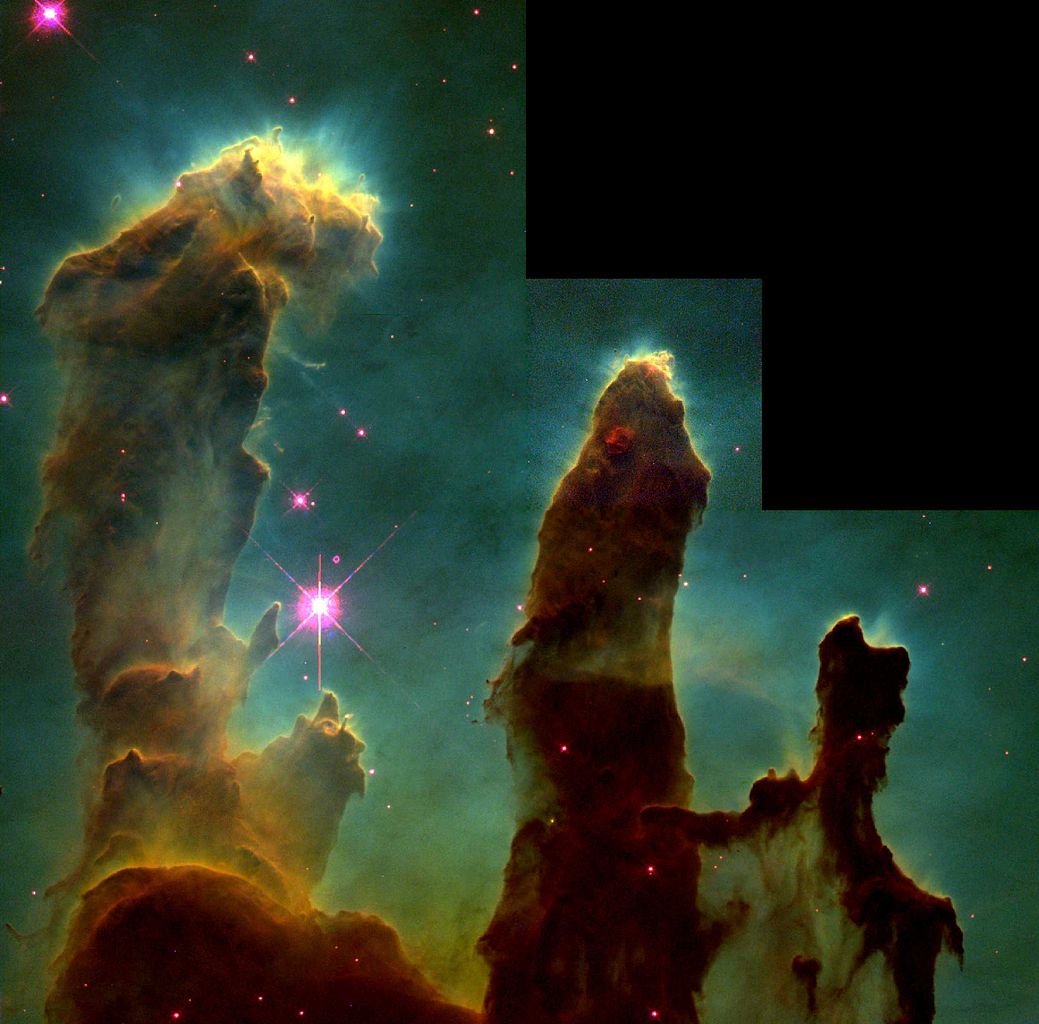 One of Hubble's most well-known photographs is this one of the Pillars of Creation in the Eagle Nebula, taken way back on April 1, 1995.

The pillars are comprised of interstellar gas and dust that are in the midst of creating new stars.

Interestingly, as they create new stars, the pillars are also being destroyed by the light from recently-formed stars nearby.

This photo is a composite of 32 different photos from four different cameras on the Hubble.

The green areas are hydrogen, the red is singly-ionized sulfur, and the blue indicates double-ionized oxygen atoms. 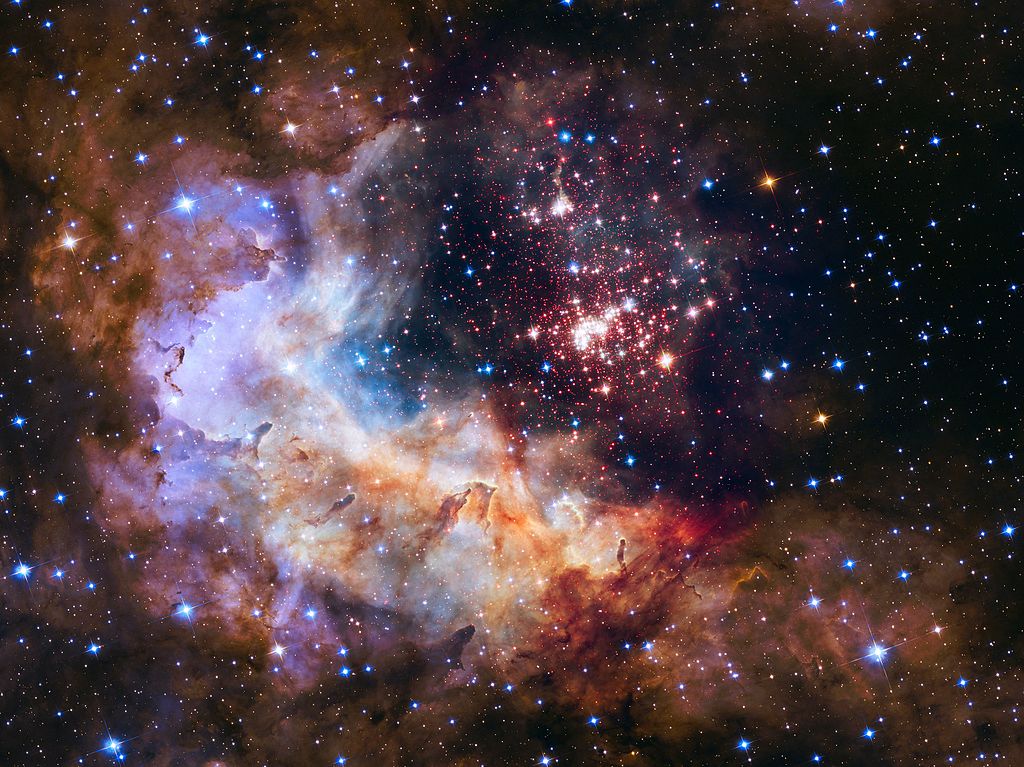 An obscured compact young star cluster, Westerlund 2 is home to some of the brightest, hottest stars as yet discovered.

The cluster is about 1-2 million years old, and wasn't even discovered until the 1960s by Bengt Westerlund.

So far, astronomers have identified more than a dozen early O stars and a number of Wolf-Rayet Stars within the cluster.

The image above was taken by the Hubble Space Telescope in honor of its 25th anniversary in 2015.

Editor's Note: If these images have sparked an interest in astrophotography, check out our astrophotography section for how-to guidelines for taking photos of the night sky. Be sure to visit our friends at MrStarGuy to get outfitted with all the necessary astrophotography gear, too. A top recommendation is their Vixen Polarie Star Tracker. This compact, yet highly functional mount attached to a normal tripod and can be used with cameras that weigh seven pounds or less. Using the included compass, a North Star Alignment Window, or a polar scope, you can orient the Polarie to face north. Once it's set, the Polarie will track the stars as they move across the sky, eliminating star trails and allowing you to take images of pinpoint stars. Learn more about this and other astrophotography gear at MrStarGuy.