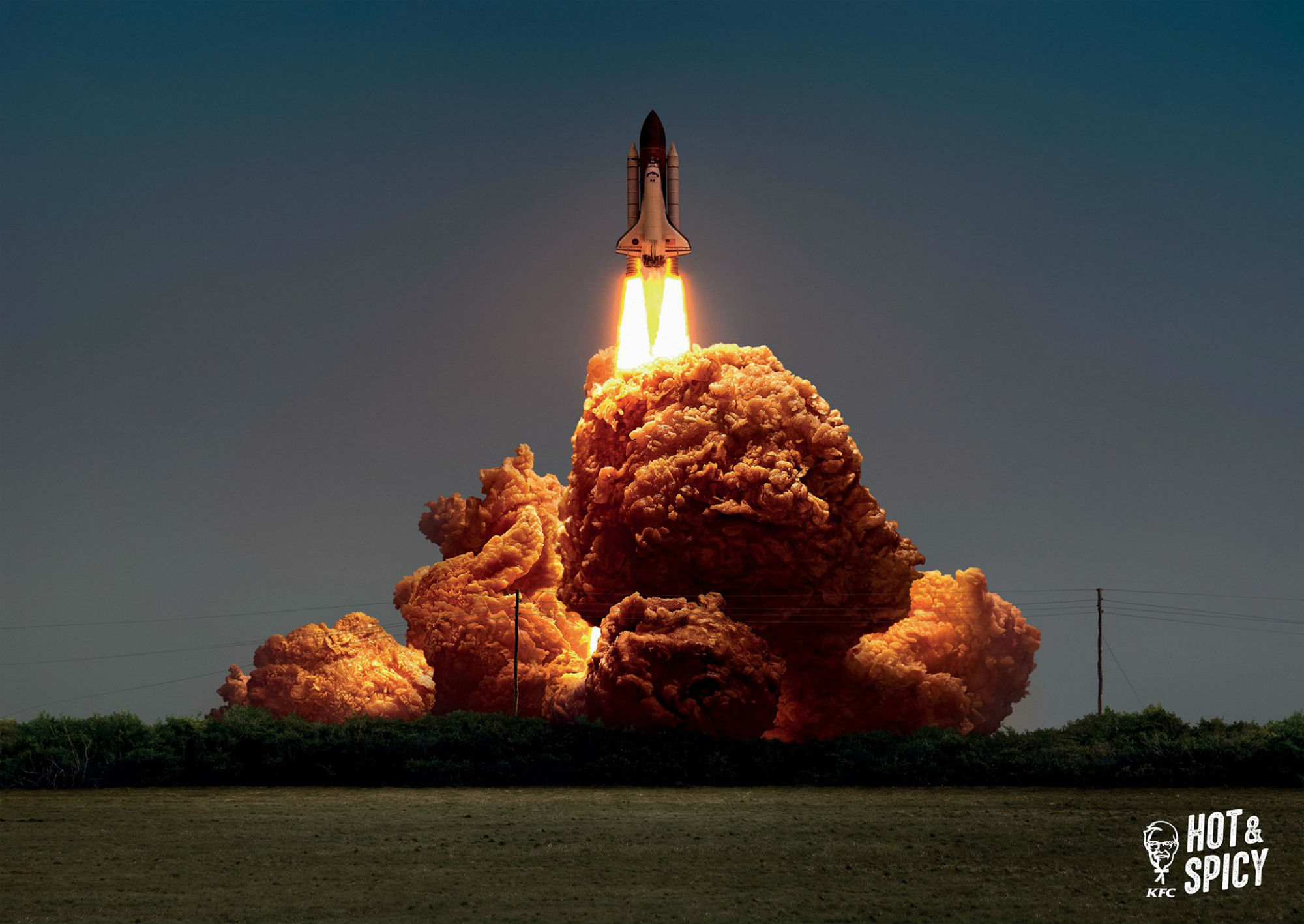 I fully admit that I'm not a KFC customer, but after seeing their latest ad campaign, I might become a KFC convert.

The photo above and those shown below are the brainchild of Ogilvy & Mather Hong Kong, the ad agency that the fast food giant contracted to promote their new Hot & Spicy chicken in the Hong Kong market. 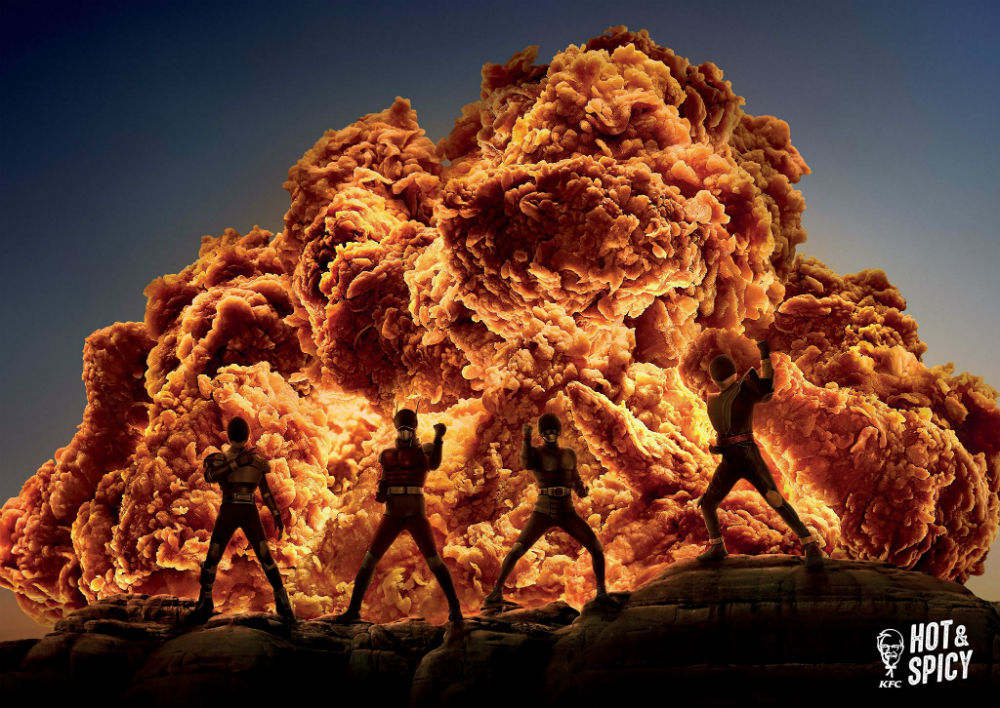 As you can see, KFC's chicken fits in perfectly in each scenario, morphing from tasty chicken treats into explosions, vapor trails, and the like.

Editor's Tip: Take your own photos to the next level by turning them into fine art. Find out how. 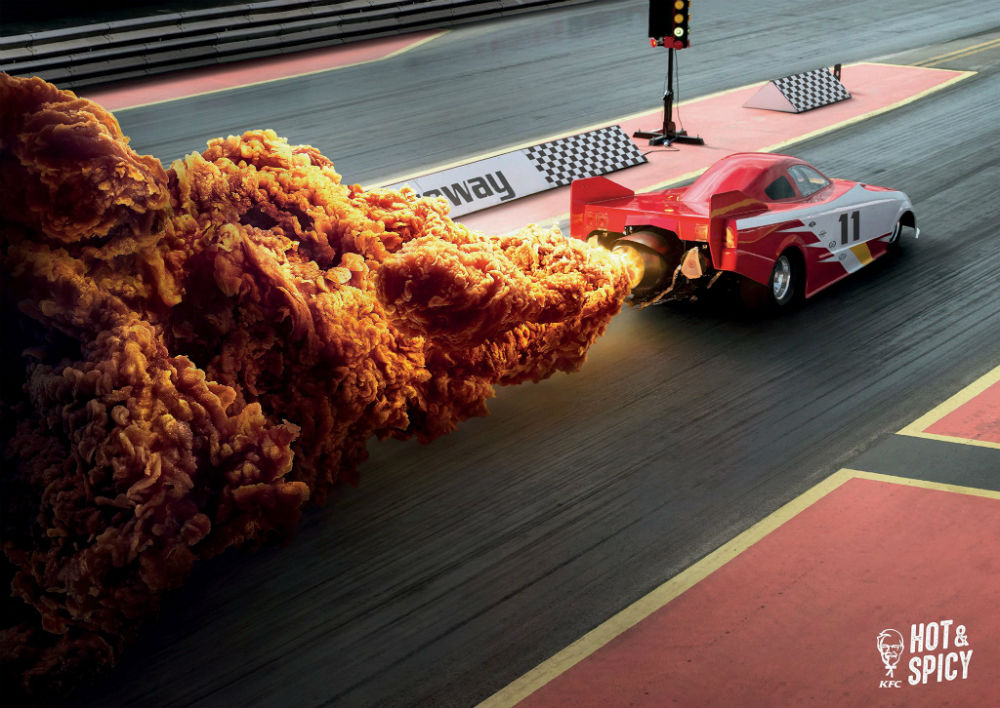 The innovative approach to Photoshopping KFC chicken into completely ridiculous scenarios garnered the attention of the Post-Production References Awards, which posted a collection of these images to their Facebook Page.

Not only that, but everyday photographers are taking up the mantle of chicken Photoshopping and coming up with interesting creations of their own.

Above, the KFC chicken has been desaturated to resemble a volcanic plume.

And here, the chicken serves as a backdrop for a Lord of the Rings-looking scene.

Who knew that fried chicken could be used so creatively?!