If You Think Hubble Space Telescope's Photos are Good, Just Wait for the Giant Magellan Telescope 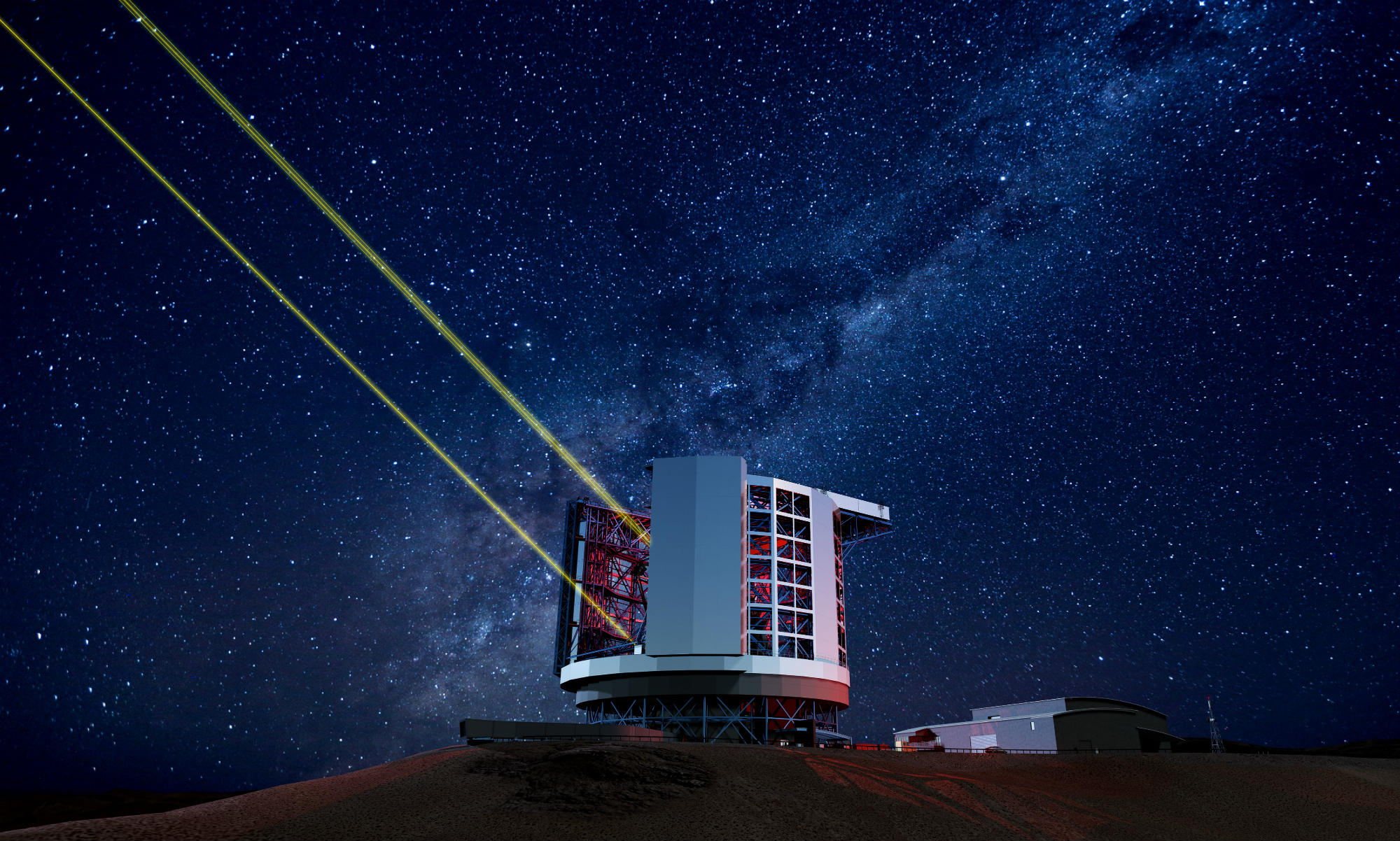 On April 24, 1990, the Hubble Space Telescope was launched aboard the Space Shuttle Discovery.

And though it encountered some problems initially, Hubble has been the gold standard for photographing and exploring our solar system for going on three decades.

There's been many upgrades to the old telescope over the years that have allowed it to continue operations.

However, there will be a new sheriff in town regarding high-quality photos of space in 2024, and it doesn't even have to be launched into orbit. 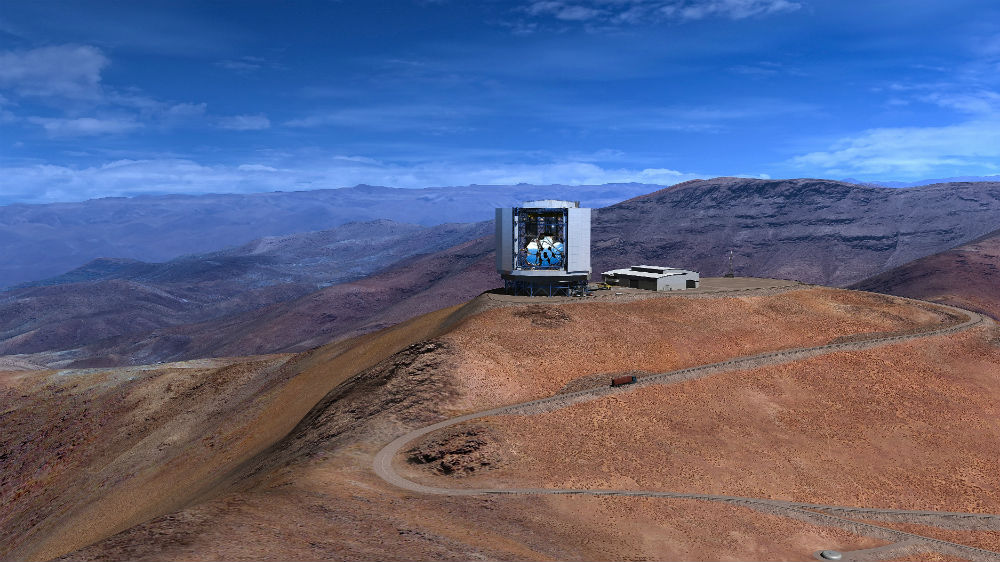 The Giant Magellan Telescope (GMT) is currently under construction at the Las Campanas Observatory in Chile.

Its cost is about $1 billion and it will be completed in 2024. Once it's operational, it will take photos that are ten times sharper than Hubble is capable of taking. Learn more about the GMT in the video below:

The incredible sharpness of this telescope is due in large part to its design.

According to the GMT website, the 1,500-ton telescope is a "segmented mirror telescope that employs seven of today's largest stiff monolith mirrors as segments."

With six off-axis mirrors that measure 27 feet high that surround a central on-axis segment, the telescope forms a single optical surface that measures 80 feet in diameter. Each of these mirrors weighs approximately 20-tons and is made of special glass that retains its shape even under significant temperature changes.

In other words, the telescope will have a surface area of about 368 meters to collect light. 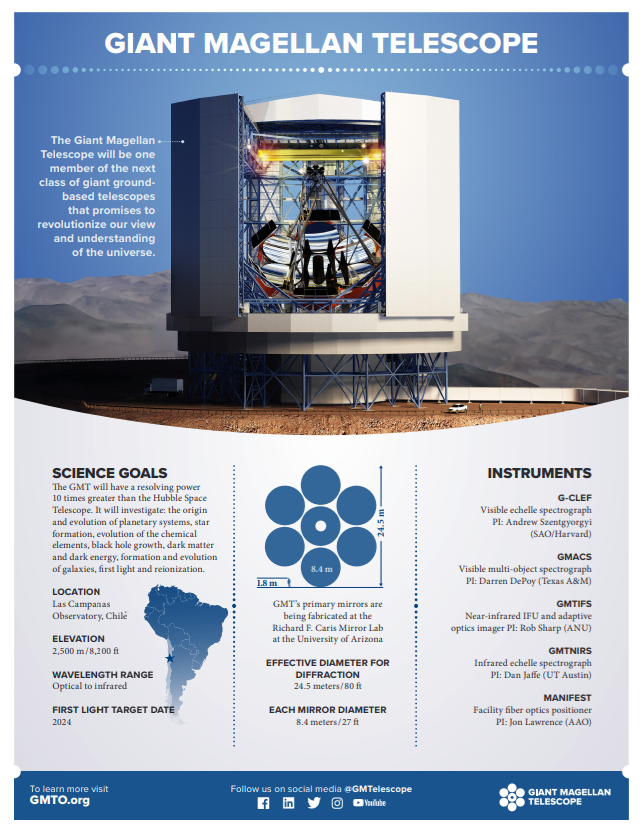 The telescope will collect light from space, which first reflects off the seven primary mirrors.

Then, light reflects again off the seven smaller secondary mirrors before going down the center primary mirror to the advanced charge coupled device (CCD) imaging cameras.

At that point, the concentrated light is measured, giving astronomers the data they need to figure out how far away objects are as well as their composition. 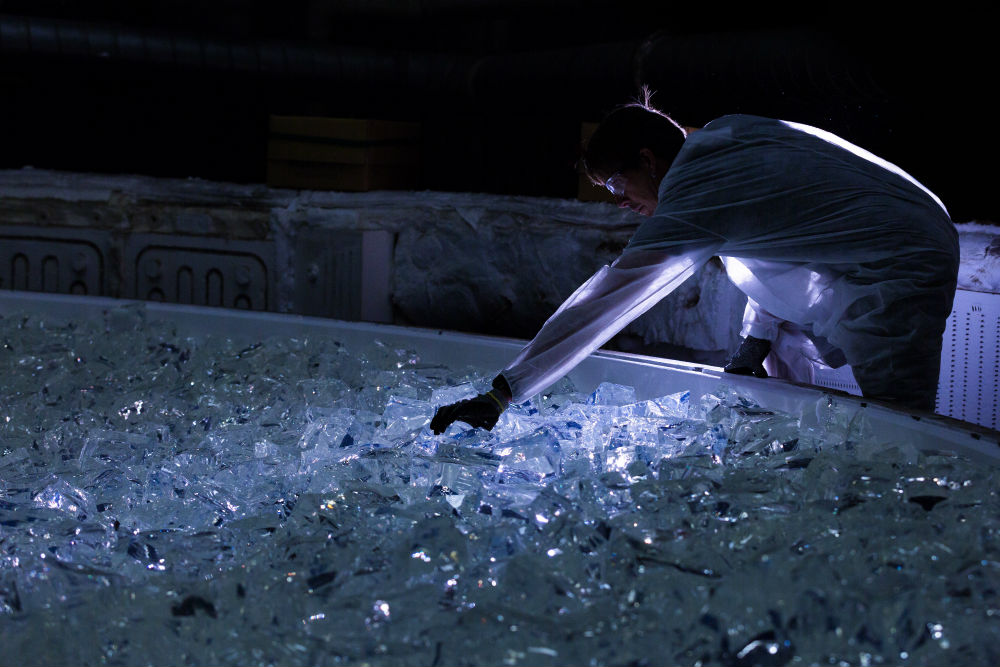 The primary mirrors of the GMT are being crafted at the Richard F. Caris Mirror Lab at the University of Arizona.

These mirrors are curved to incredibly specific shapes and polished to within a wavelength of light, which is about one-millionth of an inch.

The finished glass in the telescope - though still quite heavy at 20-tons per mirror - is actually incredibly light by current standards.

That's thanks to a honeycomb construction in which the finished glass is essentially hollow. You can see part of the process of crafting these mirrors in the video above. 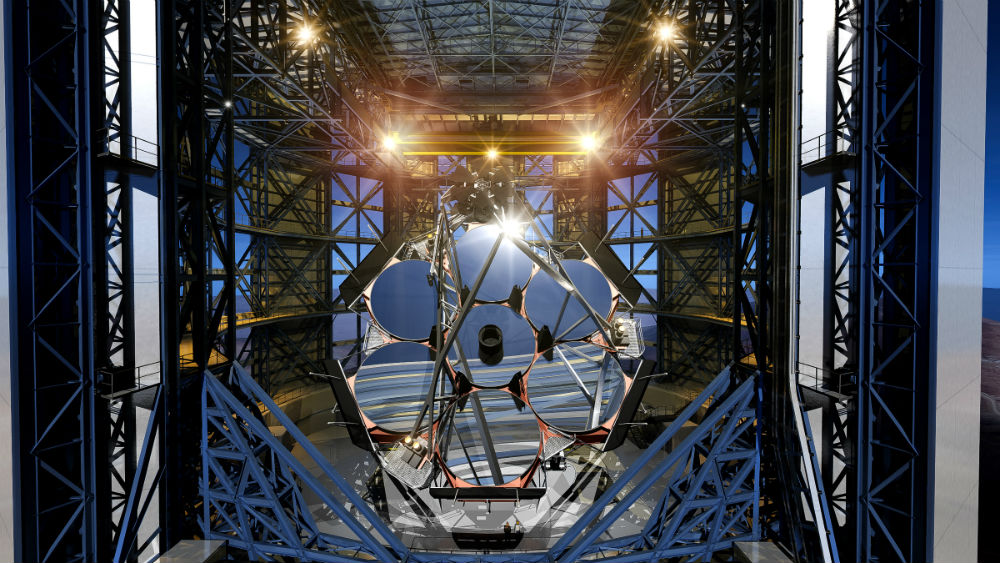 The telescope will also have adaptive options. This is due to the telescope's secondary mirrors having flexible properties.

For example, under the surface of each secondary mirror, there are hundreds of actuators that adjust the mirrors to counteract turbulence in the atmosphere.

These actuators are controlled by advanced computers that allow the telescope to change twinkling stars into clear, sharp points of light. It's because of this technology that the GMT will be able to take photos that are ten times sharper than Hubble's.

And the wait for those photos isn't especially far off. The telescope is expected to come online in 2024.

There's a lot more to learn about this incredible device. For more details about the GMT, visit the GMT website.

All images provided by GMTO Corporation and are used with permission.