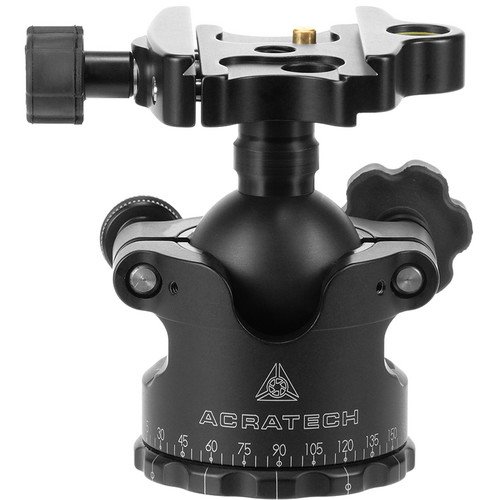 Acratech makes some of the best high-end tripod heads on the market. The Nomad Ballhead is the GP's little sibling, with a few less features and $100 knocked off the price. The Nomad skips out on the panoramic leveling feature and is only compatible with Arca Swiss release plates. Still, the Nomad includes a number of the same perks, including smooth ball head motion that doubles as a gimbal.

Without locks, Nomad's tension-based system makes for easy set-up, along with smooth panning in a wide range of angles. Despite operating as both a gimbal and a ball head, the head weighs less than a pound but can accommodate up to 25 pounds of gear.

Like other high-end ballheads from Acratech, there are few downfalls to the system outside of price -- and the Nomad is $100 less than the GP. A quick release plate isn't included in that price though. If you don't need the panoramic leveling feature, the Acratech Nomad is a solid ballhead with a bit more palatable price.