Hacking the 50mm Lens and What's Important to You 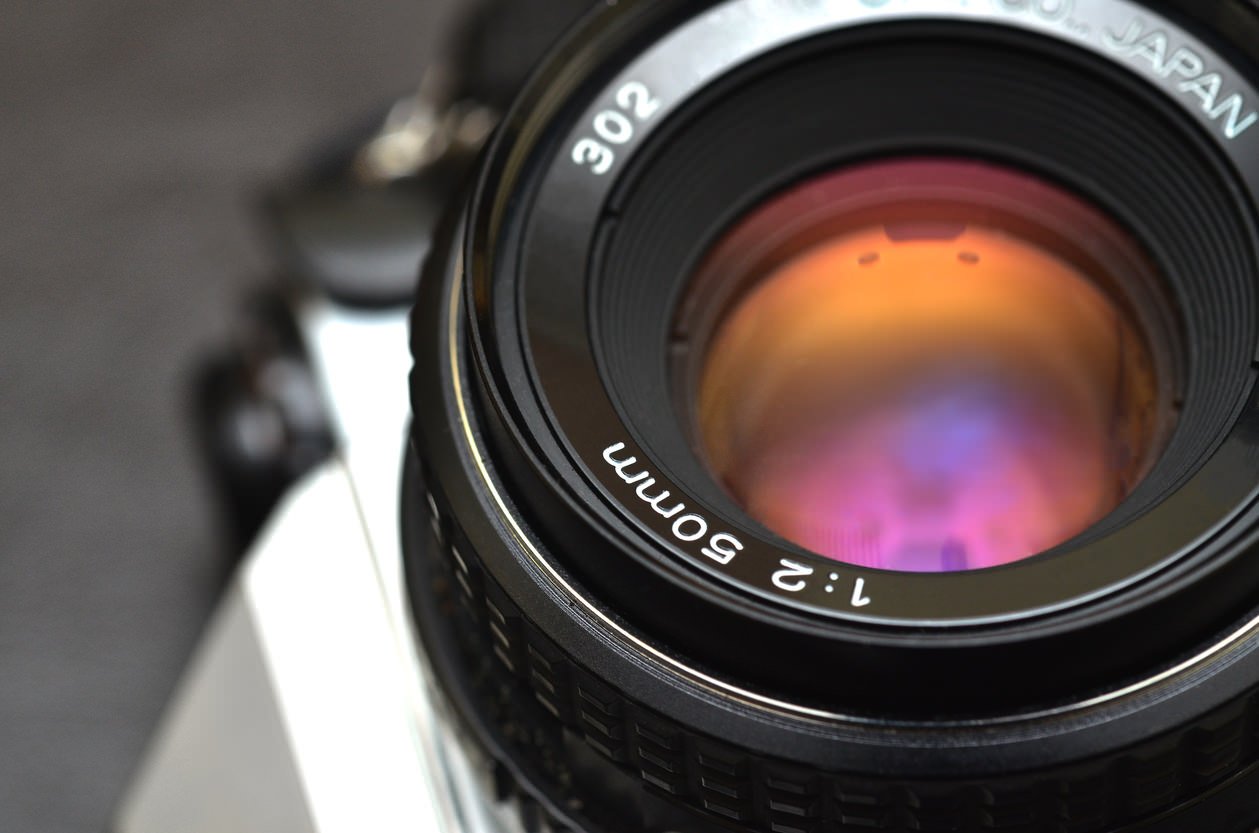 Of all the lenses available today, perhaps the most popular and versatile option is the 50mm, or the "Nifty Fifty."

There are plenty of reasons for their popularity, too.

They're versatile and lightweight. Many of them have very large maximum apertures to collect lots of light too.

Better still, many 50mm lenses can be found for a great price, so they're easy on the budget.

Let's explore these and other benefits of the Nifty Fifty in more detail.

We might as well start with this since the price is the primary factor for many photographers.

By the time you buy a camera, a couple of lenses, a tripod, filters, and other necessities, you'll be lucky to spend under $1,500.

That means that finding ways to stretch that budget is a priority.

Though there are some more expensive 50mm lenses out there, there are many priced very aggressively under $200. If you buy a good used 50mm lens, you can get an even better deal.

But just because they can be inexpensive doesn't mean that 50mm lenses don't offer great image quality...

Usually, less expensive lenses don't perform as well as more expensive ones, but 50mm lenses tend to be the exception to that rule.

One of the best features of 50mm lenses over the course of their history is exceptional speed.

When I say speed, I refer to the fact that a lot of 50mm lenses have large maximum apertures in the range of f/2 and wider.

The larger the maximum aperture, the more light the lens can collect. The more light it can collect, the faster the shutter speed you can use, thus the term "fast lens."

That means that with large apertures, you can use your 50mm lens in low-light conditions and use a faster shutter speed than you can with a lens that only has a maximum aperture of f/4, for example.

It also means you can avoid using a higher ISO in low-light situations, which helps minimize digital noise. Again, that helps produce images that are of a higher quality. 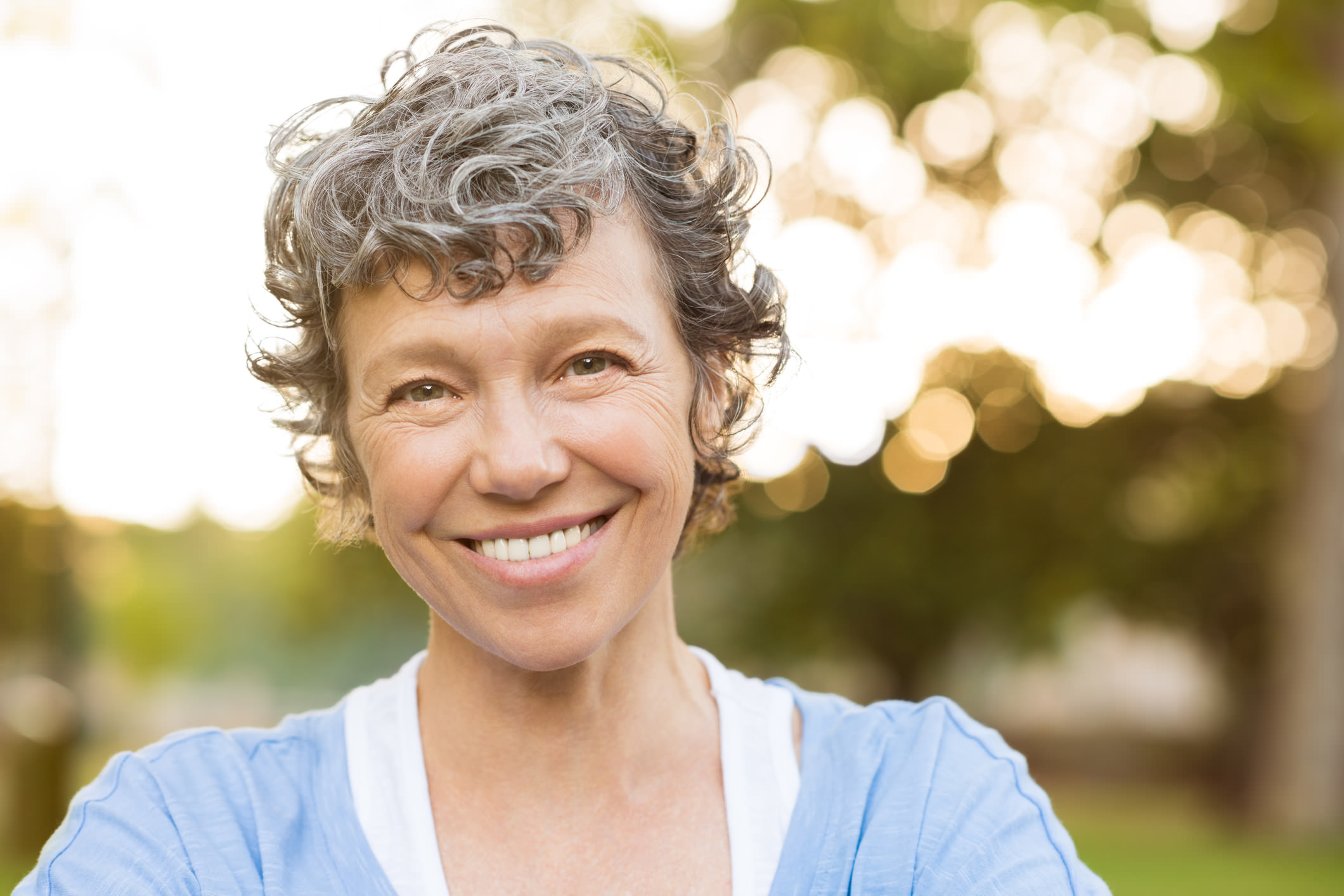 Since a 50mm lens is fixed (often referred to as prime), it has fewer moving parts and fewer lens elements through which light must pass.

That means that 50mm lenses produce images that are very sharp - even the more budget-friendly options. Notice how sharp the woman in the image above is (and how great the bokeh in the background is too).

This isn't to say that a 24-70mm lens produces poor image sharpness; it's just that the 50mm prime is better.

Better sharpness for less money...what's not to like about that?!

One of the features that's drawn people to 50mm lenses over the years is its sheer versatility.

If you shoot with a full frame camera body, a 50mm lens offers a standard field of view that's very pleasing to the eye. Landscapes, for example, have a more intimate feel at 50mm than at a wider angle, so you can feature smaller areas of a larger landscape in the shot.

You can even reverse-mount a 50mm lens onto your camera and use it for 1:1 macro photos of flowers, insects, and the like.

And because 50mm lenses are small and lightweight, they make excellent travel photography and day-to-day lenses. You can tackle a variety of subject matter with just one lens, and you can easily carry it around and maneuver it with your camera without feeling like you're lifting weights.

Check out these and other benefits of shooting with a 50mm lens in the video above by Photos In Color.

Let's take a look at a few excellent 50mm lenses to consider as your next lens purchase.

Not only is this lens highly affordable, but it has excellent optics common to many 50mm lenses that produce sharp results with beautiful bokeh.

Even at its largest f/1.8 aperture, this lens still produces surprising sharpness from corner to corner.

Though it's not as fast as its 50mm f/1.4 twin, it'll still give you plenty of low-light performance for portraits, landscapes, and everything in between. 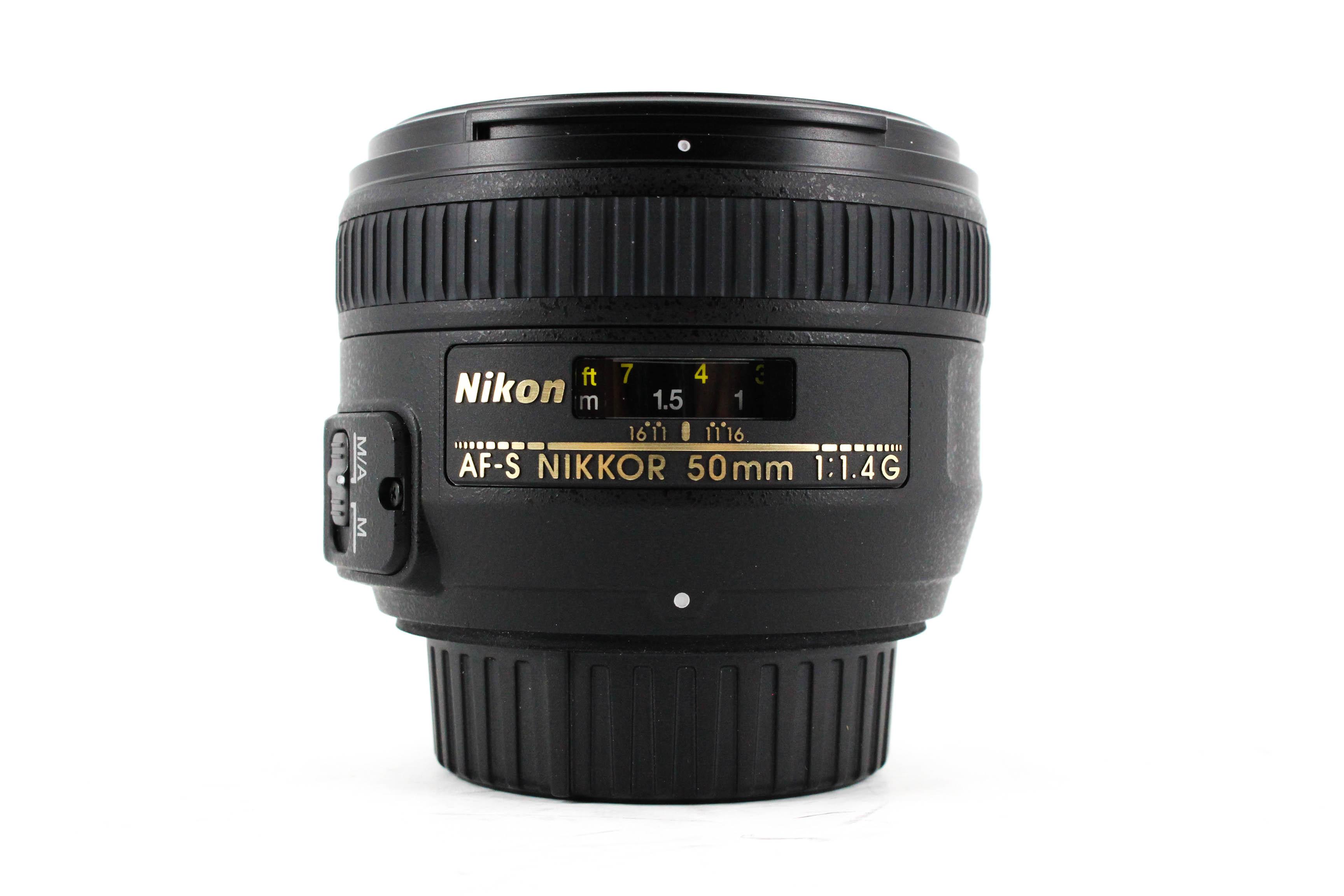 For a little more money, you can upgrade to Nikon's AF-S 50mm f/1.4G and reap the benefits of a larger aperture.

Even though it's just two-thirds of an additional stop, you can work more effectively in low-light conditions than you can with the f/1.4 discussed above.

Plus, the f/1.4G is a slightly better build quality with more robust construction. Fortunately, that doesn't add a ton of weight - the lens is still small and light.

And, like the f/1.8G, the f/1.4G produces exceptional sharpness throughout its aperture range, even when shooting at the maximum f/1.4 aperture. However, maximum sharpness is found in the f/8 to f/11 area.

This lens (and the f/1.8G for that matter) are compatible with full frame and crop sensor Nikon cameras, which only increases their versatility. 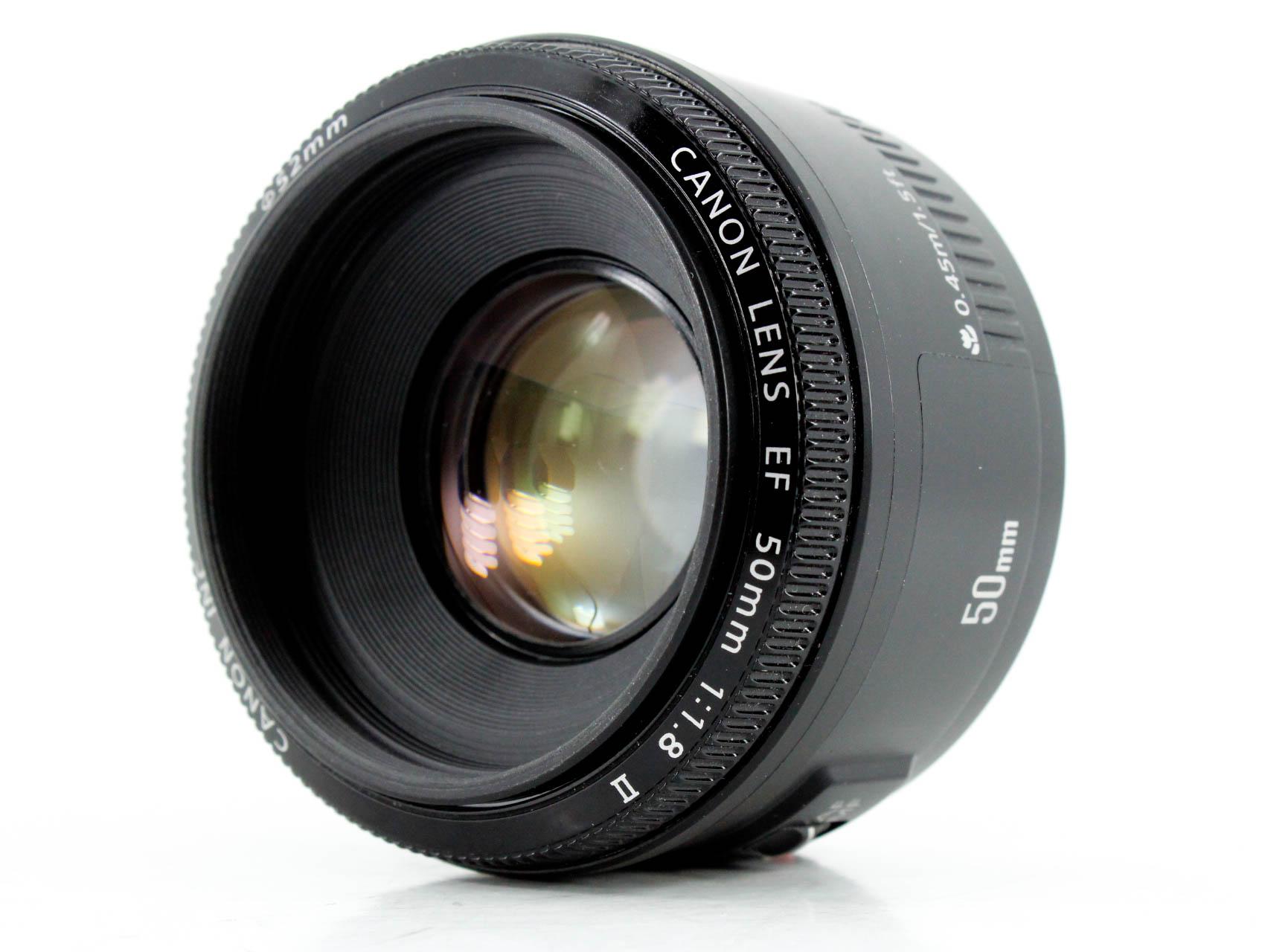 Canon shooters on a budget need to look no further than the EF 50mm f/1.8 II.

This is among the least expensive lenses on this list, yet doesn't sacrifice too much in terms of performance.

Though it doesn't feel as well built as its Nikon counterpart, this lens still produces good sharpness and contrast, though at f/1.8 that performance is not as good as the Nikon.

Nevertheless, it's small, lightweight, and versatile, just like any 50mm lens, and represents an excellent buy, especially for beginner photographers that want to step up from their kit lens. 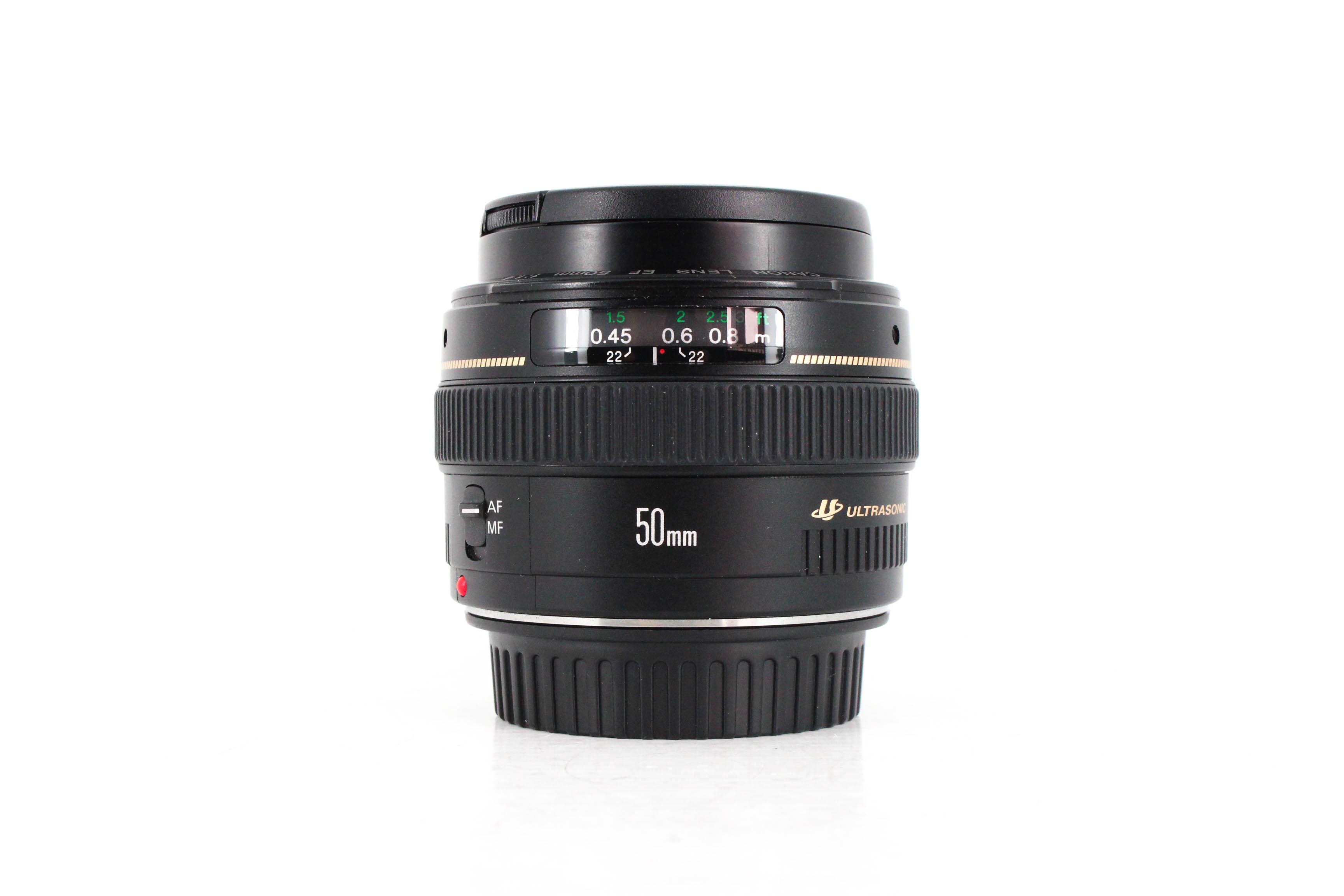 Like the Nikon, this lens offers improved low-light performance over its f/1.8 counterpart.

If you intend to shoot in low-light situations and need a faster shutter speed or lower ISO, this lens is an excellent choice.

Furthermore, where the Canon f/1.8 lens has a five blade aperture, the f/1.4 USM has an eight-blade aperture for better-looking bokeh. It also has a focus distance scale to assist you in getting the focus just right.

With reduced flare and ghosting compared to the f/1.8 lens, this is a great option if you want improved image quality as well. 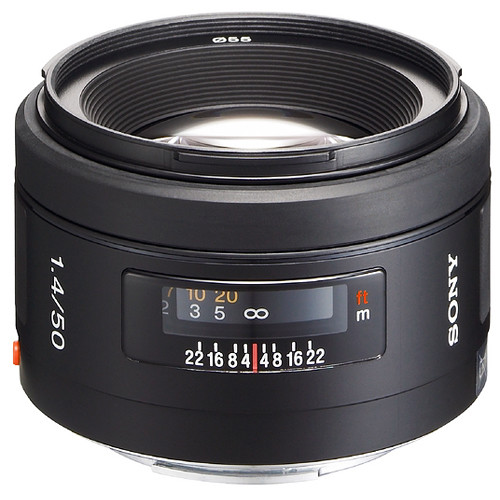 When thinking about a 50mm lens for a Sony A-mount camera, the f/1.4A is a very solid choice.

Not only is this lens fast with a maximum aperture of f/1.4, but it has a minimum aperture of f/22 as well. That makes it a versatile lens for shooting portraits at the wide end and landscapes at the narrow end.

What's more, Sony has a solid reputation for making lenses that produce, clear, sharp results throughout the aperture range.

Use this lens indoors in dim lighting, and then take it outdoors in bright sunlight. No matter the conditions, it will perform well for you.

Better still, this lens is extremely small and lightweight - weighing even less than the comparable Sony f/1.8 lens. It's also compatible with full frame and crop sensor cameras. 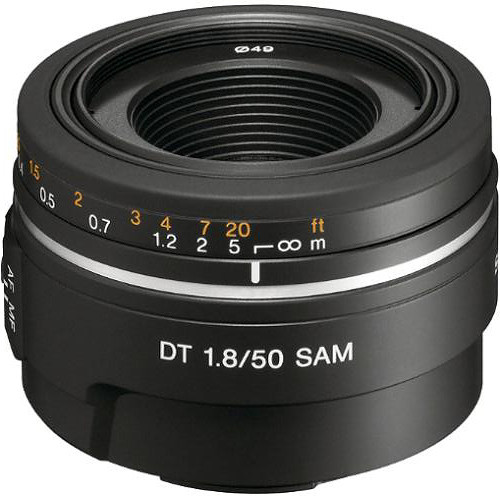 If you don't have the budget to opt for the Sony f/1.4 lens, this f/1.8 lens is a great secondary option.

Not only is it more affordable, but this lens is built just for APS-C cameras. That means that if you have a crop sensor camera, you get optics that are specially designed for your sensor.

What's more, the body is small and lightweight like any other 50mm lens, but that's due in part to less robust construction than higher-end 50mm lenses.

That doesn't mean, however, that this lens isn't still sharp.

In fact, this lens is sharper than the Sony f/1.4 lens previously discussed, making it an even better value for the dollar. 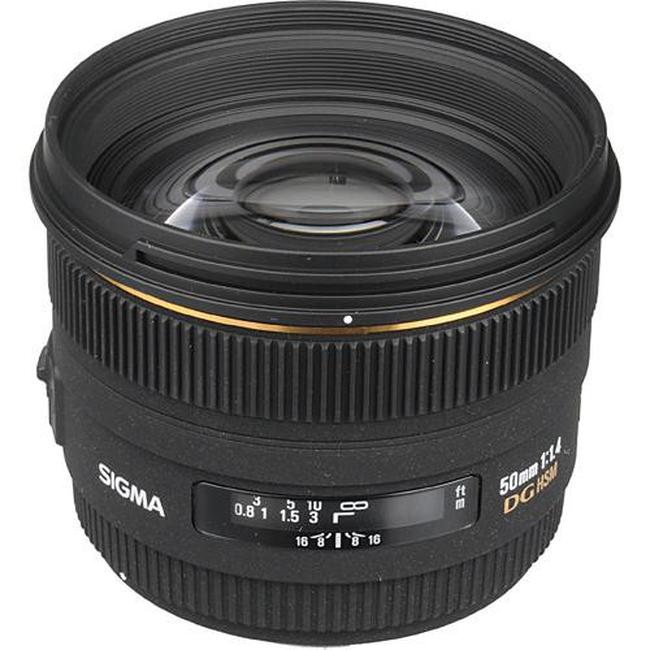 It wasn't that long ago that Sigma lenses weren't looked down upon.

Though their 50mm f/1.4 EX DG HSM lens is bigger and heavier than other options on this list, it's still an easy-to-use piece of glass that comes in Nikon fit and Canon fit too.

Its autofocus system is quiet, fast, and accurate, with a focus ring that's precise and positioned well for ease of use.

This lens isn't weather-sealed, which can be a problem if you intend to use it in tough weather conditions.

However, the build quality is excellent and feels durable. Add in good sharpness and detail, and you have a great 50mm lens. 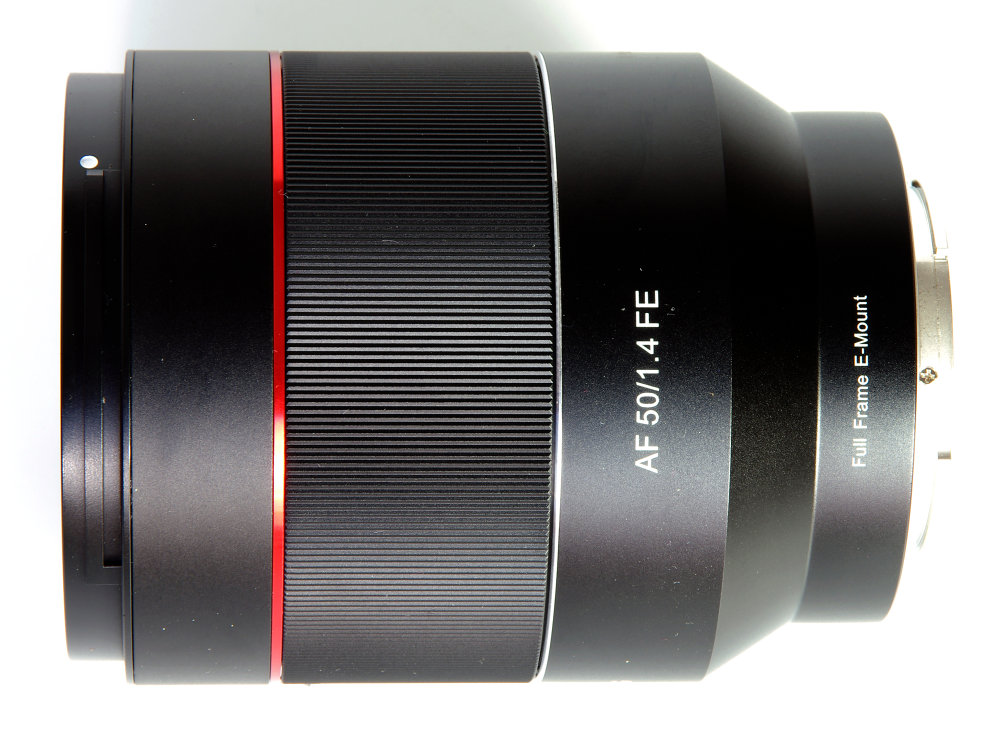 The AF 50mm f/1.4 has great sharpness that's on par with many of the name-brand lenses discussed above.

Barrel distortion is a bit of a problem, but by and large, you'll get sharp, clear images with buttery smooth bokeh when shooting with this lens.

When it comes down to it, any of the lenses on this list represent a good buy in the 50mm focal length. It's a simple matter of considering your options, finding a lens that works with your camera system, and, of course, finding a good deal on it too.