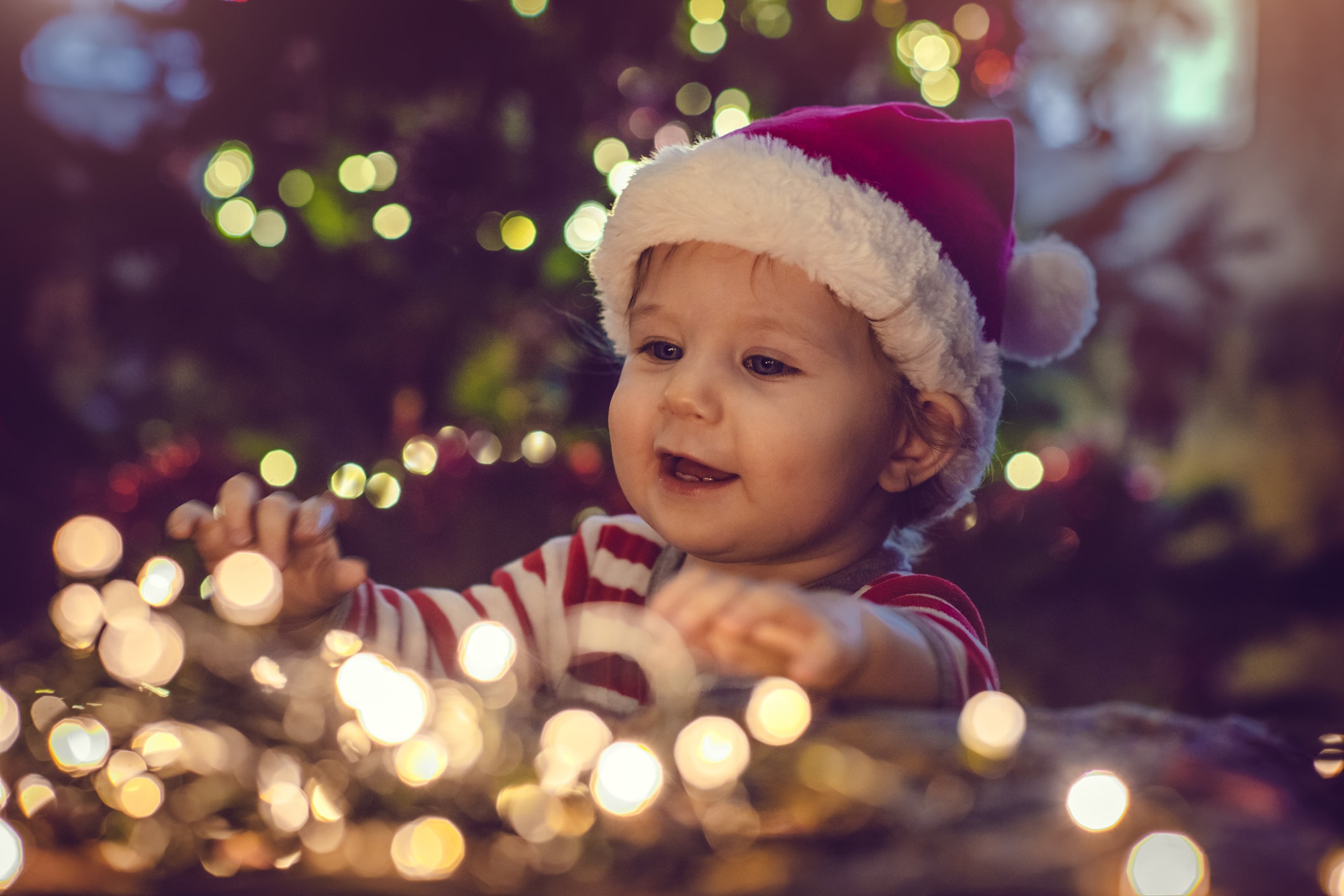 Christmas morning is nearly here, and that means that you have precious little time to get your videography game on.

But creating beautiful videos of your loved ones opening gifts and enjoying the holiday needn't be overly difficult.

In fact, you can make incredible Christmas videos with nothing more than your smartphone!

Here's a few tips that will help you learn how to create Christmas videos that you can cherish for a lifetime. 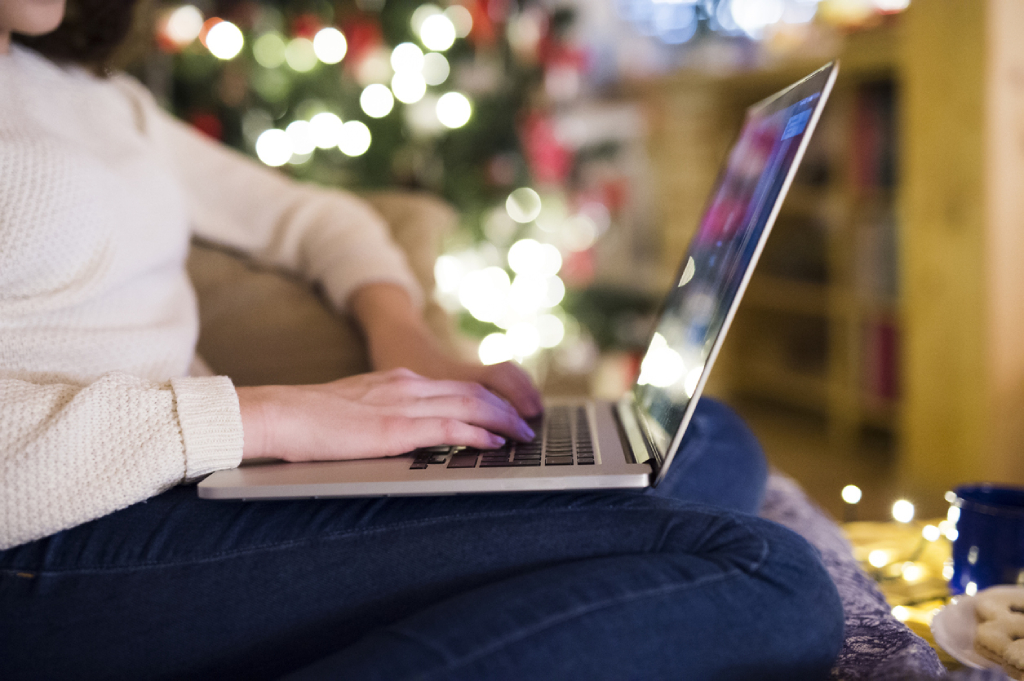 For years, I used iMovie to create short videos of the milestones in my son's life.

The problem with that is twofold: first, iMovie isn't all that powerful of an editor, and second, it's hard to use.

Not only did I find iMovie to be completely not user-friendly, but I found it annoying that I had to download my videos and photos to my Mac so I could use iMovie in the first place.

A few months ago, I came across a new kind of editor that alleviates the issues I had with iMovie. That editor is Kizoa.

When you use Kizoa, the first thing that strikes you is how easy it is to use.

Even if you have zero video editing experience, you can easily find your way around Kizoa's well-designed interface.

The tools and controls available to you are intuitively arranged, so it's easy to find what you need to make your edits. That's saying something too because Kizoa is absolutely jam-packed with editing tools.

You can add music, crop images, insert transitions, overlay texts, and even make use of pre-made templates to really get the ball rolling.

Aiding in that ease of use is Kizoa's handy iOS app.

Since many of us record videos with our phones in the first place, having a powerful video editing app on our phones makes creating awesome videos that much easier. Better still, the app is free!

Speaking of pricing, that's yet another strong suit of Kizoa.

Their premium plans start at $29.99, which is a one-time fee - no recurring monthly charges to worry about!

Instead, you get access to a top-notch video editor for the rest of your life for just a few bucks.

If that's not a great way to get your Christmas video-making going, I don't know what is!

Vary the Footage You Shoot 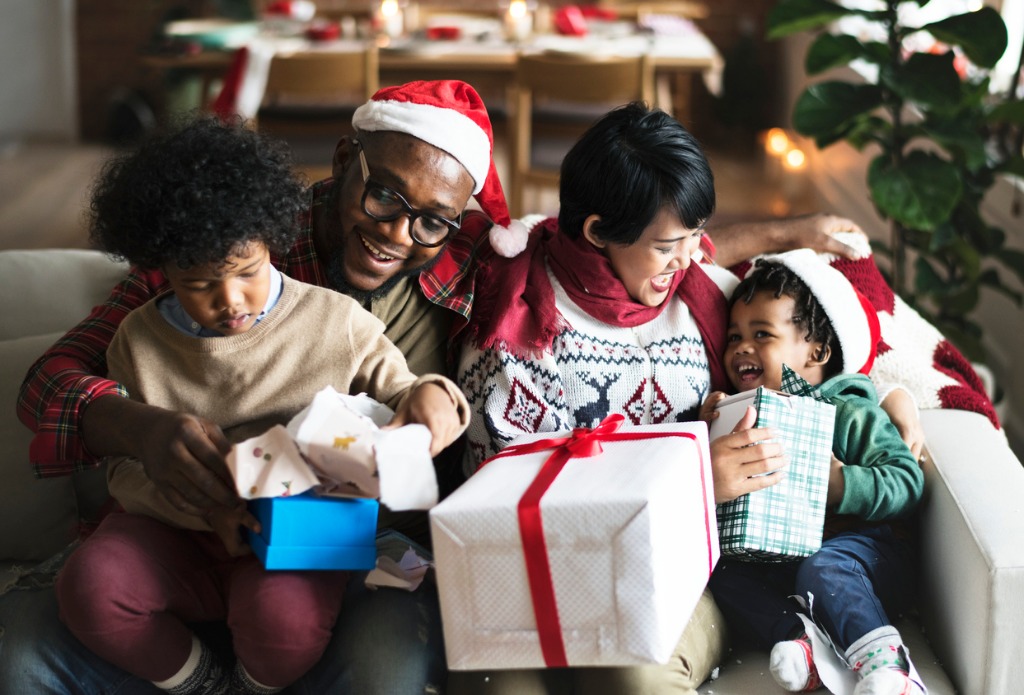 When thinking about the composition of your Christmas morning videos, you want to try to vary the footage you shoot as much as possible.

That is, don't just sit in the same spot and record your kids opening their gifts from the same perspective all morning.

Instead, get up, move around, shoot footage from ground-level, from above, and even from behind your loved ones as they spend time together Christmas morning.

At the same time, you don't need to record every single moment of every single gift being opened. Stretch your recording out over the entire morning so that you have footage from the first moments the kids wake up until everyone is stuffed after Christmas Day supper.

Get an Early Start 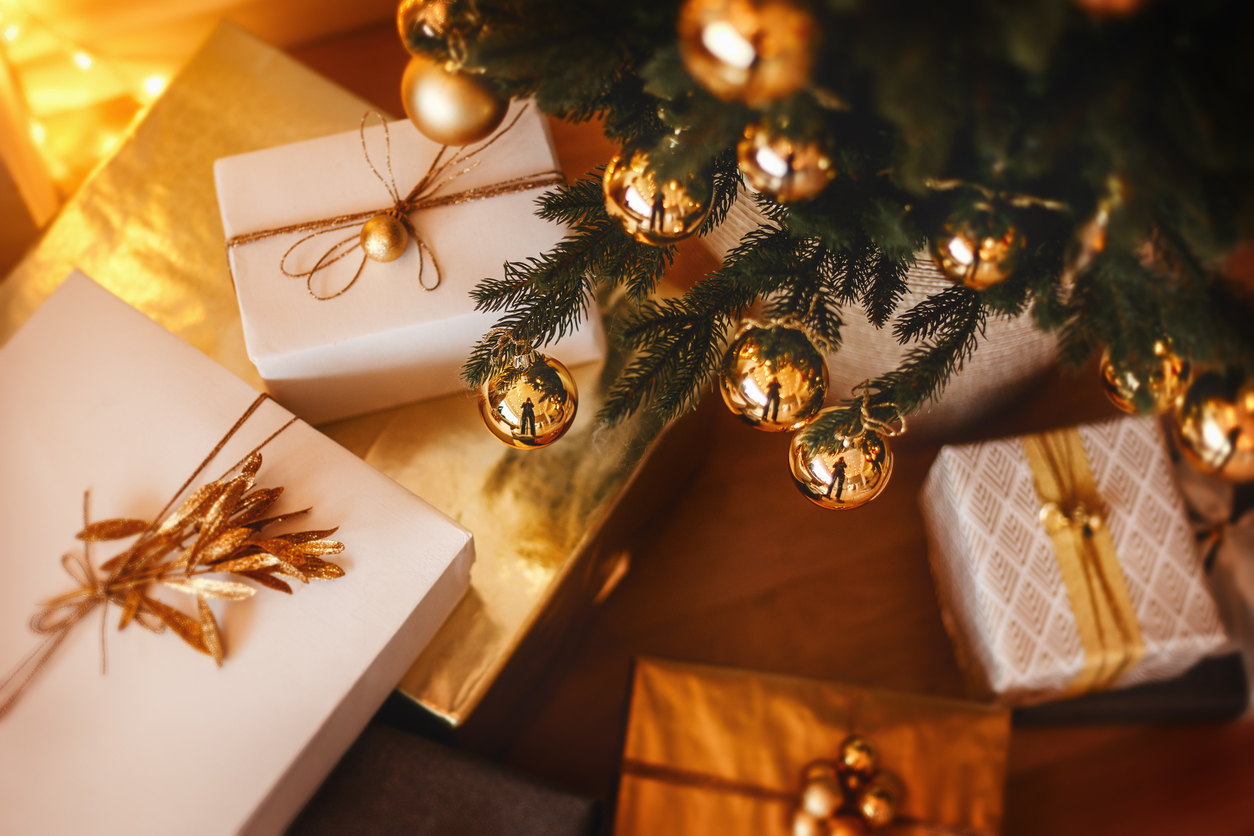 One of the elements that makes professional videos feel so robust is what's called B-roll.

By having this kind of footage, you can intertwine it with the primary footage you shoot, which not only adds to the visual appeal of the video (it helps you achieve the goal of varying your footage, as discussed above), but it also helps you create a much stronger story in the video. 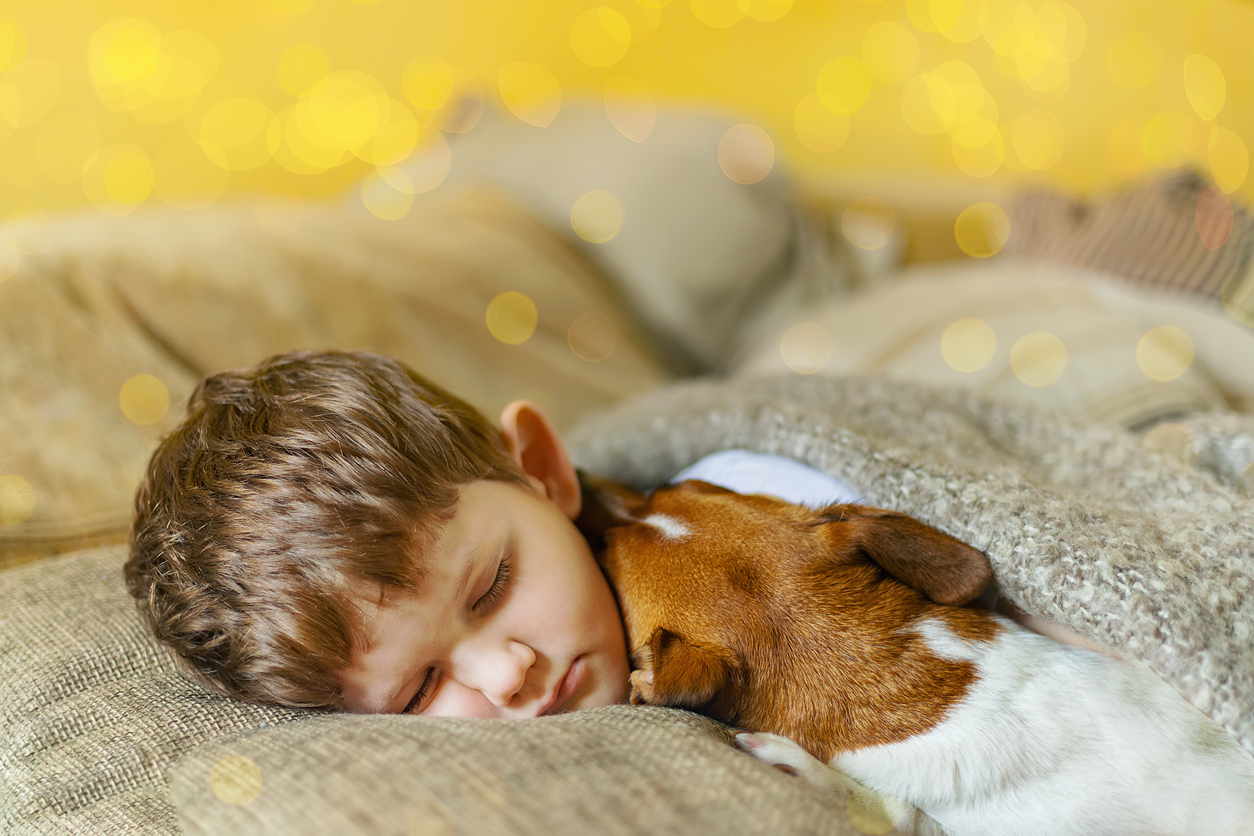 By getting an early start and filming B-roll ahead of time, you'll have all the "filler" you need to create wonderful Christmas videos.

Resist the Urge to Narrate 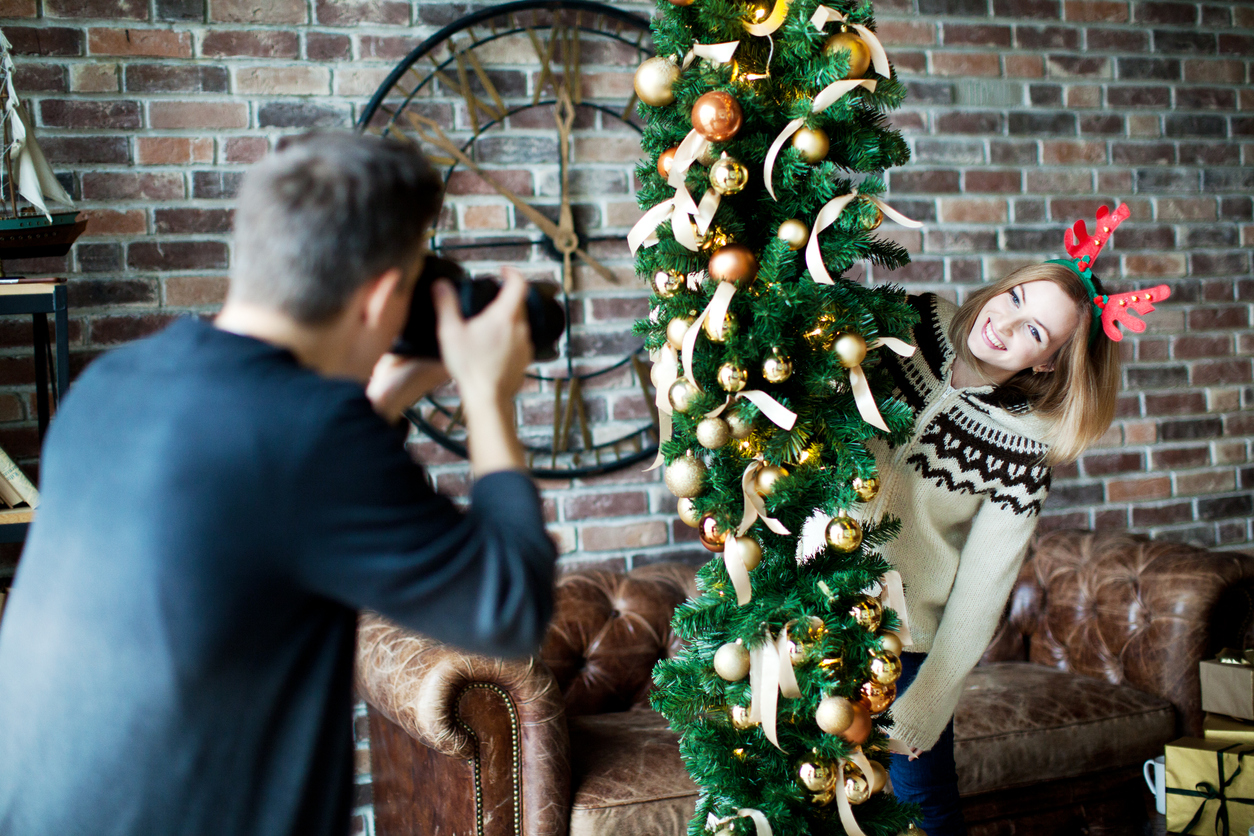 One of the biggest mistakes that people make when filming Christmas Day festivities is narrating every single thing that happens.

The people that you're going to share your video with likely already know who's there and what they're doing, so you don't need to tell them that Grandpa Joe is opening his gift - they can see that in the video!

Instead of giving a play-by-play, strive to ask people questions as you film them.

For example, asking your kid, "What do you think this gift is?" will elicit a much better response than simply saying, "Billy is opening this gift from dad."

The whole point here is to make a video the captures the essence of the holiday - the love, the cheer, and so on - and by resisting the urge to narrate, you'll be more likely to do just that.