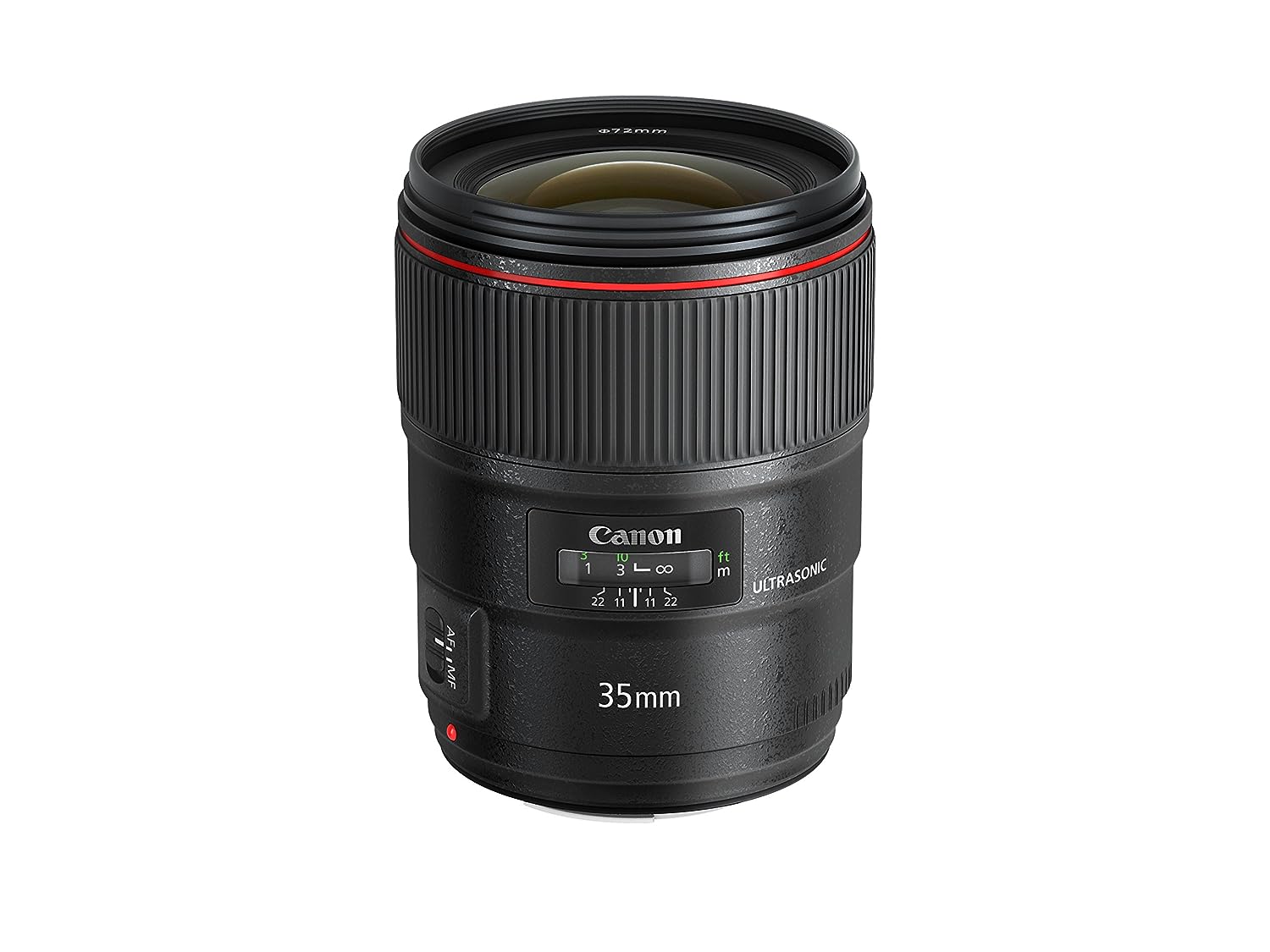 Canon took their time updating their 35mm f/1.4 prime, but when they introduced a new version in 2015, they did so with style. The Canon EF 35mm f/1.4L II USM is the manufacturer's first lens to include Blue Spectrum Refractive optics, which simply put is stuff sandwiched between pieces of glass to reduce chromatic aberration. And it works pretty well--along with having minimal aberration, the lens is also very sharp. The f/1.4 super wide aperture is also a nice feature, enough to be considered an art lens with extreme depth-of-field capabilities. While the lens is far from being considered a macro option, it does have a pretty close focusing distance compared to similar options, allowing for a 0.2x magnification.

While the lens receives high marks nearly across the board, there is some noticeable vignetting at the widest apertures--DxOMark rated the vignetting at a -2.3 EV stops. Vignetting is fairly easy to correct in post, but it's certainly worth noting. While the lens offers excellent image quality, the price is quite high for a prime lens. The biggest benefit of using a prime lens is the boost in image quality and wider apertures, but the second is price. At nearly $2,000, that certainly isn't the case here. Still, for professionals and serious hobbyists that need the absolute best image quality and widest apertures possible at 35mm, this lens should be a top consideration.