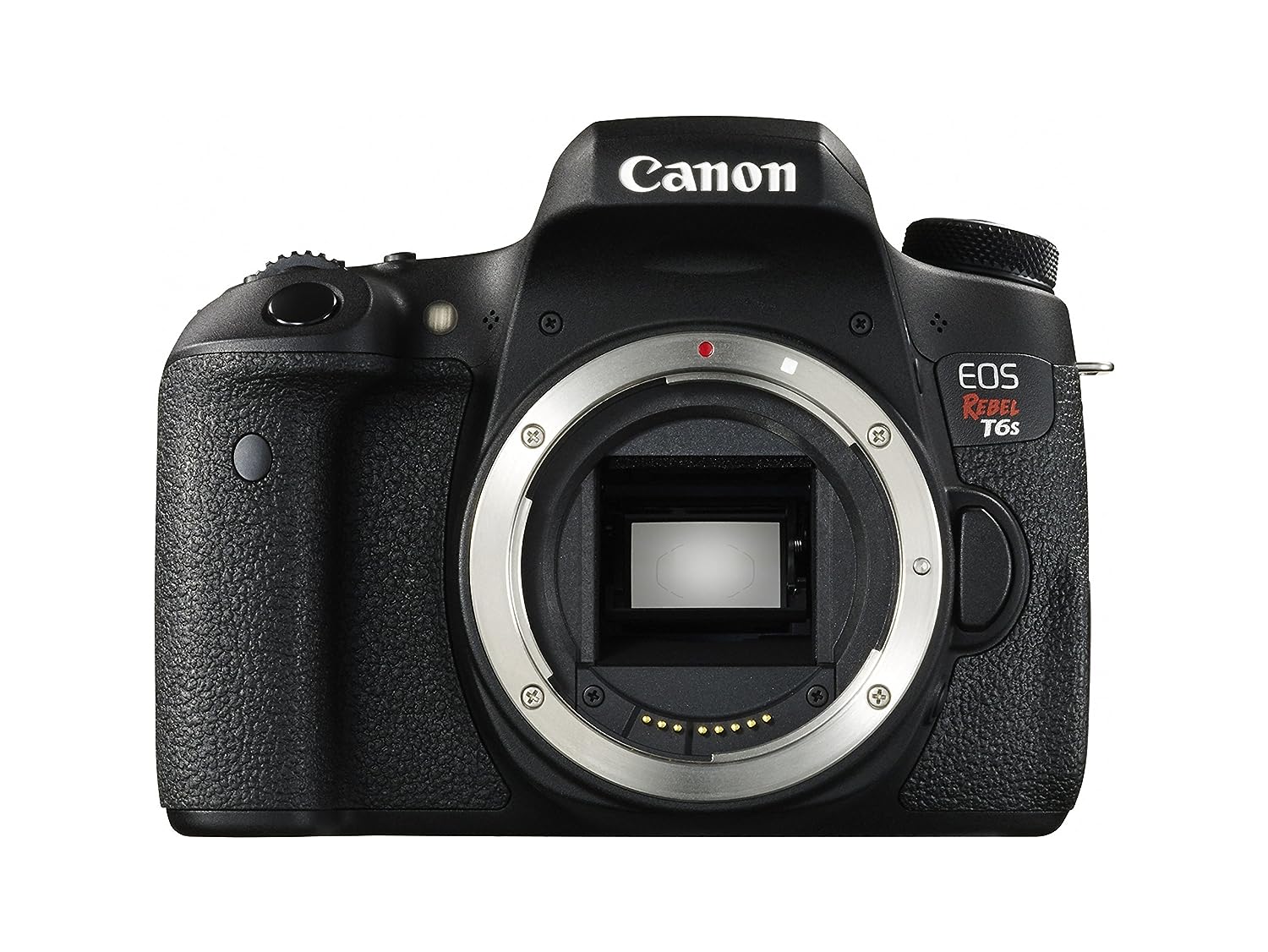 Enthusiasts looking for the most design features for the price

But where the Canon T6s offers more design features, the camera scored considerably lower than the competition in terms of image quality. In the DXOMark tests, the T6s has an overall score of 70, falling behind the most in noise reduction at high ISOs. The similarly priced Nikon D5500, meanwhile, scored a much higher 84. Part of that is likely due to the fact that Canon still includes an optical low pass filter, where most Nikon DSLRs don't, trading a higher risk of moire for more detail and low light capability. Like other Canon DSLRs, the T6s is power-hungry with a 550 shot battery life that's lower than most other cameras in the category.

In terms of the competition, the Canon T6s feels like a blend between the Nikon D5500 and D7200, at least design-wise anyways, since it has both a tilting screen and a secondary top screen as well as dual control wheels. The Nikon D5500 scores much higher on image quality tests, and also offers 60 fps video, more autofocus points and nearly twice the battery life--but without the secondary screen or dual control wheels. The D7200 has both features as well as even more autofocus points, higher sensor test scores and a larger capacity battery, but without that tilting LCD screen and at a higher price point. The Canon EOS T6s is a well-designed camera, but consumers should be aware of the lower image quality ranking compared to similarly priced DSLRs.