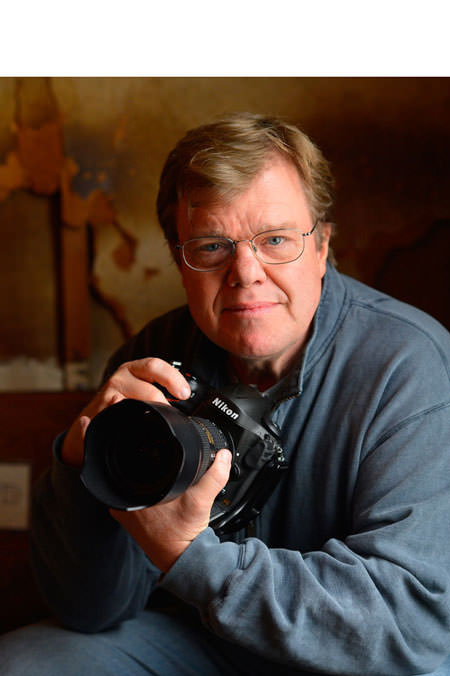 Joe McNally is an internationally acclaimed photographer whose career has spanned 30 years and included assignments in over 50 countries.

He has been at various times in his career a contract photographer for Sports Illustrated, a staff photographer at LIFE, and, currently, an ongoing 25-year contributor to the National Geographic, shooting numerous cover stories for those publications. His advertising and commercial clients include FedEx, Sony, Nikon, Land’s End, General Electric, MetLife, Adidas, American Ballet Theater, Epson, and the Wildlife Conservation Society. Whether he is capturing individuals or large-scale assignments, McNally’s photographs inform the viewer with their artistry and compassion, telling us stories elicited by his great communicative skills and captured through his lens.

Joe was listed by American Photo as one of the 100 Most Important People in Photography and described by the magazine as “perhaps the most versatile photojournalist working today”. He has been honored as a member of Kodak-PDN Legends Online, as well as being a Nikon Legend Behind the Lens.

In 2010, he was voted as one of the 30 most influential photographers of the decade in an industry wide Photo District News survey. McNally won the first Alfred Eisenstaedt Award for Journalist Impact for a LIFE coverage titled, “The Panorama of War.” He has also been honored numerous times by Communication Arts, PDN, Graphis, American Photo, POY, and The World Press Photo Foundation. His fine art work is represented by the Monroe Gallery of Santa Fe, and his prints are in numerous collections, most significantly the National Portrait Gallery of the United States.

Two of McNally’s books, The Moment It Clicks and The Hot Shoe Diaries, both cracked Amazon’s top ten lists of best sellers. Other books include Guide to Digital Photography, and Sketching Light. In addition to these books, McNally’s work is also featured in several 9/11 books, Faces of Ground Zero – Giant Polaroid Collection; One Nation; The American Spirit; and One Nation – America Remembers September 11, 2001, Ten Years Later. In addition to books, Joe has his own instructional DVD, The Language of Light.

McNally is known internationally for his ability to produce technically and logistically complex assignments with expert use of color and light. As part of his teaching activities, he conducts numerous workshops around the world. McNally continues to hold wide acclaim for his international workshops and seminars. Besides many U.S. venues, including those in New Mexico and Hawaii, Joe teaches in locations that include Dubai, Malaysia, Mexico, Hong Kong, Italy, Denmark, Norway, Finland, Iceland, Sweden, Amsterdam, Germany, Switzerland, Austria, Slovenia, St. Lucia, Philippines, Australia, Canada, Saudi Arabia, Nigeria, and South Africa.