Can You Tell an AI-Generated Person From a Stock Photo? 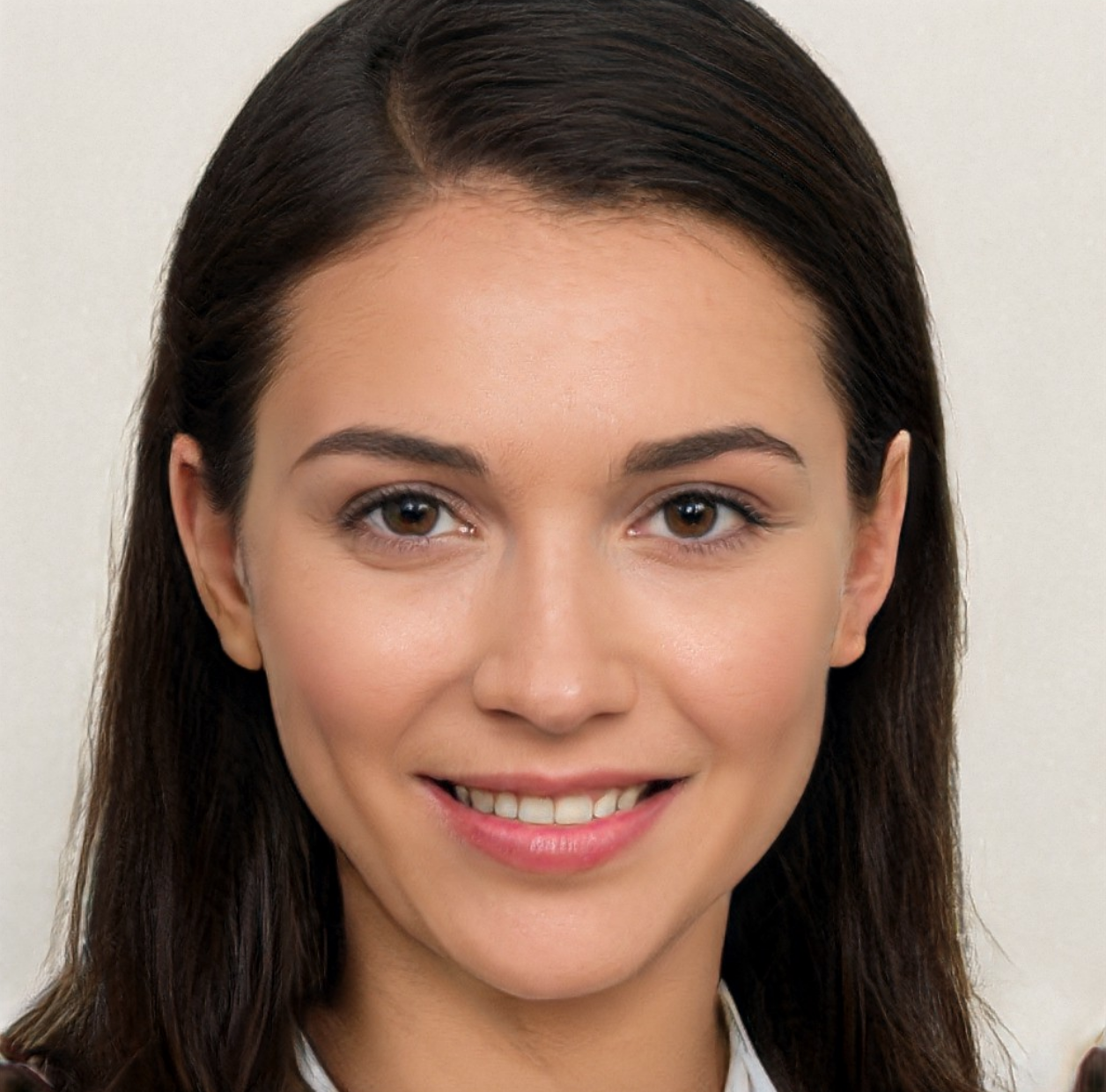 Generated.Photos, the company behind a database of 100,000 AI-generated faces, is hoping you can't.

In fact, they're betting on it.

The Generated.Photos website claims "copyrights, distribution rights, and infringement claims will soon be things of the past."'

As marketing for their upcoming paid platform, or possibly as a move of goodwill to the AI-adjacent community, all 100,000 of the company's AI-generated faces are now free to use, with attribution, in whatever way you want to use them.

It's definitely cheaper than a stock photo and has fewer restrictions.

But, the company's entire model is riding on whether companies feel comfortable enough using AI-generation for their marketing, and whether the AI-technology is far enough along to produce realistic people. 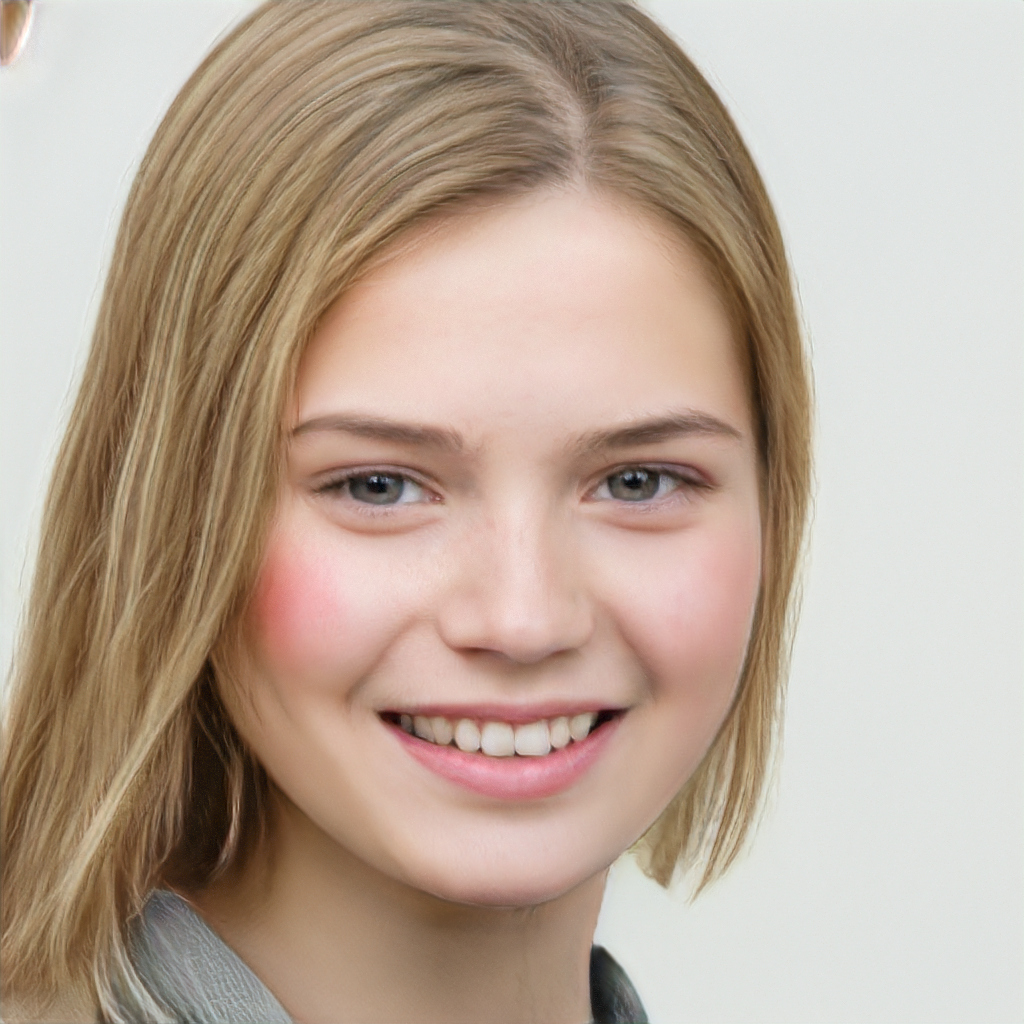 At first glance, most of these AI-generated faces look realistic enough (especially when placed next to each other, which might be an odd twist on the "cheerleader effect" or the belief that people are more attractive when they're in a group). 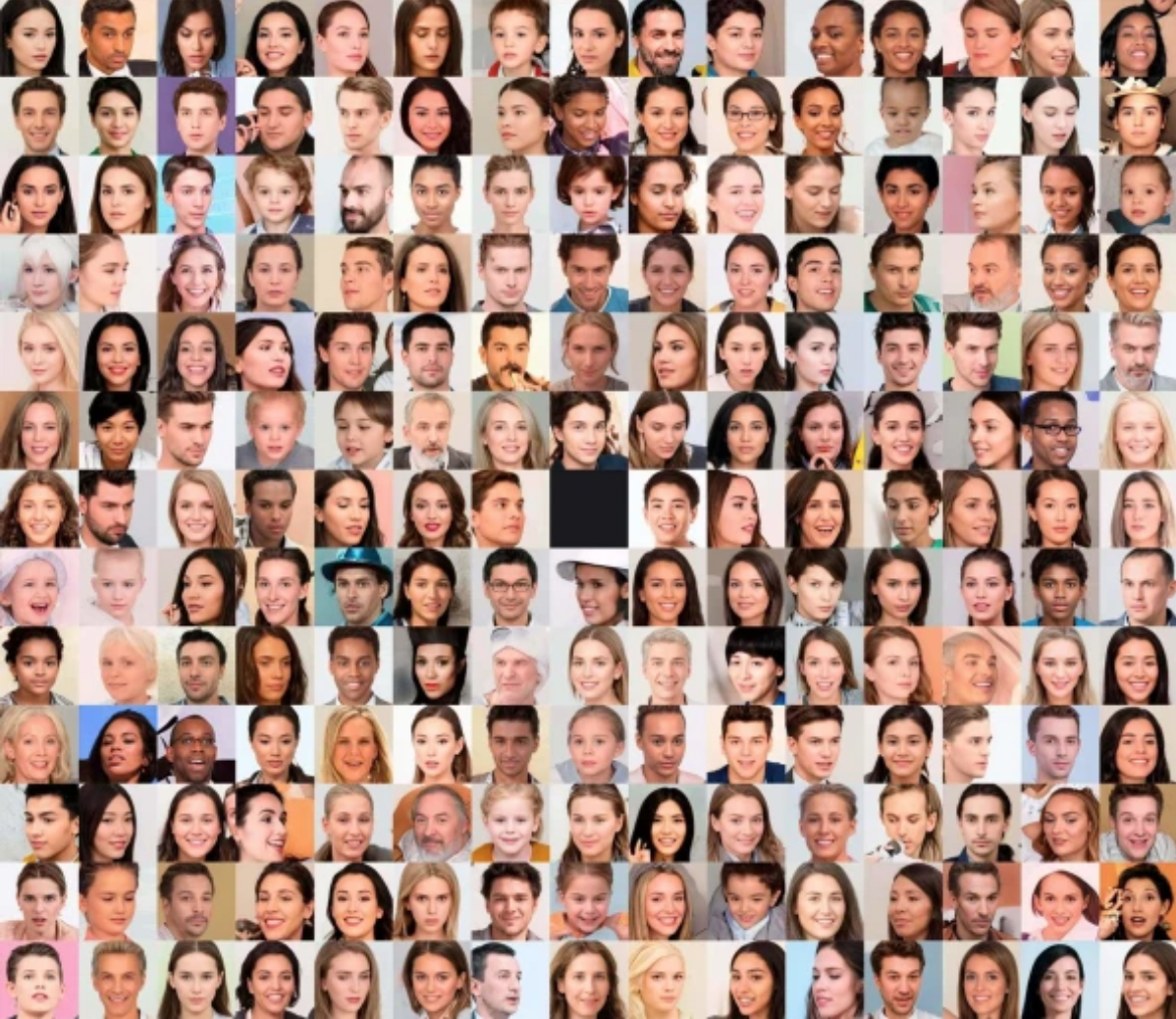 But, break them down individually, and all of these faces have tell-tale signs of imperfection that could only be created with a computer.

How to Tell Stock Models From AI-Generated People 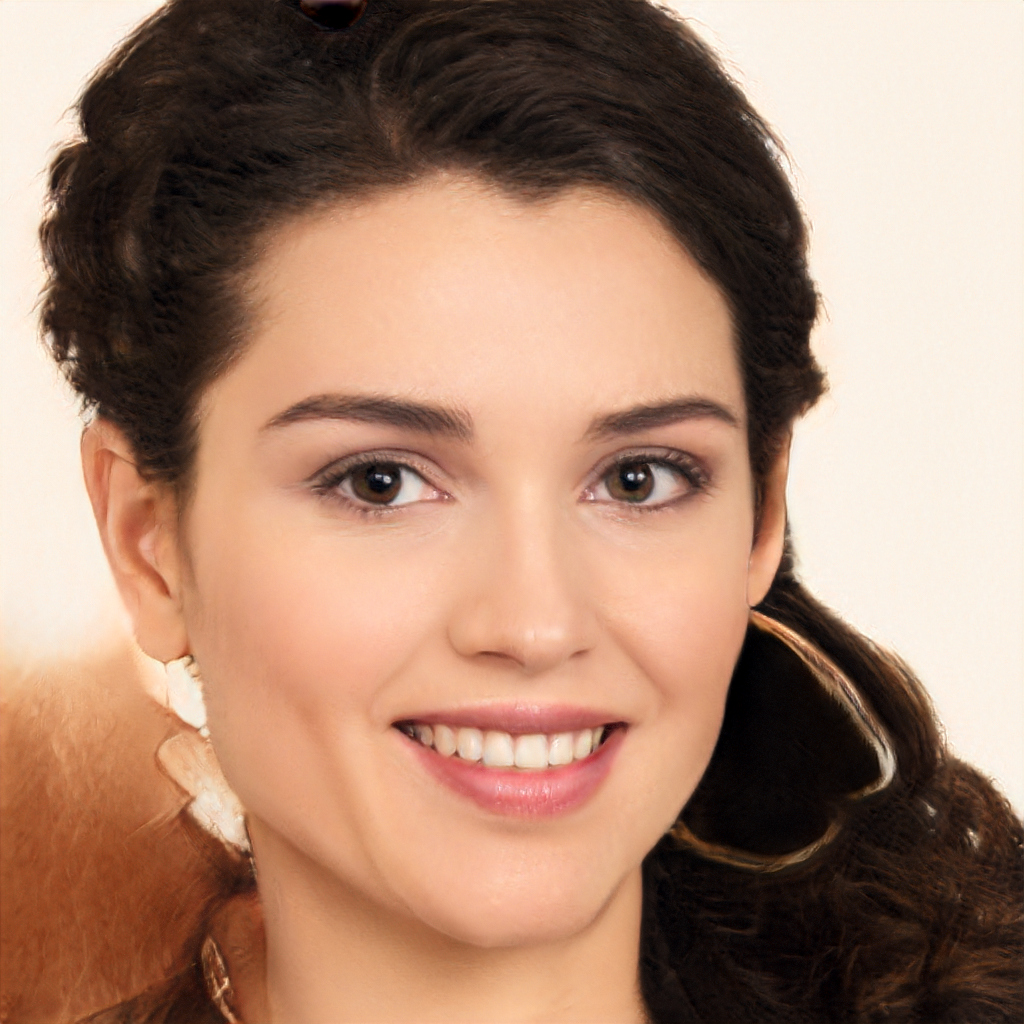 The easiest giveaway that a face is AI-generated is the hair.

For some reason, computers haven't figured out how to create hair that looks realistic. AI-generated hair will either look way, way too straight or will bleed into the background. The above photo shows both. 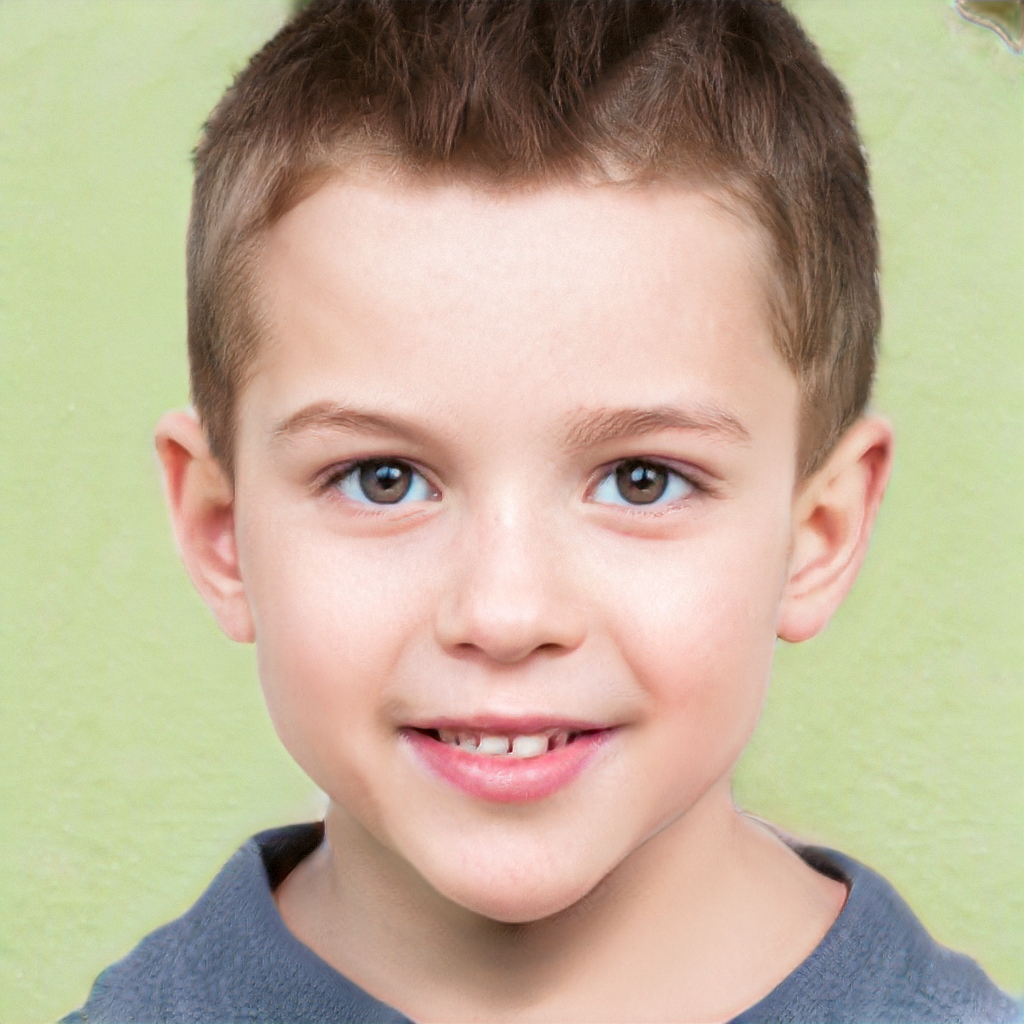 But, as AI-generated people become better and better, it may be easier to learn how to spot a real photo, as opposed to an AI-generated one, because these tells will become obsolete sooner rather than later.

The History of AI-Generated People

All of today's best AI-generated people are created through the use of a General Adversarial Network, or GAN. GANs are basically 2 neural networks that train each other on an ongoing basis.

So, one neural network creates a fake face and the other network guesses whether it is real or not. When the second network guesses correctly, the first network knows it did something wrong and can start over.

This technique was founded by NVIDIA, something I covered in this article on the world's first truly realistic AI faces. It was created back in 2014, when AI-generated people looked more like something out of a horror movie than a stock model.

Between 2014 and 2019 a variety of engineers have worked to perfect AI-generated faces.

Deepfakes, a website allowing users to train an algorithm to create fake videos, hit the market in 2018.

Take, for example, this deep fake video where Nicolas Cage is superimposed into different movies he was never in.

This Person Does Not Exist, another website specializing in AI-generated models dropped earlier this year.

This Person Does Not Exist consists of a new AI-generated face every time you refresh the page, each one of them created using a GAN.

This leads us to Generated.Photos, essentially a stock photo website of AI-generated people.

While it isn't currently a  searchable database, that is the company's end goal. 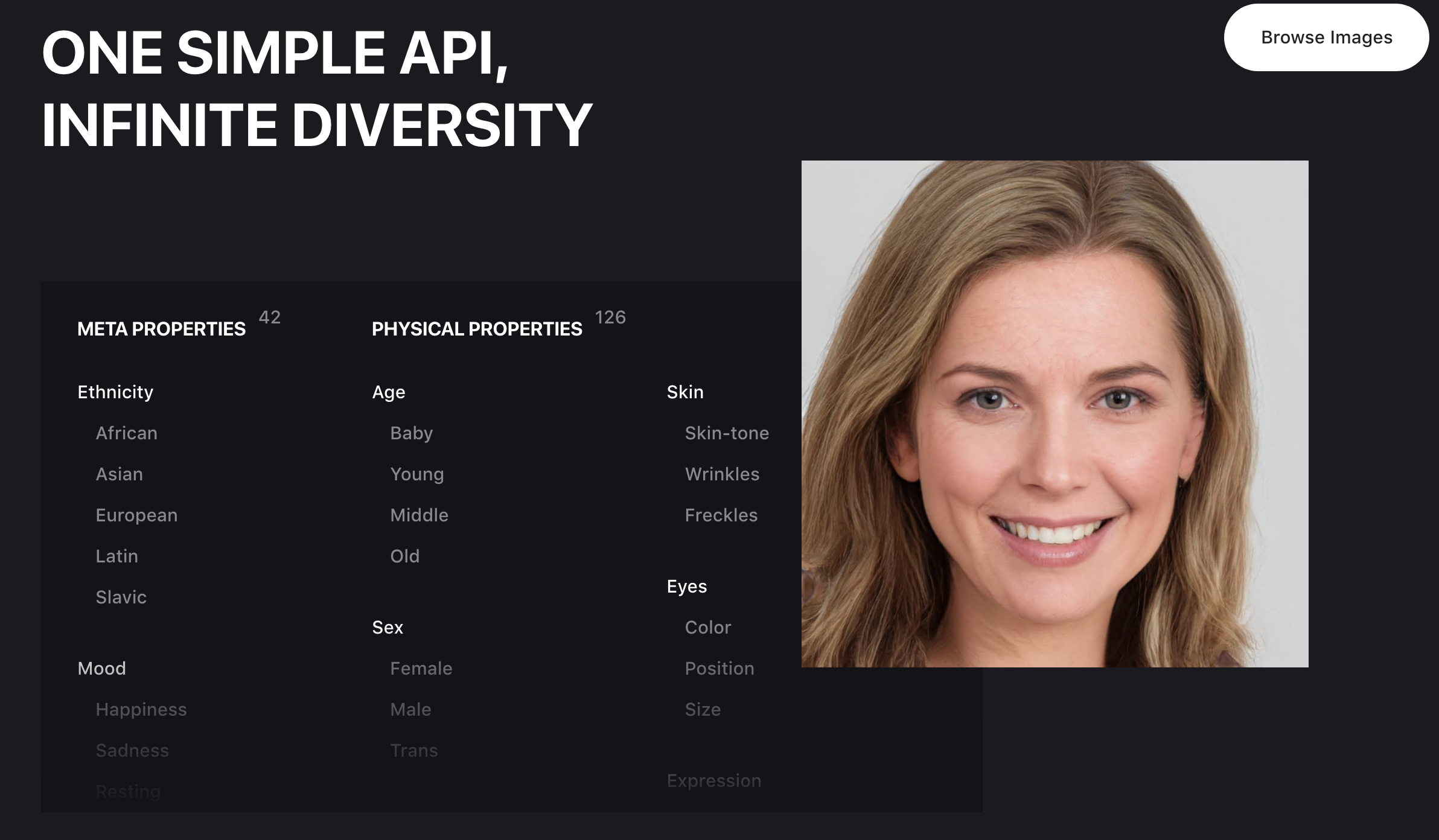 While the legality of AI-generated people used for marketing is almost entirely unexplored, diversity in fake faces isn't.

Generated.Photos is supposedly already getting heat for not serving up enough diversity in its AI-generated humans. The FAQ on the Generated.Photos website specifically states it was a challenge to find diverse models to photograph in studio to use for their AI-algorithm.

Think You're Ready to Test Your Skills? 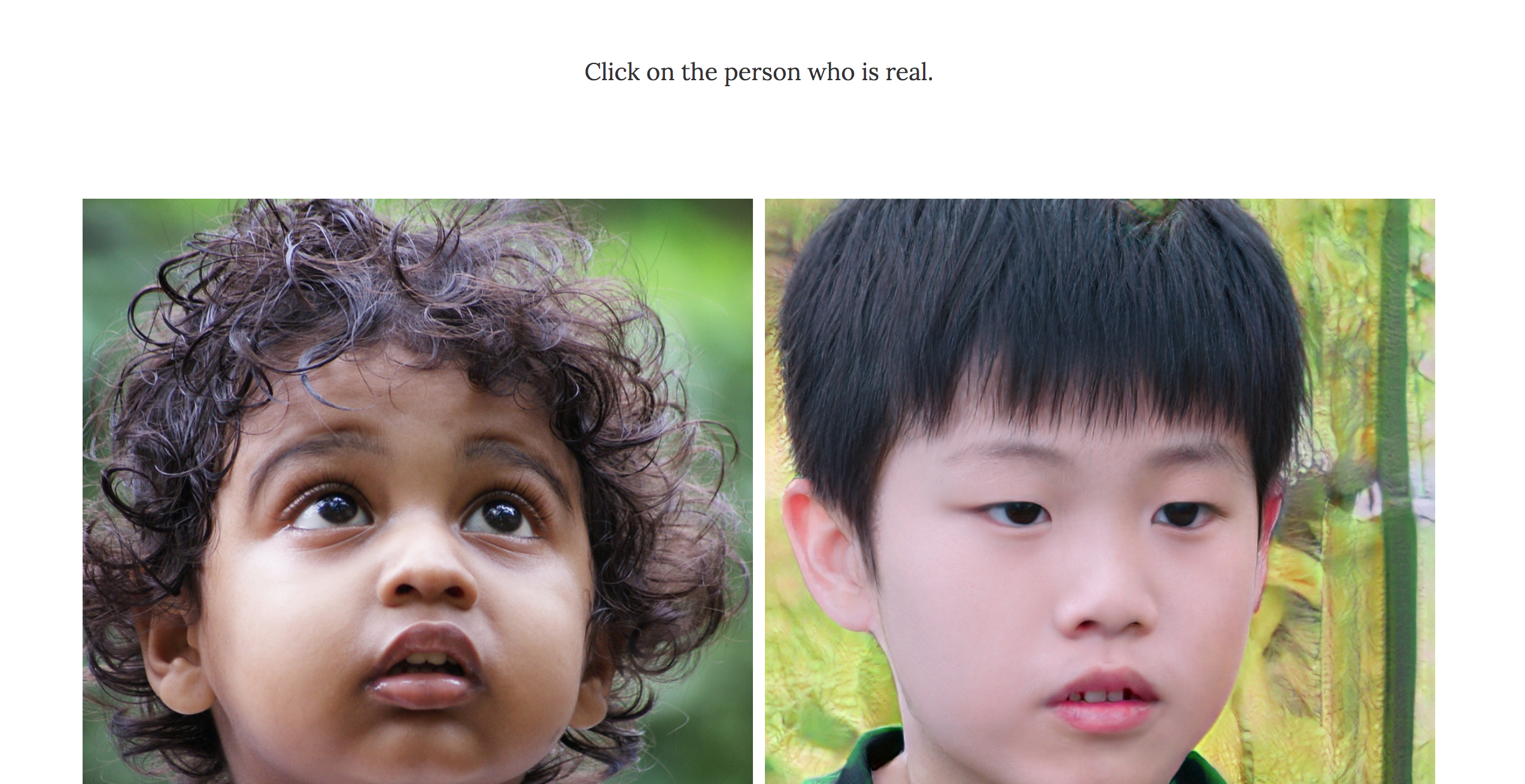 Head on over to WhichFaceIsReal.com to test your abilities.