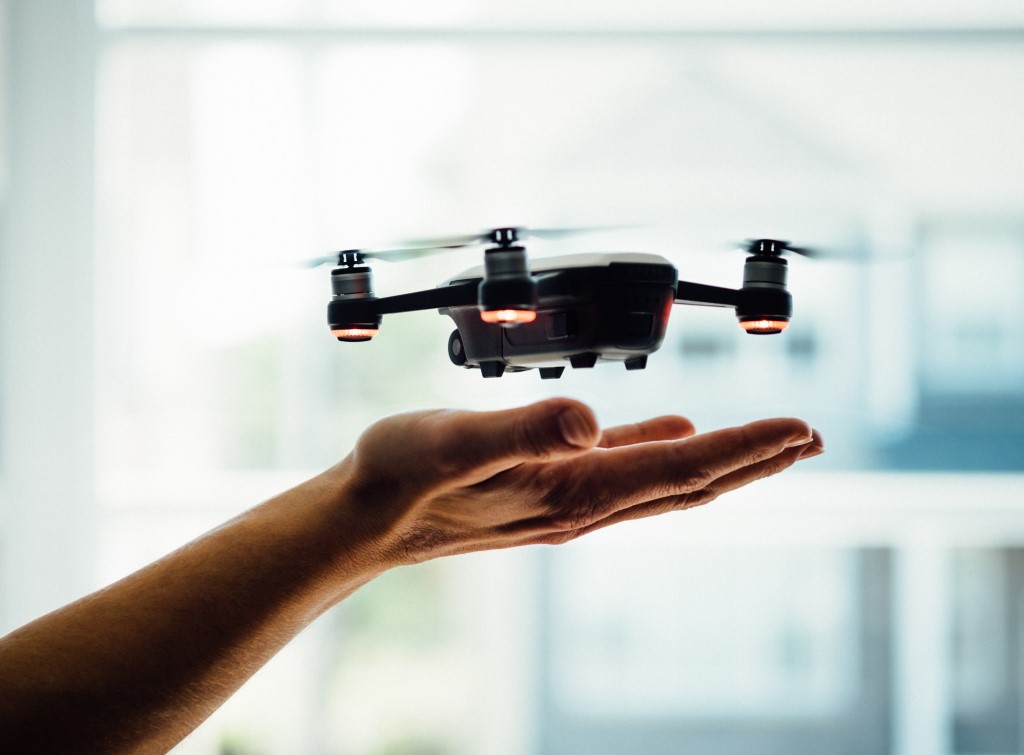 Photo by Dose Media on Unsplash

You’ve unpacked your new drone and now you’re chomping at the bit to get it up in the air, to get your drone flying. Assemble the blades, charge the battery, install the app, you’re ready to go… But wait! There’s more!

For first-time users to learn how to fly a drone, attending a drone flying school may be a good idea. You can get the education you need either by video courses or by taking in as many drone photography tips from experienced users as you can find that are relevant to you and your drone. 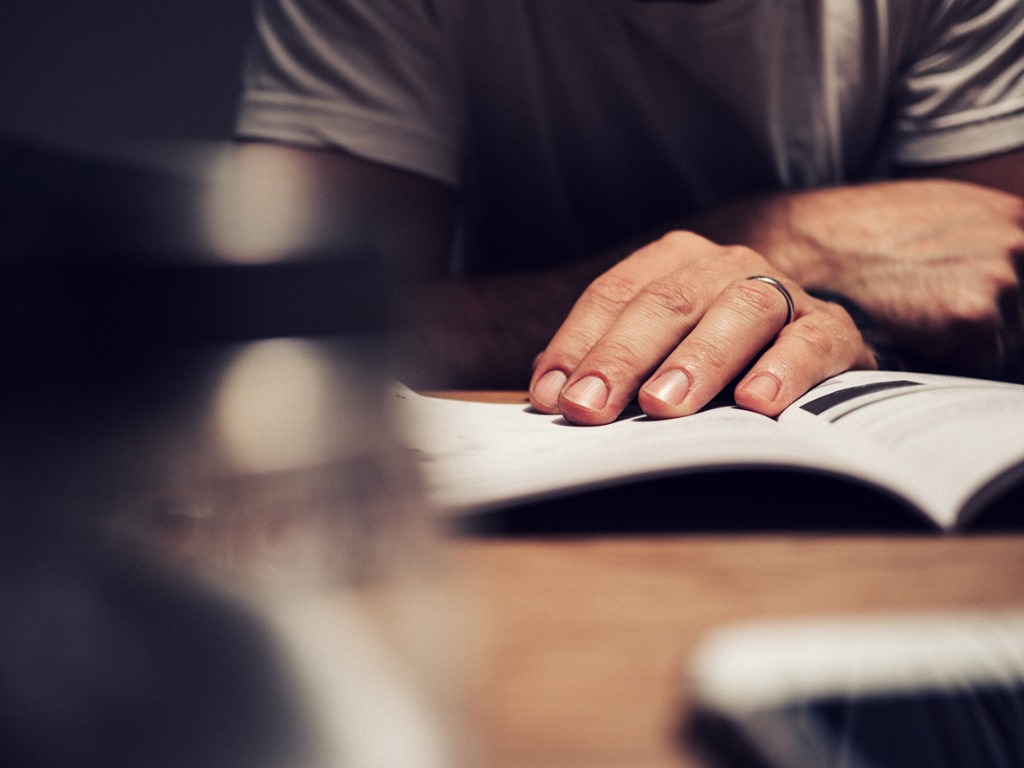 photo by knape via iStock

Things are different than when many of us first started in photography or videography. One of the biggest advances I’ve seen in recent times is the advent of flying drones used by everyday people for photography and videography.

If you want to use basic cameras in automatic modes, you may be able to simply turn it on and start taking pics. With a more complicated tool, or one with advanced features, it isn’t necessarily that simple.

RTM is a term used online to give a very good piece of advice to new drone users before you try to get that drone flying. It means Read The Manual. Even though we could simply turn it on and learn by trial and error, gathering basic knowledge ahead of your first use will result in immediate benefits. 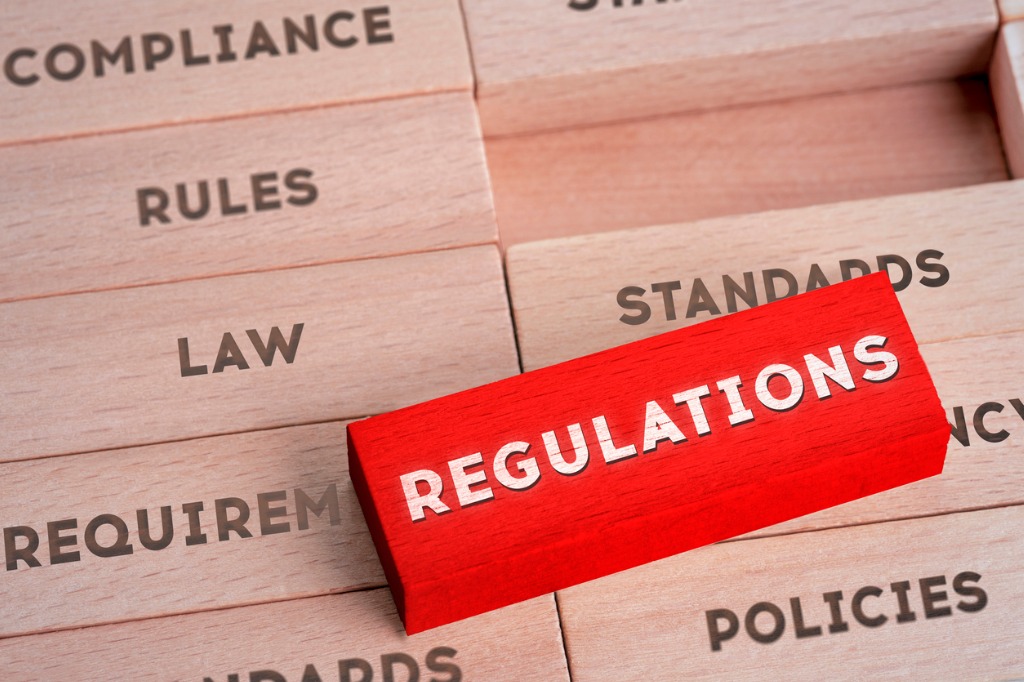 photo by sefa ozel via iStock

It doesn’t matter if you are just practicing, there are laws and regulations controlling drone flying in the United States and in many countries worldwide. It’s easy to find the requirements and satisfy them, many things can be done online.

Do not neglect this step, it is for your protection as well as others. Drone flying is regulated differently depending on the drone’s weight and also according to their intended usage.

Check the learn more links below for more details about the legalities of flying a drone in the U.S.

Do a Dry Run 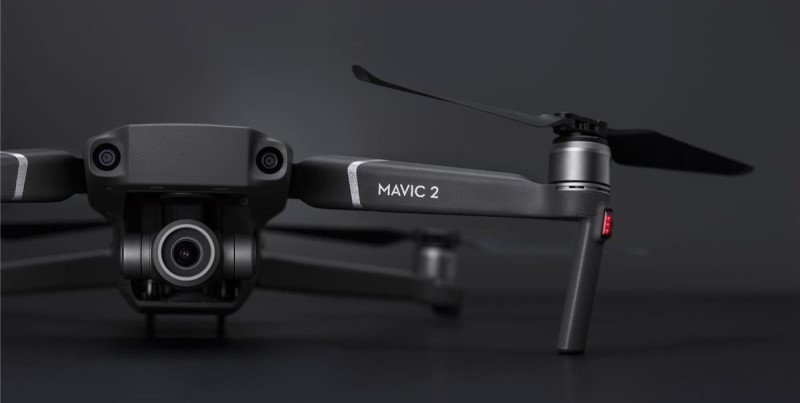 You may not even need to turn on the drone in order to get some practice flying and using your drone. Many drone manufacturers have smartphone and tablet apps that work like a flight simulator.

For instance, DJI drone operation can be learned by using their DJI GO app in flight simulator mode. This lets you get very familiar with the features and operations of your new drone.

Why is this an important step? It’s important because you really need to practice with the capabilities and features of your particular drone. This is true for your drone regardless of whether you’ve used another drone before because of the differences among drones and the drone flying characteristics. 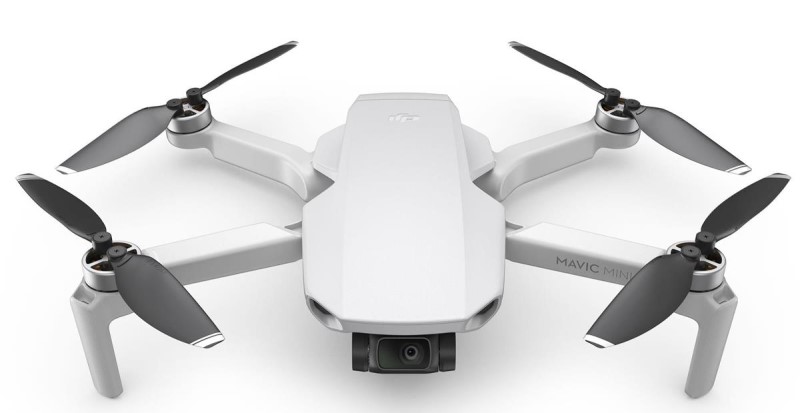 As an example, if you were used to flying a small, relatively simple drone such as the DJI Mavic Mini (shown above), and have upgraded to a more capable imaging machine like the DJI Mavic 2 Zoom (shown below), you have more features and different capabilities to learn.

For instance, the DJI Mavic Mini is an ultra light drone, under the 250 gram threshold. It has a top speed of about 30 mph and a very capable camera with a 12MP still camera and 2.7K video recording. So, it’s very full featured and capable of capturing fantastic stills and video.

If you are now stepping up to the DJI Mavic 2 Zoom, you now have a larger format camera with a zoom lens, which is another control to take care of, by the way. The Mavic 2 Zoom is over 250 grams which requires different registration than the Mini for non-commercial use. It also has a top speed of 45 mph, quite a bit faster than the Mini’s 30 mph.

So, familiarity with the camera and flying controls is a vital early step in getting your new drone into the air. 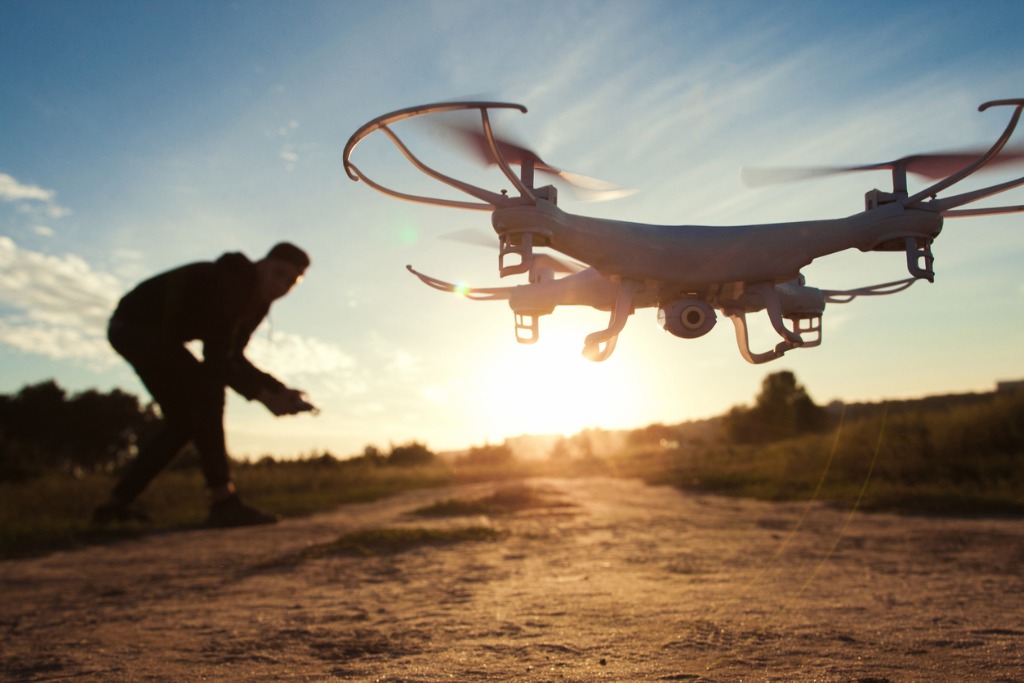 photo by golubovy via iStock

Okay, you’ve finished all your registration and you are familiar with the features and capabilities of your new drone, now let’s go outside and fly!

Charge up your batteries. Flight times are advertised as being long, and compared to early drones they are long. Still, 30 minutes will go by before you know it when having fun while drone flying. 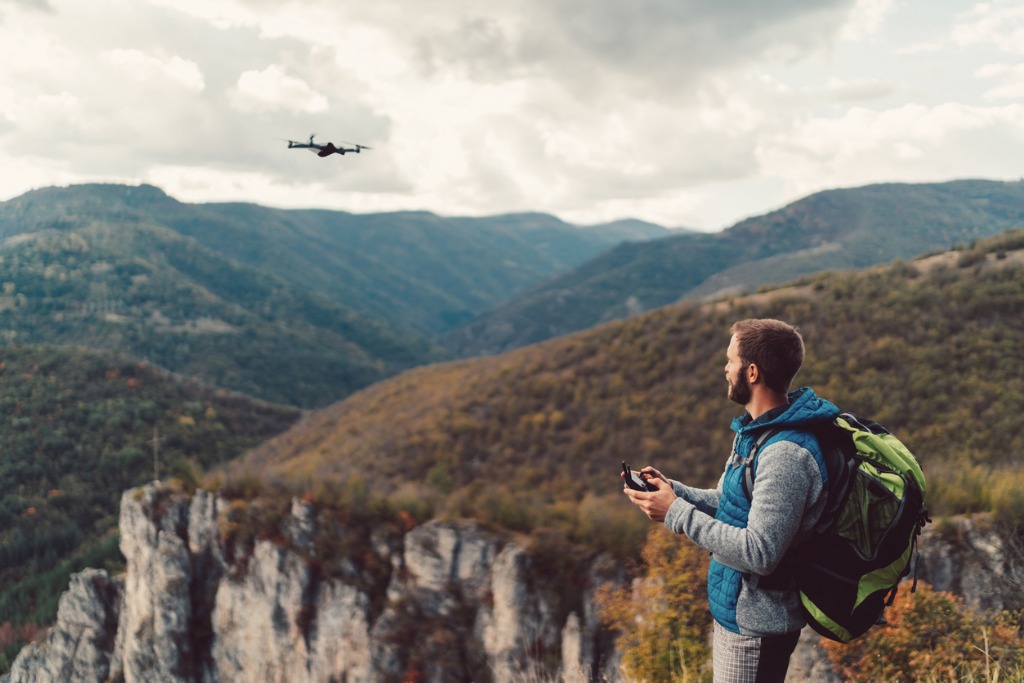 Check the weather. Every place in the entire USA that I’ve ever been has a quaint ‘local’ saying: “If you don’t like the weather, with 15 minutes!” In other words, weather changs, sometimes rather quickly. Just because it is sunny and calm now, that’s no guarantee it that wind may pick up and thunderstorms form. I use a weather alert app on my smartphone. Each locality has TV stations with free alerts, national services exist, too.

Set your altitude and range limits, as well as your return to home settings. We sure don’t want to lose our drone on our first day of drone flying school.

Double check your propellers are mounted properly and make sure you have a strong GPS signal. 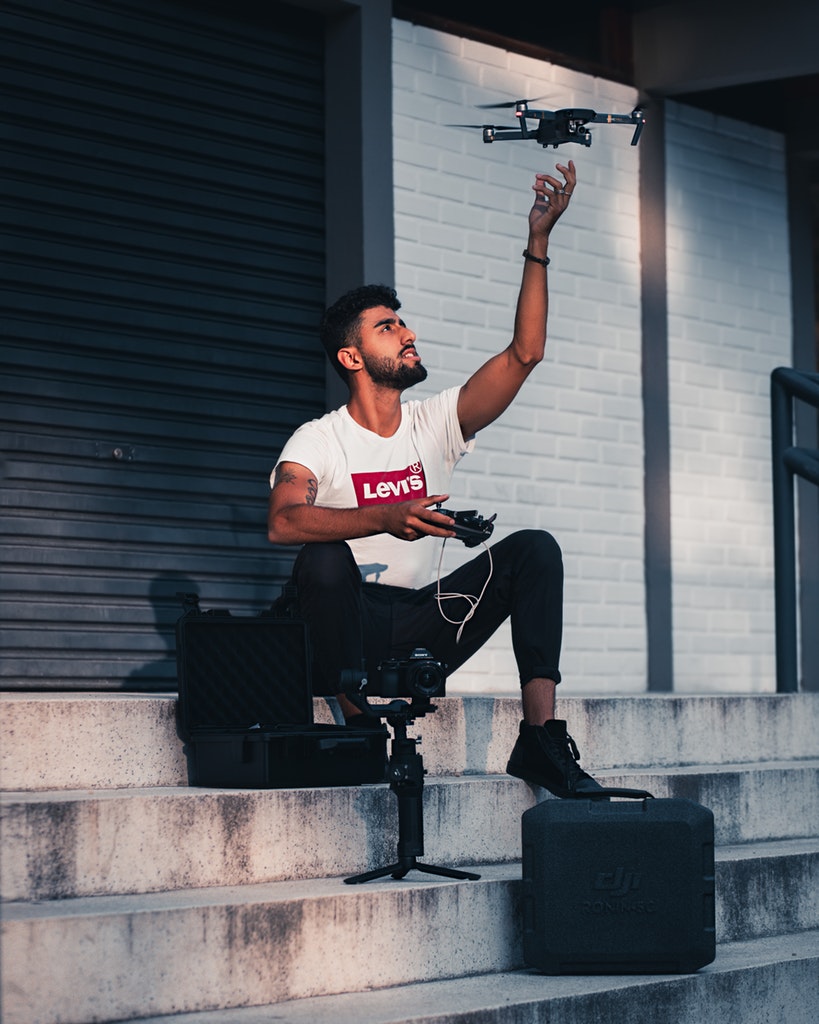 Photo by YURI MANEI from Pexels

Now that you are ready to fly, let’s get the drone flying. As you lift up the drone above you, pause for a little while and hover. This lets you check the drone’s stability.

As you’re hovering, go through some camera and lens functions.

Snap a couple of pictures and shoot a few seconds of video. Make some adjustments to the drone’s orientation. Fly around a bit right around your home base, get used to how quickly the drone reacts to your flight controller.

Get a few tips on flight modes for DJI drones in the video above by Adorama. 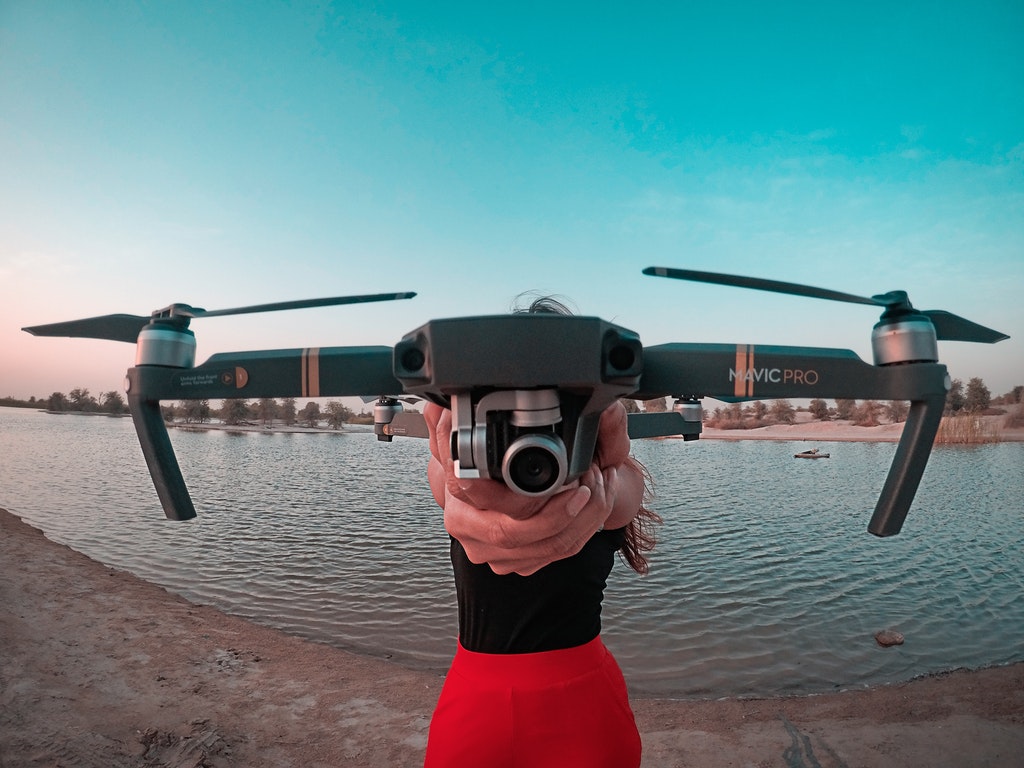 Photo by The Lazy Artist Gallery from Pexels

“I believe it’s time for me to fly!” from REO Speedwagon is the theme song for drone flying. Well, actually it isn’t, but it should be.

Taking a little time to familiarize yourself with your drone by reading the manual, playing with flight simulator, doing a pre-flight check, and hovering when first taking off will pay off in a safe, productive, and fun drone flying session.