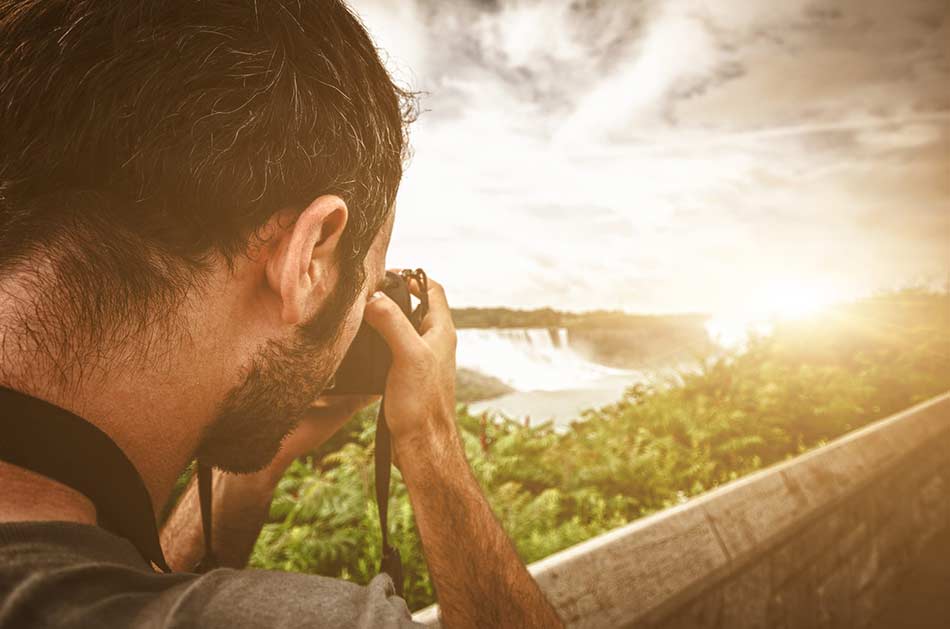 You've gotten yourself a good DSLR or mirrorless camera, which probably came with a zoom kit lens.

And while that lens is great for learning the ropes, at some point, you'll want to invest in a higher-quality lens that gets you sharper images (and challenges you to learn more about utilizing your camera and lens to take better photos).

The question is, what lens should be the first one you buy? Read this article about best Nikon lens on our website PhotographyTalk.com.

Ask a lot of photographers, and they'll say a 50mm lens.

Why You Need a 50MM Lens: They're Inexpensive 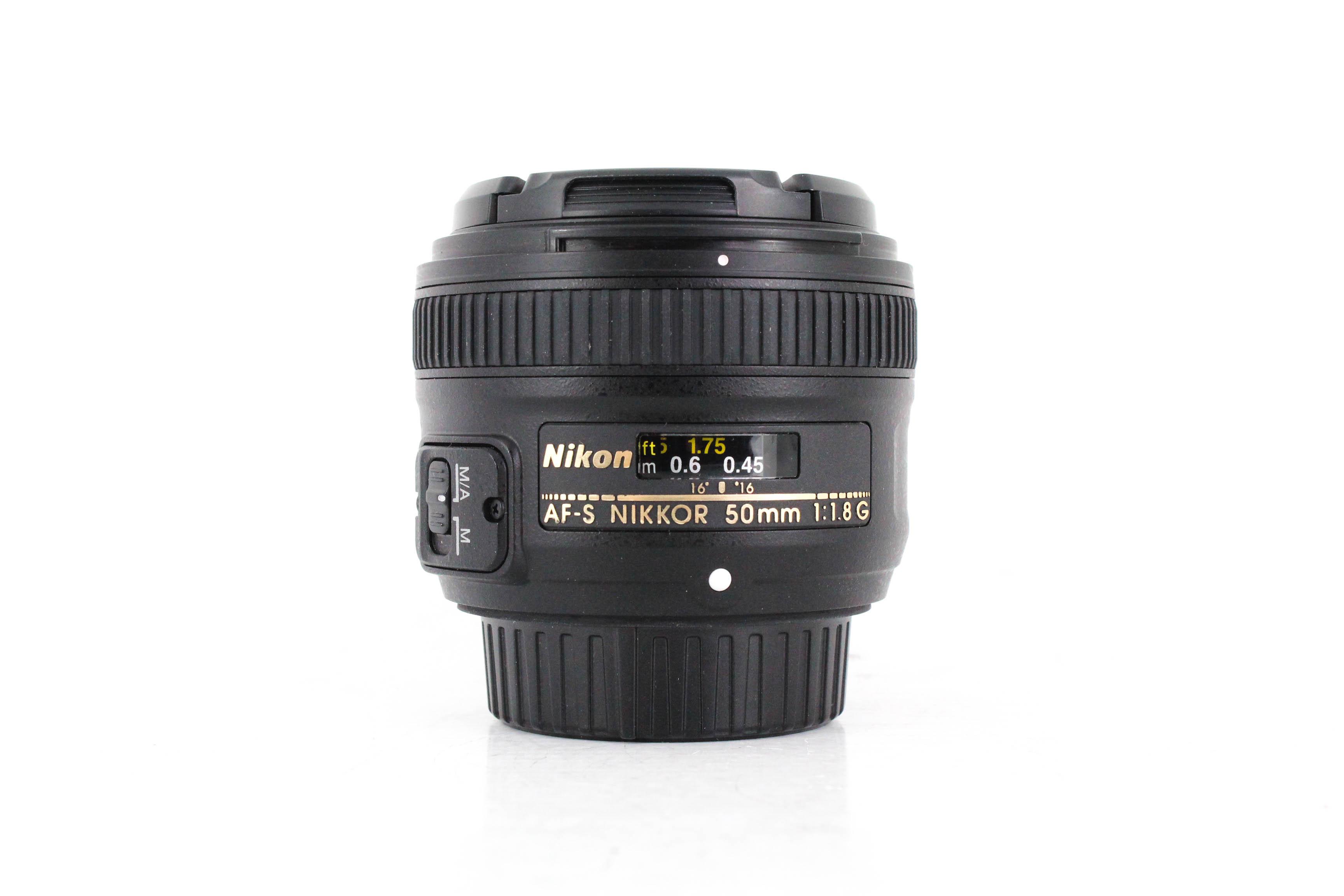 For most of us, the budget is going to be the primary concern when it comes to buying photography gear.

Fortunately, there are plenty of 50mm lens options that won't break the bank.

These are available for just about every brand of camera, including Canon and Nikon (shown above), and if you buy used, you save even more money.

Speaking of buying used, you can find higher-end 50mm lenses, like a 50mm f/1.4 or a 50mm f/1.2 for a great price too. In fact, with such large apertures, these are among the best 50mm lenses you can buy

That means you can get even more bang for your buck and add a top-notch lens to your camera bag without breaking the bank.

I talk about the low price and many other attributes of 50mm lenses in the video above. Check it out!

Why You Need a 50mm Lens: They're Small 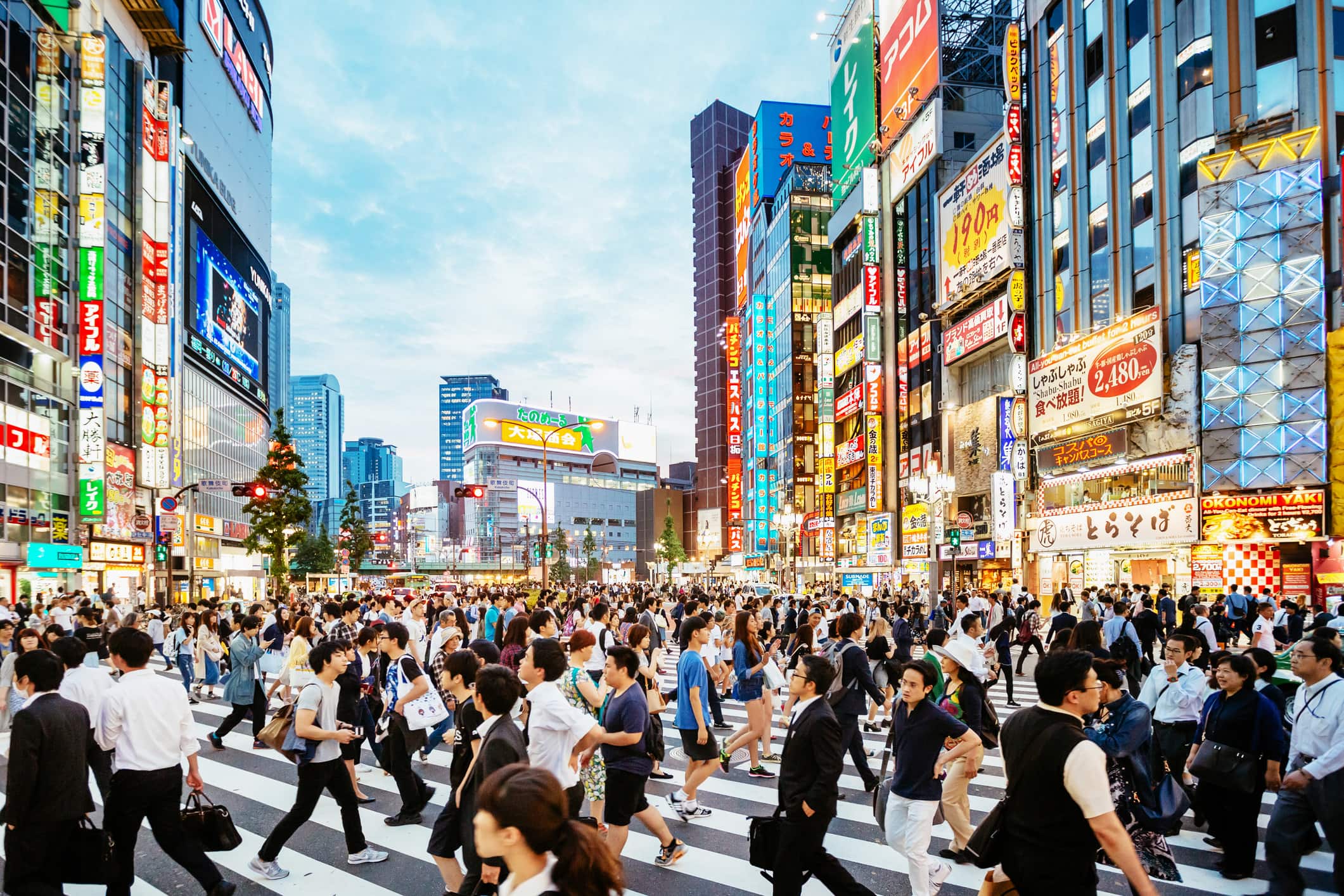 The kit lens that came with your camera isn't exactly huge, but many 50mm lenses are much more compact than even the kit lens.

That compactness is nice for situations in which you can't really wield a large lens. Street photography comes to mind as a great situation for a 50mm lens because it allows you to move amongst the crowd with greater ease.

Many 50mm lenses are also lightweight, especially the f/1.8 version.

The faster 50mm lenses like the f/1.2 and f/1.4 are heavier because of their construction, but even so, they are still pretty svelte and allow you to maneuver your camera with great ease.

Why You Need a 50mm Lens: They're Sharp 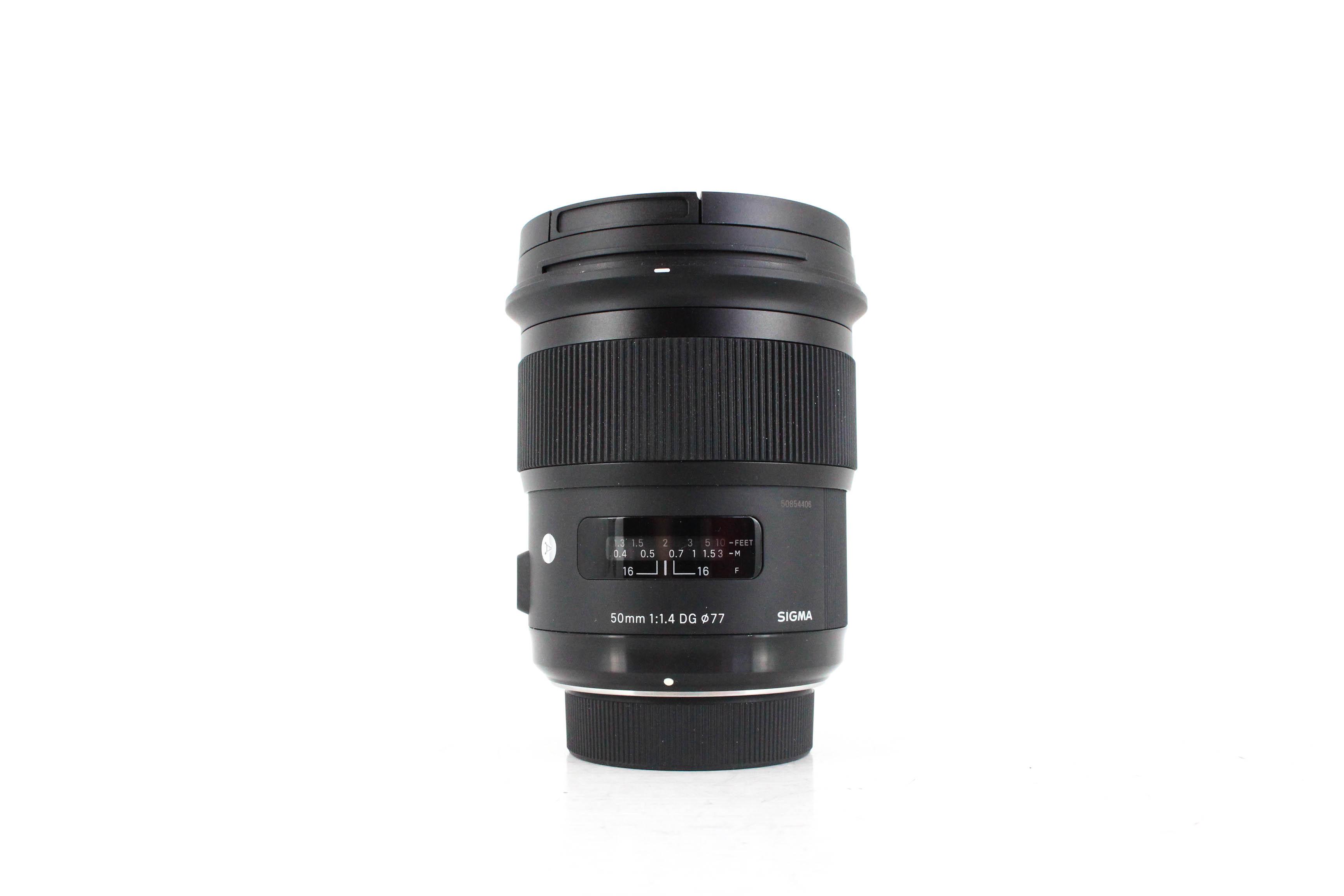 The great thing about prime lenses like the 50mm is that they have fewer internal elements than a zoom lens.

With fewer elements inside the lens, that means that they can take photos that are sharper and clearer.

For example, the Sigma 50mm f/1.4 DG HSM ART lens shown above is one of the sharpest lenses available today.

Beyond that, 50mm lenses often have better color rendition and less chromatic aberration than kit lenses, so you not only get sharper photos but ones with more accurate colors too.

Why You Need a 50mm Lens: They're Versatile 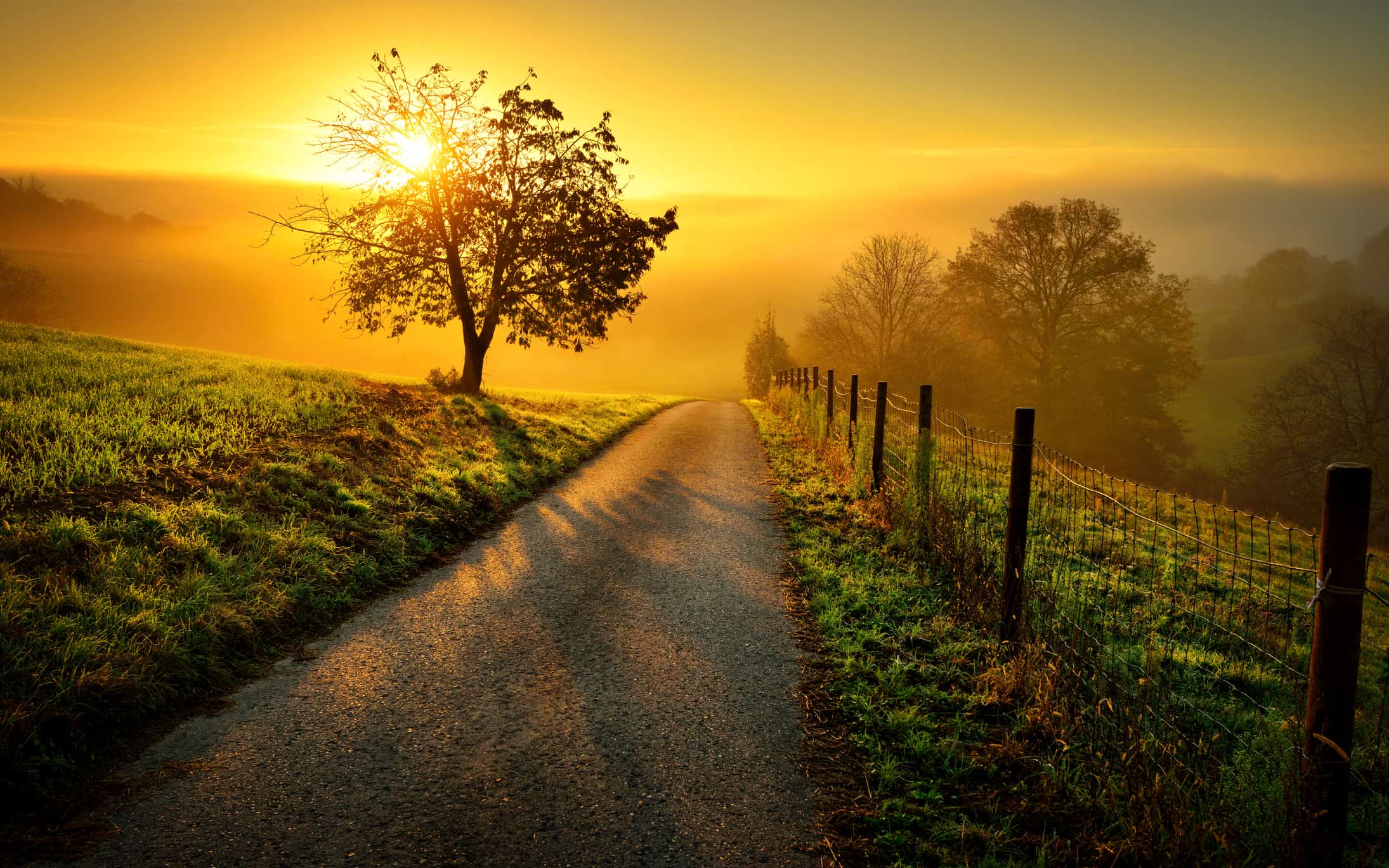 A 50mm lens is such a great addition to your camera bag because it's a versatile piece of glass.

Start the day taking landscape photos at sunrise. Move to your backyard in late morning to take photos of the kids. Head to the city in the afternoon for architecture photos.

The point is that it is a great walk around or travel lens because it can help you photograph anything from your dog to mountains to macro subjects and everything in between.

When it comes to adding accessories to your camera bag that pack a punch, it's hard to beat a 50mm lens.

Why You Need a Canon 50MM Lens: They Work on Full Frame and Crop Sensor Cameras 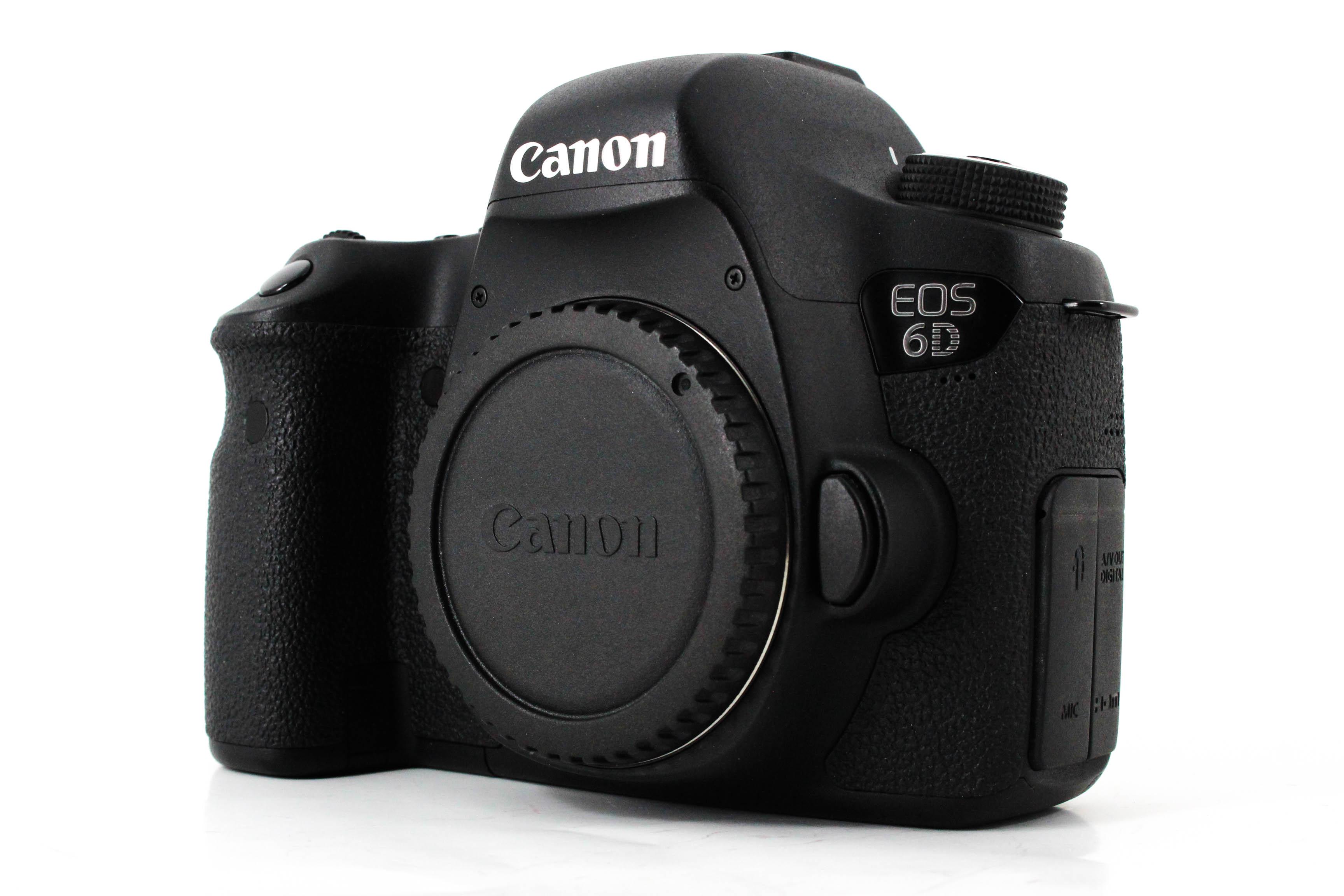 Another aspect of the versatility of 50mm lenses is that many of them work on both full frame and crop sensor cameras.

For example, if you started out shooting with a Canon T3i and decide to upgrade to a Canon EOS 6D (shown above),  you don't have to buy a new lens.

Better still, many camera manufacturers continue to use the same lens mount as they develop new cameras, so if you're a Canon shooter and you buy a lens in 2017, there's a very good chance that same lens will work on whatever cameras Canon comes out with in the years to come.

By and large, the same goes for Nikon, Sony, and other camera manufacturers.

Why You Need a 50mm Lens: They're Great for Low-Light Shooting 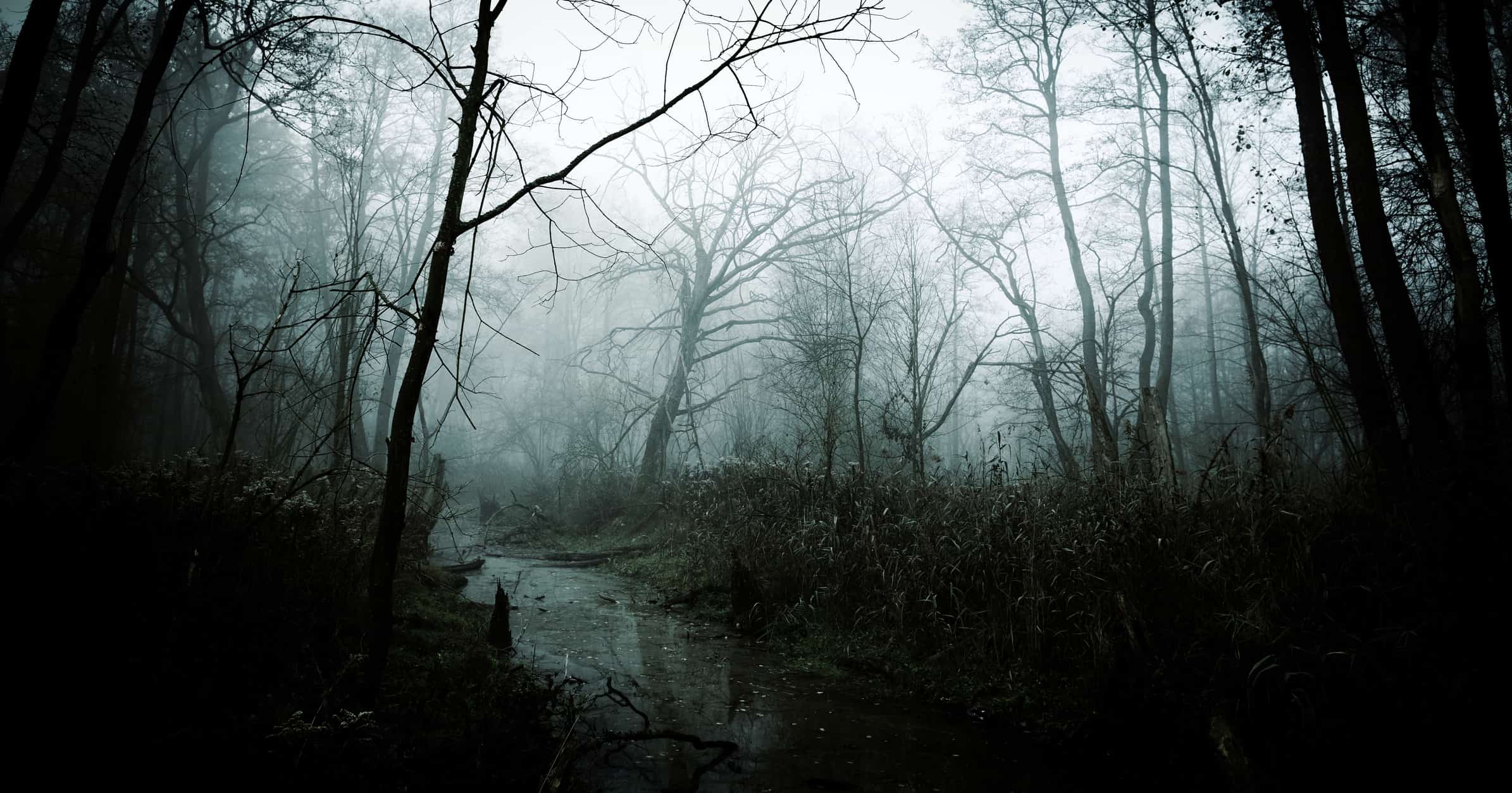 If you really want to expand your photographic capabilities, a 50mm lens will allow you to do so because they're great for taking photos when lighting is low.

With maximum apertures of f/2 and larger, 50mm lenses can collect a lot of light.

With all that light coming into the lens, that means you can take photos in low lighting without triggering the flash. 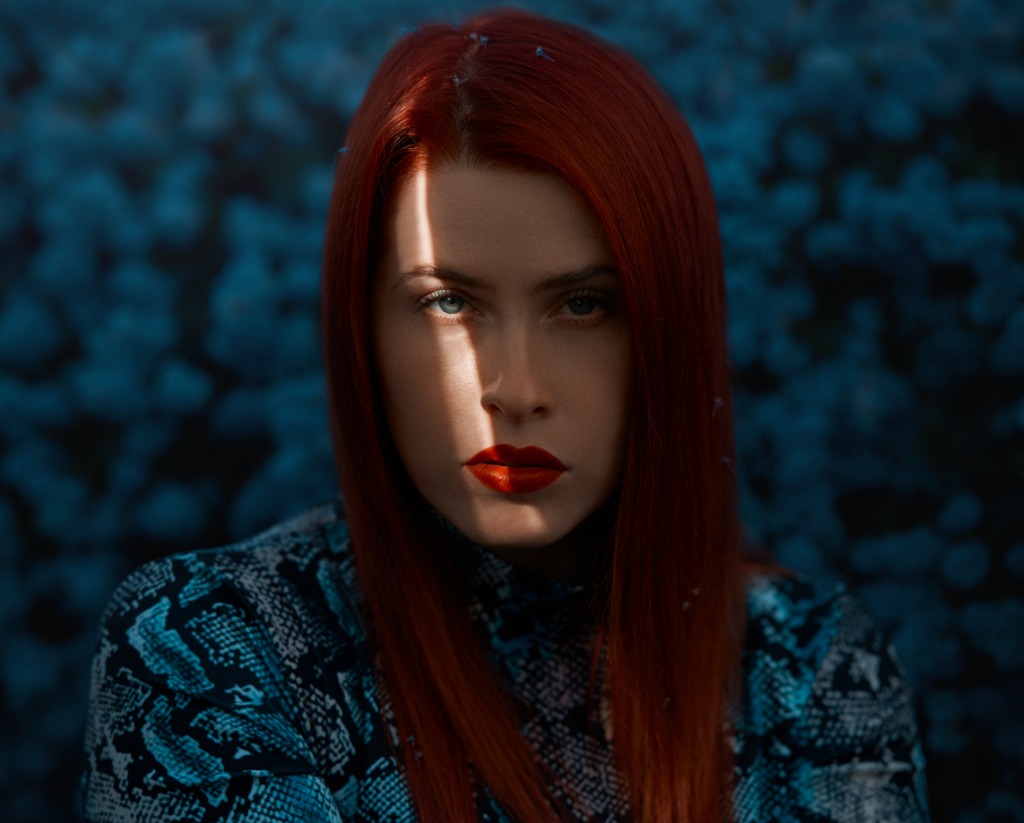 Since the light from the flash is typically on the harsh and bright side, the fact that you often don't need a flash with a 50mm lens means you can get more natural looking shots.

A 50mm f/1.8 lets in eight times as much light as a typical kit lens with a maximum aperture of f/5.6 on the zoom end.

Just think of all the things you can photograph in low lighting with eight times as much light collecting power!

Why You Need a 50mm Lens: They're Fast

A related feature that's nice about 50mm lenses is that with such a large maximum aperture, you can use much faster shutter speeds.

That means that you can shoot handheld in much dimmer lighting than you can with a kit lens by virtue of all that light coming into the 50mm lens.

What's more, you can avoid using higher ISOs too.

With lower ISO values, your images will have less digital noise, which helps you get even sharper images, even when the lighting isn't all that great.

Why You Need a 50mm Lens: They're a Nice Focal Length 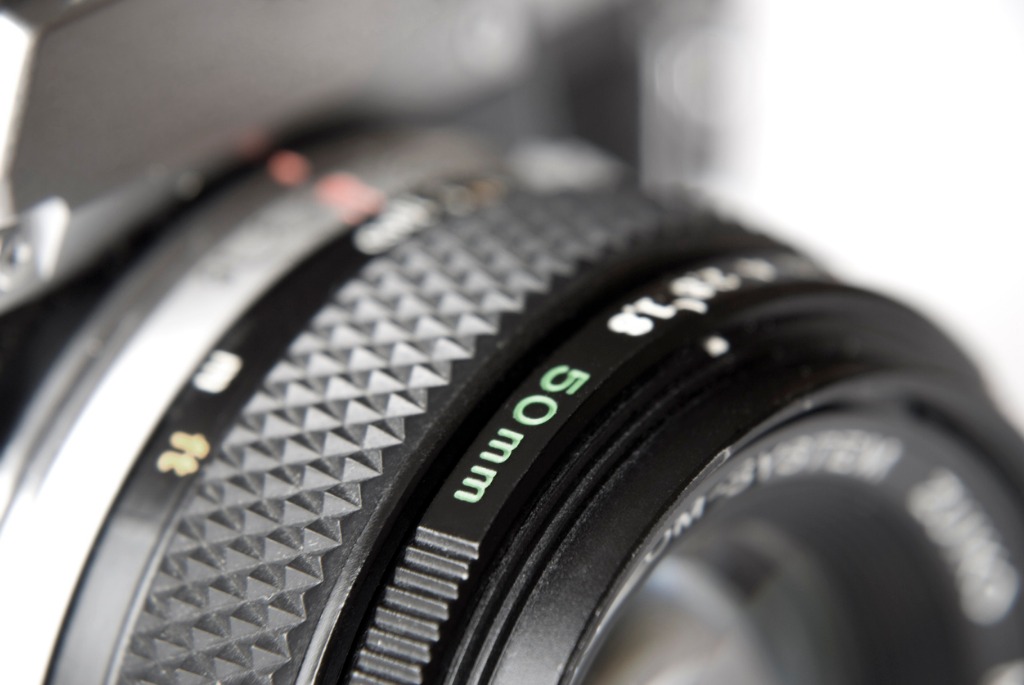 If you use a 50mm lens on a full frame camera, the angle of view you get closely resembles what we see with our own eyes.

That means your photos have a more natural look to them that's pleasing to view.

It's also advantageous for beginner photographers because as you look through your camera's viewfinder, you'll see the scene in a familiar way, and that will help you compose a better shot. 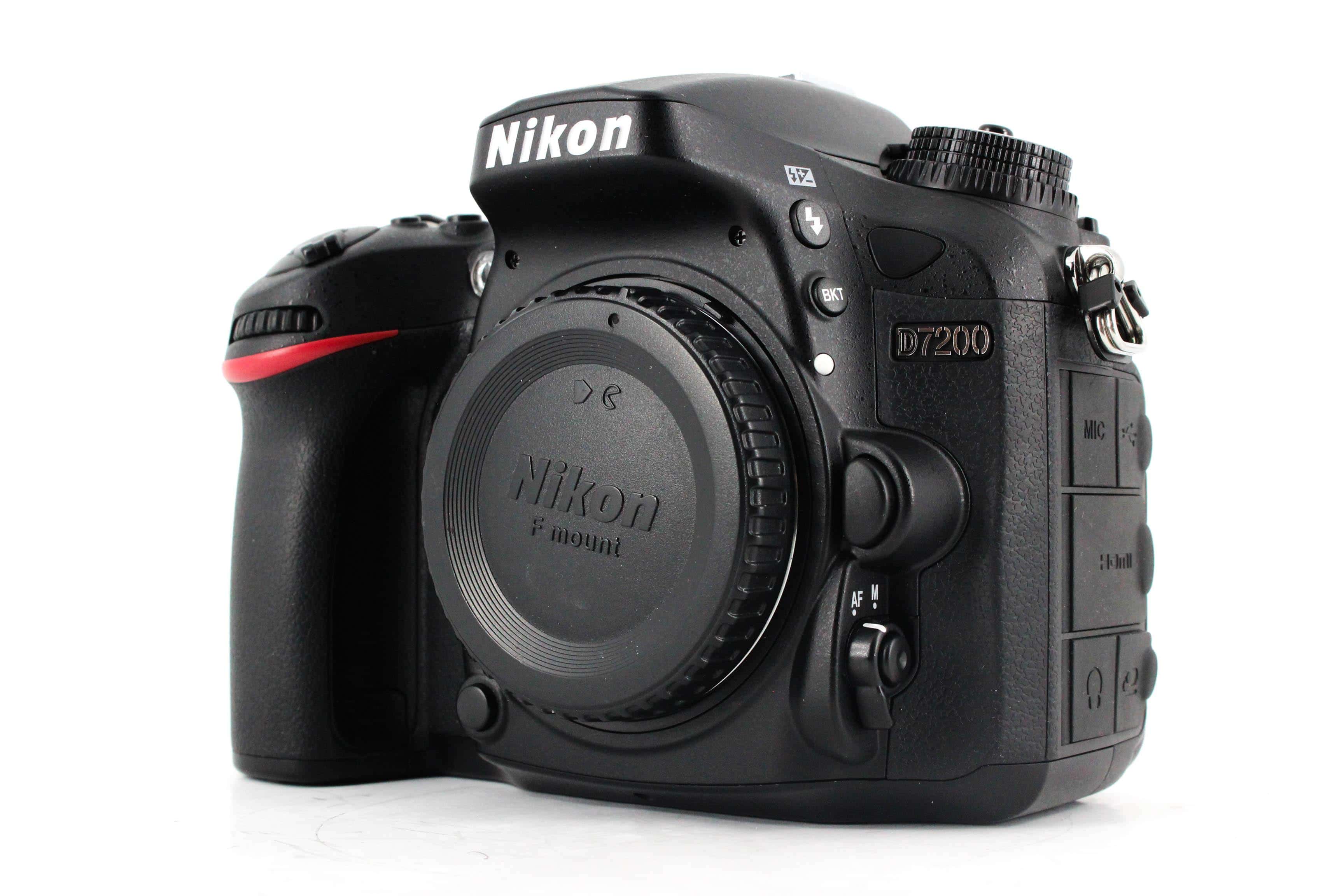 But 50mm lenses offer something for shooters with a crop sensor camera too.

At that effective focal length, the lens is in the short telephoto range, so you can more easily fill the frame with your subject from a greater distance away.

Why You Need a 50MM Lens: Nice Bokeh 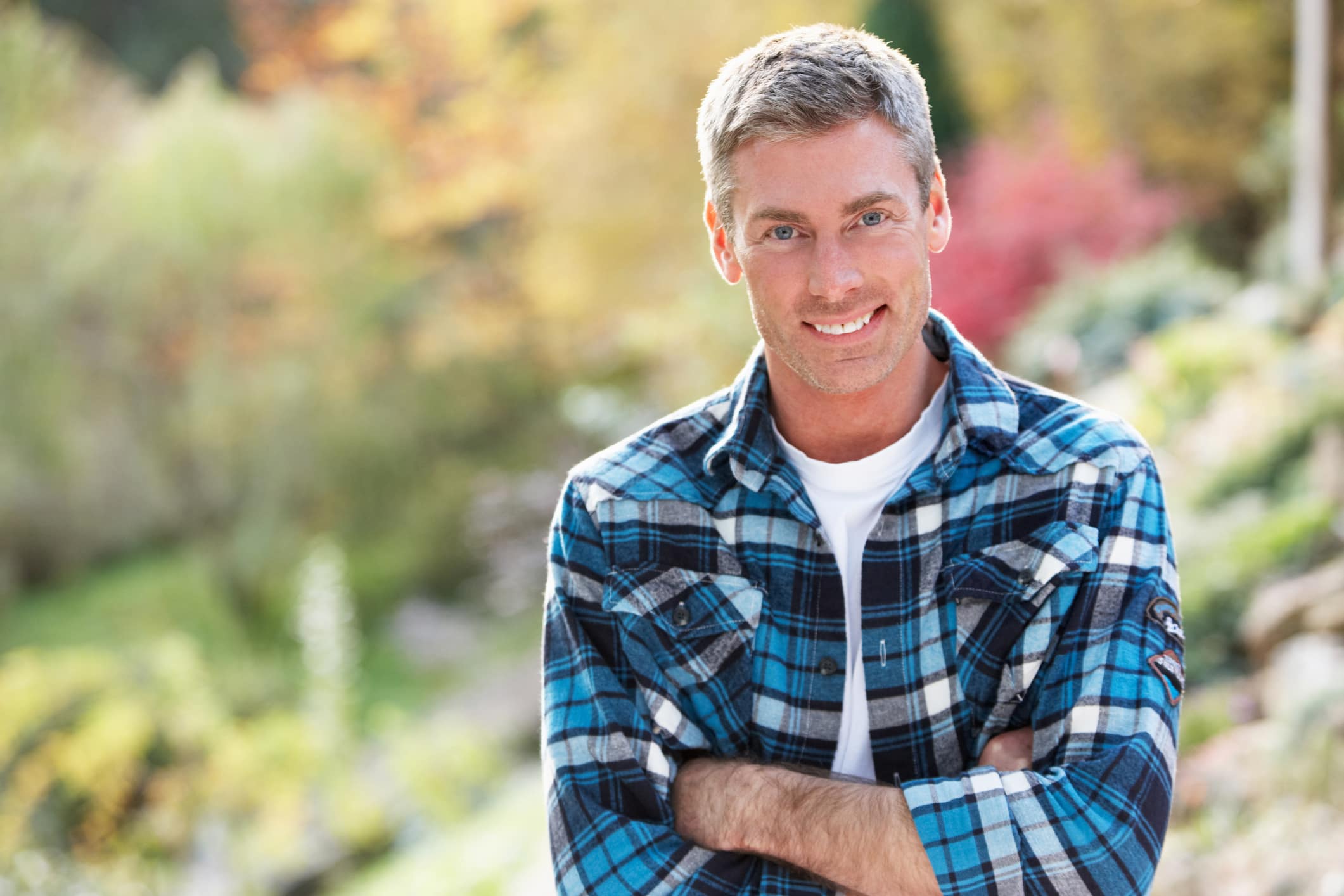 Prime lenses like the 50mm have yet another benefit that improves the quality of your photos - nice bokeh.

Bokeh refers to the quality of the blurriness of the background of a photo.

At 50mm, you can get gorgeously blurry backgrounds that are nicely shaped for a wonderful creative effect.

Better still, you get that effect right there in-camera, so you don't have to spend a bunch of time trying to do it in Photoshop after the fact!

WHy You Need a 50mm Lens: They Help You Be More Creative 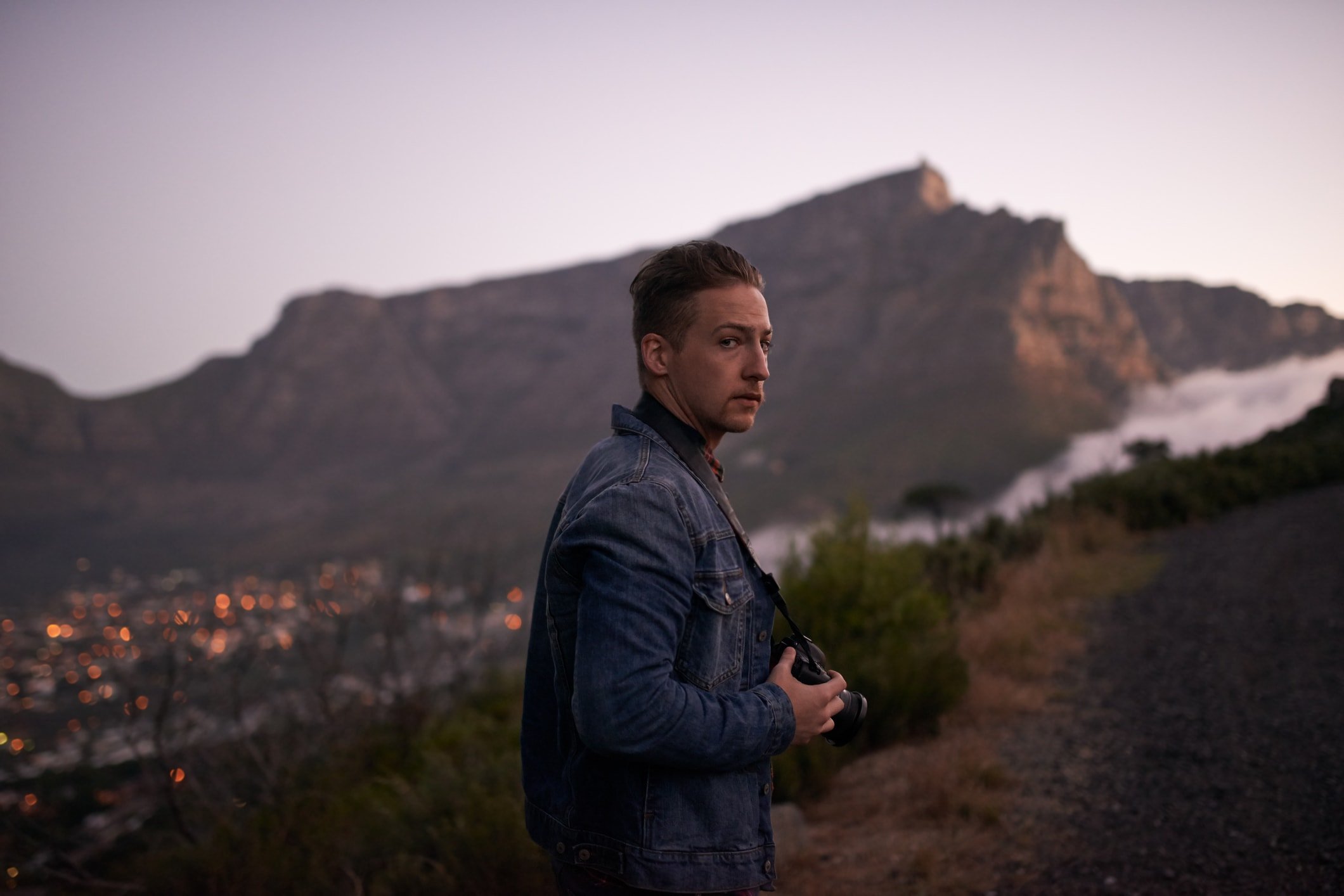 Perhaps best of all, 50mm lenses are an excellent learning tool.

Because it's a fixed focal length, you can't just turn a zoom ring to frame up a different view of a subject.

Instead, you have to use your feet, move around, and work a little harder to frame the shot as you like.

What's more, as was mentioned above, it's a versatile lens, so you can try all sorts of photography pursuits without ever having to switch lenses.

In other words, a prime lens like the 50mm makes you think more purposefully about how you compose your photos.

That, in turn, helps you grow as a photographer because you constantly have to work to get the shot you want.

If you need more convincing about how great the 50mm lens is, check out the video below by DigitalRev TV: