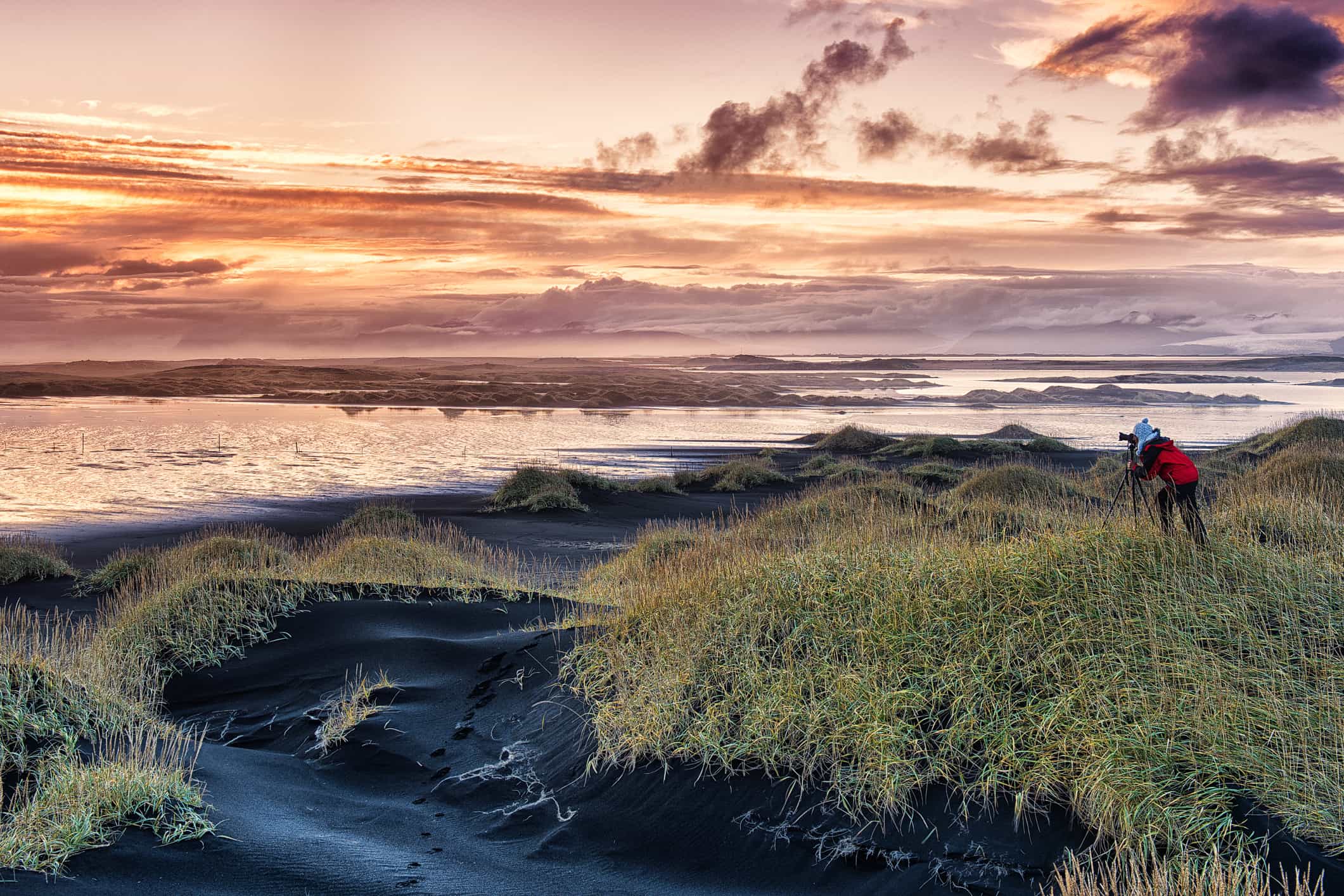 Buying a tripod might seem like an easy task compared to buying, say, a camera or a lens.

After all, tripods are all alike, right?

There's a huge variety of tripods to choose from, but you need to understand what features you need or are useful to you before you buy.

It's also helpful to know what to look for so you can get yourself a high-quality tripod that will last you for years to come.

Using the Vanguard Alta Pro 2+ 263CT as an example, let me go over some of the most crucial things you need to ask yourself about tripods before you buy. 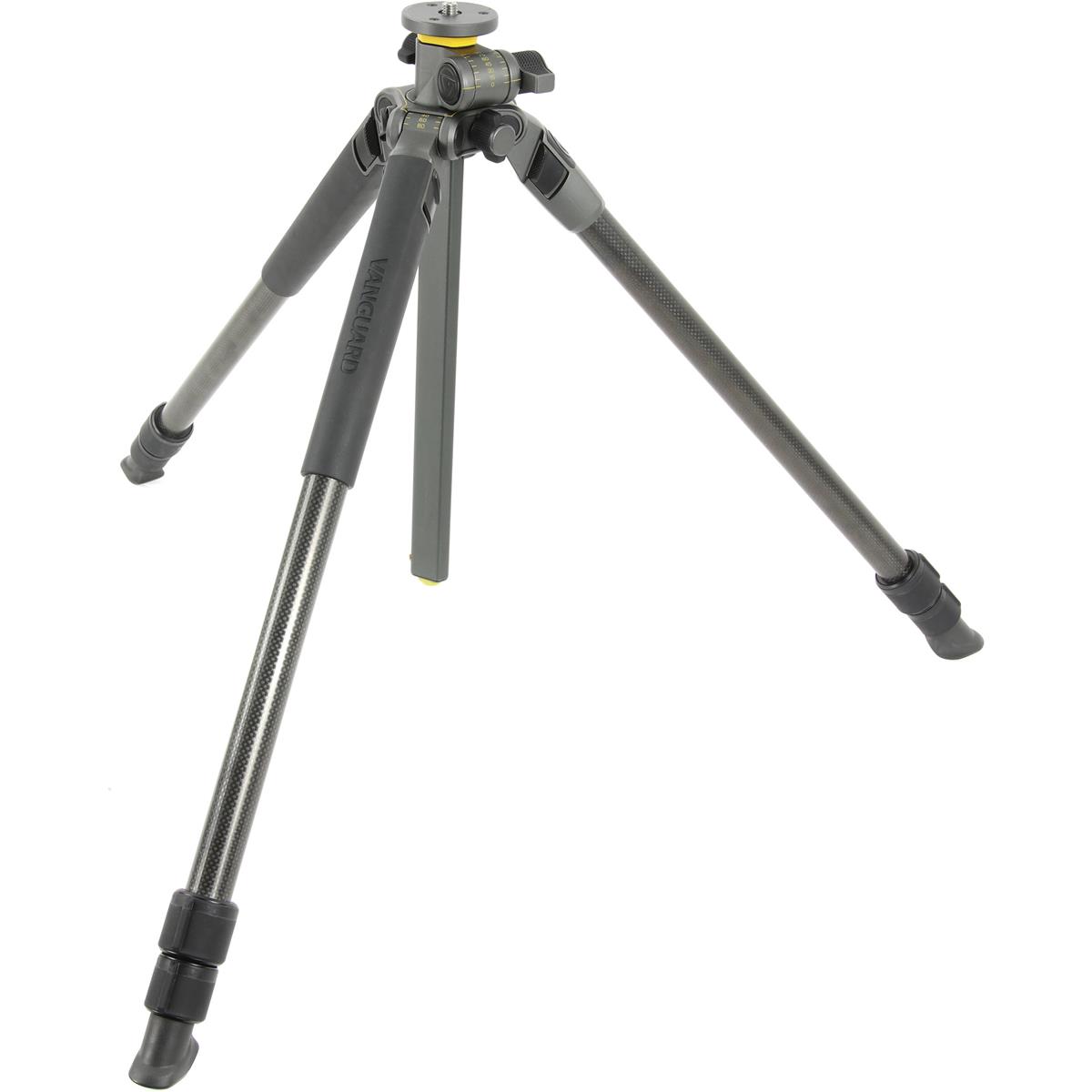 Some tripods are specifically designed for things like portraiture.

They're bigger, heavier, and as a consequence, are harder to carry.

Others are made to sit on a table or other horizontal surface for quick shots with a smartphone or point-and-shoot camera.

And though these kinds of tripods have their virtues, they aren't as versatile as they could be. 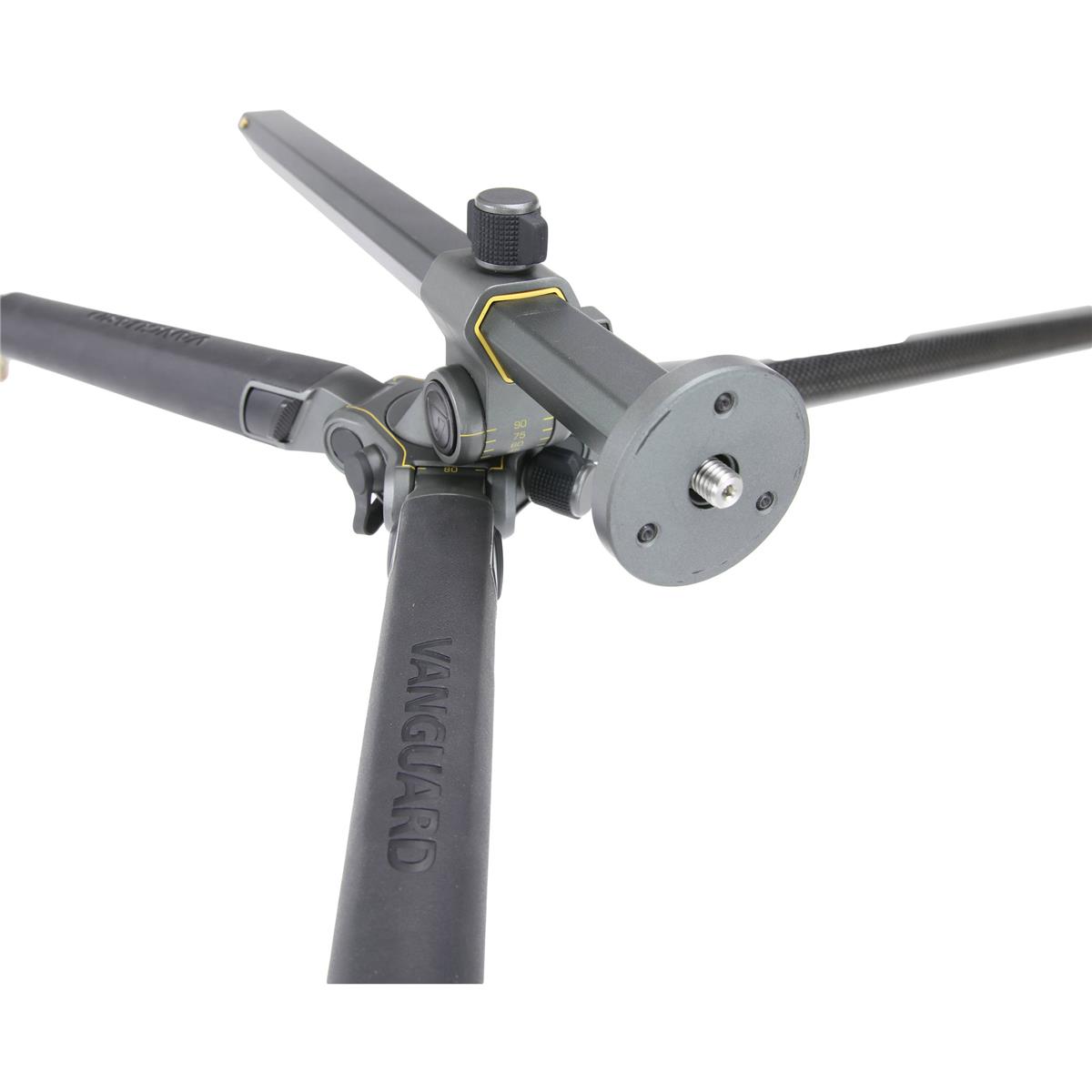 That's why I'd recommend looking for a tripod that can do it all.

The Vanguard Alta Pro 2+ 263CT is one such tripod.

Its legs have four different positioning angles so you can get a higher perspective on your subject at 20 degrees and then drop the tripod down with an 80-degree leg angle for a low perspective shot.

What's more, it's made of carbon fiber, so it's not only built like a tank but is also lightweight.

That means you don't have to lug around a ton of extra weight if you're out and about photographing landscapes, but it's still plenty robust to work for portraits and other photos that don't require as much moving around.

Is It Easy to Set Up? 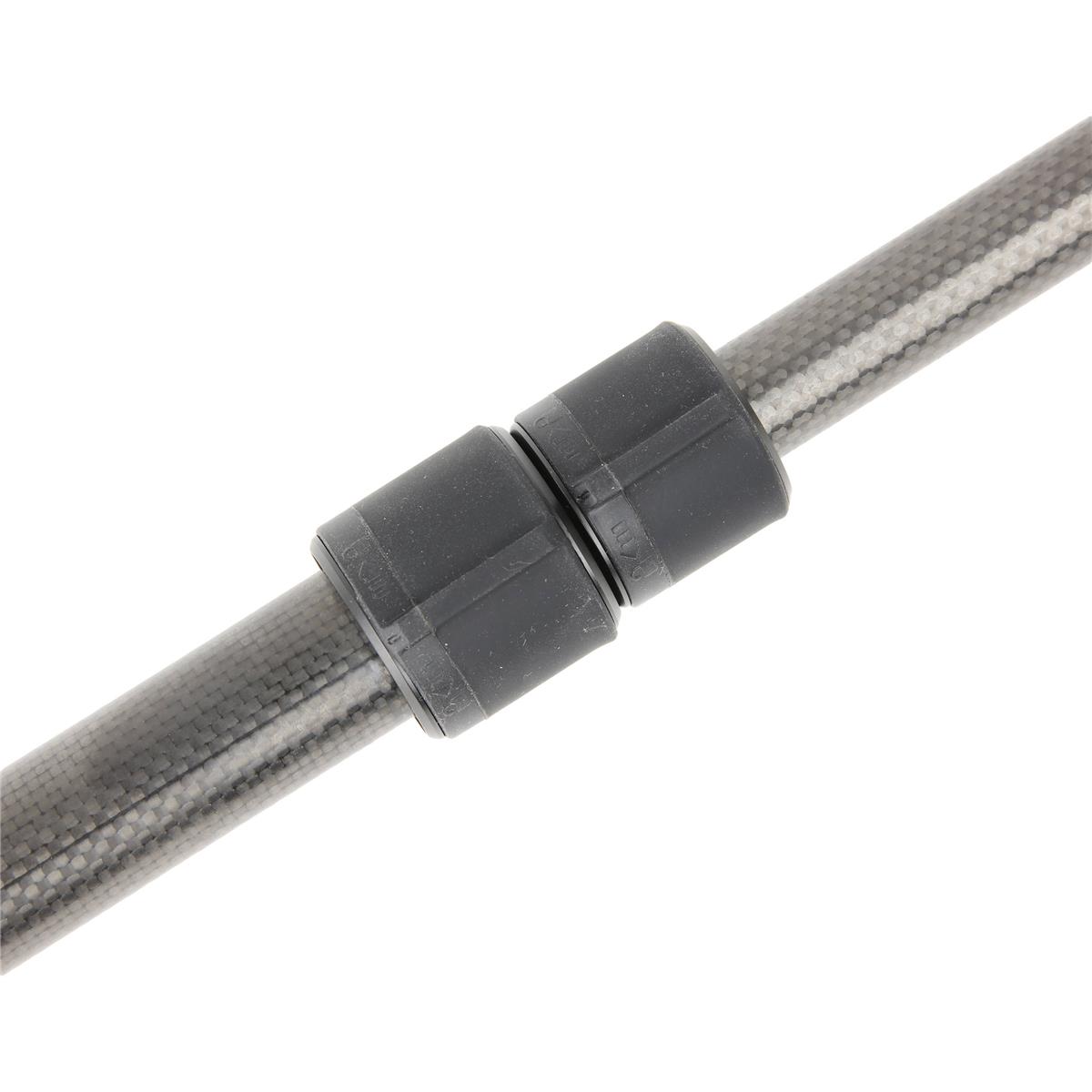 A mistake that many photographers make in the beginning (myself included) is buying a cheap tripod, thinking that it's just as good as the higher-quality ones.

But apart from much poorer design and build quality, cheap tripods can be a bear to set up.

With rapid action setup, you can have the tripod up and ready with your camera mounted and your finger on the shutter button in a matter of seconds.

The tripod has an easy twist lock system, too, which means you can quickly extend the tripod's legs and lock them into place.

The faster you can set up your tripod, the faster you're ready to take the shot. Buying a tripod that's well-built and easy to work with will help you do just that.

Are There Features to Help You Get the Shot? 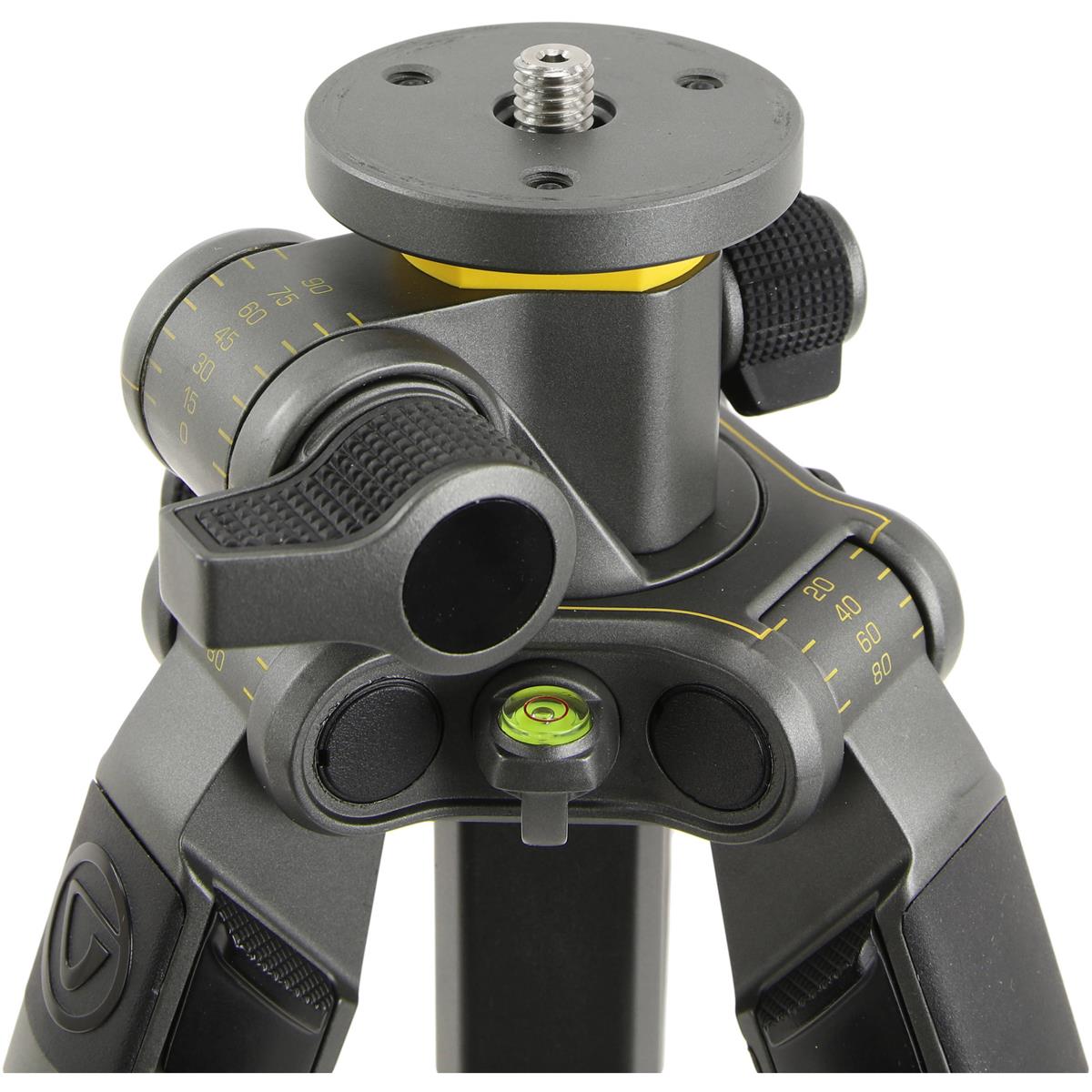 A good tripod doesn't just sit there to stabilize your camera.

Instead, your tripod should have features that help you get the shot no matter if you're photographing a person or a tree.

There's an integrated bubble level so you're sure your horizons are nice and straight.

The tripod has a center column hook as well, so you can hang your camera bag from it to act as ballast when the wind kicks up.

Add in angled rubber feet to grip on uneven terrain and grip and go non-slip, all-weather TPU grips on two legs, and you have the makings for a tripod that helps you get the shots you want, no matter the working conditions.

Some tripods weigh a ton.

Other tripods are huge, even when folded up.

Still other tripods fold up very small, but don't have the load capacity to hold much more than a point-and-shoot camera.

Coming in at just 3.6 pounds, the tripod is light as a feather, which means you won't be bogged down carrying a big ol' tripod.

What's more, even though it can extend to a whopping 63 inches tall, when folded down, it's just 24 inches tall. Again, that makes carrying it around much easier.

But Vanguard has also ensured that this tripod can carry a big load. With a capacity of holding over 15 pounds, you can rest assured that you can mount your DSLR and zoom lens without worry of the tripod giving way.

Can It Serve You for Years to Come?

As I noted earlier, the problem that many photographers have in the beginning is that they buy the cheapest tripod they can find.

But as I discovered after doing that very thing, the money I saved on a cheap tripod wasn't worth all the frustration and wasted time I spent trying to bend my cheap tripod to my will.

As someone that's been there, done that, take it from me - you want to invest in a tripod that will serve you as you learn and grow as a photographer.

Tripods like the Vanguard Alta Pro 2+ 263CT have the build quality, the features, the versatility, and the ease of setup for a beginner to use and for a professional to use as well.

Think about it - buy one high-quality tripod when you start out, and you'll likely save money in the long run because it will be the only tripod you need!

Watch the video above to get a complete overview of the Alta Pro 2+ line of tripods, or visit Vanguard to learn more about their full lineup of tripods.