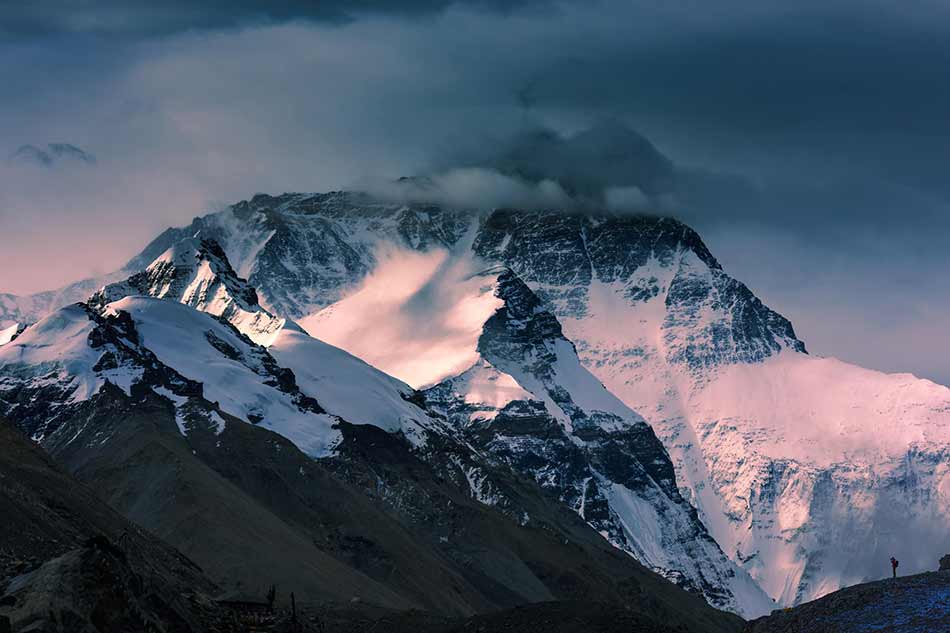 Ask any beginner photographer - and plenty of experienced ones, too - what the most difficult aspect of understanding photography is, and I'm willing to be they'll say taking control of exposure.

It makes sense too because there's a lot of moving parts when it comes to exposure...

There's the actual elements of exposure themselves - aperture, shutter speed, and ISO - and remembering what each one does and how it impacts your images.

And then there's understanding how to manipulate those settings to actually get a well-exposed image.

In this guide to the exposure triangle, we help you make sense of it all! 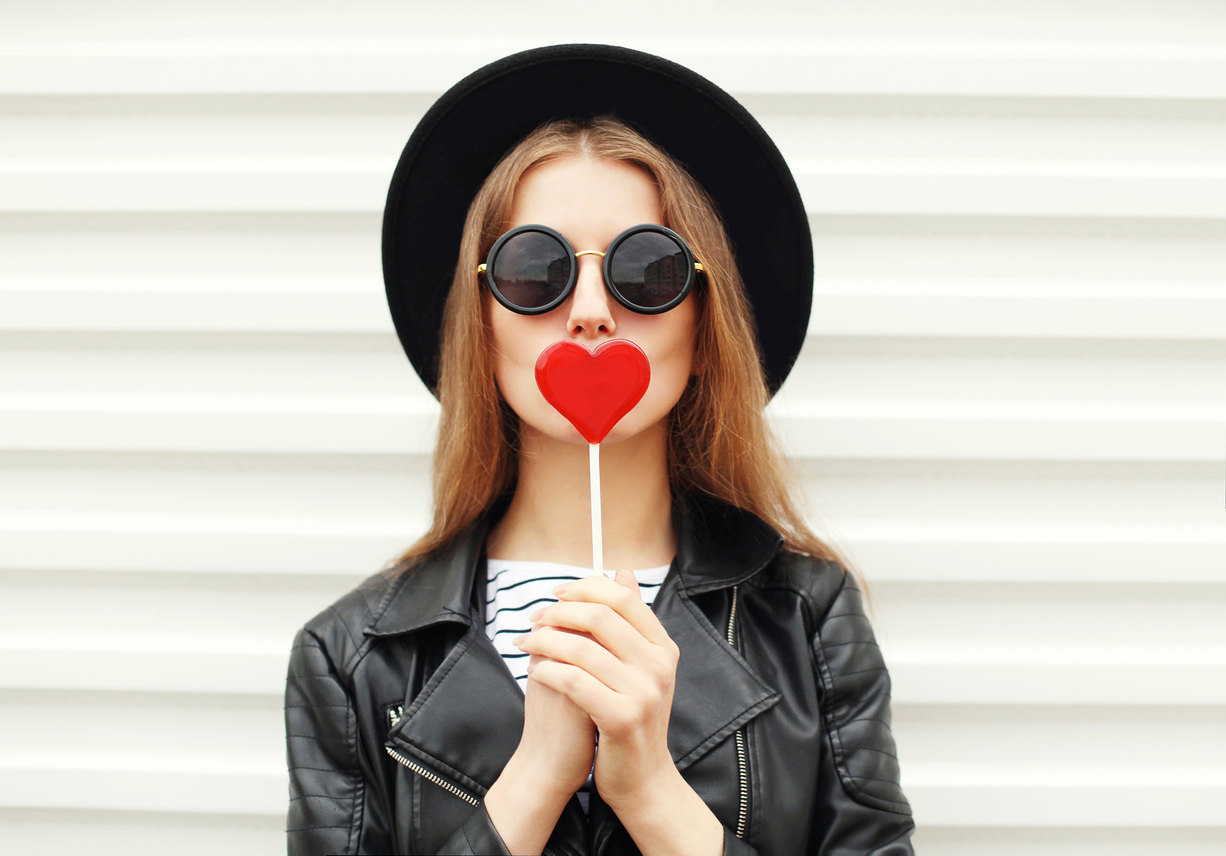 At its core, exposure refers to how your camera's sensor captures an image and how much light is captured in that image.

In turn, the information gathered by the sensor determines what your image will look like.

For example, above is a well-exposed image with a good range of light values from dark to medium to light.

What controls those exposure levels is aperture, shutter speed, and ISO - the exposure triangle.

Breaking Down the Exposure Triangle

As noted earlier, there are a lot of moving parts to exposure, each of which is summarized in the chart above.

Here's a quick run-down of each component: 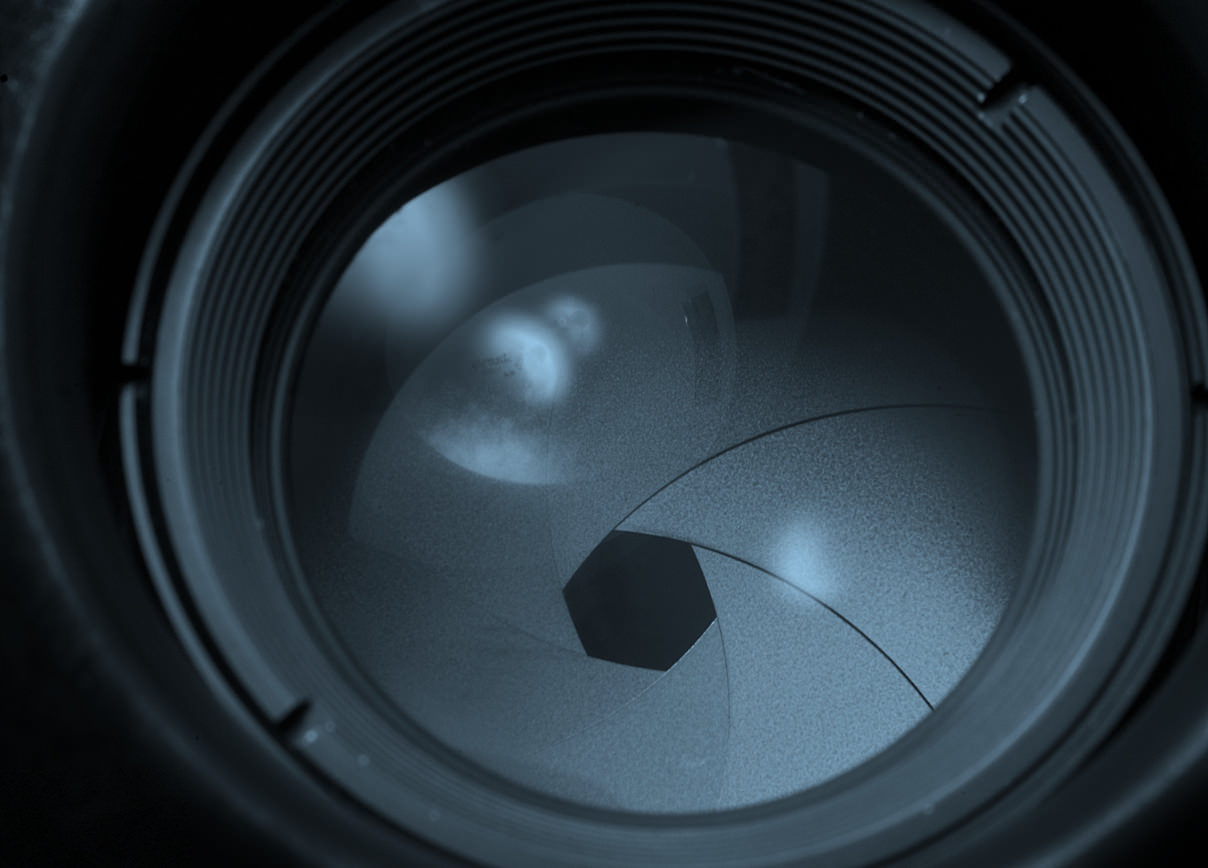 Aperture refers to the opening created by the blades in your camera's lens. These blades slide open and closed to create the aperture opening.

Naturally, a small aperture opening lets in less light than a large aperture opening, so if you're shooting in a dimly-lit situation, increasing the size of the aperture can help you brighten your photos.

Aperture is measured in f-stops. Typical f-stop values range from f/1.4 to f/22, though some cameras - particularly professional cameras - have a wider range of values. Get a detailed overview of aperture and how it impacts your photos in the video below by Jared Polin:

The tricky part is that the aperture value is inversely related to the size of the aperture.

In other words, as the f-stop increases, say from f/8 to f/22, the aperture size decreases.

It's easiest to think of f-stops as fractions, though. 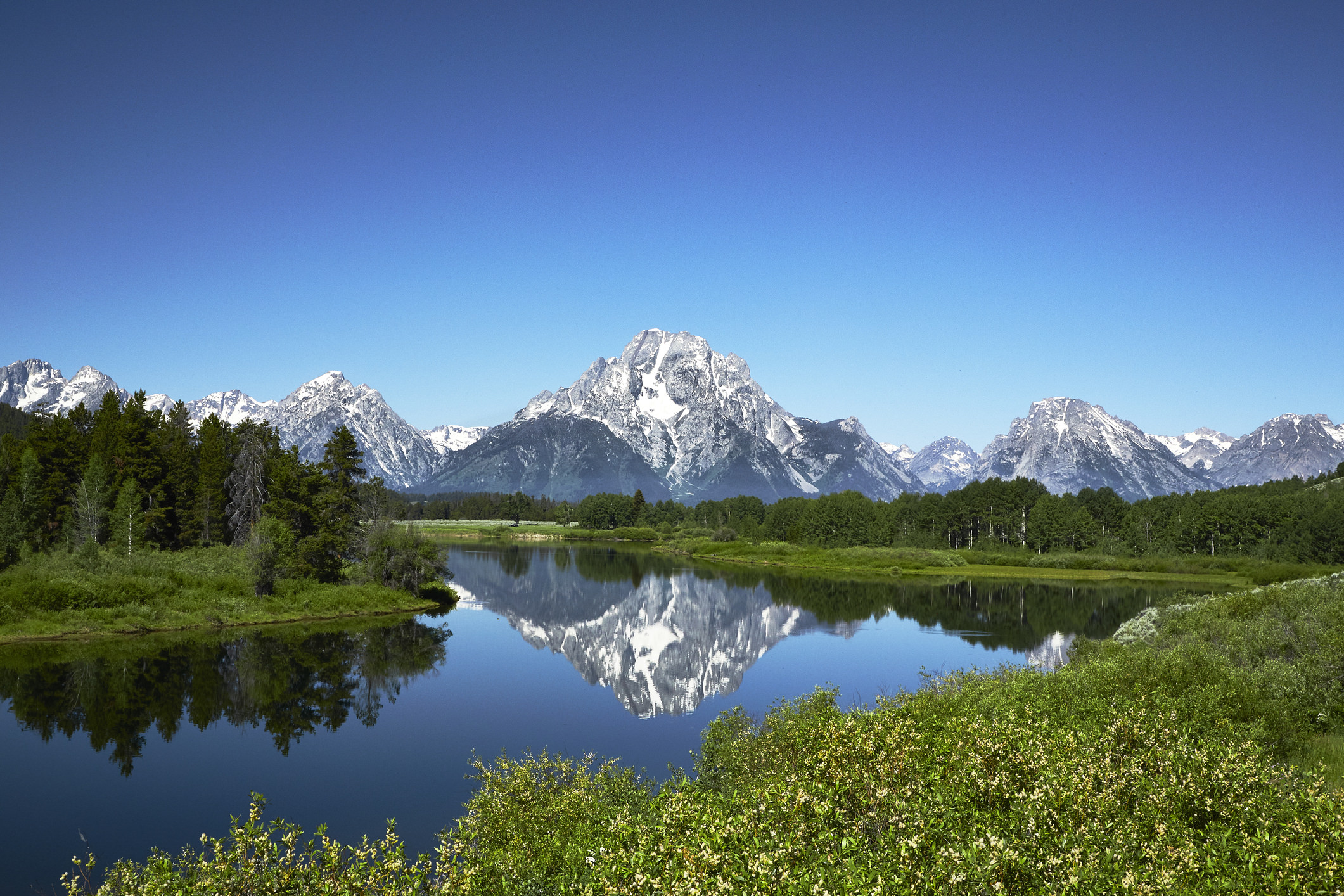 Aperture also impacts depth of field or the area of the image that appears sharp.

Smaller apertures (i.e. f/16 or f/22) create a large depth of field similar to what you see in the image above. Note how everything from the bushes in the foreground to the mountains in the background are nice and sharp.

Because these apertures help create a large depth of field, they are more commonly used in applications like landscape photography in which you want the viewer to see everything in sharp detail. 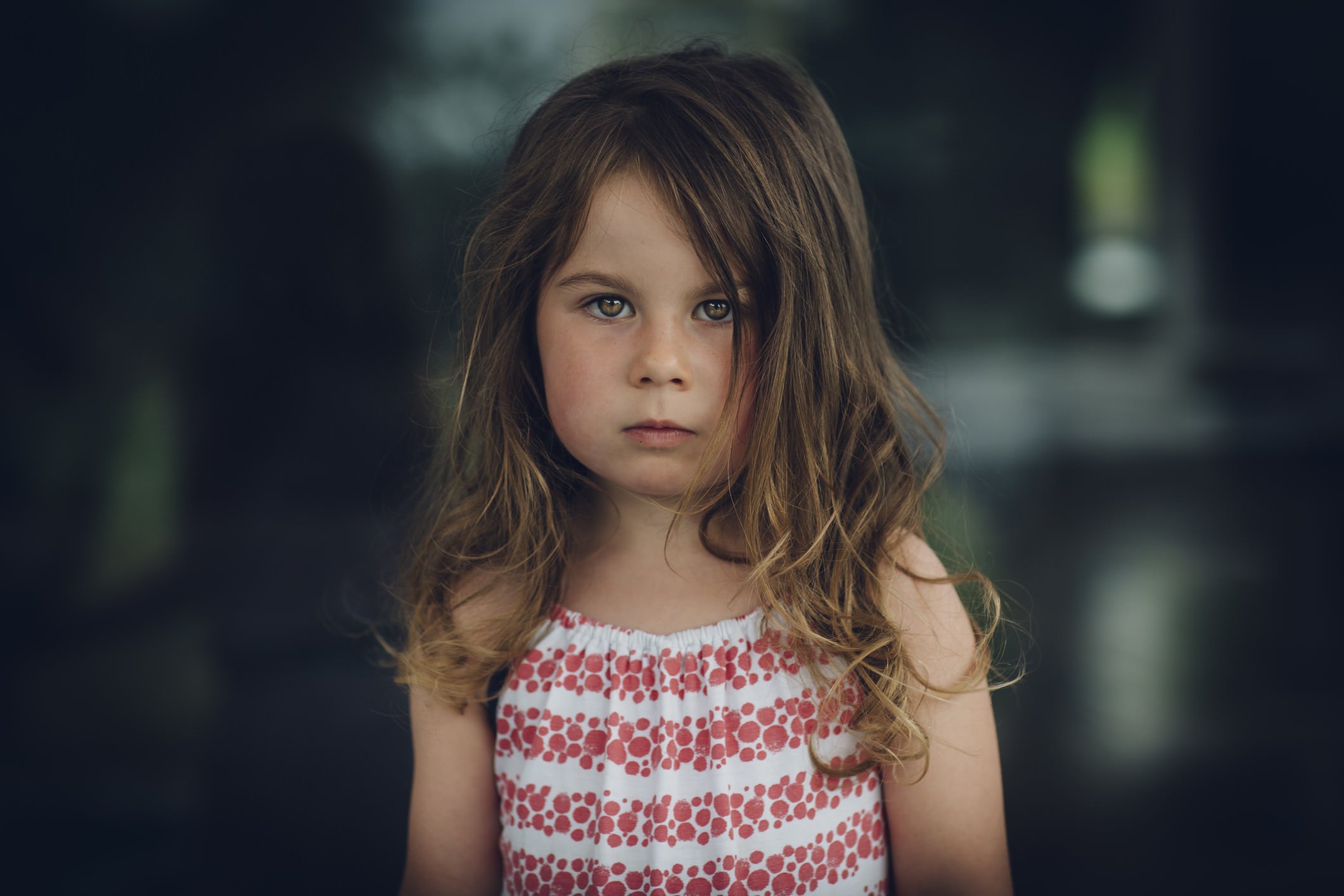 In this case, because a small depth of field blurs the background, it's a preferred application for portraiture.

Note that when you shoot in full auto mode, the camera determines the aperture for you (along with all the other camera settings).

But if you want to control aperture, you can shoot in full manual mode - in which you're responsible for changing all the camera settings - or aperture priority mode (A or AV on your camera dial), in which you determine the aperture and the camera determines the shutter speed for a well-exposed image.

It's an ideal mode for situations in which the depth of field is an important factor, like shooting landscapes and portraits, as noted above. 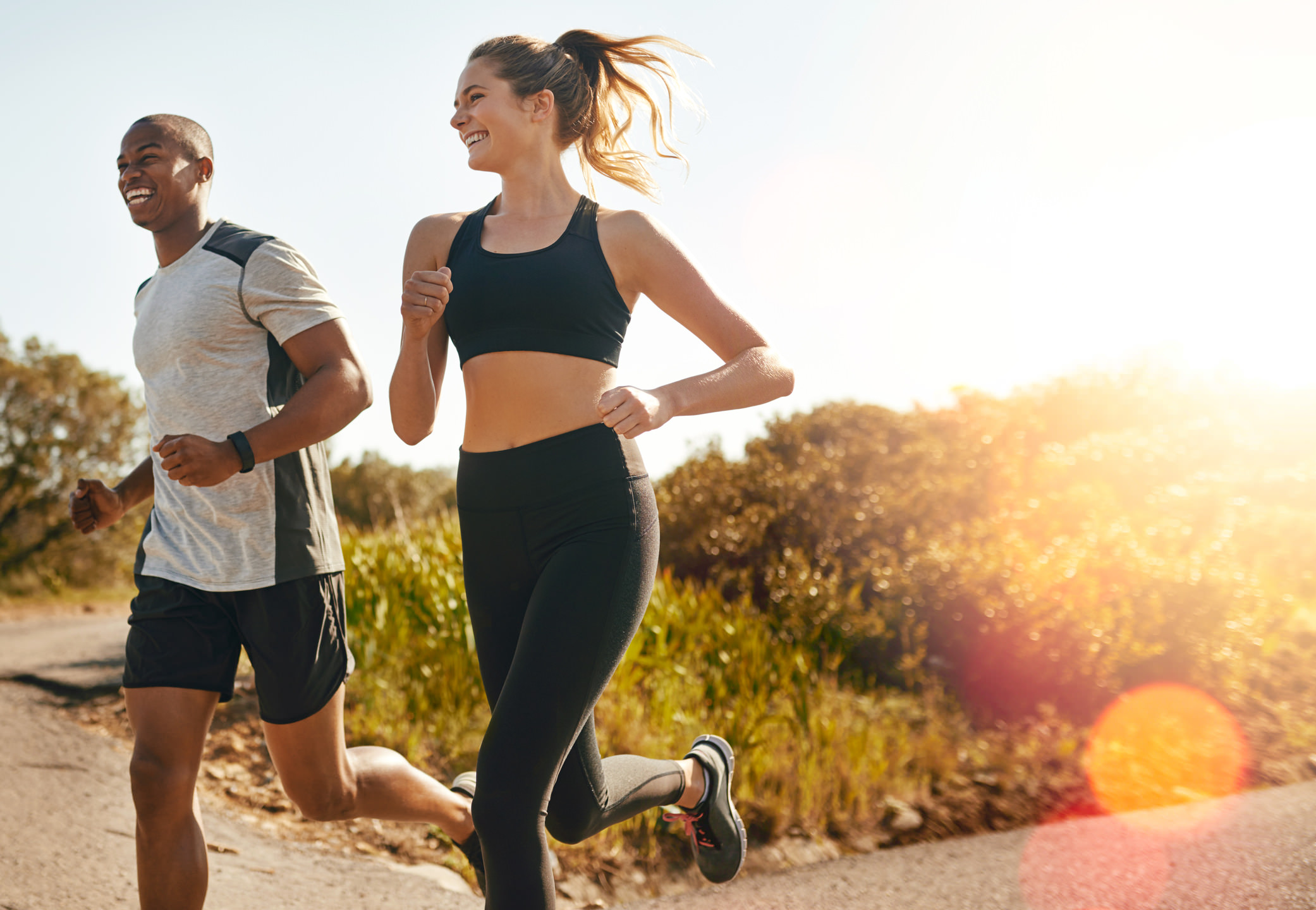 When you snap a photo, the clicking sound you hear is the shutter being opened and closed.

But a more important function of the shutter is to allow light in. Shutter speed is the second aspect of the exposure triangle

The movement of the shutter is actually a process by which a door in front of the camera's sensor opens and closes.

Shutter speed is measured in seconds and fractions of a second, like 15 seconds, 1 second, 1/200 seconds, or 1/1000 seconds. This makes it much easier to gauge than aperture because of the familiarity of the measurement of time. 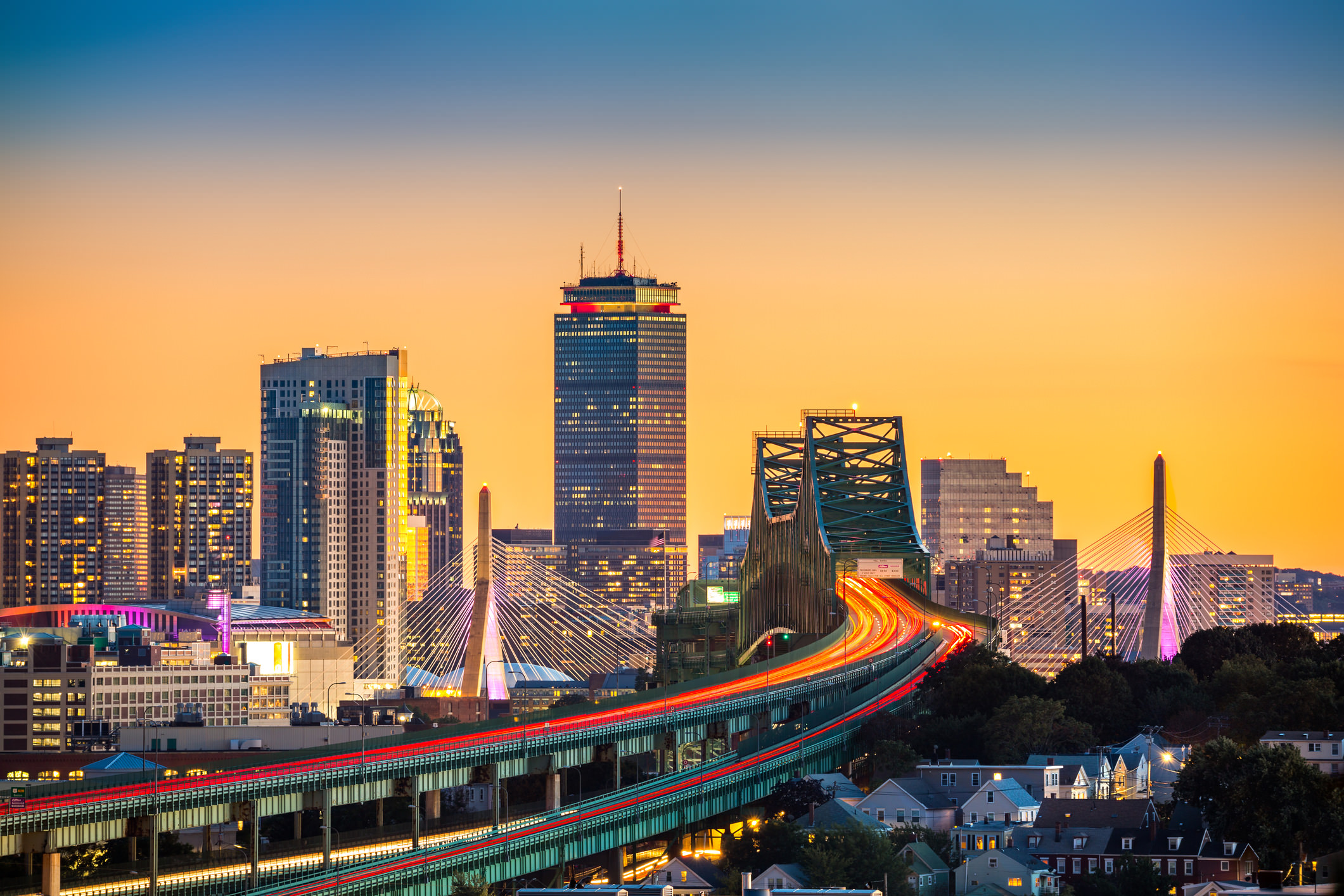 Shutter speed also determines the appearance of motion in your photos.

For example, in the image above, a slow shutter speed was used to blur the lights of cars passing over the bridge. If you wanted to freeze that movement, you'd need to use a faster shutter speed.

The tricky part is determining how fast or slow the shutter speed needs to be for the desired effect.

This is determined by several factors, including the speed of the subject you wish to capture. 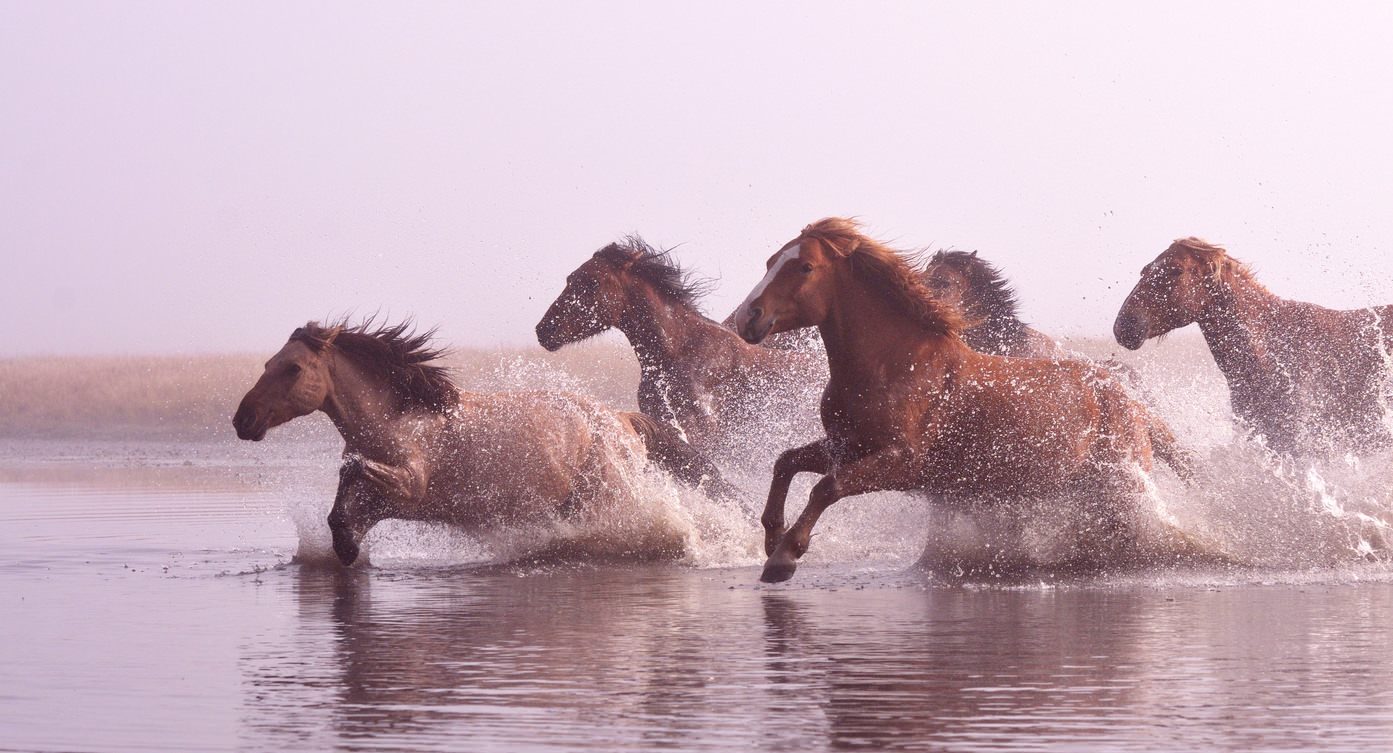 Probably the easiest approach here is to simply practice, bearing in mind that the slower the shutter speed, the more blur you'll get in the shot.

Like aperture, shutter speed can be controlled in manual mode, but an easier option is to use shutter priority mode (S or TV on your camera dial). This allows you to control the shutter speed and the camera will determine an aperture to match for a well-exposed image.

Watch a quick tutorial on shutter speed in the video above by Simple Photo School. 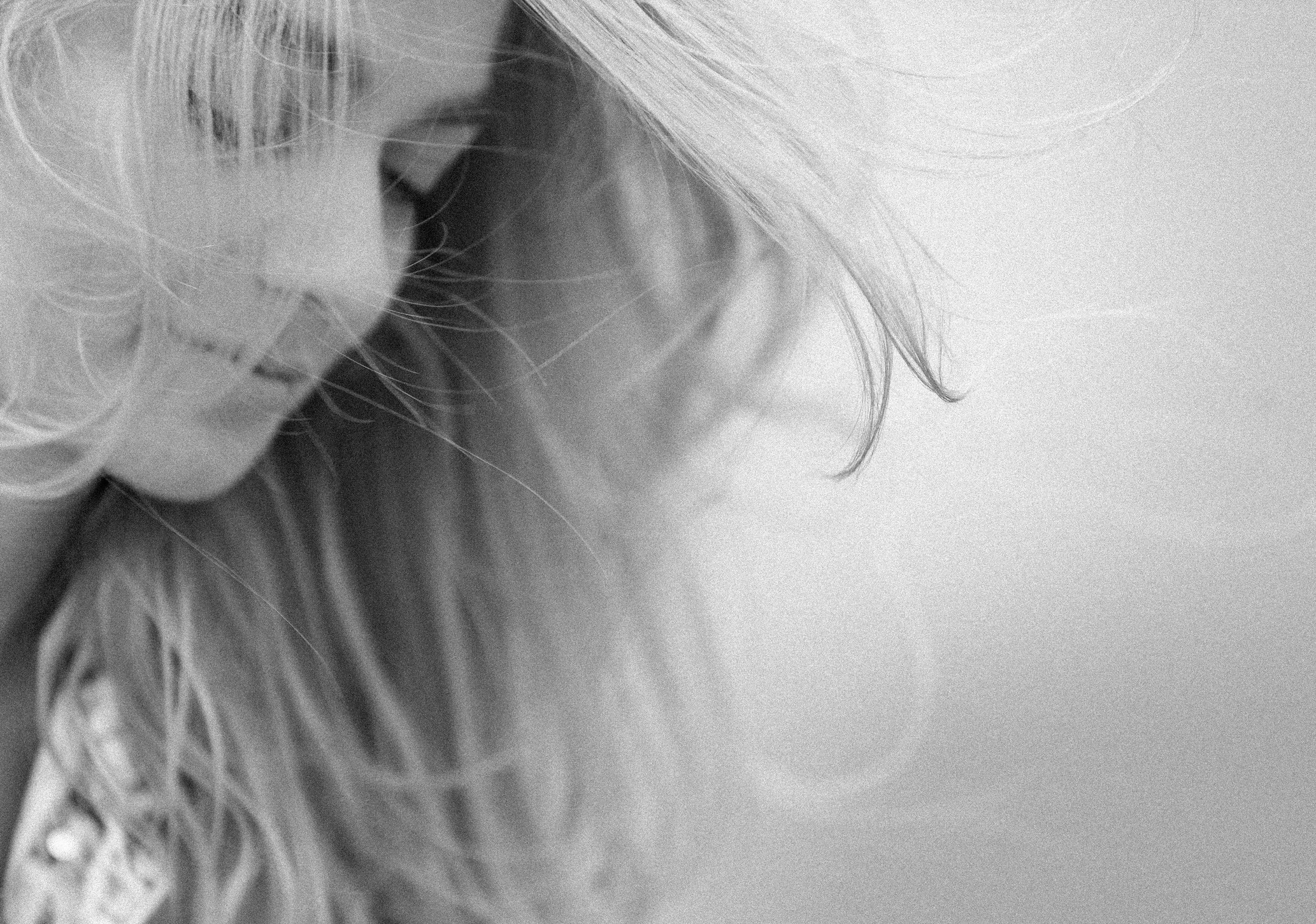 The final element of the exposure triangle is ISO.

As noted earlier, ISO refers to how sensitive your camera's sensor is to light.

Typically, when shooting in daytime conditions, as seen in the image above, you want to minimize the ISO since there is plenty of light available in that situation. ISO 100 would be a good choice there.

Conversely, as light fades outdoors or if you're shooting indoors, there's less light for the camera to collect. In those situations, you can raise the ISO, make the sensor more sensitive to light, and brighten your images as a result.

In addition to controlling the sensitivity of your camera to light, ISO also impacts the appearance of digital noise.

Digital noise looks like grain from the film days, and in many cases is not a desired look because it reduces the clarity and sharpness of images. 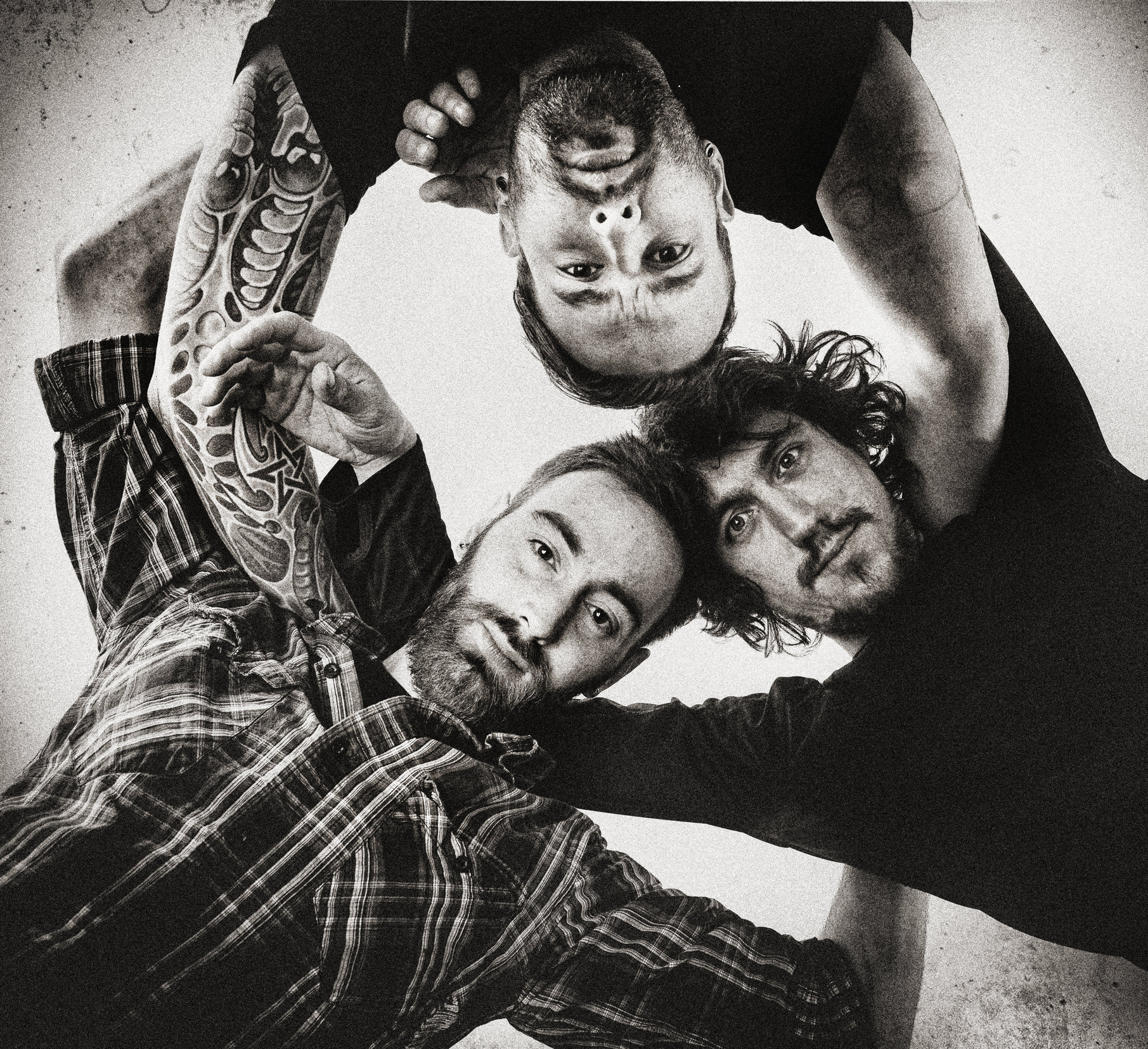 However, this isn't to say that grain is always a bad thing because it isn't. It can be used as a creative element, as seen in the black and white image above.

Learn all about program mode in the video below by GMAX Studios:

The difference between program mode and aperture priority or shutter priority is that in program mode, you can override the selections the camera makes.

So, you can select the ISO, and if the apeture or shutter speed the camera selects isn't what you want, you can simply change them. 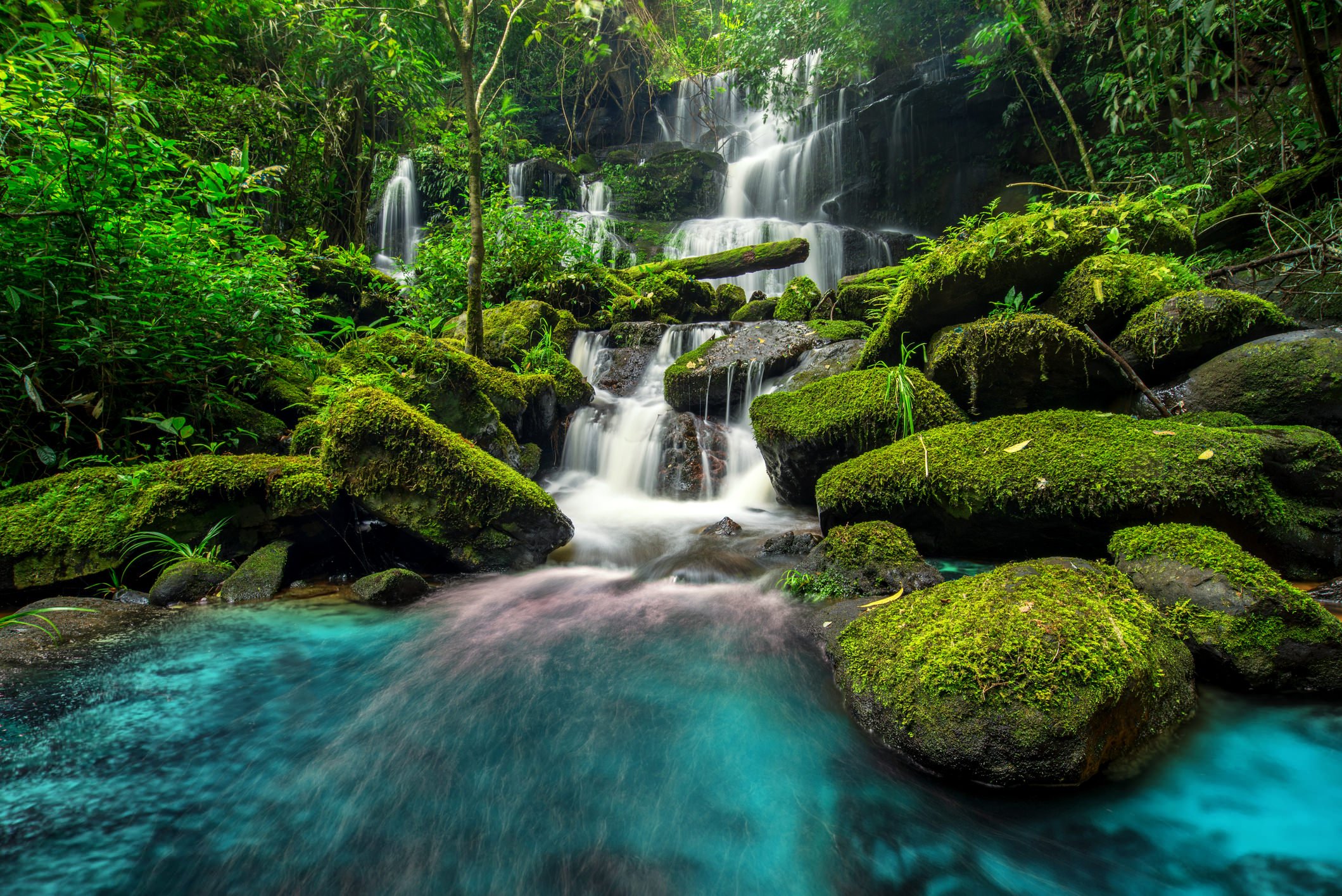 One thing to note about aperture, shutter speed, and ISO is that there is a common thread between them.

The light is either doubled or halved with every change in each value.

For example, moving from f/1.4 to f/1.8 halves the amount of light allowed in by the aperture.

Similarly, moving from a shutter speed of 1/200 seconds to 1/100 seconds doubles the duration the shutter is open, thus doubling the light.

ISO 400 is half as sensitive as ISO 800, therefore representing half the light.

In other words, when manipulating these settings, it's important to remember that if you change one value, you likely have to change one or both of the other values to maintain a proper exposure (unless you're shooting in aperture priority or shutter priority modes, then the camera handles those changes).

That means that if you change the aperture from f/16 to f/11 (thus doubling the light allowed in), you would need to halve the shutter speed or ISO to compensate for the additional light.

Though it might be a bit overwhelming to think of now, the more you practice manipulating these settings, the more adept you'll become at using them to your advantage.

Review this guideline as needed, print out the graph found earlier in this article, and check out the video above by Mark Wallace and AdoramaTV to get yourself in a position to take better photos by understanding the exposure triangle.