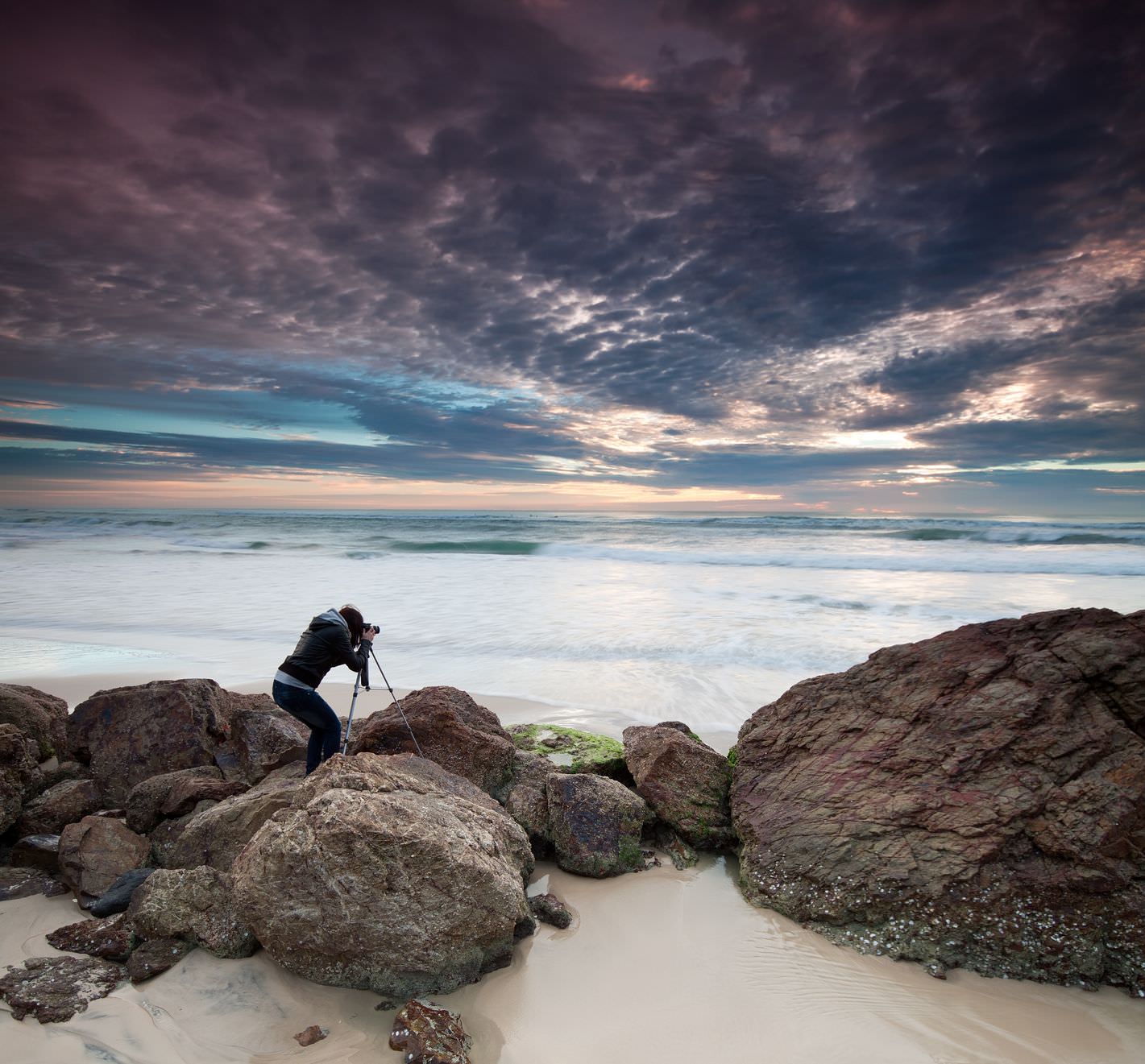 Have you had trouble getting that crisp, tack-sharp look in the photos you take with your digital camera? For many beginning photographers, this is one of the most frustrating problems with a new DSLR. It's commonly blamed on kit lenses, "bad" autofocus, and similar equipment issues. While those can certainly be factors, it's more often a problem with technique and, in fact, good technique can offset the problems your gear can cause. Here are a few tips to help you get the best possible sharpness in your photos with the gear you've got.

There's a very good reason for the AF capability of your digital camera and lenses - it's fast. In situations where you need to get the shot quickly or the subject is moving, it's probably faster than you are. Before you count on it, however, it's important to know how it works and what your options are.

Your autofocus settings should be one of the first things you dig into in your instruction manual. You will have the option to use all of the focus points in your viewfinder, only the central point, or specific points that you select. Most DSLR cameras give you an AF Servo mode, which will automatically track moving subjects and continually adjust the focus. It's likely that you also have a focus assist mode in low-light conditions that will fire a very short burst of flash lighting when you press the shutter halfway.

Learn what your AF system is capable of and when to use each feature. Practice using those features to learn which ones work as expected and which ones don't.

If you're counting on your AF system to focus for you, don't forget to prefocus by pressing the shutter button halfway and waiting for the visual or audio indication that focus is complete. Let the sytem have time to perform its functions before you take the shot.

(Success tip #1: Great way to learn photography when you don't have much spare time)

In situations that allow it, the best way to be sure of precise focusing is to do it yourself. Your AF system is smart, but it can't read your mind to know what part of the image is most important to you. There are also many subjects that will be difficult for your AF system to "read", such as very distant objects like the moon. Don't hesitate to switch the autofocus on your lens to "Off" when you can.

Here's one situation where you may need to overcome the limitations of kit lenses and other inexpensive glass. Cheaper manufacturing often leaves these lenses with a little bit of loosness in the moving elements, which you can feel and see. Many also have a tendency to "drift" when pointed up or down, due to gravity. When you focus with these lenses, pay very close attention to releasing your hold on the focus ring carefully, then check the focus again, and don't wait too long before you take the shot.

When you want to be sure you're getting the best possible focus on your subject, zoom the view on your LCD in on the point you want to be sure is sharp and set the focus there. You'll be surprised at how easily your eyes can be fooled into thinking you've focused on the right spot in the viewfinder or LCD at normal magnification.

Where you Focus is Important

There's an optimum focusing distance when you're looking for maximum sharpness from the foreground to the background in an image. It's based on the hyperfocal distance of the lens, and while it's a little complicated, it's worth taking the time to learn. As a rule of thumb in the meantime, try focusing 1/3 of the way from the closest object to the most distant.

For many beginners, what you interpret as focus problems in your shots is often actually motion blur caused by camera movement. This tends to be more of a problem with telephoto lenses, since motion is magnified as well as the scene.

Learn to hold your camera and brace yourself properly. Never try to hand hold your camera with shutter speeds slower than 1/60 of a second. Use a monopod or tripod when possible, as well as a remote shutter release or your camera's self-timer.

Most readers of this article probably already know how aperture size affects sharpness in a photo. For those that don't, here's a good article on the subject. It's just as important to know, however, that most lenses will actually start to lose sharpness at extremely small aperture settings, due to an effect known as diffraction. That means that f/22 might give you deeper DoF, but it isn't necessarily going to be sharper than f/16. Each lens will have an optimum aperture setting for maximum sharpness and you'll want to find it in lens reviews or by experimentation.

High ISO settings increase noise in your images and noise degrades sharpness. It's as simple as that. Always shoot at the lowest possible ISO setting for maximum sharpness.

Another lens issue that can cause a loss of sharpness in your photos is the tendency of a lens to bend different colors of light in the spectrum at different angles, causing them to strike the sensor in slightly different places. This causes what's commonly referred to as "fringing" and at high magnification, it shows up as colored outlines around areas of your shots. At normal magnification, it makes the edges of objects look fuzzy.

Although this is an equipment problem and can sometimes be corrected in post-processing, you can help reduce the problem by avoiding areas of very high color contrast and/or extreme differences in luminosity.

(Success Tip #2: Sell your photos of people easily, even if you're not a pro.)

Everyone's vision is different, so it's impossible for manufacturers to set the focus of a viewfinder for everyone. Instead, they provide a diopter that you use to customize the viewfinder to match your visual acuity. You'll usually find it close to the viewfinder, marked with + and - signs.

If you've been frustrated with an unexplainable lack of sharpness in your images, it's very likely that you need to adjust the diopter on your camera, especially if you wear glasses or contacts. It's a simple procedure and can be found in your instruction manual.

There you go! Nothing to this "sharpness" stuff, right? Alright, there's a lot to know. That's why it takes so much effort to be more than just another person with a camera. Hopefully these tips will help get you one step closer.

How to Get Sharp Photos in Camera