The Best Entry-Level DSLRs for Beginners in 2018 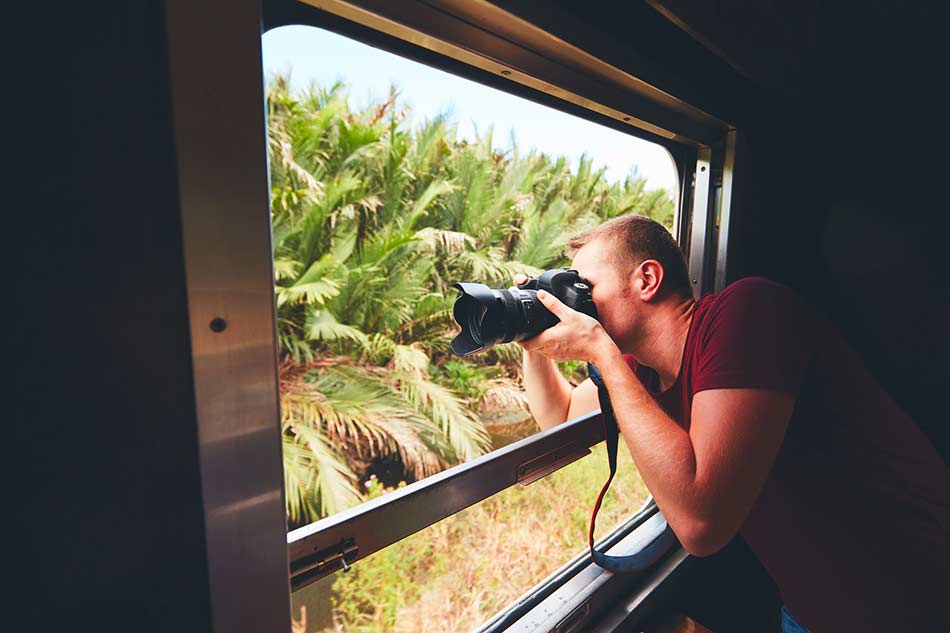 It’s not always easy to start using a completely new camera system, and if you’re thinking of upgrading from something simpler, like a point and shoot, the leap to DSLR can feel a little intimidating.

But the fact of the matter is no other camera system will help you learn photography faster or better than a DSLR. Mirrorless camera systems can be added to that as well.

The best entry-level DSLR can be your new best friend if you learn how to use it properly. One of the main reasons is, of course, the incredible flexibility it can provide you.

The lens choices available make this “traditional” system stand out in front of the mirrorless new kids on the block that don't offer as many lenses.

But perhaps the coolest feature of most beginner DSLRs is their amazing image quality. Even the low-end models of today are capable of results that would put professional cameras from a few years back to shame.

With that in mind, we've compiled our top ten picks for best entry-level DSLRs of 2018. Here they are in no specific order. 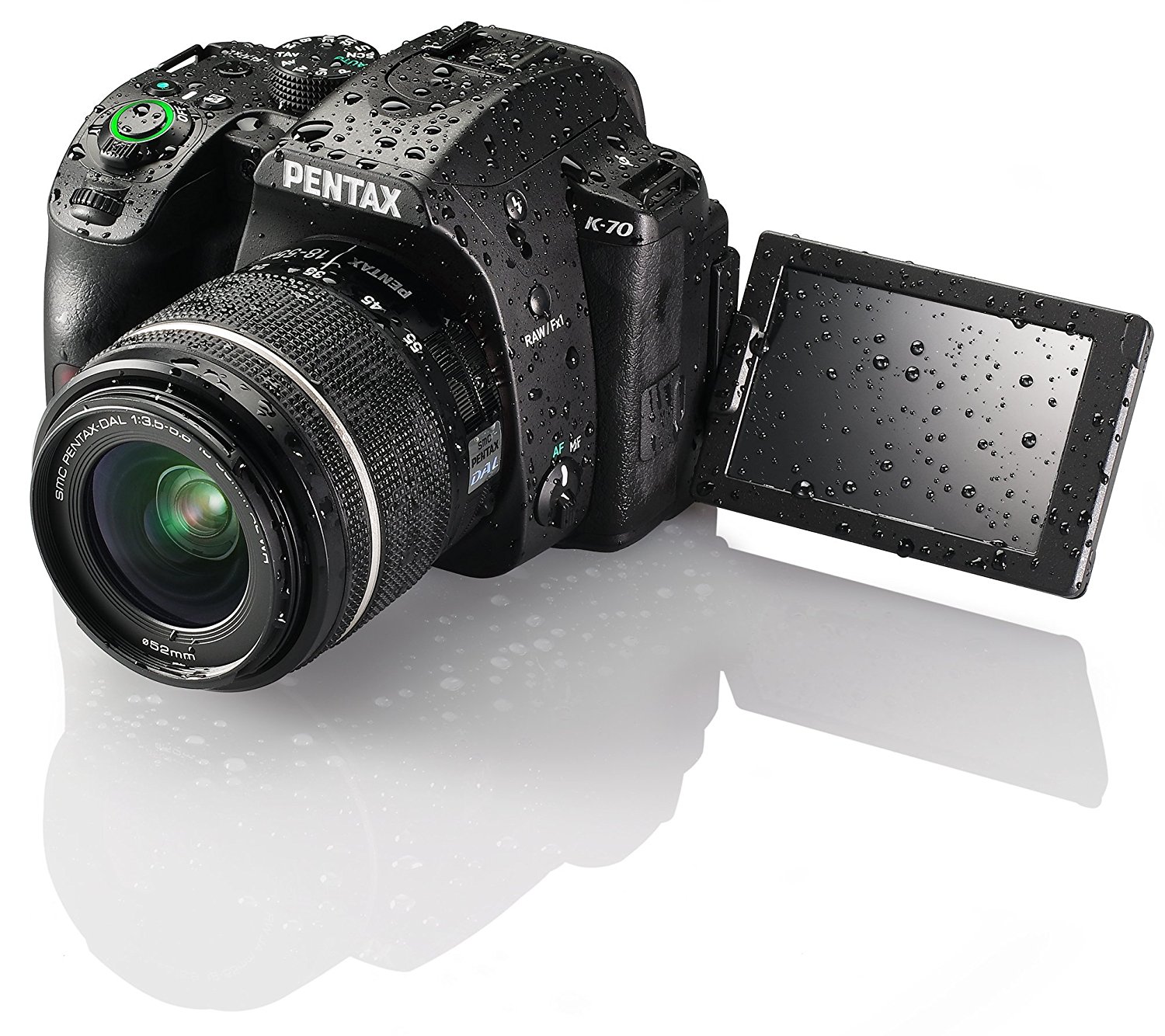 It's definitely not one of the most affordable models on our list, but the K-70, like most Pentax cameras, packs a lot of punch for the money.

Probably the first feature that makes it stand out from the crowd is the dust and weather sealing. This camera is made for the outdoors, and if you pair it with a weather resistant lens, you get a system that can you can be fully confident will handle tough conditions easily.

It’s powered by a 24.2 MP APS-C sensor, and it has a continuous shooting speed of 6fps and a high precision hybrid AF system that is known for its accuracy.

You can pick up a brand new Pentax K-70 body for around $600 as of this writing.

Get a complete hands-on review of the K-70 in the video above by The Camera Store TV. 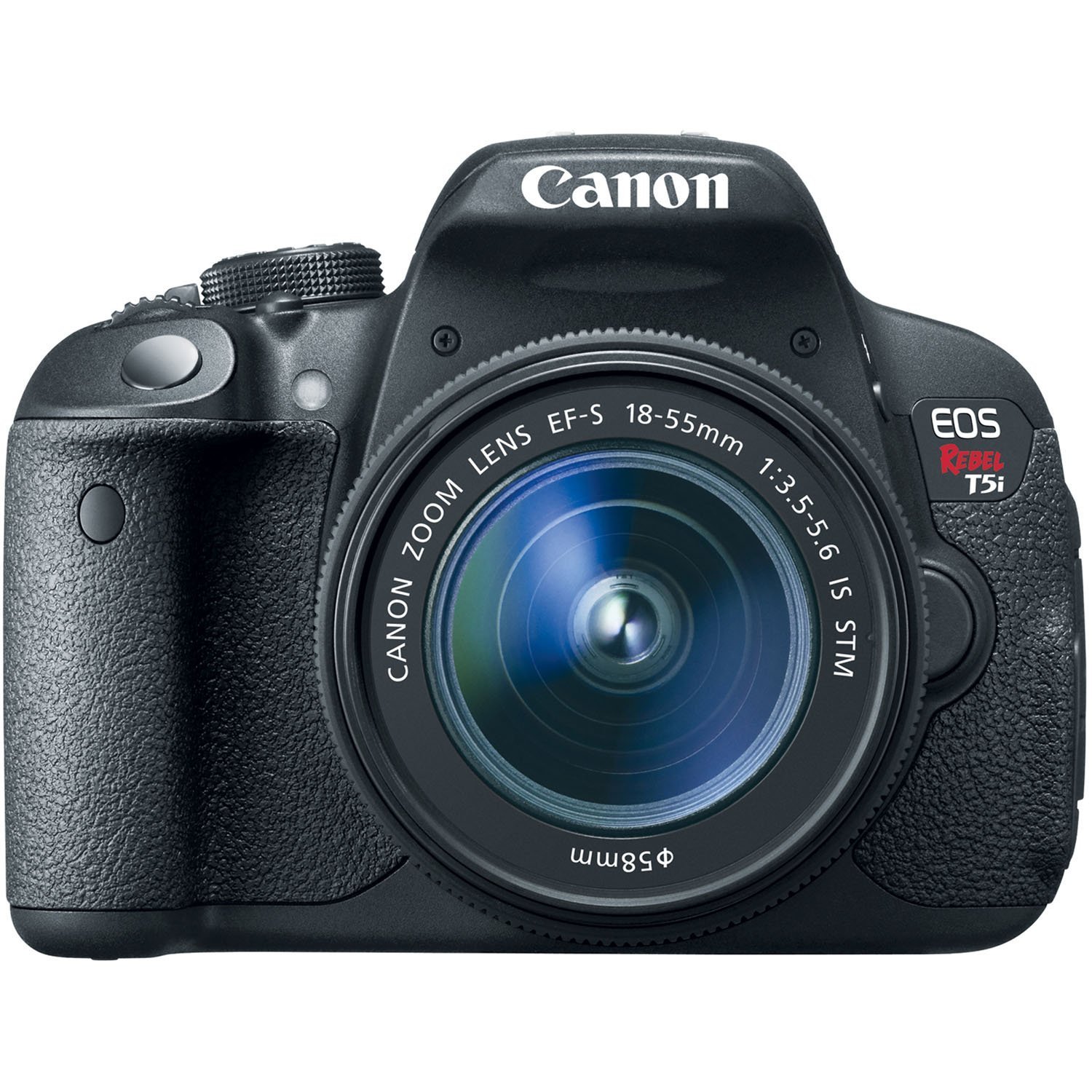 It might not be the youngest member of the group, but the Rebel T5i still packs a punch.

If you’re looking for something easy to use, very good image quality, and a body design that is still very much up-to-date, look no further.

But perhaps the best thing about the T5i is its price. It’s one of the most affordable cameras on this list at just $540 for the camera and a kit lens, and that makes it a terrific option for beginners looking for the best entry-level DSLR.

Editor's Tip: For even more capability without busting your budget, you might consider the Canon EOS Rebel T7i. It's four years newer than the T5i and packs more technology and capabilities for a price that's around $850 for the camera and a kit lens. 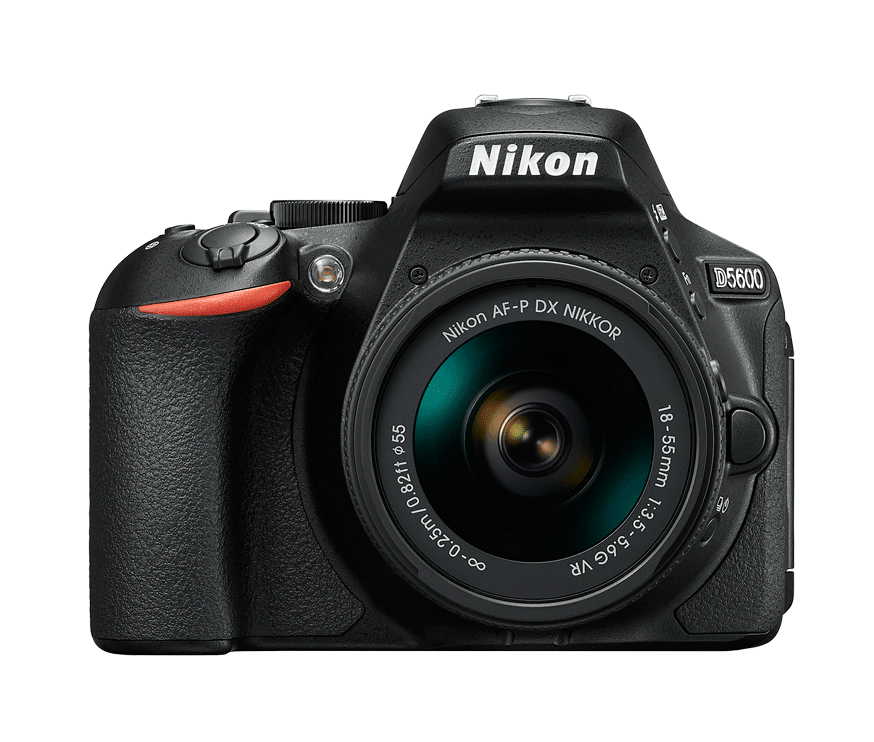 The newest addition to the D5000 family is this little powerhouse with a great set of specs and capabilities.

With a 24.2MP APS-C sensor, 5fps continuous shooting mode, and a very nice 39-point AF system, it is a camera for the more ambitious beginner who wants a tool that won't limit you a few years down the road.

As you would expect from any camera in this family, the D5600 has great ergonomics, a well-thought-out control layout, and a very nice 3.2-inch articulating screen with a resolution of 1,040,000 dots.

See all this camera has to offer in the video above by Chris Winter. 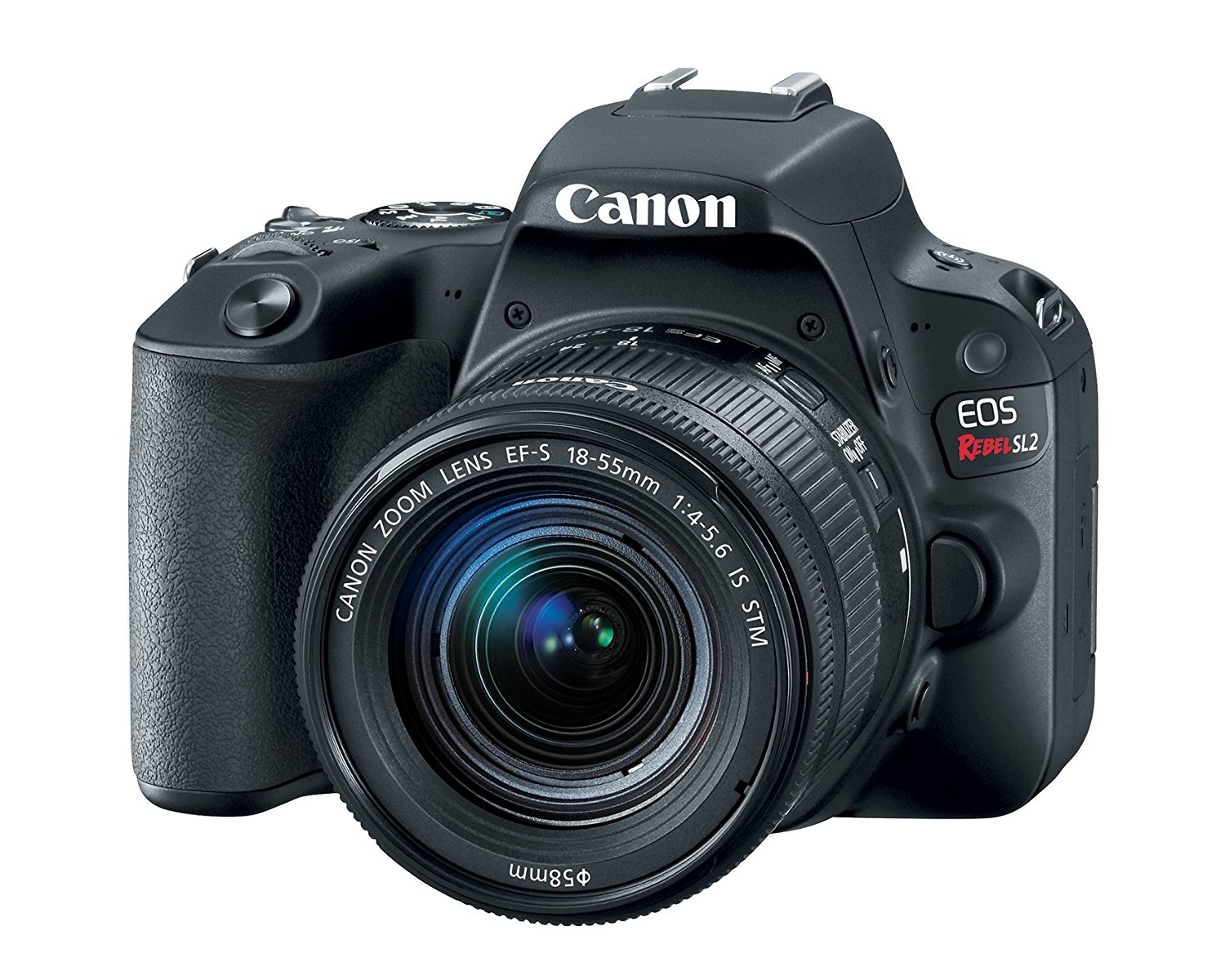 The EOS Rebel SL2 is one of Canon's smallest DSLRs, making it an ideal camera for younger photographers with smaller hands or older photographers that simply don't want to carry a big, bulky camera.

The camera body weighs just over 14 ounces, and is less than 5-inches wide.

What's more, the SL2 is outfitted with Canon's DIGIC 7 processor, which can process 14 times more data than the DIGIC 6 processor found in older Canon cameras.

In other words, this little camera is a workhorse, and with a price that's less than $650 for the camera and a kit lens, it's one of the best entry-level DSLRs on the market today. 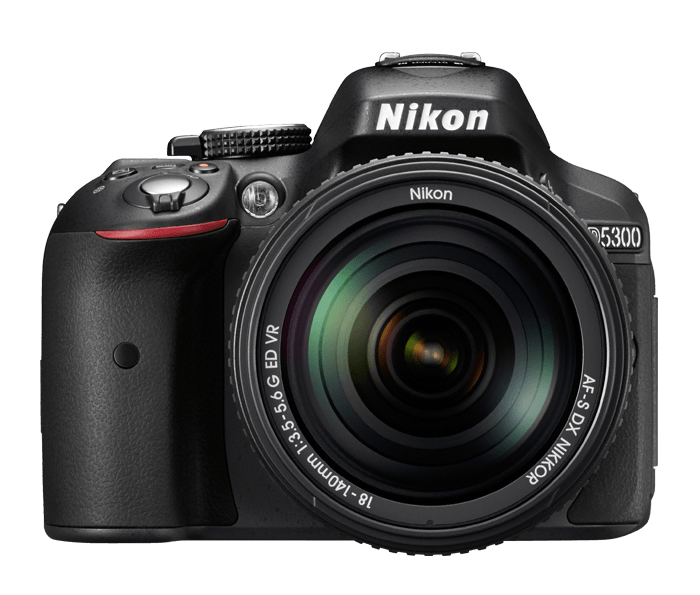 This is another smart choice for Nikon fans who don’t want to make a huge initial investment in an entry-level DSLR camera system.

The Nikon D5300 became very popular after it was introduced in 2013, and its success is largely attributed to the 24.2MP sensor that was later inherited by the D5500.

Again, this isn’t a new model, but it’s one of those deals that is just too good to pass up with a price tag well under $600 for the camera and a kit lens.

Learn more about this great little camera in the video above by Newpix. 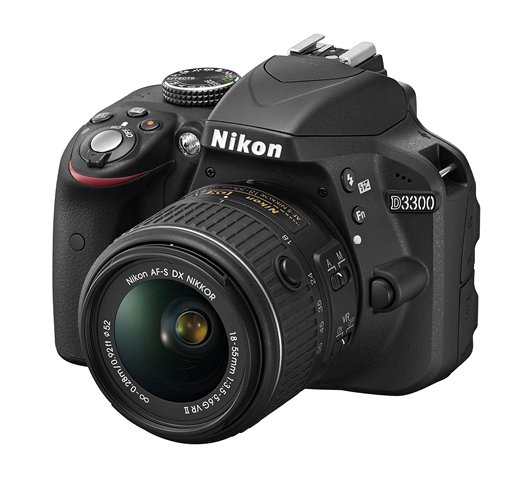 The great thing about the D3300 is that it’s almost identical to its younger sibling, the D3400.

Besides the excellent 24.2 MP sensor, it’s a very simple-to-use camera that will help ease your transition from a compact or bridge camera to shooting with an entry-level DSLR.

It's got a decent autofocus system with 11 autofocus points and 3D tracking capabilities to help you keep a moving subject in focus.

And with an ISO range that's expandable to 25600, this camera is a great option for taking photos in low-light situations, like indoors with dim lighting or outdoors at dusk.

The absence of an anti-aliasing filter means it will extract maximum detail, too. Sure, you won’t be getting built-in Wi-Fi or an articulated screen, but if it’s something you’re prepared to live with, the D3300 is a great first DSLR.

Editor's Tip: The Nikon D3300 is one of the least expensive cameras on this list at less than $400 for a camera body and kit lens. 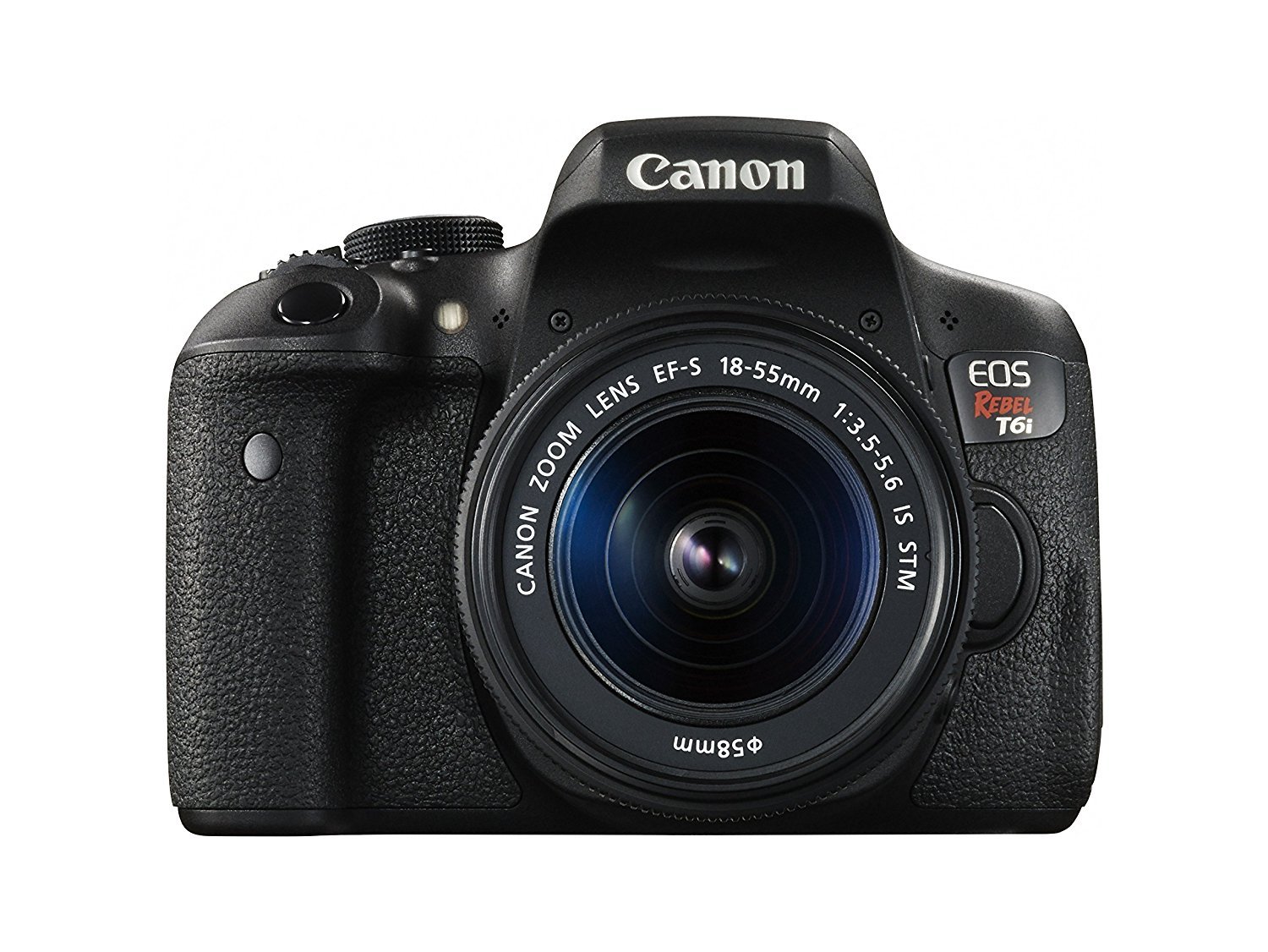 The Canon EOS Rebel T6i has always been a great deal, but when its replacement, the EOS Rebel T7i was released, prices on the T6i dropped. In fact, you can pick up a camera and kit lens for around $650!

The image quality that comes out of the T6i is nothing short of amazing. It’s definitely a mid- to long-term investment in this regard.

All this is made possible by the 24.2 MP sensor, and if you’re willing to spend a little more on an “L” lens, you will be blown away with the quality of the images you can capture.

Wi-Fi and NFC pairing are of course primary features of this beginner DSLR, which is to be expected from a camera that is still relatively new on the market.

The articulated screen is also touch sensitive, which has also become a standard that shooters of all capabilities enjoy.

See the T7i at work in the video above by Jims Review Room. 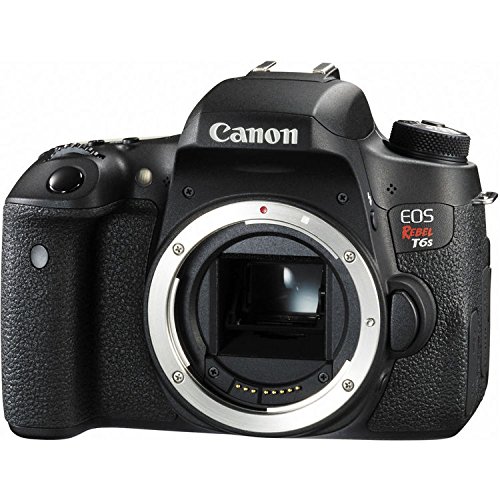 As you would expect, there are very few differences between the Rebel T6s and the T6i. In fact, it was an upgrade that had a lot of Canon fans confused.

With that in mind, the T6s does have a few features that help it stand out...

It has an additional rear thumbwheel that is familiar to photographers who use enthusiast models like the 80D. There’s also an extra top panel LCD for settings and information which makes it easier to quickly check and adjust camera settings.

Obviously, the image quality is identical to the T6i, and that means it is superb.

Other shared features between the two cameras include an expandable ISO range to 25600, a 3-inch fully articulated LCD, 5 fps continuous shooting, and built-in wireless. 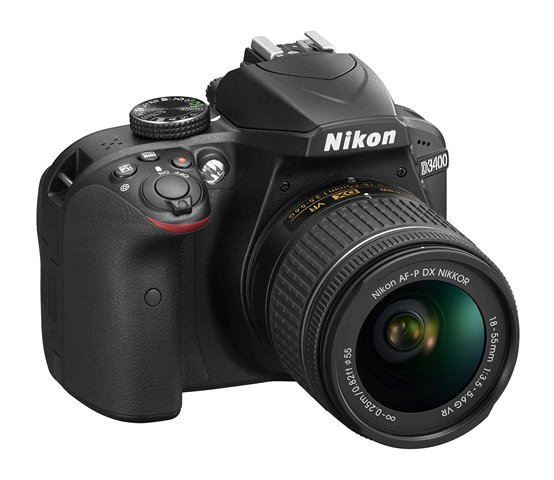 Like the Nikon D3300 reviewed earlier, the Nikon D3400 has a 24 MP APS-C CMOS sensor that lacks an anti-aliasing filter for sharper images.

And while these two cameras share many commonalities, the D3400 has a higher ISO range (up to 25600), an improved battery life, and Bluetooth and smartphone controls.

That makes the D3400 an excellent all-around buy for photographers that want a beginner DSLR camera.

See a side-by-side comparison of the Nikon D3300 and D3400 in the video above by Chris Winter. 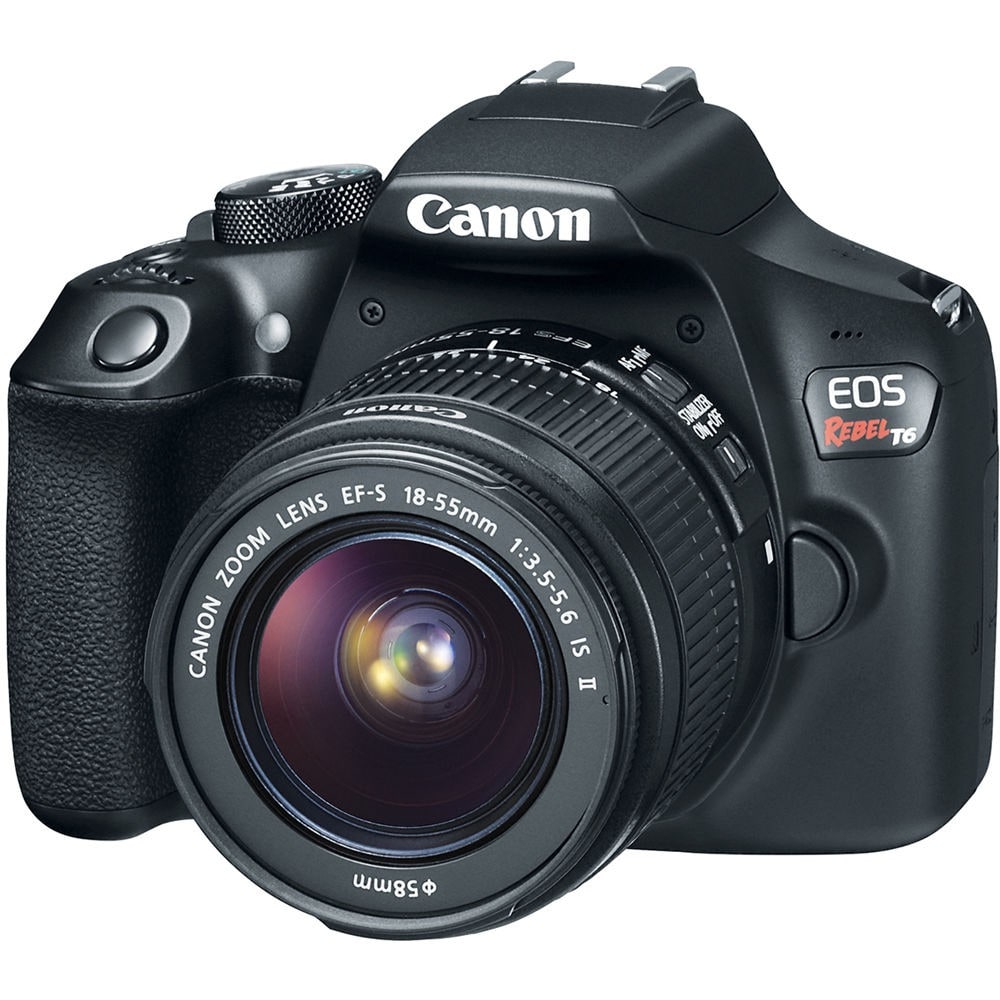 The Rebel T6 is equipped with the same 18MP sensor as its predecessor, the T5, but it has an upgraded processing engine that produces better results, although major differences should not be expected.

It does, however, include Wi-Fi and NFC, which for a lot of people are very important features. It also has improved ISO performance for low-light shooting.

The screen has been updated from an obsolete 406,000 dots to a 920,000 dots unit that makes it easier to review your shots. The 9-point autofocus system is certainly not the most modern, but for beginner photographers that are just learning the ropes with an entry-level DSLR, this is a good option.

Editor's Tip: When considering the best entry-level DSLRs, don't just look at the price. Also inspect a camera's specifications like the number of megapixels, continuous shooting speed, video capabilities, and ISO performance. Also consider whether the camera comes by itself or if it is packaged with a kit lens or other accessories.