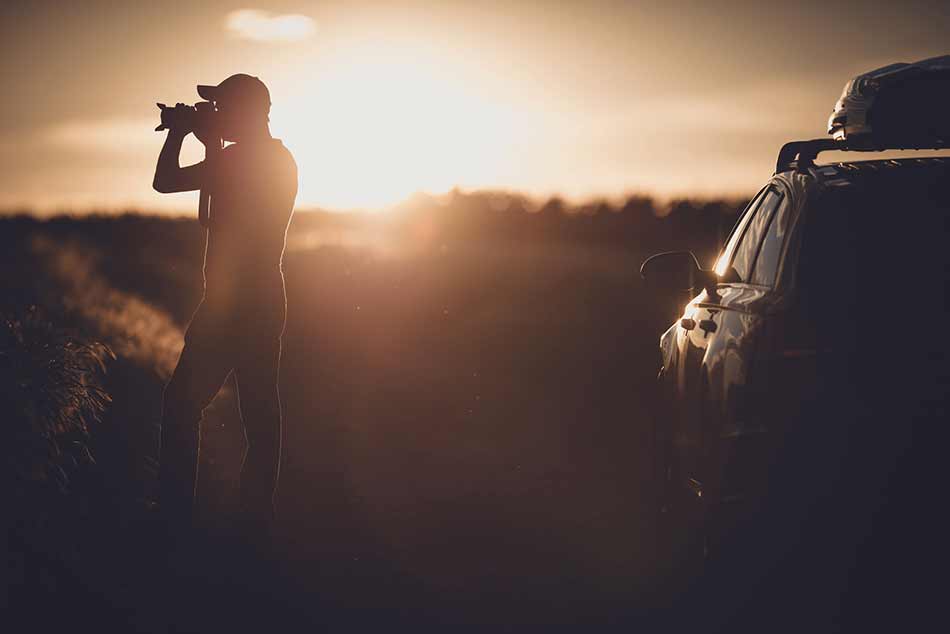 "Zoom with your feet" is a common phrase uttered by many photographers, myself included.

It's used to argue that though prime lenses (those with a fixed focal length like 50mm, 85mm, and so on) can't zoom, that you can still get a similar effect as a zoom lens by physically moving nearer or further away from a subject.

In other words, if you take two photos of the same subject, one that's zoomed in with a zoom lens and another that's zoomed in by zooming with your feet, there will be a noticeable difference in how the images look.

The question is, what are the differences in these results, and which method is better?

Jay P. Morgan of The Slanted Lens offers up a nice tutorial on this subject in the video above.

Have a look at the video, and for a detailed explanation of the topics he raises in the video, check the outline below!

Zooming With a Lens 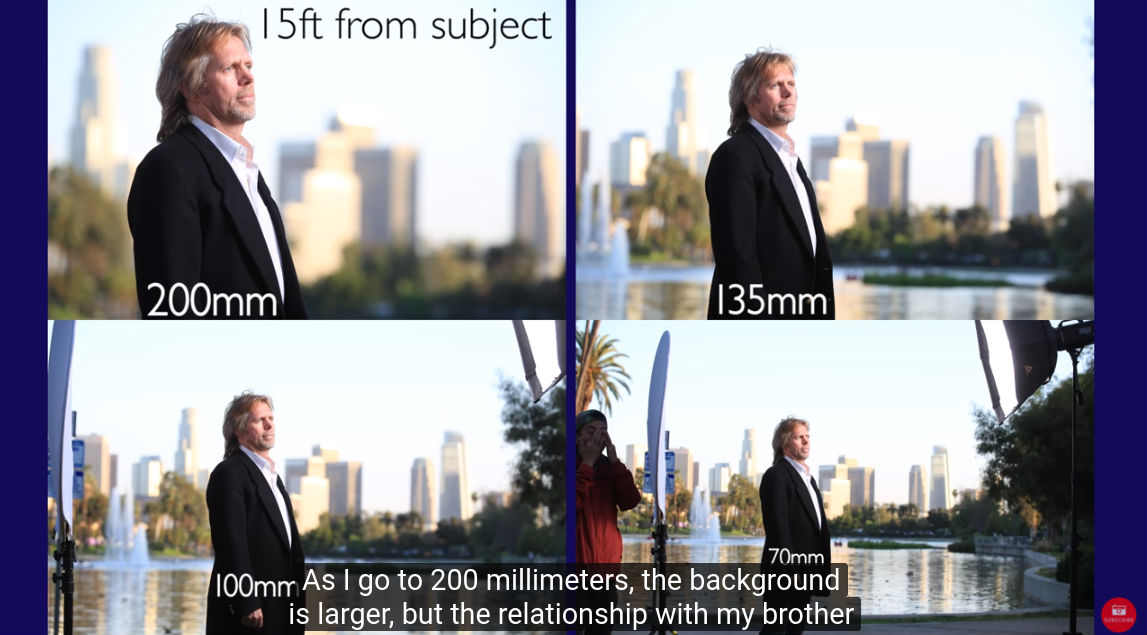 One of the best advantages of shooting with a zoom lens is its versatility - in a single lens you can cover a variety of focal lengths and replace two, three, perhaps even four prime lenses with a single zoom.

In the screenshot above, you can see how Jay P. Morgan was able to take four photos at four different focal lengths, all with the same lens.

That fact alone is enough to draw people into the world of zoom lens ownership.

But something else that's useful is that when you utilize a zoom lens, no matter what focal length you're using, the relationship between the foreground and background remains the same. 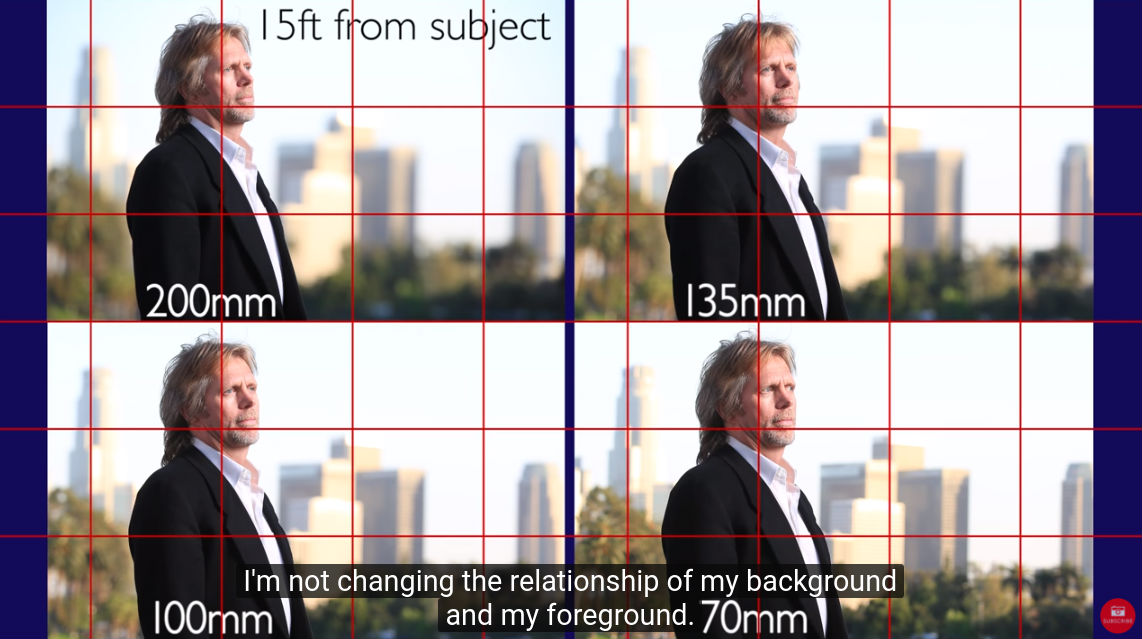 Looking at the screenshot above, you can see this concept in action.

Notice how that even though the background got larger with each successive change in the focal length in the first screenshot, that the relationship between the man and the background remains the same in the second screenshot.

That's because with a zoom lens, you're just cropping the image with each change to a longer and longer focal length, and as a result, the visual relationship of the foreground and background are consistent from one shot to the next.

In other words, if you want a consistent look from frame to frame, use a zoom lens.

Zooming With Your Feet 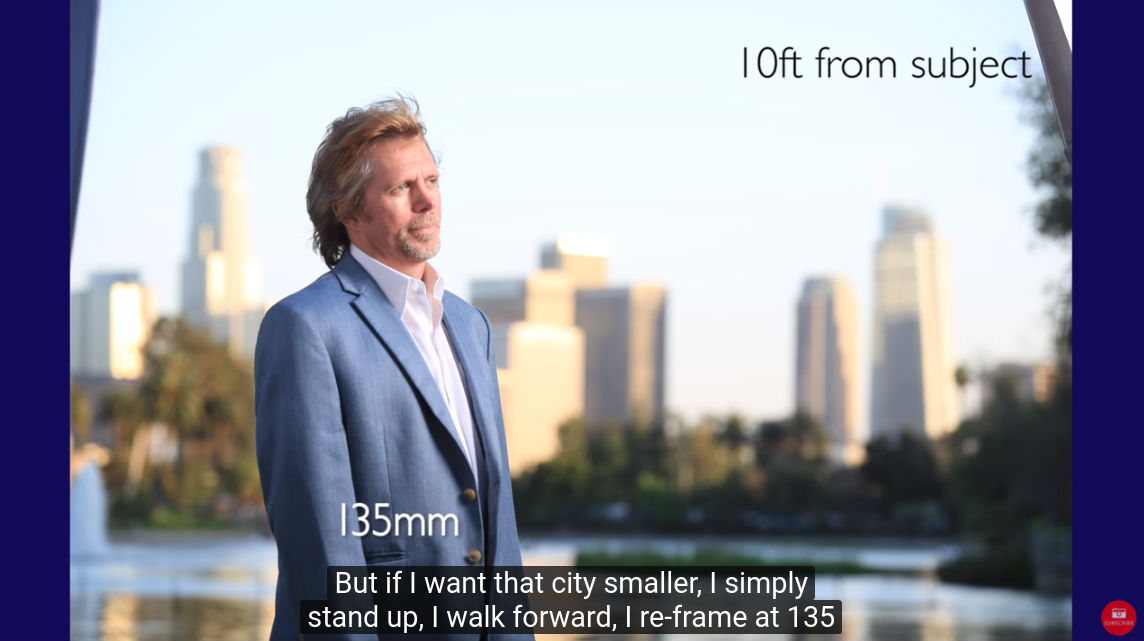 The advantage of zooming with your feet is that you can change the perspective of the foreground to background.

That is, if you want the background elements to be larger or smaller, you have to move your feet to get that effect.

When using this technique, it's important to keep your subject the same size in the frame, though.

That means that when you're using a shorter focal length, you need to move closer to the subject, which makes him stay the same size, but the background appears further away, as seen in the screenshot above. 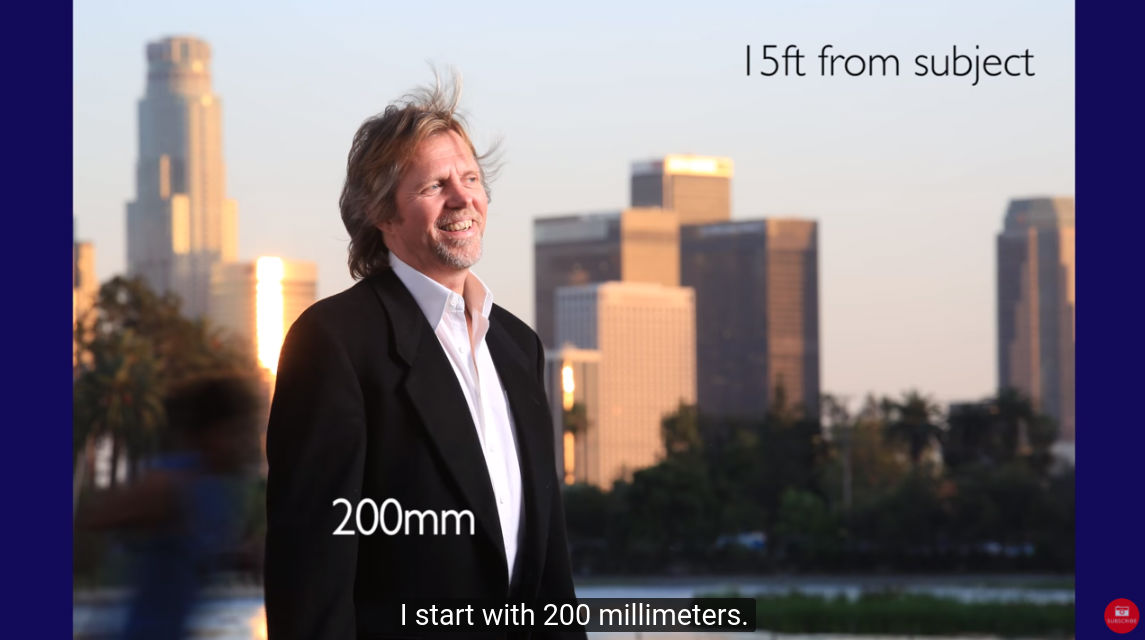 Conversely, as you move further back from the subject and use a longer focal length lens, again, you can keep him the same size in the shot, but the background appears to come in.

Note the difference in the appearance of the background from the first screenshot and the one immediately above.

It's quite a difference, isn't it? 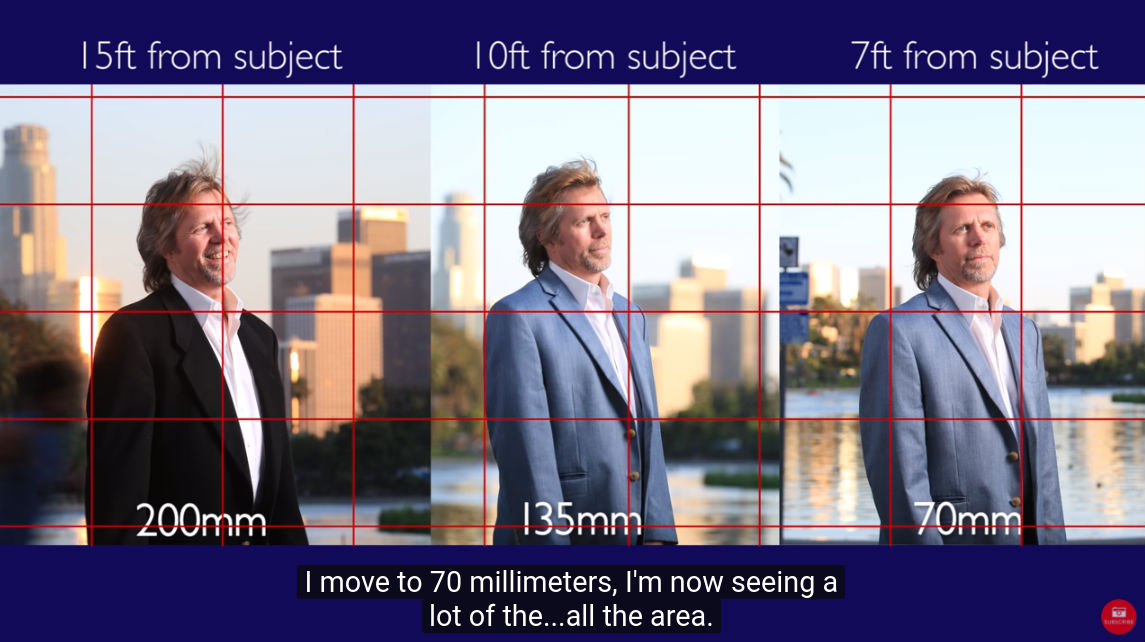 In this screenshot, you can see even more of a difference between the three focal lengths that were used.

This is an important detail to remember because if there's something in the background that you want to eliminate, you need to move further back from the subject and use a longer focal length lens to draw the background closer.

On the other hand, if you want there to be the appearance that the background is much further away, zoom with your feet, get closer to the subject, and use a wider focal length lens.

Of course, this concept also works by moving your subject, too! 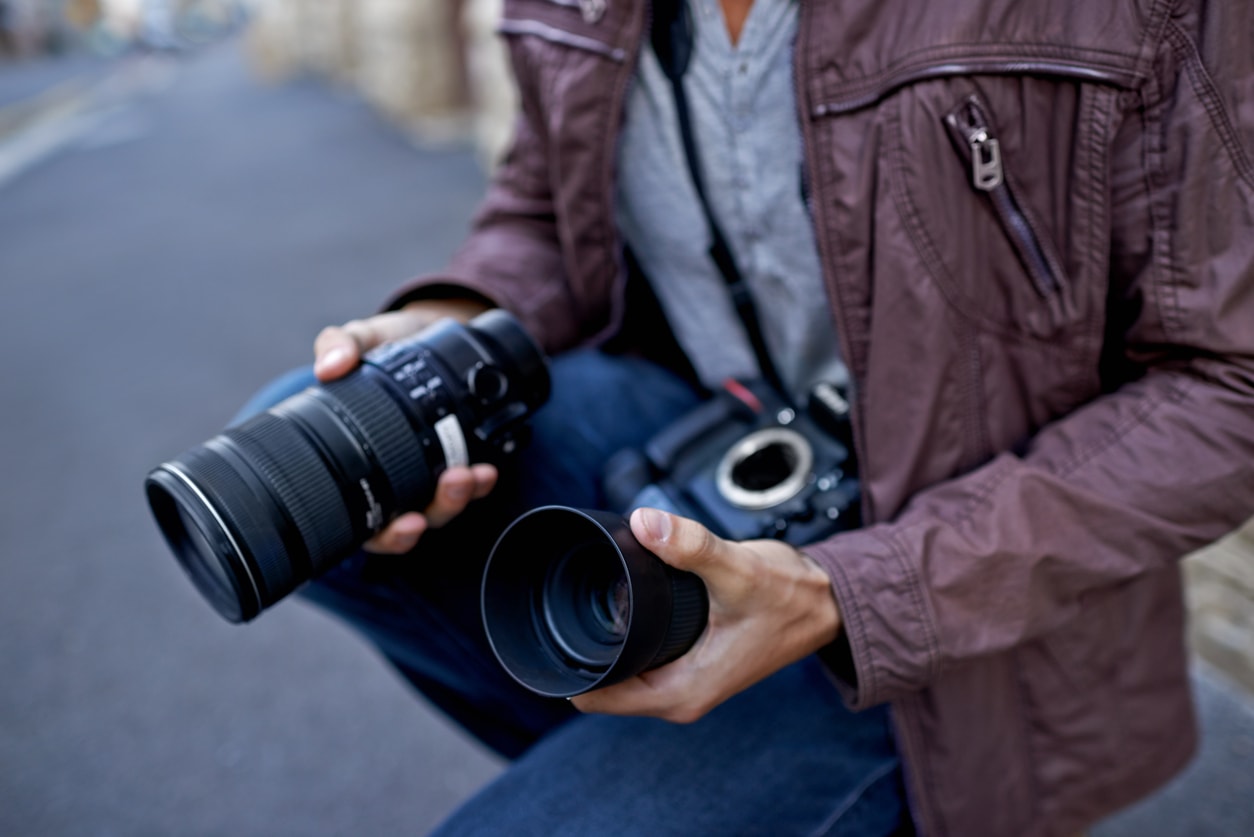 So, there you have it.

Remember - if you want to maintain consistency from frame to frame, use a zoom lens.

However, if you want to change how your subject looks relative to the background, zoom with your feet and change your focal length.

Time to put this trick into action - good luck!